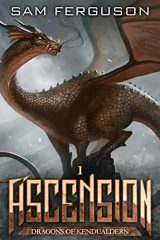 Gorliad is the first crowned prince to hatch in centuries. But can he rule?

Destined to one day conquer a kingdom of his own, he begins his rigorous training and progresses wonderfully. That is, until a rival dragon descends upon the kingdom in a ferocious battle that leaves Gorliad crippled, and bereft of his birthright.

The young dragon will need to find the fires deep within his soul if he is to overcome his handicap, but even victory may bring defeat as he will have to risk his father’s kingdom and everything in it to ascend to his promised throne. 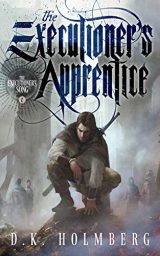 Executioners search for justice, not vengeance. Finn questions why it can’t be both.

As apprentice to the master executioner, Finn struggles to understand his place in the city as he searches for truth in those sentenced. The job is more complicated than he ever imagined. He’s proven his understanding of the basics, but for him to serve as an executioner—if that’s what he wants—he needs mastery.

Distracted by his search for a way to heal his still ailing mother despite the hegen magic, he finds himself at odds with the master executioner.

When assigned his first solo case, he knows he needs to impress Meyer. An investigation into a fire that burned through an entire section of the city leads Finn to learn of a greater threat to Verendal—and the entire kingdom.

When only Finn believes there’s more to the fire, can he save the city or will his quest for vengeance finally lead to his downfall? 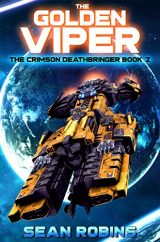 Will the galaxy survive?

The Xortaags are back with a vengeance. Not being the forgive-and-forget types, they’ve conquered the Akakie homeworld, and now they set their sight upon Earth. Having reverse-engineered the advanced technology they scavenged on Kanoor, they now hold the key to rule the universe forever. It now befalls to Jim and his friends to save not only humanity, but every sentient species in the galaxy.

To make matters worse, an even more sinister threat is looming in the darkness. Unknown to our heroes, a time-travelling alien fleet is on its way to our neck of the galactic woods.

You thought the stakes were high during the first human-Akakie-Xortaag intergalactic war? You ain’t seen nothing yet! 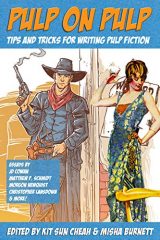 These were the watchwords of old-school pulp fiction: fun, fast-paced, and immensely popular with readers.

The pulp era is coming back.

Blending timeless lessons from the grandmasters of the pulp era with the genres, tastes and technologies of today, PulpRev forges boldly ahead into the future of fiction.

Hugo and Dragon Award nominated writer Kit Sun Cheah teams up with Misha Burnett to compile a selection of essays on the PulpRev aesthetic from some of the leading writers in the movement.

Pulp on Pulp covers:
* How to plot like a pulp grandmaster
* How to write 5000 words a day
* The secrets of writing fantastic fight scenes
* Worldbuilding and character creation tips
* And many more!

PulpRev is the Revolution, Revival and the Renaissance of Pulp. Take the plunge into the new pulp era and become the best writer you can be! 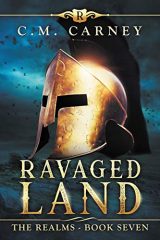 When the gods wage war, the innocent suffer.

The Realms face annihilation, and their greatest defender has gone missing.

When Gryph is torn from the Realms by the Light, an ancient secret society sworn to end the threat of the High God Aluran, he has one mission.

Get back to the Realms, at any cost.

The Light offer Gryph a quest. “Help us resurrect the Source and together we can free all the peoples of the Realms.”

But things are not what they seem and Gryph soon discovers that even in the Light, shadows fester.

Shadows that could doom the Realms to eternal darkness.

To save his sister, his friends, and the people of the Realms, Gryph must win the war of the gods. 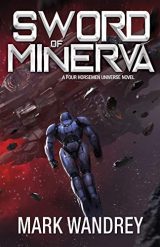 Taiki Sato had long been the genius behind the Winged Hussars’ success. He spent years innovating, discovering new technologies, and generally making a nuisance of himself. But when he took his first trip to 2nd Level Hyperspace, everything changed. He created an innovative pinplant design, which he had Nemo, the Hussar’s Wrogul physician, install. A short time later, he executed a perfectly planned escape, disappearing from New Warsaw.

The new pinplants had awakened memories previously forgotten. A thought here, a scene there. Bit by bit, he began to realize he was missing a huge part of his life’s memories. Maybe most of it. So, with one of the clones of Rick Culper, a deceased marine Nemo had resurrected to experiment on, Sato snuck away to find out how far down the rabbit hole his memories would take him.

With Rick’s body installed in a new, incredibly powerful suit of armor known as an Æsir, the two return to Earth, where Sato was born. But he’s not the only one interested in his history; powerful entities from his past are very curious where he’s been.

The journey of rediscovery will take Sato back to the beginning, not just of himself, but of how he’d changed the course of humanity’s involvement in the Galactic Union. And—if he and Rick didn’t have enough to deal with—they have a stowaway.

In the end, he will find out who and what he was. The Sword of Minerva. 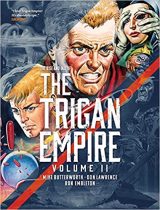 Among the distant stars, fractious tribes come together to found a mighty empire that will wage war against aggressive kingdoms, battle alien invaders, and conceive of incredible new technologies. This extraordinary volume continues to chart the glorious Rise and Fall of the Trigan Empire!

A landmark in British comics history, painted by the legendary Don Lawrence in stunning, classic style, and springing from the grandiose pen of Mike Butterworth, this is an epic tale that creates a new far-future science fiction mythos that captured the imagination of a generation.

Corporate flameout Ned Altimer dreams of leaving his world behind. So when Earthblood Online splashes onto the VRMMO scene, he dives in and never looks back.

His advantages are twofold: exclusive access to the game’s three-day Head Start period, and a ridiculously handsome talking axe named Frank who has knowledge of the game’s deepest secrets…if the magnificent Frank ever feels like sharing them.

But those advantages also make Ned a target. Once the Head Start period ends, his fellow players will stop at nothing to rip that suave, violent-yet-disarmingly-charismatic axe right out of his hands.

In seventy-two hours, the greatest manhunt in gaming history is set to begin.

It’s gonna be a lot of fun.