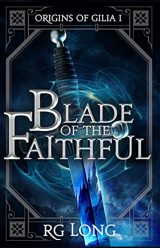 Kyne, a quiet warrior, is beaten and bloodied. Left for dead on an island beset with pirate attacks and a mysterious sickness, there’s little hope for his future. Though his wounds may heal, his fate is unsure.

Eileen is a wild but confident healer. Ostracized for her skill as a potion maker, the very bravest seek her out for her restorative balms. After saving Kyne from bloodthirsty pirates, she becomes entangled in a journey of fate.

Together, they set out to recover the one thing that may rid the land of plague. But they aren’t the only ones who covet the precious cure. The pirates who seek to plunder and pillage may have more nefarious plans of their own.

Will Kyne seek out his own good and leave the island behind, or will he aid those in desperate need? 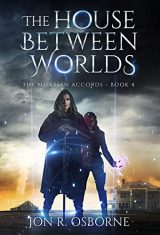 The House Between Worlds (The Milesian Accords #4) – Jon R. Osborne

The Milesian Accords have fallen, but their shadow remains.

As magic returns to the mundane world, so do supernatural creatures. A federal agent seeking answers, a spurned Nephilim searching for his fae-blood wife, and a primeval goddess hungering for power all seek Liam Knox, the First Druid of the Accords.

New allies and old foes appear as paths converge on a nexus between realities. No longer a simple farmhouse, the druid’s home has become a pathway between worlds and a locus of power.

Can Liam protect his family? Can he shield those who have no other place to go? And can he keep magic from destroying this world? 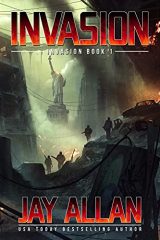 The future. It holds all sorts of positive potential…technological advances, increased life expectancy, improvements in society. But there are negative possibilities too, and perhaps the worst of these is the arrival of an alien race…not just anyone, but a hostile one, intent on conquering humankind.

Hugh McDaniel lives in Queens, New York. He is a genius, and he has been struggling to pick one area to focus his life’s work on. His brother and best friend, Travis, is a Marine officer. They get along very well, despite the differences in their lives, but when the aliens suddenly invade and destroy their entire culture, they are forced to struggle in the ruins, at first just to survive, just to find basic food and medicine. But soon, they set their sights on more…on resistance, and on reclaiming their planet from the invaders.

The invaders finally launch a massive attack, large enough to utterly destroy the humans in New York, but Hugh has a forlorn plan, a way to, just maybe, defeat the assault. But while he is frantically preparing his crazed operation, Travis is leading the desperate mission to find the enemy, to discover what they really want. And when he does, it is more terrible than anything he had ever imagined. He tries to return home, to bring the news to everyone that the engagement between humans and aliens is absolutely a fight to the finish, that surrender isn’t even a possibility. But will he even have a home to return to? 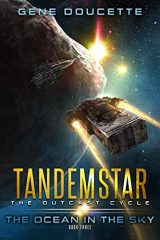 The Ocean in the Sky (Tandemstar: The Outcast Cycle #3) – Gene Doucette

In the heart of the authoritarian country of Wivvol, astronaut Xto Djbbit is about to embark on his first mission off-planet when the exiled High Hat of Chnta comes to him with an unusual request: help smuggle a Septal artifact out of Wivvol. It’s an impossible favor to ask of Xto, yet impossible to refuse; the High Hat of Chnta is also his uncle.

Awaiting for Xto in space is his estranged father—who has his own impossible favors—and a mysterious anomaly whose secrets Xto is uniquely positioned to unlock.

On Lys, the space station for the super-wealthy, former Septal Other Dorn Jimbal struggles to understand what Professor Orno Linus learned before his untimely murder. Did Orno truly figure out how to stop the Outcast?
To get to the heart of Linus’s research, Dorn is going to have to work with the one person they absolutely cannot trust: Viselle Daska. 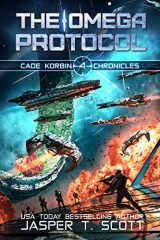 Cade Korbin finally has more credits than he knows how to spend. He also has the alien entity known as “Alpha” and the power of the swarm on his side. Deciding to leverage his good fortune, Cade starts his own guild dedicated to hunting the galaxy’s crime lords and the corrupt authorities that shelter them.

Meanwhile, tensions are simmering along the border between the Alliance and the Coalition. A ceasefire was declared, but both sides are bitterly licking their wounds.

Cade’s plans are interrupted when he learns of a dangerous operation, code-named The Omega Protocol. Alpha has already warned him about “Omega,” an entity from the future whose only goal is to cause chaos and destruction.

In order to stop The Omega Protocol, Cade must cut a deal with the very enemies he sought to eradicate. Together, they must act quickly before Omega can be unleashed and usher in a dark age the likes of which the galaxy hasn’t seen since the Priors mysteriously disappeared. 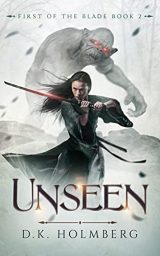 Having found the true power of her blade, Imogen must use it to protect her people.

After preventing her brother from taking the power of the Porapeth and becoming the very thing her people have defended against, Imogen now chases him, believing he can still be saved.

When a dangerous creature not seen in centuries emerges and begins to hunt those with magic, Imogen fears her brother responsible. Stopping these creatures involves an understanding of the sacred patterns Imogen hasn’t fully mastered, and requires her to protect those the Leier have long warred with.

They need a true master of the sacred patterns, which means the First of the Blade must become something more.

She must find a way to lead. 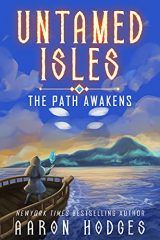 Zachary Sicario thought he’d finally turned his back on the underworld. For ten years he was content with his cottage in the highlands of Riogachd. But a master thief never truly retires. When Zachary is struck down by a wasting illness, he is left with two options: accept his fate, or return to his criminal past in search of a cure. It isn’t a difficult decision.

But when he goes in search of old contacts, there is only one rumor on their lips. They speak of a mysterious island, of strange lights and disappearing ships, of treasure and riches promised for the first to reach its distant shores. Zach has little interest in trinkets—but there’s another tale, one that whispers of the power to change a man’s fate.

With a secret expedition departing in a matter of days, Zach decides to roll the dice. But he’s not the only one interested in magic. His competition are soldiers and smugglers, noblemen and assassins, all in their prime. And Zachary is far from the man he once was. 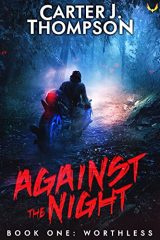 The world ended. The Night killed it.

X is trapped living in the slums of the last remaining city on Earth. He can only venture out beyond the towering walls to scavenge relics of the old world when the sun is up.

At night, like everybody else, he hides inside from the monsters of the shadows… until an unexpected death occurs a little too close to home. With the blame on his shoulders, and trigger-happy guards on his trail, X has no choice but to run.

But the city was never a safe place to begin with, not really, and his only slim chance of survival lies outside the walls, in a landscape empty of humanity – and full of the darkness that wiped it out.