Scotland Yard’s own demon hunter, a farmer fated to be a warrior, and a rookie space trooper on the drop from Hell shine in this week’s llist of new releases. 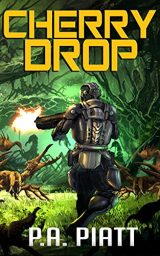 Abner Fortis joined the International Space Marine Corps for two reasons: to escape a life of drudgery building biodomes for his father’s company and to pay off several billion credits in student loans, which the ISMC promised to do.

Every Space Marine starts out as a cherry, though, and Abner is no different. When he makes his first combat drop, or cherry drop, he’s a know-nothing second lieutenant added to the mission roster as an afterthought.

The Space Marines are tasked to support the Galactic Resource Conglomerate (GRC) while they test a revolution in military technology: Precision Crafted Soldiers (PCS). All the Space Marines have to do is kill bugs. Even when a tragic accident leaves Fortis in command, the mission is still an easy breather.

When the Space Marines discover proof of a long-buried betrayal, though, friends become enemies, and their mission goes awry. Does Fortis have what it takes to lead the Space Marines to survival in the face of overwhelming odds? 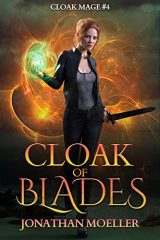 There is no honor among thieves.

My name is Nadia, and I’m a shadow agent of the High Queen of the Elves.

That means I use magic to steal things for her.

Now she wants me to steal a treasure from an Elven lord without him even realizing that it’s missing.

But there is no honor among thieves, and not even all the magic in the world can protect me from a blade in the back… 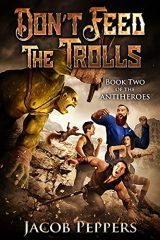 The Hero’s Checklist for a long and happy life:

Dannen Ateran had never gone so far as to write the list out, but he knew it by heart. He ought to, as he had been telling it to himself for years and himself—fool that he was—had been ignoring it for just as long.

So it was that he found himself standing beside Fedder, Mariana, and Tesler, watching as an undead dragon soared toward them.

And if, by some feat of magic or luck—with undead dragons, skill rarely factored into it—they survived, there was only the little issue of a master swordsman and his necromancer brother to worry about, not to mention an undead horde.

Plenty of ways to die, then, if a man liked a little variety with his suffering.

And the week was just getting started. 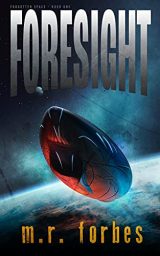 An experimental starship. An unprepared pilot. An unexpected crew. A fight for the fate of the future.

Captain Nicholas Shepherd is a test pilot for Grimmel Corporation’s latest experimental starship, Foresight. As a development platform for desperately needed advanced technology, a successful run of the ship’s systems is vital to enable humankind’s exodus from an alien-occupied Earth. After Foresight suffers a malfunction during its final scheduled flight, the lost opportunity provides the enemy the opening they need for one last attack.

With his family caught in the crossfire, Nicholas realizes that the flawed starship is their best chance to escape. But it isn’t long before what started as a desperate evacuation turns into something more.

Joined by an unintended crew of survivors, Nicholas is about to embark on an impossible mission that will take them far beyond the outer reaches of known space. If he fails, the future of humankind will not only be lost…

It will be completely erased. 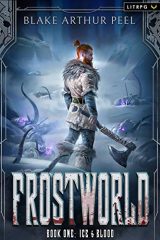 On Frostworld, only the strong survive…

Jarl Beckström dreams of one day becoming a great warrior. Sadly, he had the misfortune of being lowborn—classless, unable to level up. He lives the mundane life of a poor mud-farmer, subjected to the whims of the infamous battleborn and the magical fireborn. But legend says that deeds of great courage can change a person’s class…

When the Clan Lord’s son unexpectedly disappears, Jarl sees an opportunity to prove himself a hero and rise above the lowly station of his birth. He goes against the traditions of his people to seek his destiny… and possibly even his death.

However, dark things stir in the frozen wilderness.

A star has fallen from the heavens and the dead have begun to rise. While clanholds struggle in eternal conflict and powerful men vie for control, only an ambitious mud-farmer and his domineering sister can shed light on the true enemy: the monstrous, undead draugr… 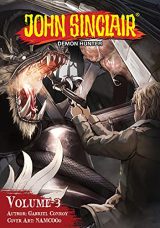 1977 is a strange year. Things beyond human understanding have begun to surface, threatening the peace and leaving behind an endless trail of blood. When such incidents arise, it is down to Scotland Yard’s Special Division and their Demon Hunter in residence, John Sinclair, to set things right. But Sinclair is haunted by demons of his own, ones which rival the dark forces attacking innocents around him. Can he conquer one to vanquish the other?

In John Sinclair’s line of work, the lines are blurred between supernatural cults and organised crime: both lead to extensive violence and upset the peace. When the two combine into a force threatening to upheave London’s underworld, Sinclair has to team up with a new partner to prevent the Black Dragon from rising in more ways than one. The aftermath brings equally little peace, as Sinclair’s new fling finds herself targeted by dark forces as well. Can he save her without betraying all he holds dear? 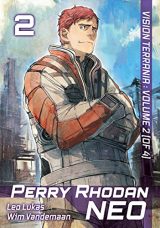 Amid crises in politics, climate change, terrorism, and more, humanity’s limited remaining hope lies in science and an increasingly decrepit space program. When a key moon base goes dark, it’s up to chief astronaut Perry Rhodan and his crew to mount a rescue operation – or so the story goes in the press. The truth about Rhodan’s mission, however, is a deeper, greater secret than the public can imagine, and the aftermath of what Rhodan finds will change Earth – if not the entire universe – forever… if there’s still an Earth for him to come home to.

The truth is out: we’re not alone in the universe. The arrival of a member of the Arkonide race has sent the Earth spiraling even further into chaos. Deep in the Gobi Desert, the astronaut Perry Rhodan stands his ground as hostile troops surround the new utopia he’s trying to build for all of humanity. But when the gravely ill alien’s condition worsens, there is no choice but to send him out for treatment—no matter the risk.

Meanwhile, Sid, John Marshall, and Sue are on the run, wrestling with newly discovered superhuman powers and ominous threats that seem to lurk in the shadows. In a world of political and economic strife, can a handful of ordinary heroes survive and make a difference to the planet’s future?

Rhodan doesn’t doubt that mankind is destined for the stars. But with so many obstacles in their path, the road there won’t be easy… 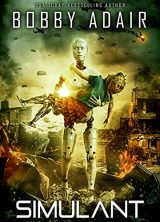 The war against the sentient artificial intelligence has been simmering and erupting for two years. In their attempt to isolate the hardware hosting the AI’s software, the armies of the world have embarked on a coordinated campaign to destroy silicon-based processor equipment across the planet.

Unfortunately, it’s not just TV’s, laptops, and cellphones that have fallen in their crosshairs, but service robots and even the computer modules driving the prosthetic limbs used by some of the disabled.

Trapped in Dallas, at the center of an assault, Madison has enlisted the help of a damaged robot to help her escape before she falls victim to the indiscriminate violence raging her way.

Can she get away? Will she survive? All she knows is that she can’t do it alone.