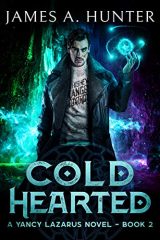 A deadly Russian necromancer has just escaped his prison. His first day out could be Yancy Lazarus’s last.

Yancy Lazarus just wants to be left alone. He wants to play his blues music, smoke a few cigarettes, and otherwise leave the supernatural world to fend for itself.

Unfortunately, when an ancient fae godling kickstarts a supernatural coup by unleashing a necromancer, retirement isn’t an option. Nope. If Yancy ever hopes to see the bottom of another beer bottle, he’s gonna have to partner up with an FBI agent—an agent who’s been hunting him for years—to bring down the nigh-immortal, douchebag necro. And to top it off, Yancy’s gonna have to do it without his magical powers… 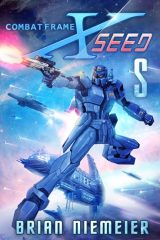 Can humanity survive a world-destroying force that has never known defeat?

The Ynzu Siege nears its third bloody decade. Battered to the breaking point, the United Commonwealth-Protectorate recalls its combat frame carrier fleet for a last stand at Earth.

Lt. Dex Trapper must battle for his life when the Ynzu strike his remote extrasolar colony. Cut off from the UCP, Dex and his CF tech Thatch make a desperate break for help in a century-old XSeed. 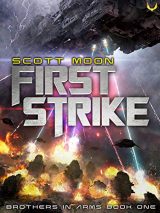 Joining the fight for the Galaxy isn’t required. It’s a choice.

The United Galactic Government is mired in a decade-long war for control of a key planet. Weakened by overextension and political intrigue, they could lose everything.

When a child of privilege gives up everything to enlist and fight for what is right, he learns what it means to become part of a team. He encounters refugees, aliens he never expected to empathize with, and the loss of comrades. In the end he must develop the courage to stand up, not only to aliens and governments, but his own family.

Packed with military science fiction on par with Galaxy’s Edge, Term of Enlistment, and Starship Troopers, the Brothers in Arms trilogy will deliver readers into the jaws of the toughest fight the galaxy has ever known. 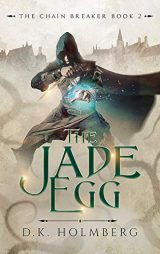 After capturing the sorcerer called the Apostle, Gavin decided to remain in the city of Yoran where he’s become comfortable. Work that had been plentiful has dried up and comfort becomes complacency.

While new friends help to find jobs, they’re not the kind of jobs an assassin trained to be the Chain Breaker should take. He’s trained to kill, not track down relics in a city that long ago banished magic.

When pushed to save a young boy, Gavin finds himself dealing with much more than he bargained for. A sorcerer known as the Mistress of Vines has come to Yoran. In order to stop her, he must come to understand a part of himself he was trained to ignore.

It will take an assassin without equal to stop the Mistress of Vines.

Only this time, the Chain Breaker might not be enough. 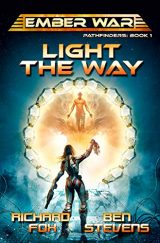 If you want the most dangerous job in the galaxy, be a Pathfinder.

At the leading edge of humanity’s trek across the stars they are experts in exploring strange new worlds and beating any threat that awaits. A mysterious gate is found on an ancient planet, the Pathfinders are called in to light the way into the mysterious dimension it holds.

Lieutenant Karl Anderson leads his crack team on a mission to a mysterious world out of time and space, and what awaits them is an alien menace beyond anything they’ve ever encountered before…

Join the Pathfinders in this new Ember War series. Space exploration and first contact from the Dragon Award winning author. This is the new science fiction series you’ve been waiting for! 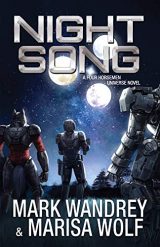 Fourteen years ago, Alan Porter returned from a contract with a hefty payday for his company, Silent Night, and a surprise: five orphaned Zuul pups. Although Humans and Zuul have faced off on many battlefields, little was known of the ancient mercenary race, and Alan and his wife, Dana, raised them the best they could. The five pups, Rex, Ripley, Drake, Sonya, and Shadow grew to maturity in Australia, happy with their lives.

Until a Zuul with the Winged Hussars happens across the strange family and carries news of them home.

In the aftermath of the Omega War, Silent Night is barely holding on. Most of the company’s mercs and its only starship didn’t return from a contract before the war, and—with the Merc Guild’s prohibition on new contracts—they’re on the edge of collapse when a Zuul cruiser arrives. They, too, are missing personnel, and their leader offers to help find all the missing troops, Human as well as Zuul. Despite Alan’s worry for his family, it’s an offer he can’t refuse.

For the pups, it’s a voyage of learning what it means to be Zuul. What they find, though, is much more than they bargained for as the Guild War catches them in its growing conflict, and power and credits turn friends into bitter enemies. For it to all end, Night Song must be whole once more.

And the galaxy will sing. 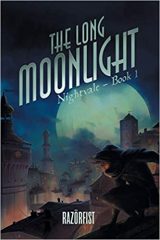 A sparkling gem made rough stone, the seat of political power in the Kingdom of Vale. Revolt foments among the patrician class and open gang war looms on the horizon. As the Argentine Tower plots revolution, a lone thief with a past as dark as Menuvia itself picks the wrong lock and opens the wrong door. Shadows still cast in the dark of night, underneath THE LONG MOONLIGHT.

Featuring a series of original illustrations.