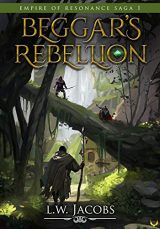 The Councilate controls everything except the truth. With it, he shall destroy an empire.

Tai Kulga lost the rebellion and his best friend on the same day, stripping him of everything even as a strange power flooded his bones. When the friend returns as a spirit guide, it feels like a second chance—but his friend is not who he was, and the Councilate is not done oppressing his people. Trouble with lawkeepers lands Tai’s surviving friends in a prison camp, and he goes underground seeking the last of the rebels, to convince them to break his friends free.

Along the way he meets Ellumia Aygla, runaway Councilate daughter posing as an accountant to escape her family and the avarice of the capital. Curious about the link between spirit guides and magic, her insights earn her a place among the rebels, and along with Tai’s new power help turn the tide against the colonialists.

But as the rebels begin to repeat the Councilate’s mistakes, Tai and Ellumia must confront their own pasts and prejudices, before the brewing war turns them into the monsters they fight. 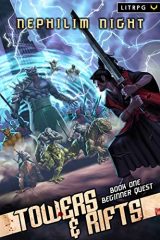 Given a second chance at life, now he must play for his life.

Betrayed by those closest to him, Viktor’s soul couldn’t move on for decades. Pitied by one of the Gods, he was given the chance to participate in the next round of bets between the gods. It was an eternally violent game known as Towers and Rifts.

The world he found himself in was nothing like the one he’d spent centuries cultivating and becoming stronger. He was right back at the bottom along with everyone else but for the knowledge he retained.

The day the tower spawned, everyone was given access to a strange and game-like system he only knew about from memories of the body he inherited. The first order of the day: to heal from the horrible wounds that came along with the new body and to tackle the ‘Beginner’s Quest’ everyone was given.

Viktor was at the top before he died the first time so he knew what it was like to be powerful, in control, and a warrior without an equal. Nothing would stop him from getting to the top using this second chance he’d been given. 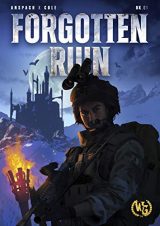 Orcs. Trolls. Wraith riders. Dark wizards. Together, they form an unstoppable force. Or so they thought.

When a Joint Task Force of elite Rangers are transported to a strange and fantastic future where science and evolution have incarnated the evils of myth and legend, they find themselves surrounded, pinned down, and in a desperate fight for their very survival—against nightmares of flesh and blood made real. Which means only one thing.

It’s time to Ranger Up and stack bodies.

The forces of evil have no idea how dangerous a Ranger has been trained to be, and once the action starts, it won’t let up in this no-holds-barred, full-auto, epic battle for survival in the Forgotten Ruin. 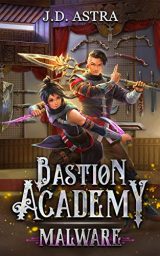 There are no shortcuts on the path to enlightenment, but some will try.

The summer was prosperous for Jiyong, giving him the funds he needed to attend another year at Bastion Academy. The new first-year students are just as bright-eyed and rowdy as he remembers being, but there’s something more sinister to blame for their aggressive behavior: designer drugs.

The ability for any student to temporarily unlock the full potential of their magic with a single potion threatens to upend the school’s ranking system. Worse, something dark lurks in the shadows of these performance enhancers: a signal sending personal data to a location within the kingdom, and Jiyong’s mother’s illness is responding to the same signal.

When the drug problem at the school turns deadly, Jiyong will have to hunt down the source to discover the cure before his friends and half the school’s cores are eaten from the inside out. Can he save not only the school, but his mother, too? 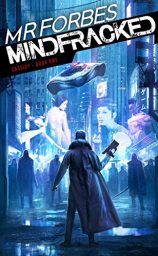 In the twenty-fourth century, rising sea levels triggered by World War have forced humankind into a handful of densely populated cities surrounded by massive seawalls. Special agents known as Shades prowl the streets in bodies that aren’t their own, carrying out orders handed down from an AI created to shepherd humankind through the aftermath. Civilization clings to a tenuous thread.

When an elusive and deadly fugitive turns up in New Manhattan, Shade Cassidy is deployed to bring him in. But the job goes sideways from the start, and it isn’t long before Cassidy is neck deep in a dark conspiracy years in the making. Hunted from every side and unsure of who to trust, every move he makes will lead him one step closer to uncovering the terrifying truth.

A truth that will completely alter his understanding of his place in the world.

A truth that could alter the world itself. 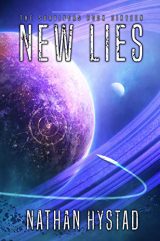 A kidnapped friend. A mission of grave importance.

The Alliance Institute is in full swing, with Jules assisting Magnus as students arrive from across the galaxy.

After Dean’s discovery that someone close to him has been abducted, he sets out in search of Regnig. The library has been ransacked, and Suma inadvertently finds what the Academy librarian has been digging his beak into.

When they gain a trail, Dean learns he may not have known Regnig as well as he’d thought.

New lies are as harmful as old ones. 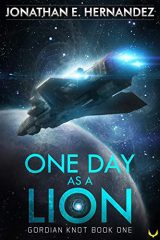 One Day as a Lion (Gordian Knot #1) – Jonathan Hernandez

Two civilizations clash. A rebellion grows. The fate of the galaxy hangs in the balance.

Technical Chief “Pappy” Gunther is a grizzled, burning out commando in the United Earth Armed Forces. He ponders a return to civilian life, yet feels a strong sense of belonging to his elite team. When colonists on a far-flung world request aid, a task force from several allied systems is assembled. Pappy and his crack unit are sent to investigate, and to engage a mysterious alien force from beyond.

Talks-To-His-Spear is the warrior-caste champion of a matriarchal space empire called the Regime. Leading an army of fanatical, genetically-enhanced super soldiers, he dreams of dying in battle for the glory of his Queen. However, he’s beginning to question the motives of this new campaign, and fears that he may have to compromise his own deep sense of honor in order to fulfill his tasks.

Nobody expected the two alien cultures to have so much in common, and for friendships and alliances to form alongside rivalries. However, when Pappy discovers a rebellion spanning worlds, everything changes. The growing insurrection threatens to tear the Regime—and the galaxy—apart. 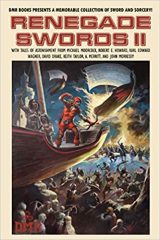 Once again DMR Books delves into the vaults of the past to unearth tales of swords, sorcery, and mighty heroes. In Renegade Swords II you will read about such adventures as the struggle of Rackhir the Red Archer to rescue Tanelorn, Fal the Reiver’s encounters with darksome spirits on Samhain night, the bloody life of Hialmar of the Æsir, and more. These eight stories (many of them rarely reprinted) will surely satisfy every aficionado of heroic fantasy fiction. 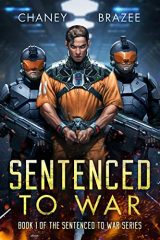 Sit in prison or join the military. The choice is yours.

Convicted of a minor traffic violation, Rev Pelletier is conscripted into the Perseus Union Marine Corps . . . for up to a thirty-year term of service.

Anxious to get back to his civilian life and job, Rev opts for a shorter term as a Marine Raider taking the fight to the enemy.

But with extremely high mortality rates, can he and his friends survive until their term of service is over?