This week’s roundup of science fiction new releases features an interstellar vice cop going undercover, a husband discovering that his drowned wife is mixed up in a time travel mystery, and our introduction to the legendary leaders of the Four Horsemen mercenary companies. 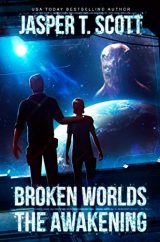 Darius Drake is desperate to save his daughter, Cassandra. So desperate he’s willing to risk their lives in Cryo-sleep to give her a future. But the dark, freezing vault where he wakes up is nothing like the luxurious Florida hospital he remembers. Everything about this place is alien to him, even the language. Little does he know how alien it really is.

Darius and his daughter go exploring their new surroundings with a few others from the cryo pods, and they soon discover frozen, mutilated bodies everywhere. The dead are wearing strange uniforms, and they seem to have used some kind of energy weapons to defend themselves, but it wasn’t enough. Adding to the mystery, all the doors of the facility have been ripped open, and there are claw marks around them–but what could shred through reinforced metal like paper?

The answer to that question proves more terrifying than any of them could have guessed. There’s a war raging, and they’ve woken up in the middle of it. 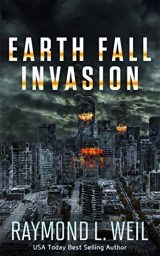 The Trellixian Empire was constantly expanding, seeking new worlds for their ever-increasing population. If worlds were discovered with existing sentient populations, they were cleansed to make room for colonization. Hundreds of budding civilizations had been eliminated by Trellixian battle fleets.

A daring plan was implemented involving the major world powers. They would prepare in secret for the coming of the alien invaders. The only question was, how could one world resist a galactic empire? 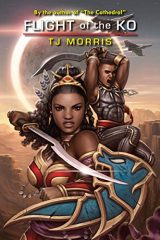 In the twenty-second century, an African tribe staves off hostile forces in the Sub-Saharan desert of the Burkina Faso nation.

Ten years after Dahmba (a powerful Cleanser) returned to Burkina Faso, saving his sister from slavers, the Kō tribe faces a more dangerous threat. The mysterious Prophet, leader of the Pure Earth Movement, has eyes on the tribes’s most valuable resource — Collapsium, the lightest, most durable metal in the known solar system. Whenever The Prophet negotiates, dead bodies pile up, and colonies crumble. But the proud Kō tribe isn’t so easily swayed … They’ve faced down adversity in the past, honorably and fiercely …

Under the leadership of newly-crowned Aminata, the youngest queen to ascend to the throne, Kō warriors vow to retain their land and its resources, and nullify the Prophet’s assassins. With enemies surrounding her, Aminata must make the decisions that will lead her people to success … or failure. 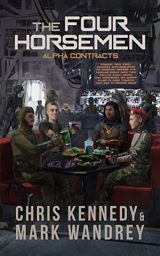 Before CASPers were the lords of the battlefield, men tested their metal against aliens one-on-one.

First contact has been made, and Earth’s militaries and its premier mercenary companies stand ready to take their first tentative steps outside the Solar System. With a galaxy of aliens to explore and fistfuls of credits to be made, follow along as the Four Horsemen select their contracts and venture forth to meet their destinies.

Cartwright’s Cavaliers, Asbaran Solutions, Winged Hussars, and The Golden Horde stand ready and willing to take on the adventure, but what will they find in their Alpha Contracts, and how will they overcome it?

Jim Cartwright, Kuru Shirazi, Lawrence Kosmalski, and Altan Enkh. They were the best, the brightest, and the most famous mercs to ever live. But no one knows who they really were…until now. But as the man once said, “Never meet your heroes.” 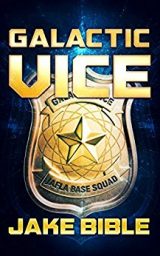 It all starts with an interstellar cargo barge full of corpses…

The criminal scum of the galaxy have found a new playground and its name is Jafla Base. Now Galactic Vice Detective Etch Knowles has to infiltrate that playground before the criminal syndicates end up in all-out war.

Corruption on every level of government, brutal violence around every corner, alien races that consider humans the lowest of low, and a laser blaster always pointed at his back, Knowles needs Galactic Vice Lieutenant Angie McDade and Galactic Vice Detective Kalaka to back him up. Their job is to keep Knowles from getting his head blown off or die trying.

But there are forces at work that want nothing more than for Jafla Base to burn. And some of those forces may be coming from within the Jafla Base Vice Squad itself! 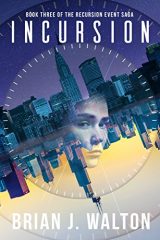 How is it that you can spend years of your life with someone and still feel like you never even knew them?

James Gardner’s weekend starts with this thought when he discovers his wife, Molly, has a go-bag filled with clothes, her passport, tickets, and an envelope full of cash. His shock from the discovery is cut short when, on the drive home from a fundraiser event, an accident sends their limo crashing into the East River, and Molly is lost in the water, presumed dead.

That night of tragedy is only the beginning. A mysterious package, old friends, and a man claiming to be Molly’s long-dead father all send James on a decade-long journey across the United States to unearth the truth about Molly’s past… 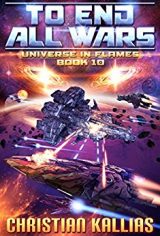 Into the Fire Part II: To End All Wars (Universe in Flames #10) – Christian Kallias

Sometimes victory comes at a price.

Chase and his friends are still shaken following their crushing defeat against the Spectre, also known as Tanak’Vor. Now, their course is set for Earth to acquire the final piece of the puzzle in the Fury War: the soul ships. The legendary craft could help the Earth Alliance tip the balance and defeat the Furies once and for all.

Aboard the Victory, the crack engineering crew devise a new training method, one that could help Chase and his team of warriors bridge the power gap between them and the enemy. But will it be enough against an enemy as powerful as Tanak’Vor?

As the eleventh hour draws near, will the heroes be ready for the final battle awaiting them? Will the Universe survive? And, as the Earth Alliance prepares for the final assault on Erevos, will Chase be ready to pay the ultimate price for victory? 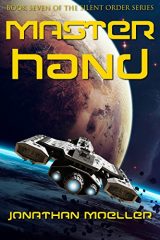 The galaxy is at war, and the raids of pirates can bring empires crashing down.

When Jack March interrupts a raid of the brutal Agotanni Pirates, he soon realizes that the pirates have stolen an ancient superweapon of lethal power.

Unless they are stopped, the pirates will auction off the weapon to the highest bidder.

And whoever holds the weapon can slaughter billions at a whim…

“Silent Order: Iron Hand is old school Space Opera. It reminded me of Poul Anderson’s Dominic Flandry stories which I loved in my youth. It’s a bit more bluecollar, set on rundown space stations and seedy starships. There are echoes of cold war spy thrillers, as agents of the great powers plot and scheme in the shadows…Silent Order: Iron Hand is a short, tense read full of action and I enjoyed reading it. “-William King, author of GOTREK & FELIX and ILLIDAN, on the first book of the Silent Order series. 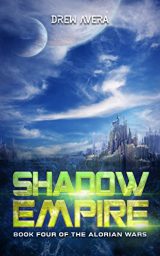 After escaping from the clutches of a sinister organization known as CERCO, the crew of the Replicade mourn the loss of their young friend, Carista. But their experiences affect them differently and the crew soon discovers a frightening health concern for Anki after she experiences a seizure which places her in a comatose state. Fighting to stay out of sight from the Greshian Empire, they seek assistance on a world harboring resentment for Greshians, no matter their affiliation with the Empire. Will that resentment further endanger Anki’s life, or will leniency allow the crew to seek lifesaving help?

On board the King Slayer, Commander Ilium Gyl is thrust into a command position as an attack leaves the crew without a leader. A pending investigation aims to point the one responsible for the attack is the ship’s new commanding officer, but could it be a ruse for an “old friend” to seek revenge against Ilium? 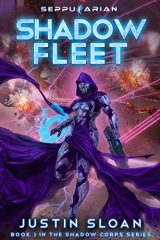 There cannot be shadows without the light.

Samantha and her black ops team continue their romp across the universe to defeat the mind-controlling Scrapulent, defeat the armada of space pirates, and save the Three Kings of Orion. She might also finally learn who her father is.

Join the Shadow Corps as they destroy their enemy and ensure the safety of all that is good, while leveling out their sword and weapons to match the hard core skill tree attacks they’ve attained through leveling up.

Fans of Destiny and Tech Mage love the action-packed science fiction of the Shadow Corps mixed with space dragons and magic. A fun new GameLit addition. 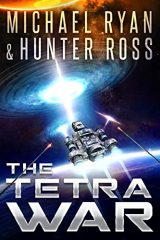 Avery Ford’s life of inter-galactic war as a mixed-blood member of the elite Guritain Specialized Drop Infantry is beyond dangerous, but it’s an unexpected mission on Earth that will be the ultimate test of his courage.

As his platoon dies around him on a planet light years from home, Avery learns that leviathan starships, gauss-gun wielding mecha, and missile-launching heli-jets are deadly, but even interplanetary wars are ultimately decided by the blood of TCI-Armored boots on the ground.

Fans of Starship Troopers, Armor, and Old Man’s War will discover a new favorite in The Tetra War saga.

“A well conceived and executed saga that was one of the best of its kind I’ve read lately. Awesome fight scenes, tech aplenty, and unexpected twists that were a refreshing break from the more formulaic efforts that clutter the genre.” – Amazon Reader Review 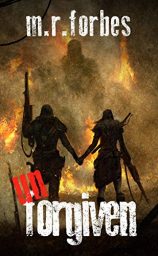 Sheriff Hayden Duke was born on the starship Pilgrim, like his father, and his father before him. He’s got a long way to go before he can rest. How can he when the entire world is under siege?

By a brutal thug who calls himself King.

By an unknown and powerful threat that may be responsible for the end of humankind.

The road may be long. The odds may be bad. The stakes may be high. You can’t keep a good Sheriff down.