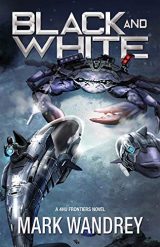 Terry Clark grew up surrounded by his parent’s life’s work, the rescue and rehabilitation of cetaceans. Born just after first contact with the Galactic Union, he’s never known a time when aliens weren’t visiting Earth. At 10 years old, he had a normal life, until a visit from one of the aliens resulted in a ground-breaking discovery. The cetaceans have a developed and complex language…and it can be deciphered by the aliens’ translators.

When Terry’s father begins using alien implant technology to test the boundaries of the cetaceans’ language and society, though, he goes too far, and the fledgling world government becomes involved. Without warning, the scientists are labeled as criminals, and the cetaceans are scheduled for termination. In order to save the cetaceans, the researchers have to flee off-world with them.

In the Lupasha star system, Terry tries to begin a new life. While the world is ideal for the cetaceans, it’s difficult for their Human wardens. Even worse, the planet’s previous owners now want it back. As they don’t mind killing all the Humans in the process, Terry is trapped in a life or death struggle, which leads to a discovery that could change the course of humanity’s role in the galaxy. 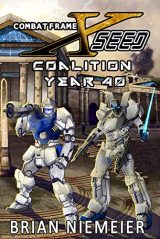 They made him necessary. He’ll make them pay.

Earth groans under the yoke of the Systems Overterrestrial Coalition. Socs enjoy privileged status while grounders languish as second-class citizens.

Student Thomas Arthur Dormio leads the Brussels Service Academy’s history club, a front for a dissident grounder cell. The Human Liberation Organization conducts a campaign of blackmail, sabotage, and terrorism to free Earth from the Socs.

En route to make contact with the HLO, Second Lieutenant Theodore Red arrives in orbit over Western Europe. But before he starts the next phase of the resistance on Earth, Red has a man to kill. 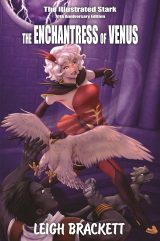 The Enchantress of Venus (The Illustrated Stark #2) – Leigh Brackett

Dark Secrets of an Inhuman Race Lie Hidden Beneath the Seas of Venus!

Eric John Stark travels the shores of Venus’ gaseous red seas seeking the whereabouts of a missing comrade. Pursuing this mystery puts him in the hands of the Lhari, a cruel and power-hungry family that rules over the pirate enclave of Shuruun!

Beneath the waves, the Lhari’s doomed slaves live and toil among ancient ruins, seeking out the lost super-weapon of the precursors. And Stark must join them or die!

If Varra, a vain and petty Lhari princess, can control both Stark and this lost weapon, all of Venus may be within her grasp! 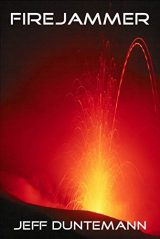 Having dropped an alien-contact anthropologist on a newly discovered inhabited planet to establish a relationship with the aliens, starship *Richard M. Nixon* and its crew returns two years later on a trade mission. The corporations of the Tripartisan Economic Combine are eager to buy the aliens’ epoxy glue, which is among the best ever seen in known space.

Vincent Icehall, the starship’s young shuttle pilot, has little to do during the mission but hang out with what he assumes is the alien community’s jester and village idiot. Icehall can’t pronounce the alien’s name and dubs him “Turkey,” but slowly begins to realize that Turkey is anything but. Ignoring all of Turkey’s warnings for the crew to leave the planet immediately, Icehall stumbles on a plot by the anthropologist and the aliens’ chieftain to steal the Nixon’s shuttle for use as a weapon of war. 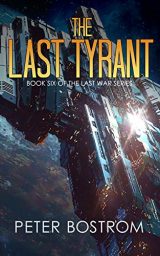 Legendary American Admiral Jack Mattis, thrown into an unfamiliar universe, must now confront the impossible and do the unthinkable in a place very different from his home. New alliances must be forged in the face of powerful new enemies. Strange technologies may hold the key to victory, or hasten Earth’s demise in all timelines. Change is coming and the howling winds of war at his back will drive Admiral Mattis onward toward a final confrontation.

One thing is clear: The future is mutable, changeable, malleable. Or is it? Are Mattis’s and Earth’s destinies set in stone? Dark secrets will be revealed, terrifying enemies unleashed, and through it all, the true face of Spectre looms ever closer. 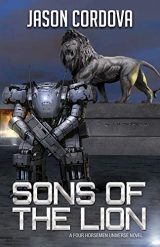 For Colonel Mulbah Luo and the Kakata Korps, their initial contracts with the Mercenary Guild had them defending Earth. Honest work, they were led to believe, keeping the citizens of Earth safe from alien pacification in their own way. As the occupation continues, however, their eyes are opened to the fact that the hand gripping their throat is slowly tightening.

After an outside attempt to throw western Africa into unending civil war, the Kakata Korps must choose sides. Will they honor their oaths and fight their own people at the cost of their very souls? Or will the call of freedom—freedom from the Merc Guild—sway even the most hardened of souls?

The war for Earth rages on. The souls of a people hangs in the balance. 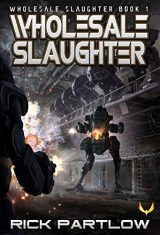 A king can’t defeat an army of lawless pirates. But a mercenary can.

Logan Conner is the son of a king, the heir to the largest of the five star-dominions, and the best mech pilot in the galaxy. His people are plagued by pirates and raiders, surrounded by enemies, and not even his father can fight them all.

Logan gives up his position, his rank, even his name, and becomes Jonathan Slaughter, leader of a rough-and-ready band of mercenary mech-jocks, bent on taking the battle to the enemy on their own terms.

They’re Wholesale Slaughter. Kicking ass is what they do. 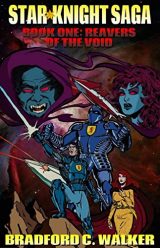 In the Year of Our Lord 3001, the space pirate Red Eyes brings his pirate fleet to bear against Galactic Christendom. He aims to steal one of its greatest treasures, Countess Gabriela Robin, to fulfill his warlord ambitions. Dispatched against him is one of the Star Knights of the Solar Guard, Lord Roland, with the mission to protect the Countess at all costs. With his man Sibley and his page Creton at his side, Lord Roland faces off against the would-be warlord in the Dire March of the galaxy and begin a conflict that all the galaxy cannot ignore.