This week’s science fiction new releases features Robert Heinlein’s newest novel, a collection of Poul Anderson sword and planet tales, the return of one of indie science fiction’s pioneers in the Spinward Fringe, an even weirder Austin, Texas (if that’s even possible), and more. 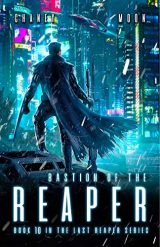 Halek Cain has one chance to save everyone.

The Alon Empire has redoubled its efforts to conquer Yansden and strip the planet bare. Their massive fleet devours every star system it encounters. They demand total surrender and show no mercy. The Neverseen are rising from the forests, oceans, and desert wilderness and thirsty for blood. Cain and his allies have stopped both of these enemies once, but their backs are to the wall and they must escape or die.

Recently acquired from the ancient ruins in the planet’s interior, the Black Phoenix grows more powerful every day, draining Cain and X-37 of resources even as it gives them the tools to win battles and find Maglan.

But winning might kill them both in the end.

Will Cain master himself and his cybernetic modifications to run the blockade? Can he find Maglan and liberate one Sansein in return for an alliance that will protect the exodus fleet forever? 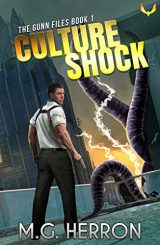 Aliens are among us, and Austin, Texas just got a whole lot weirder.

When smart-aleck, down-on-his-luck bounty hunter Anderson Gunn snags his next job, he’s just happy to get the gig. The target he’s chasing may be wanted for murder, but his bills aren’t going to pay themselves.

As it turns out, he probably should’ve been more selective. When he tracks down Cameron Kovak, the wanted man turns out to be no man at all.

Gunn finds himself face to face with a tentacled creature out of Ridley Scott’s worst nightmare – a baby Cthulhu, wearing his target’s skin like a onesie. And that’s just the start of it. Aliens have their eyes on us, and Gunn finds himself swept up in their mysterious plans.

Hudson Powell had always been a drifter, but after his father died he vowed to turn his life around. He quit freelancing as a starship pilot and joined the Relic Guardian Force as a 38-year-old rookie.

That was a big mistake.

The RGF police the alien wrecks that have been found on every portal world discovered in the last century. They make sure the relic hunters pay taxes on the priceless alien tech they scavenge from the hulks. The snag is that the RGF is corrupt. And Hudson’s training officer, Logan Griff, is the worst scumbag of the lot.

Pushed over the edge, Hudson stumbles upon the exhilarating world of the relic hunters and meets the equally intoxicating and deadly mercenary, Tory Bellona.

Cast out from the RGF, Hudson Powell chooses a new path. But the discovery of a unique alien crystal will set events in motion that cannot be undone.

One decision can change the course of an entire civilization. One discovery can change your life. 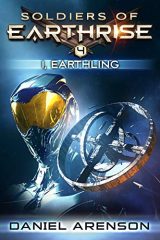 The war roars toward its bloody crescendo.

Armies muster for the final battle.

On one side fights Earth. Mighty. Wealthy. The center of an empire. On the other side: Bahay. A humble planet. A backwater. A world whose people will never surrender.

Jon and Maria fight on opposite sides. But to end the violence, they must work together. The very fate of humanity depends on it.

Yet the fires burn so hot. The hatred runs so deep. As the climactic battle flares, as the bombs fall and the cannons boom, can Jon and Maria survive? Or will this war rip them apart? 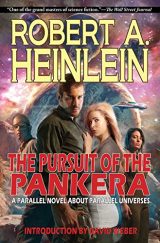 The Pursuit of the Pankera – Robert A. Heinlein

Robert A. Heinlein wrote The Number of the Beast, which was published in 1980. In the book Zeb, Deety, Hilda and Jake are ambushed by the alien “Black Hats” and barely escape with their lives on a specially configured vehicle (the Gay Deceiver) which can travel along various planes of existence, allowing them to visit parallel universes.

From that point on the plot lines diverge completely. While The Number of the Beast morphs into something very different, more representative of later Heinlein works, The Pursuit of the Pankera remains on target with a much more traditional Heinleinesque storyline and ending, reminiscent of his earlier works.

And here it finally is: Robert A. Heinlein’s audacious experiment. A fitting farewell from one of the most inventive science fiction writers to have ever lived: a parallel novel about parallel universes as well as a great adventure pitting the forces of good versus evil only the way Heinlein could do. 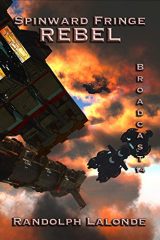 The invasion has changed everything for Haven Fleet and the citizens they protect. More than ever the Order of Eden seems to be everywhere, hanging over our heroes like a menacing cloud as they face new challenges and try to keep the fleet from falling apart.

A resistance group led by Stephanie Vega and Shamus Frost on the Tamber moon struggles to fight Wheeler and the Order of Eden as another small group of fighters led by Jacob Valent and Admiral Rice plan a daring attack that they hope will devastate their enemies and free their people. Will it pay off, or will the price they pay for resistance be too high?

The leadership of Haven Fleet must try or orchestrate all its efforts and expand before the Order of Eden or Edxi catch them. All the while, an old force in the galaxy stirs and no one knows which side they’ll turn against. 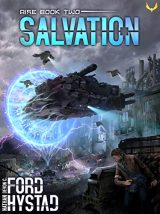 With the newly received schematics of the Gateway from Detroit, Tom and Alec head to the west coast to recruit more manpower, but find that not everyone is willing to rise against the Overseers.

On Tom’s orders, Cole travels to Chicago to uncover a hidden enclave of Roamers. Meanwhile, Lina must convince pockets of Freeborn to join the Reclaimer’s cause.

Dex is forced to return to the Occupation and lie about his recent whereabouts. He sets off on a covert task that’s pertinent to the Reclaimer’s success. 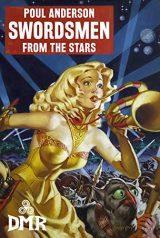 Swordsmen from the Stars – Poul Anderson

Poul Anderson is one of the most celebrated authors of science fiction and fantasy. He combines elements of both genres in the three novellas presented here, which have never been collected in one book before. Heroic science fantasy at its best!

WITCH OF THE DEMON SEAS—Guide a black galleon to the lost, fear-haunted citadel of the Xanthi wizards—into the very jaws of Doom? Corun, condemned pirate of Conahur, laughed. Aye, he’d do it, and gladly. It would mean a reprieve from the headman’s axe—a few more precious moments of life and love… though his lover be a witch!

THE VIRGIN OF VALKARION—Tonight, so spake the Temple Prophecy, a sword-scarred Outlander would come riding, a Queen would play the tavern bawd, and the Thirty-Ninth Dynasty should fall with the Mating of the Moons!

SWORDSMAN OF LOST TERRA—Proud Kery of Broina felt like a ghost himself; shade of a madman flitting hopelessly to the citadel of Earth’s disinherited to recapture the fierce, resonant Pipes of Killorn—weapon of the gods—before they blared out the dirge of the world!