In addition to these new releases, many authors are giving away or deeply discounting their books as much of the world self-isolates. Check your favorite authors’ websites, mailing lists, and sales pages for more details. 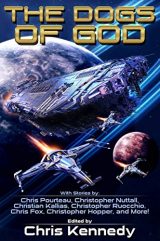 The Dogs of God: Science Fiction According to Chris – edited by Chris Kennedy

From Allen to Woods, inside are some of the biggest and best names in Scifi, who have all come together under the banner of a name—Chris. What’s in a name? Some of the best SciFi out there! The stories are awesome, and it’s all science fiction…according to Chris!

While there are other names that may have done okay in the past, this book takes you through the incredible imaginations of the authors who are hot right now! Fly along with Chris Fox in the cockpit of an Inuran spellfighter, hold back the squibs on the firing line with Christopher Hopper, and journey with Christopher Ruocchio’s assassin as he goes to kill a king.

Other stories in this volume will have you saving the Earth from the cockpit of a gunboat in space, fighting off an invasion of Earth hand-to-hand, and piloting a mech when pirates land on your world. What would you sacrifice to change the lives of your family and friends? How do you stop an unknown assassin who’s come to kill the children you’re protecting? Come inside and find out! 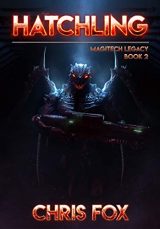 Dragons with Assault Cannons? How is that fair?

I saved Highspire and the academy from the dissolution of our world. 17,000 students survived, and I want to keep it that way. The ship is breaking down. Life support needs repairs, and we have almost no food. We need money badly. That means scavenging tech that we can sell to the same people who blew up our planet.

Fortunately I’m the best Relic Hunter in the business…though to be fair all the rest died when my world tumbled into the sun.

There are six other Great Ships out there, and who knows what we’ll find inside? I’m sure it will be fine. What could possibly go wrong? 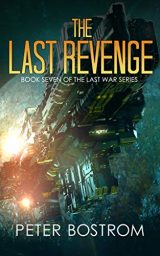 Admiral Jack Mattis watched his brother die, then his son die, and finally, he watched his world die. Now in another universe and timeline, unsure of who is the enemy and who is a friend, he must bring humanity back from the brink of complete annihilation in the face of hopeless odds.

Praise for The Last War:

“It would be fair to say that this is a brilliant book!”

“From beginning to end this novel is a thriller with mature, well written characters engaged in complicated and bloody conflict.”

“I got into this book, and literally did not put it down for a couple days.” 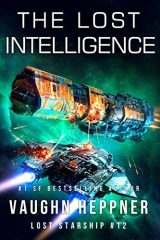 His code name is Nostradamus, and he’s an ancient alien super-intelligence awakened by pesky humans crawling upon his planet. He decides to use these low-grade morons, testing some, making the special ones his agents and sending them into Star Watch to make the military organization his own.

It’s an insidious assault from within, run by a creature with fantastic predictive powers against what he considers an infantile species.

Captain Maddox and the crew of Victory catch a glimpse of the secret menace in the Tau Ceti System. They race back to Earth to report. But Nostradamus’s web is already closing in. It may already be too late.

Except…Maddox, Galyan, Valerie and Professor Ludendorff refuse to give up on those they love. The secret war against humanity has a new set of champions, hardened veterans willing to challenge an alien that can predict their every move.

Do Maddox and his crew stand a chance against the super-alien and the full weight of Star Watch turned against them? 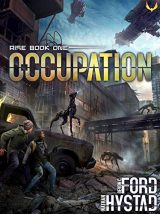 Twenty-five years ago, the Overseers conquered Earth and enslaved humanity. The time to fight back has come…

Alec works in the Detroit Overseer-factories, building a mysterious alien device. When three strangers appear, he’s provided an opportunity to escape after years of servitude.

Cole, a Freeborn loner, encounters Lina after her village is destroyed by the alien Occupation. Together, they make the arduous journey to a fabled safe-zone, trying to stay one step ahead of the enemy drones on their trail.

Dex is a Hunter, working for the Occupation to track down escaped factory slaves, or Roamers, at all costs. But his latest hunt uncovers a massive secret and threatens his loyalty to the Overseers.

All their fates are bound. For the first time in decades, a secret enclave of alien resistance fighters known as the Reclaimers prepare to make their move. 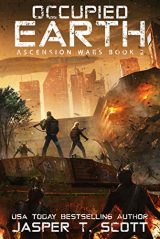 The Forerunners left Earth in search of intelligent life, and they found it.

Captain Clayton Cross and his crew encountered the Kyra, an advanced race of avian carnivores. They fled this first encounter, but the Kyra beat them back to Earth by almost a century.

Earth lost the war in just a few weeks. Our cities burned, and billions died. After we surrendered, the Kyra helped us to rebuild, but on their terms, confining us to city centers and building high walls to keep us in.

The Kyra indoctrinate our children and encourage them to ascend through a virus that turns them into Chimeras. These hybrids are sent to fight the Kyra’s enemy, but only half of all ascensions are successful. The failures become Dregs, left to wander the Wastes as mindless predators.

Determined to oppose the Kyra any way he can, Clayton is working with the human resistance, and now they have a plan that will either put an end to the occupation, or to us… 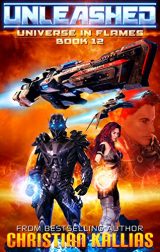 A terrifying threat from the past.

A warrior whose power knows no limit.

A man determined to exact revenge on his creators.

Even after the sheer destruction of the first Fury war, thousands of Furies remained scattered throughout the cosmos.

Super soldiers were created to wipe them out…and once their job was finished, they were hunted down and imprisoned, so that the universe would never fall victim to the soldiers’ power.

An attack on an Asgardian prison ship brings about the unthinkable. A super solider has now been unleashed.

And the universe trembles. 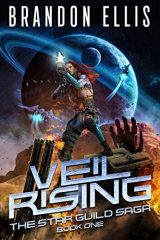 Abducted along with thousands of others. Transported to a world of slavery for alien masters. Mind-wiped, so every hellish day in the mines feels like just another job shift.

This has been going on for millennia. And one day, archaeologist Ali Johnson decodes an ancient Sumerian tablet that unveils the truth. Those secrets set her on a trail of clues that lead to the right place at the absolute wrong time.

The plan to keep humanity at heel relies on periodic purges, and the countdown to genocide is ticking. Ali may be the spark that ignites galactic rebellion.

But before she can save mankind, she must remember who she is, what she’s lost, and why one terrible figure continues to haunt her dreams.