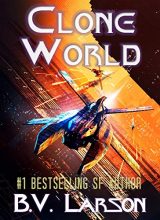 James McGill is called upon for a sabotage mission, one that only a man of his unique talents can handle. Unfortunately, he performs too well, and our enemies from Rigel are enraged. They come for us, and war is declared.

Both sides call for aid, and it comes from the Core Worlds in the form of two great fleets. The Civil War for the Empire’s Throne spills out into the provinces. In the center of Galaxy, fantastic fleets crush one another and burn thousands of inhabited worlds. When this conflict between the great powers spreads, humanity finds itself swept up in the storm.

She’s stolen the ancient wormhole gate the king ordered Casmir to retrieve, and she’s entrenched in an underwater base on a forsaken moon. Moonrazor is more educated and more experienced than Casmir, and she has legions of killer robots and cyborg defenders on her side. Casmir has his friends and… a submarine named the Waddler.

As if his task wasn’t daunting enough, his old competitor, mercenary Captain Tenebris Rache, is on the same quest, and he’ll do anything to keep the Kingdom from getting that gate.

If Casmir can’t find a way to defeat them, the king will never let him return to his home, his family, and the career he loves. 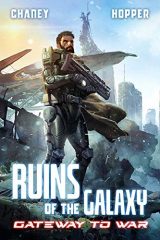 Gateway to War (Ruins of the Galaxy #3) – J. N. Chaney and Christopher Hopper

Hunted by the Republic. Desperate to stop the enemy.

Lieutenant Magnus survives the harrowing rescue of his unit only to find himself charged with treason by the very military he’s pledged his allegiance to. Now, he must attempt to escort Piper to the Luma homeward of Worru before dark forces discover her otherworldly abilities.

But once there, Magnus finds himself confronting new enemies in the place he least expects to find them.

Meanwhile, Awen uncovers a new plot that threatens to upend order throughout the galaxy.

She and Magnus find their way to an alien world where they must work together to build a new team from the ruins of the warriors who remain loyal to the cause of galactic freedom.

Can Magnus survive the wave of violence heading his way? Will Awen be able to help a young prodigy harness an unthinkable new power found in the Unity? 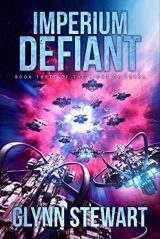 The enemy promises conflict and annihilation
Their allies threaten betrayal and devastation
A daughter of Earth raises the call of defiance
And the Imperium has never knelt!

When the Taljzi’s genocidal invasion brought promises of aid from the oldest and greatest of the Core Powers, humanity and the Imperium looked to the Mesharom for salvation. But that salvation turns to ash as the Mesharom demand the surrender of the very weapons that saved the Imperium.

Defiance leaves the Imperium facing the Taljzi without the aide of the galaxy’s wisest race, but with their old enemies the Kanzi at their side, they have no choice but to end this war at any cost.

But Mesharom and Taljzi alike have scattered fire and death across the stars. The Imperial forces under Fleet Lord Harriet Tanaka will need every scrap of firepower and cleverness not only to defeat their enemies…but to find them in the first place. 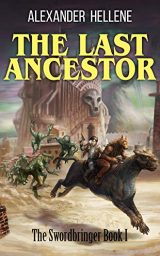 They killed his father, oppress his people, and threaten them with extinction . . . and one of them is his best friend.

The Growlers rule their corner of the planet Yxakh with an iron fist, intent on driving the human refugees from their land. They almost did eight years ago, killing Garrett’s father in the process. Only their guns, and lots of them, keep the Growlers at bay. Now a young man, Garrett burns for revenge, but finds it hard to reconcile this hatred given that his best friend is a Growler youth named Ghryxa.

Desperate to cleanse his land of the invaders, the Growlers’ High Lord dispatches his trusted heir on a mission to acquire the humans’ superior weaponry. The Earthlings barely won the last war . . . but this time the High Lord will leave nothing up to chance.

Garrett and Ghryxa run headlong into the High Lord’s conspiracy and find themselves the only thing standing between their two peoples and all-out war. Now Garrett must participate in an ancient rite with the fate of humanity on his shoulders. It’s a chance to be a hero like his father . . . but only if he makes it out of the Growlers’ forbidden city alive. 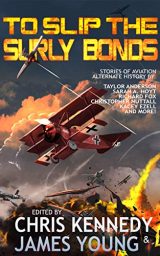 Throughout the human experience, historians have wondered, “What if?” What if Americans had fought on the side of Germany in World War I? What if Germany had invested in naval aviation in World War II? What if Russia had started World War III?

Wonder no more, for these questions, along with many others, are answered within the pages of this book. Told by a variety of award-winning authors, like Sarah Hoyt, the 2018 Dragon Award Winner for Alternate History, Richard Fox, the 2017 Dragon Award Winner for Best Military Science Fiction, and Kacey Ezell, the winner of the 2018 Baen Reader’s Choice Award, “To Slip the Surly Bonds,” deals with aviation warfare that never happened in our world…but easily could have.

The second book in the exciting new “Phases of Mars” anthology series, there is something for everyone inside! From fighting alongside the Red Baron, to flying a P-38 Lightning, to present day air warfare, “To Slip the Surly Bonds” traces a century of aviation warfare…that wasn’t. From learning how the PBY got to the new world in Taylor Anderson’s “The Destroyermen” series…to fighting the French in a very different Vietnam, this book has it, so come aboard and find out “what if” all of these things had changed history…just a little. You’ll be glad you did!