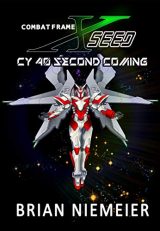 Genius or madman? Monster or Savior?

Arthur Wake is missing in action. His fragile HALO alliance shatters under the Coalition’s counterattack.

Desperate to recoup their losses, the Coalition turns to a pilot with a grudge against HALO. Brutal false flag attacks soon jeopardize Hainan Island’s hard-won independence.

Sullia Zend uses the fray on Earth as cover for her secret agenda. But can even the Sentinel manage a ruthless lawman, her own estranged sister, and a HALO defector on the eve of a cataclysmic reckoning eons in the making? 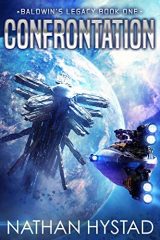 A new flagship. An unfamiliar crew. An old nemesis.

Thomas Baldwin has been appointed captain of the state-of-the-art cruise ship Constantine, named after his heroic grandfather. When their first diplomatic mission turns deadly, all signs point to the return of a former adversary, one the Concord claims to have defeated five decades earlier.

No one has seen Baldwin’s commander, Treena Starling, since her previous ship was destroyed in a gruesome battle, leaving her the sole survivor. Can her secret help them rescue one of their crew members from captivity at the enemy’s hands?

When the Concord advises Baldwin to walk away from a fight, he must rely on his new crew, including the AI based on his younger grandfather, Constantine, to make the right decisions. One wrong step, and Captain Baldwin could be throwing the entire Concord into another intergalactic war…and this time they might not be so lucky. 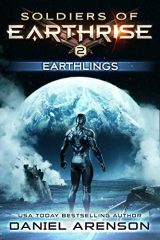 Conquering this backwater planet should have been easy.

But the natives are fighting back hard. The bodies pile up. The bombs keep falling. There is no end in sight.

Jon is an Earthling, a soldier eager to serve his world. But now he’s bogged down in the jungles of an alien planet. And the enemy is ruthless.

Maria is a Bahayan, a native of this world of deep forests and deeper secrets. Her ancestors came from Earth, Filipino colonists seeking a better life. But Maria was born on Bahay, and she would die to defend her homeworld.

Jon knows she is the enemy. That her betrothed, a cruel warlord, murdered his brother. Yet Jon cannot help it. He is drawn to Maria like a moth to the flame. 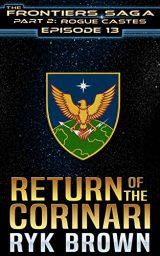 The Dusahn have been backed into a corner, barely able to hold the worlds of the Pentaurus cluster, let alone the entire sector. Forced to dig in, they may have to resort to drastic measures to save their fledgling empire.

Captain Scott must use all his military and diplomatic skills to prepare his forces for the final assault on the Dusahn Empire. But he cannot do it alone. He needs help, and lots of it. 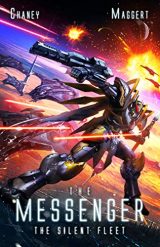 As Dash and his team begin expanding the Forge, they must focus on Dark Metal as the one thing that can give them an advantage in the coming war.

Using drones and a map from an ancient library, Dash and Leira must seek out the source of a transmission coming from far away.

That source, however, is something far more valuable than they could have hoped: a fleet of ancient Unseen ships, waiting to be salvaged.

With the Golden forces closing in, Dash will need to enlist more help as he prepares to engage the enemy.

He must choose his next battleground, all while the Forge works to arm his team with new weapons that could turn the tide once and for all. 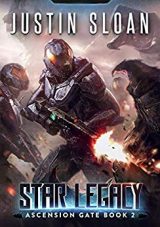 Stranded on an alien planet and left for dead. They’ve never felt so alive.

The attempt to colonize a system on the other side of a gateway to the stars led to serious problems. Massive storms, sandworms, and strange beings that threaten to end any chance our team has for survival.

Espinoza and his fellow Marines struggle to reconnect with Earth while battling the environment and those who attacked their ship on the way through the gateway. Shrina searches for her sister and answers to where the strange beings on Earth came from. Trent forms new bonds as he learns about powers beyond our comprehension.

Will Espinoza be able to figure out what the Goldies are, and why the storms attack? What made Shrina mutate in this powerful way? How can Trent survive in a world of gods? 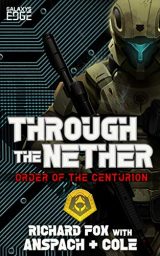 Through the Nether (Galaxy’s Edge: Order of the Centurion #4) – Richard Fox, Jason Anspach, and Nick Cole

Nether Ops works in shadows, and those shadows taint all they touch.

Soren Voss believes in the Republic. But when he puts a promising Navy career on hold to serve as a covert agent, he encounters truths that throw everything he knows into turmoil. After weeks in deep cover living life with ruthless gangs, Soren uncovers a stolen cache of weapons, a mysterious upgraded form of legionnaire armor, and a written oath of loyalty for someone named…Goth Sullus. The agent follows leads that bring him face-to-face with crooked legionnaires, slimy politicians, and a powerful smuggler and gunrunner named Scarpia.

Soren follows a darkening path to the heart of the Republic, and what he uncovers leaves him wondering not only if the Republic can be saved, but if he’s even on the right side. 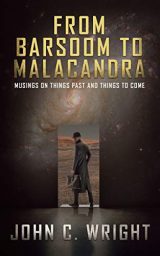 From Barsoom to Malacandra: Musings on Things Past and Things to Come – John C. Wright

Science Fiction Grandmaster John C Wright here presents never before published essays on topics both deep and trivial surrounding the strange and wonderful worlds of science fiction and fantasy. Thoughtful, humorous, deep, or absurd, Wright travels the width of the cosmos and plumbs the deeps of eternity through the lens of simple space adventure stories to say what these flights of fancy say about life on earth, and the secrets hidden in the human heart.