Culture Wars (Monster Hunter Nation): Here’s a fascinating demonstration of just how stupid and backwards the political gatekeepers in fiction really are. This week author Dan Simmons wrote a post about Greta the Climate Scold, and because his opinion went against left wing orthodoxy, a bunch of virtue signalling morons threw a fit.

Mundy’s stories, as we will see as we continue our look at his work.  This is especially true of his tales set in central and southern Asia, but before we begin discussing yataghans and chooras, let’s take a look at four of the blades that would have been used the armies of Rome and her enemies in Tros’s time.  Keep in mind that swords that were used on the battlefield were quite different from the swords that are commonly seen in anime, comics and cover art.  For one thing, they must obey the laws of Physics.

Robert Heinlein (PR News): One of the year’s most significant science

fiction releases is a new novel by Robert A. Heinlein, a rediscovered manuscript titled The Pursuit of the Pankera. Heinlein is, arguably, one of the best-known writers of science fiction, with titles like Starship Troopers, Stranger in a Strange Land and The Moon is a Harsh Mistress. Known as the “dean” of science fiction, he died in 1988 but his books continue to sell w

himself Gaston l”Armon, have stopped at an isolated inn somewhere in the Black Forest.  The innkeeper isn’t a friendly sort, but he serves them a meal and then shows them to their room.  A room down a dark corridor.  A room with no bar for the door. Kane and l’Armon go looking for a bar in one of the other rooms, neither trusting the innkeeper.  They stumble upon a secret closet in a room at the end of the corridor, where they find a skeleton chained to the floor.

D&D (Blog That Time Forgot): The Beithir is one of many serpentine

creatures one can find in the folklore of Scotland – all the more unusual, since the moors & glens aren’t exactly the ideal habitat for reptiles. The fact that one beast devoured seven horses (which I hinted towards in the illustration) suggests it was a mite larger than Scotland’s modern reptiles, like the adder or the slow worm.

Science Fiction (Best British Fantasy): It took me over 10 years to find all 33

books in the Dumarest of Terra series, a far-ranging and rollicking set of science fiction novels by Edwin Charles (E.C.) Tubb, concerning Earl Dumarest, formerly of Terra, who stowed away as a child on a spaceship and now, as an adult, finds himself very far from home and wanting only to return. Earl possess genetically superior luck and is inordinately fast with his reflexes when he chooses to be (mostly to the detriment of those whom he reluctantly kills who barely have time to gasp “too fast, he was just too fast….” before they die of a chest wound).

Writing (Mad Genius Club): We’re all familiar with the terrible trope of

action movies (and cop shows) where a guy takes a bullet, and then in the end of the episode, he has his arm in a sling, but he’s all better by the end of the movie / very next episode. In the really real world, people don’t end up with a little artistic bruising or smudge of blood or soot, and walk, run, and fight perfectly…acrobatically and dramatically.

Art (DMR Books): Wollheim’s instincts for spotting promising artistic talent were second to none in the entire history of the field. In fact, I considered just typing, “Frank Frazetta and Michael Whelan. Mic drop.” While Don always had an eye for a pretty picture, it was during the long decade betwixt 1962 and 1975 that he consistently kept hitting it out of the park as an art director, giving artists new to the field—and soon to be legends in their own right—their first shots at doing cover work for the American paperback market.

company, TSR was not immune to the allure of making more money by licensing deals.  Later, I’ll discuss some products that will blow your mind! One of the more obvious choices was to take advantage of the popularity of a certain barbarian, and the actor who played him!

the iconic 1965 anthology THE HARDBOILED DICKS, which made me a fan of hardboiled pulp crime fiction ever since. Editor Ron Goulart included one of Nebel’s Kennedy and MacBride stories, and I enjoyed it quite a bit. But then for years after that, I didn’t read much by Nebel since there just wasn’t a lot available. Half a dozen of his stories were collected in the paperback SIX DEADLY DAMES, but I never came across a copy of it. 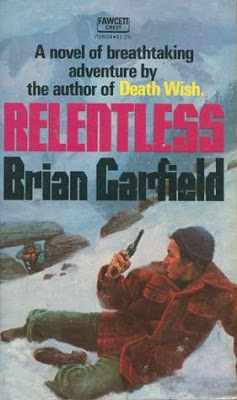 Gene Lazuta was born on this date in 1959. Lazuta wrote several paperback originals under pseudonyms (as well as a mystery series), but did not continue his career as a horror author; indeed, you can see his professional bio here. While the cover art is striking and in keeping with totemic pulp horror imagery—drippy typeface, fangs, skulls, hands crawling out of eyes.

Genre Fiction (The Silver Key): If S&S is only Howard, and defined only by what he wrote, then it’s not a genre. It’s the works of a single man. Howard created sword-and-sorcery in the 1920s, but he did not consciously set out to do so. He was trying to tell entertaining stories of blood and thunder, and make a living. When he died in 1936 there were very few indications sword-and-sorcery would survive, let alone flourish. It had a lot more growing to do.

Fiction (Ty Johnston): This was more space fantasy than true fantasy, but it

still rocked along with plenty of monsters and sword-swinging action. In the far future, Earth is ruled from another planet by the Dream Lords, semi-benevolent humans with vast powers of the mind. Yet the world of the Dream Lords is crumbling as one evil figure vies for their power. Fortunately, this evil being is thwarted by the mighty thews of our hero, an heir to being one of the Dream Lords.

Gaming (Walker’s Retreat): In short, making a hobby normie-friendly is a mistake. Gates exist. They will be kept. Either you hold those gates to keep those who do not belong out, or they will hold those gates to keep you–the rightful hobbyist–out of the very domain you made possible. To that end, having some barriers to entry is good. Uninituitive mechanics is one. Liminality is another; liminality is anathema to normies, who are too often NPCs requiring a script to execute to function, and liminality confounds that entirely.

origin story starring Joaquin Phoenix as Arthur Fleck, who becomes the Joker. Frankly, both of Ledger’s origin stories are more interesting. The question on everybody’s mind is: How does Joaquin Phoenix’s Joker compare to Heath Ledger’s? 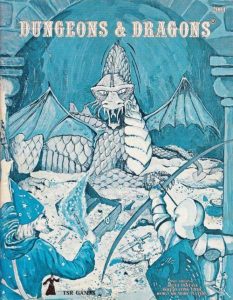 did that mean, I asked myself. I could not recall ever hearing of this David L. Arneson before and now, suddenly, here he was before my eyes, being touted as having had a hand in the creation of my beloved D&D. How was this possible? How had I never come across him before? I quickly consulted the rulebook of the Basic Set and, lo and behold, there was his name on the title page: “By Gary Gygax and Dave Arneson.”

Comic Books (Lovecraft E-zine): That said, Swamp Thing  originally came out of the gate roaring, the creation of two legends in the comics industry having a blast. The two individuals in question would be the writer Len Wein and the artist Bernie Wrightson. Len Wein wrote for every major superhero book published by Marvel and DC from the time he entered the field in the very early seventies until shortly before his death in 2017.