Publishing (Goodman Games): The Skull and his various minions, flunkies,

lieutenants, and, yes, even interns would like to send a hearty congratulations to our sword-brothers over at Heroic Fantasy Quarterly, on the occasion of their 50th issue! Heroic Fantasy Quarterly is an online magazine specializing in adventure fantasy of all kinds, from eponymous tales of heroism and epic fantasy, to sword-and-sorcery, dark fantasy, and skulldugging daring-do.

Review (DMR Books): A Sorcerer of Atlantis is told in three parts. Portions of 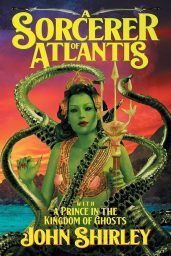 the story were published originally as “Swords of Atlantis” in Weirdbook No. 42. The story opens with a young duo of adventurers. Brimm is serious and thoughtful and a former magician’s apprentice while his childhood friend Snoori is always landing them both in trouble. 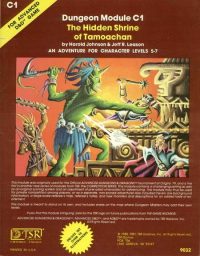 this blog asked me if I’d ever written a post in which I ranked the modules of D&D‘s golden age. As it turned out, I had not and, with his encouragement, I started thinking about doing so. Unlike my reader, I wasn’t prepared to look at all the adventures published for D&D during the period between 1974 and 1983. Instead, I decided to restrict myself solely to those published by TSR during that period. Further, I was only going to rank my top ten.

This is another module that has risen in my esteem as the years have gone on. Originally, I thought well of it primarily for its feel – creeping, claustrophobic oppression.  I still admire it on the score, of course, but I now better appreciate the design of the dungeon itself, starting with the fact that it’s quite well defended by the various evil humanoids that dwell within it.

Tolkien (Notion Club Papers): Is Aragorn more like King Arthur, or Alfred the Great? Of course, he does not have to be like either!

But there are zillions of people who have drawn a parallel between Aragorn and King Arthur (e.g. 288,000 Google entries pair these names!) – but I can’t myself see much resemblance except that they are both Kings – and both Good Kings, at that. 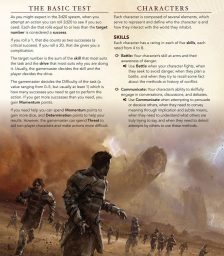 way to review a table-top Role-Playing Game on Roll20, the Modiphius Entertainment product, Dune: Adventures in the Imperium. We have opened a game on Roll20 and are asking you, the readers, to join us in game as we explore the system and the setting. 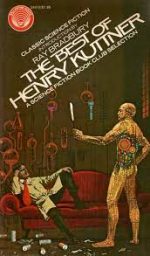 Kuttner primarily from his Sword-and-Sorcery excursions: his Elak of Atlantis stories, The Ship of Ishtar, etc. And of course he was married to C.L. Moore, she of Jirel of Joiry and Northwest Smith fame. Kuttner, sadly, died young. And yet, it turns out, he produced a substantial body of work in the time he had. The Best of Henry Kuttner collects some of it. 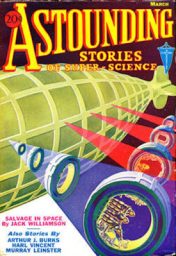 1933 issue of ASTOUNDING STORIES OF SUPER-SCIENCE, edited by Harry Bates. You can’t really tell it’s that old, however, as Jack Williamson’s clean, almost spare style reads as if the story was written much more recently than that.

Cinema (Fantasy Literature): 1964 was a very 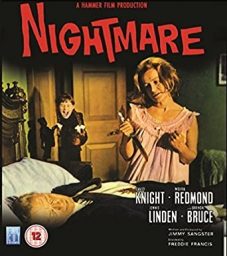 good year for Hammer Studios in the UK. On April 19th of that year, remarkably, the studio released two films, The Evil of Frankenstein (the third entry in an ongoing series) and the psychological horror thriller called Nightmare.

Weird Fiction (Wyrmis): Derleth sits upon a most unusual seat in Lovecraftania. His interpretation, and push, for the cosmic dread aspects of Lovecraft to be altered into a classic Good versus Evil, Manichean sort of mode lead to what is generally the worst sort of pastichery. On the other hand, Derleth’s tireless campaigning of Lovecraft, including founding a company to publish Lovecraft’s and others writings, is why you have a Cthulhu plushie. 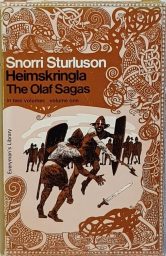 writers working in the early 20th century due to the mass proliferation of Saga translations. The first English language Saga translations began to appear in the late 18th and early 19th century. Sir Walter Scott was studying the Sagas as early as 1790, possessed a huge library of Saga material, and performed one of the earliest English translations of a Saga, An Abstract of the Eyrbiggja Saga (1814).

Fantasy (Mere Inkling): Which type of epic are you most likely to write? The two basic choices are either a natural epic, or a literary epic. Actually, it’s a bit of a trick question, since it would be extremely challenging to draw together all of the pieces necessary to compose a natural epic. You can see just why, in this passage from one of C.S. Lewis’ early letters to his father. 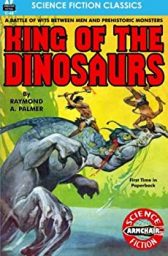 the light of day in the October 1945 issue of Fantastic Adventures magazine, in which its editor (Raymond Palmer again, who had started the publication as a sister outlet to Amazing in 1939, and remained its editor till 1949, four years before it folded) gave it the front-cover treatment, featuring some beautifully faithful artwork by J. Allen St. John. The novel would then go OOPs (out of prints) for 54 years, until the fine folks at Pulp Tales Press opted to resurrect it for a new generation in 2009. 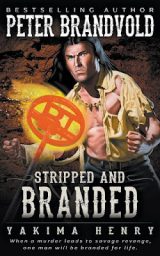 Review (Rough Edges): Yakima Henry is probably my favorite character created by Peter Brandvold, and he returns in STRIPPED AND BRANDED, the latest novel from Brandvold. Yakima last appeared in the somewhat heart-warming REDEMPTION TRAIL. As you might guess from the title, STRIPPED AND BRANDED is a considerably harder-edged tale.

Cinema (Karavansara): The film is called The Adventures of Hajji Baba, 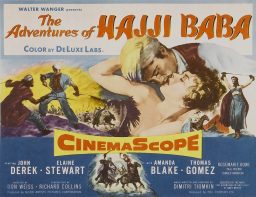 and it was directed in 1954 by Don Weiss, a director with a long TV experience, whose best known films are probably The Affairs of Dobie Gills and the beach party classic The Ghost in the Invisible Bikini, with Boris Karlof. The Adventures of Hajji Baba features John Derek, an actor I always found insufferable, and this might explain why I never watched this specific film. Opposite Derek – who portrays the titular Persian barber – is Elaine Stewart, in the role of bratty, spoiled princess Fawzia of Ispharan. 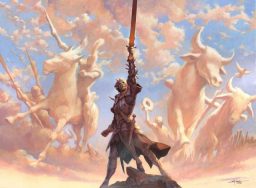 Gaming (Muddy Colors): In Magic the Gathering there is a pile of cards that origin from the beginning of the game. Old school Cards are the cards printed between 1993-1994. One of those cards are Swords to Plowshares. The card removes a creature from the game, so to speak turning a creature from being dangerous to being not a threat anymore. Like smiths turning the swords into plows in peacetime. the old illustration on this card is so Iconic and burned into my mind that I had a hart time even imagining something else when I first got the assignment.

RPG (Grognardia): If you were a fan of GDW’s Traveller in the early 1980s, 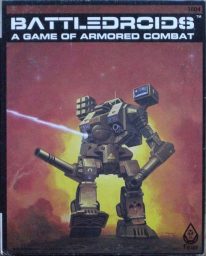 as I was, chances are good that you were familiar with the publications of a small Chicago-based licensee, FASA (which originally stood for “Freedonian Aeronautics and Space Administration”). Starting in 1980, FASA published more than two dozen products to support Traveller, many of them being or including starship deckplans.

Cinema/Kaiju (Fantasy Literature): And then there is the third film of that trio, Gorgo, which I retained very fond memories of, although I had not been able to watch the film in a good {mumble mutter} decades. But I am here to tell you that I have finally caught up with this beloved kiddy favorite again, and that it has charmed me anew. Originally released in March ’61 here in the U.S., and seven months later in its country of origin, the U.K., the movie was filmed in color, unlike those other two, and at a cost of a respectable $650K.

Science Fiction (Tor): At the height of Robert A. Heinlein’s career as a 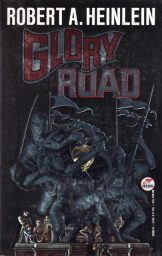 science fiction writer, he wrote a book, Glory Road, which stood out from all his previous work. It was more fantasy than science fiction, with all the trappings and tropes of a fantasy adventure and a heroic quest in a magical world. Wrapped around that exuberant center, however, was a rather downbeat view of life and society, and a deconstruction of some of those familiar fantasy tropes.

Weaponry (Isegoria): If it’s armed for air-to-air combat, an attack helicopter will defeat most fighter airplanes: In 1978/79 US Army and US Air Force conducted a joint experiment called Joint Countering Attack Helicopter (J-CATCH). J-CATCH focused on dissimilar air combat between jet fighters and attack helicopters. To the surprise of many involved in the program, the helicopters proved extremely dangerous to the fighters when they were properly employed, racking up a 5-to-1 kill ratio over the fighters when fighting at close ranges with guns.

Miscellaneous (Benerson Little): Classic romanticized buccaneers! The pirate captain and his woman ashore on a Caribbean island or an isolated part of the Main, perhaps to share plunder or while careening, or simply to celebrate the holiday. We can always count on Howard Pyle to make the romantic appeal to our imaginations. And indeed, buccaneers did celebrate Christmas (and probably smoked cigars on occasion too), as I discuss below.