Robert E. Howard (Adventures Fantastic): The opening is one of Howard’s best. A Roman governor, Titus Sulla, is showing a Pictish ambassador Roman justice by executing a Pict by crucifixion. The ambassador watches stoically without saying anything. The ambassador is of course the Pictish king Bran Mak Morn in disguise.The dying man provokes one of the guards into killing him, which angers the Sulla. It was the quickest death the Pict could experience, and the governor wanted him to suffer. The guard is sentenced to jail.

Cinema (Arkhaven Comics): In a pre-Star Wars universe, guys in silly rubber costumes tramping around flimsy sets were awesome. Give a kid a bunch of cardboard boxes and a crayon and within minutes there were would be a Tokyo skyline.  All ready to be stomped flat by a boy who was hunched over and occasionally interrupting the carnage to give his mighty Godzilla roar. When I was nine, my only sources of income were scouring parking lots for dropped change, returning pop bottles, and (for one summer) cutting the teeth out of sharks that had drowned in the nets for the creepy guy who made necklaces out of them. 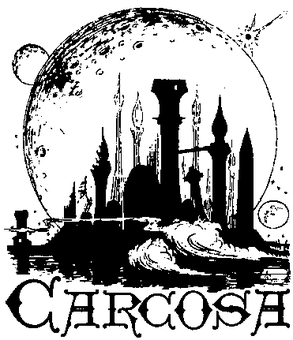 Publishing (DMR Books): Carcosa, the imprint founded by Karl Edward Wagner with partners David Drake and Jim Groce, came to be partially out of the concern that Arkham House would close shop after the death of August Derleth in 1971. Thankfully, that didn’t happen. But for me, the four Carcosa volumes are Arkham House books by extension. They are design-executed as traditional AH titles and are absolutely essential books in the macabre-fantasy genres.

Robert E. Howard (Up and Down These Mean Streets): Birthday 115 today for Robert E. Howard, the Texan who wrought his influences into the genre of headlong adventure known as Sword-and-Sorcery. A pulp writer in his lifetime, his works now tread the world stage under sandaled feet. Leading up to this moment I punched up a couple of online S&S tales from the most recent practitioners of the form. Mostly to nudge me one way or the other into accepting — or rejecting — a request to write a survey of S&S by this summer.

Dragonlance (The Wert Zone): Margaret Weis and Tracy Hickman have confirmed that a new Dragonlance trilogy is to be published by Random House, starting this year. The news comes after a lawsuit between the authors and Dragonlance IP owners Wizards of the Coast (and their parent company Hasbro) in October revealed the existence of the trilogy. 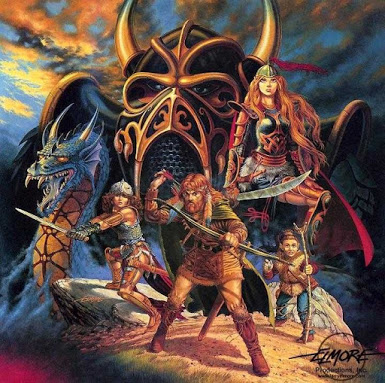 Fiction (Goodman Games): “Civilized men are more discourteous than savages because they know they can be impolite without having their skulls split, as a general thing.” – Robert E. Howard, “The Tower of the Elephant” The above is one of the most famous lines Robert E. Howard ever wrote, and it occurs as a young, somewhat naive Conan is mocked by a group of city dwellers in the opening scene of “The Tower of the Elephant.” As an introduction to both the story itself, and the character and themes of Conan in general, that opening scene is perhaps unsurpassed in the overall saga.

Writing (Pulprev): Last year, Misha Burnett and I put together a call for submissions for an anthology of essays on pulp fiction. Titled Pulp on Pulp, it collects tips, tricks and advice on the art of writing pulp fiction from some of the up and coming names in the growing PulpRev movement. Pulp on Pulp was meant to be a permafree book. However, Amazon won’t let authors place a book on preorder for free. If you can wait for a few days, Pulp on Pulp will be free in the near future. But if you want it now, I’m pleased to announce that it is available for pre-order here! 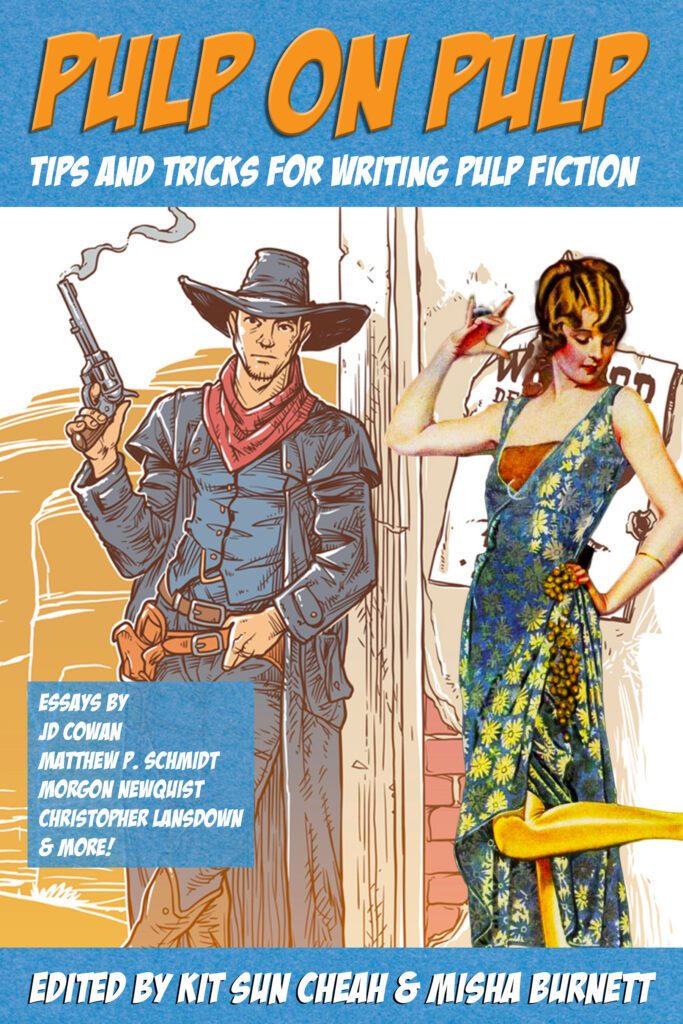 Cinema (The Silver Key): Tolkien focuses on Tolkien’s early life from roughly age 10, circa 1902, ending with him writing the iconic first line of The Hobbit, in the early 1930s. We get a heavy emphasis on his romance with Edith Bratt, his friendship with the T.C.B.S., four passionate boys who shared a common love of heroic literature, his love of languages, and his experiences with love and war that inspired his great story of the war of the ring and its underlying mythology.

RPG (The Other Side): Another favorite game that came out of the Old-school push was Astonishing Swordsmen & Sorcerers of Hyperborea.  A game that took us back to the pulp-fantasy roots of the RPG hobby. I am very, very fond of this game. There is just so much potential here that I become overwhelmed with ideas.  Do I want to do the dawn-time of humanity when the Old Ones have left the Earth? 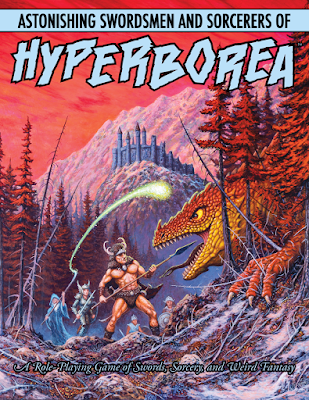 History (Locklin on Science): A few years ago I was made aware of the fact that much of Dune was inspired by a popular history book from the 1950s called “Sabres of Paradise” by Leslie Blanch, a British travel writer of the day. Upon reading the thing, it’s almost self evidently true. One of the things that needs to be understood about the time of Blanch’s writing: the political prejudices weren’t much different from today. The Anglosphere absolutely hated Russia, both from the British worries about the Russians overrunning the Raj, and the US foreign policy elite worrying about Russian expansionism then as they continue to do today.

Review (Marzaat): The thesis of this book is that Imperial Russia, using the criteria of Fritz Fischer’s famous Griff nach der Weltmacht aka Germany’s Aims in the First World War) bears as much responsibility for starting World War One as Imperial Germany. McMeekin, using research into Turkish, Russian, French, German, and English archives, shows that Russia was anxious for war to pursue two objectives: the seizure of Constantinople and Persian lands on the other side of the Caucuses. 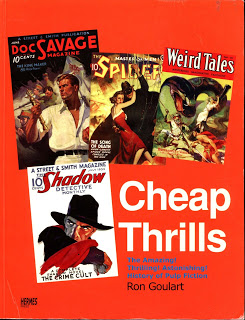 Pulp (Porpor Books Blog): What was to become known as the great Nostalgia Craze of American popular culture was underway and gathering steam when, in 1970, Tony Goodstone published The Pulps: 50 Years of American Pop Culture, a well-produced hardbound book that combined color prints of pulp magazines covers, black-and-white illustrations from the magazine interiors, and reprints of selected pulp stories. 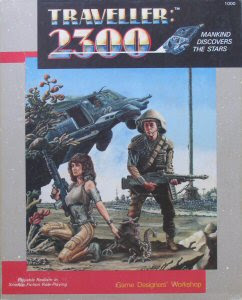 RPG (Grognardia): Though it’s quite probable that I’ll not live long enough to see my youthful dreams come to pass, I remain remain a science fiction aficionado. I have long said that Traveller is my favorite roleplaying game, bar none. I played the game regularly and with great enthusiasm in my younger days and my first professional writing gigs were Traveller articles and adventures that appeared in the pages of GDW’s Challenge magazine. Despite this, there was a time, in the late 1980s when I’d grown tired of Traveller and was casting about for a replacement sci-fi RPG.

Fiction (Paperback Warrior): Beginning in 1989, another series was introduced under the title The Holts, an American Dynasty. Authored by James Reasoner (Abilene, Stagecoach Station) also under the name Dana Fuller Ross, the series ran for 10 installments and focuses on Whip Holt’s sons in the late 1800s. That brings us full-circle to the subject at hand, an exciting Wagons West prequel trilogy titled Wagons West: The Frontier Trilogy. 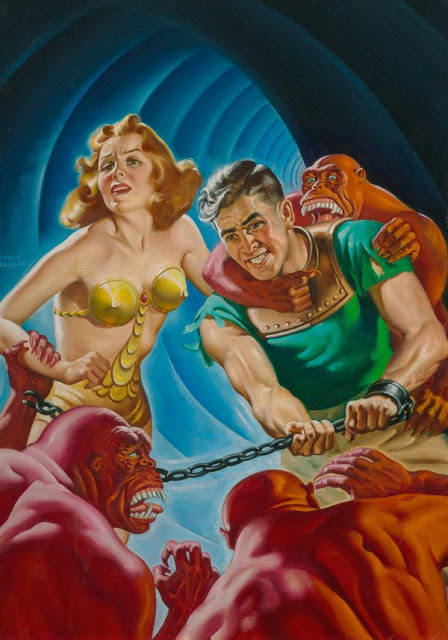 Cinema (Legends of Men): There is a sad trend occurring in action films. It’s the same trend that we see in Generation Z a.k.a. the Zoomers. This trend is characterized by a sense of nihilism. In life, Zoomers tend to feel that nothing they can do matters. They can’t succeed (which usually means becoming wealthy) in a system where the odds are stacked against them. They believe that college degrees are both expensive and useless, but see the only alternative to becoming an entrepreneur. The entrepreneur’s gambit is one that makes the rich get richer. 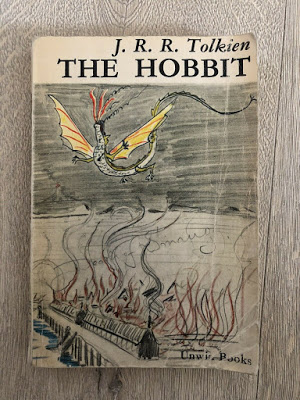 Tolkien (Monsters & Manuals): You have to love that old school cover. I probably last read The Hobbit about 7 or 8 years ago – enough time to forget lots of little details. As these came back to me, it gave me cause to reflect on the evolution of the fantasy genre; a lot of Tolkien’s ideas have been picked up and run away with during the course of the last 50-70 years, but there are a number which simply haven’t. Indeed, as you read The Hobbit now, you encounter many little throwaway lines that have had almost no impact on the development of the fantasy genre and which, if they had, may have altered its flavour considerably.

Fiction (Tellers of Weird Tales): I left off on December 17 with part two of this series on Utopia and Dystopia in Weird Tales. I began part one by writing that Utopia came before Dystopia. Then I finished reading Science Fiction: Today and Tomorrow (1974), edited by Reginald Bretnor, and found another view of things. It’s an uneven book. Some of its essays are not especially interesting. Others are excellent. Jack Williamson’s entry, entitled “Science Fiction, Teaching, and Criticism,” comes last. I read it during the week of Christmas. 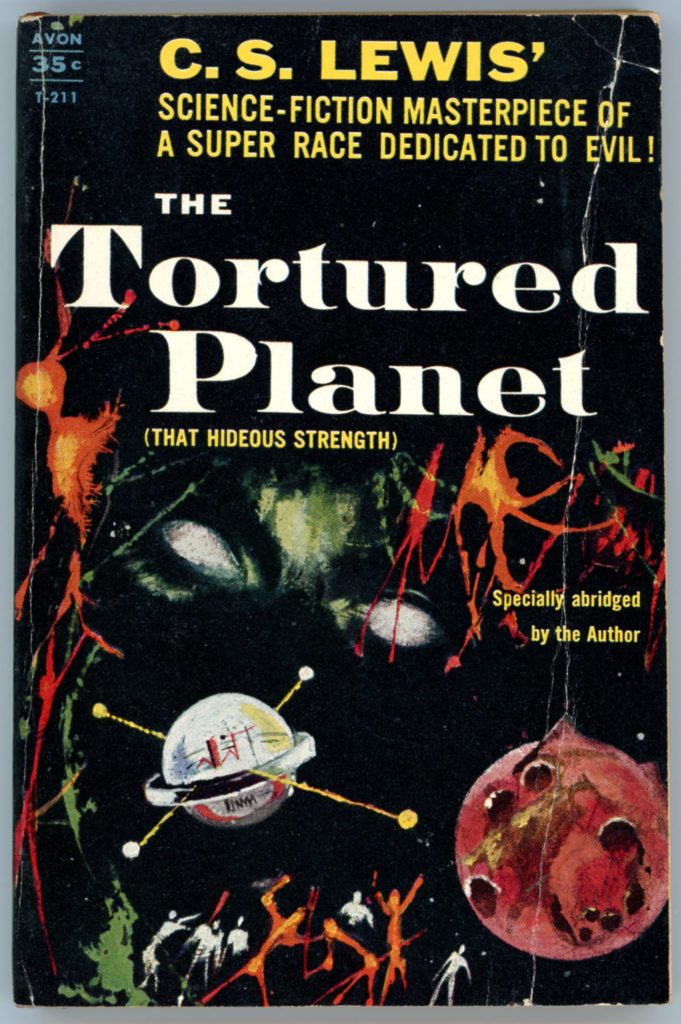 Fiction (Words Envisioned): Here’s the cover of Avon Books’ 1958 edition of the third and final novel of the Space Trilogy, That Hideous Strength, published under the awkward title The Tortured Planet.  (Ugh.)  I don’t know the reason for the title change, though it may relate to this Avon edition being – as stated on the cover – C.S. Lewis’ abridged version of the original work. This edition’s cover art, which looks like two factory-reject Christmas tree ornaments floating confusedly in space, is by Richard Powers, and is the “weakest” of the cover illustrations of Avon’s three 1950s-era volumes of Lewis’ trilogy.

Fiction (DMR Books): I first heard from Richard L. Tierney many years ago when he wrote me, having read my article “The Old Ones’ Promise of Eternal Life” in Harry Morris’s great periodical Nyctalops. In that bit of pretend-scholarship I argued that the “unexplainable couplet” was to be interpreted in terms of Gnosticism. Dick, of course, was quite interested in ancient Gnosticism, as witness his wonderful tales of Simon of Gitta, i.e., Simon Magus. We went on to correspond thereafter for several years. Eventually I published a collection of his early short stories as a special issue of Crypt of Cthulhu.