Weapons (Ammoland): On the Internet, and in print, many people claim that pistols lack efficacy in defending against bear attacks. Here is an example that occurred on freerepublic.com: “Actually, there are legions of people who have been badly mauled after using a handgun on a bear. Even some of the vaunted magnums.”
OK, give us a few examples. As you claim “legions”, it should not be too hard. I never received a response.

linking will take a few days, but both versions are meant to be linked. I’ve set it such that any paperback purchase gets you the ebook for free. The same applies to other features such as Look Inside.

BACKERS! I’ve ordered your copies. They’re due to arrive at my house between the 8th and the 16th. I will begin turning around and sending them to you as soon as they arrive.

RPG (RPG Pundit): Lion & Dragon contains a bestiary chapter, which has 40 different entries for creatures (not counting 13 animals and a bunch of entries for human NPCs; and also not counting Demons which have their own section in the “Summoning” rules of the magic chapter, alongside the homunculus and the golem).  Many of these monsters have names that you would see in any number of OSR/D&D monster manuals, but their version in L&D is very different, being based on medieval lore and styling.

Fiction (Cirsova): The idea is that wars on Earth created a race of albino

Khan Noonien Singh-esque Mutant supermen whose intellect and self-determination put them at odds with a socialist global superstate, so said superstate booted them and other non-Mutant freethinkers off to the moons of Jupiter. The societies and states on the moons of Jupiter have a nominal perpetual peace, except they’re actually in a state of perpetual strife and intrigue acted out via agents.

Road Home and Savage Avengers were good ideas. Editorial is a milkmaid and Conan is the cow.

I feel like I’m beating the same old drum. Conan the Barbarian is a terrible comic. Jason Aaron’s prose is just abysmal. Mahmud Asrar’s art is merely serviceable in that for every brilliant panel there are two or three he must have drawn while sleepwalking.

Ian Fleming (M Porcius): One of the issues one might raise about some of

the first four 007 novels is that Fleming didn’t do much to flesh out the lead villains.  For example, we spend very little time with the Spangs, the twin brothers who head an American crime family in Diamonds Are Forever before Bond sends them to hell with his .25 caliber Beretta or a handy 40mm anti-aircraft gun.

RPG (RPG Confessions): These vocabulary words are useful in that they 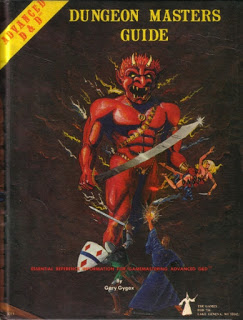 summarize complicated concepts, and that leads to greater communication. But we live in a time where everyone skims, and no one is very good at reading for context anymore, and subtlety is gone and nuance is out the window, and…I guess what I’m saying is, “Sandbox” and “Railroad” are positioned in our current lexicon of geek patois as Yin and Yang, a positive and a negative, one to emulate and the other to assiduously avoid at all cost.

French capture of Fort Oswego on the shore of Lake Ontario opened the rich farmland of the valley and the homes of the British-allied Mohawk nation to military threat. The valley survived the war mostly intact. It was a very different story twelve years later in the American Revolution.

Book Review (Everyday Should be Tuesday): If it wasn’t entirely clear

after Cold Iron that Cameron is writing an Epic Fantasy with a capital-E and capital-F, it certainly isn’t now.  This is also definitely Flintlock Fantasy—early modern guns play a much more significant role in Dark Forge than they did in Cold Iron.

Cinema (Postmodern Pulps): Last Blood, on the other hand, appears to have

been conceived for the sole purpose of getting to the last 20 minutes of the film, and no one gave any real thought or care as to how the film got there. In order to talk about this, I’m going to have to deal with some extensive plot spoilers, so now is your chance to bail now if you don’t want this.

selected from my Best Nineteen-Fifties (1954–1963) Adventure list — were first serialized or published in book form. They’re my favorite adventures published that year.

Please let me know if I’ve missed any adventures from this year that you particularly admire. Enjoy!

(1984), by Robert J. Kuntz and Gary Gygax. This adventure is reeeeeally old school, even though it was published in 1984! The name sounds a bit silly, but don’t let it fool you: this adventure was first written in 1972/1973 by Robert Kuntz in order to challenge the skills of none other than Gary Gygax, who used his wizard Mordenkainen! It is a quite punishing dungeon.

the tale of a post apocalyptic Earth, ravaged by a mysterious event called “The Storm.” Humanity is now primarily concentrated around an immense fortress called the “Zigg,” with the fortunate pure ones living inside in relative luxury, the unfortunate– mutants, aliens, and general undesirables– living in slums clustered around it. (If you’re thinking Final Fantasy VII‘s Midgar, you’re on the right track.)

Storytelling (Wasteland and Sky): What I dislike the most is anything that makes the universe smaller. Any story device that clips the wings of potential from the outset is one I cannot get behind. And, unfortunately, this has happened more and more over the last decade.
There are two examples that are functionally the same thing, but both are very good at making me lose interest in your story.

Gaming (Bell of Lost Souls): Come take a look at some of new rules and

changes to existing ones that turn up the newest Warhammer Underworlds season’s competitive heat!
Source: https://www.belloflostsouls.net/2019/09/warhammer-underworlds-beastgraves-seasonal-delights.html

Westerns (Paul Bishop): If I could only choose one Western novel to

recommend, it would be The Cowboy and the Cossack. The traditional cattle drive formula is given a refreshing twist when fifteen Montana cowboys sail into Vladivostok, Russia, with a herd of five hundred longhorns. The experienced wranglers are fired up to drive their herd across a thousand miles of Siberian wilderness, but are startled to find a band of Cossacks—Russia’s elite horsemen and warriors—waiting to act as an unwanted escort.

Horror (Too Much Horror Fiction): So within a couple months I’d tracked

down Lansdale’s 1987 novel The Nightrunners (Dark Harvest hardcover 1987, paperback by Tor, March 1989). I recall coming home one afternoon from the bookstore I worked at with my brand-new copy, going into my room, locking the door and then reading it in one white-hot unputdownable session. That had never happened to me before; I usually savored my horror fiction over several late nights. 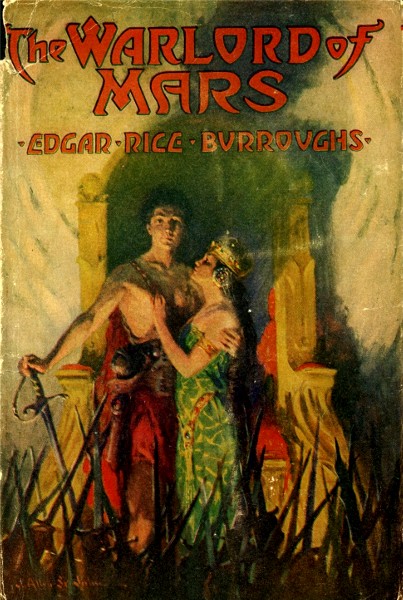 breaking publication of Under the Moons of Mars—later rechristened A Princess of Mars—in All-Story Magazine. Readers clamored for more adventures on Barsoom and Edgar Rice Burroughs gladly obliged. The first installment of The Gods of Mars was published in January of 1913. ERB, no fool, ended TGoM on a cliffhanger. John Carter fans demanded the conclusion to the saga and Burroughs delivered the goods. The Warlord of Mars saw its first publication in All-Story beginning with the December, 1913 issue.

Comic Books (Brian Niemeier): Everybody has a theory of how the American comic book industry died. “It was the early 90s investor boom,” some say. “The glut of variant covers and similar sales gimmicks created a bubble, and when it burst it took out the direct market.”
Others lay the blame on publishers driving out seasoned writers and letting rock star artists run the show.

Detective (Moonlight Detective): An anonymous comment was left on my 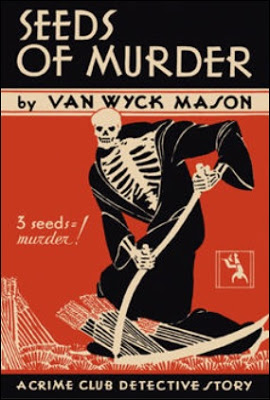 review of The Fort Terror Murders explaining Van Wych Mason’s long-running Captain Hugh North series has two main periods. The first period covers the fourteen novels published between 1930 and 1940, which have the word “murder” or “murders” in their title and “tend to have elements of the Golden Age detective story,” but the second period moved away from detection towards more spy-oriented intrigue novels – starting with The Rio Casino Intrigue (1941) and ending with The Deadly Orbit Mission (1968).

shamus, appeared in a five-part serial of The Maltese Falcon in Black Mask in 1929. Hammett carefully reworked the pieces into novel form for publication by Alfred E. Knopf in 1930 and detective fiction would have a benchmark that has yet to be surpassed. Hammett, who wrote over two dozen stories featuring a detective known as The Continental Op (well worth reading), never intended to write more about Samuel Spade, saying he was “done with him” after completing the book-length tale.