Fiction (Got Your Games): “A little light reading
I have, over the years, read a few of the books written about games and gamers and I’ll list here as many as I can recall off the top of my head, giving a 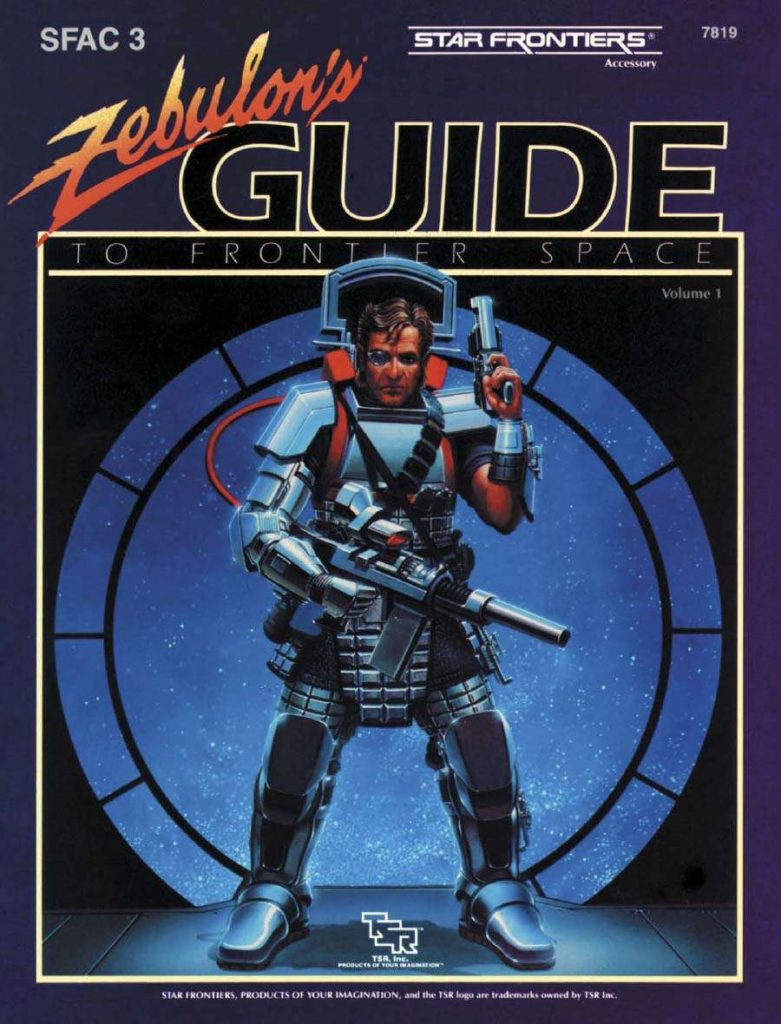 The Elfish Gene by Mark Barrowcliffe
Just awesome – I’ve read this numerous times. One man’s childhood in Dungeons & Dragons. Mark’s book is an easy read that will make you laugh, cringe and nod in agreement in equal measures. Stories and anecdotes from a guy on the fringes of reality – I really can’t recommend this enough.

Empire of Imagination, Gary Gygax and the Birth of Dungeons & Dragons by Michael Witwer
Ok(ish) – reads like a bit of college English project if I’m honest. Lots of re-imagined dialogue in places that does become a little irritating. An easy read but nothing new here.”

Games (Reactionary Times): “Finding this book touched off a wave of bittersweet nostalgia for me.

My college gaming night group switched off of Dungeons and Dragons for a while because there was a guy three of us were trying to ditch and one of us kept bringing to Game Night, despite the fact that the rest of us kept telling him not to. He was That Guy.

When it was my turn to DM I switched to a new module from TSR called Star Frontiers because I knew there was no way in hell that, That Guy was going to show up unless he could play his elfin paladin-monk-cleric-mage assassin Zex-Xor. He was really That Guy.”

Fiction (Swords Sorcery Blogspot): “A few weeks back I asked for what A. Merritt book should I start out with. The support everybody gave for their favorite title was equally enthusiastic. Finally, I settled on Burn, Witch, Burn (1932) because the Appendix N Book Club podcast made it sound insane. I 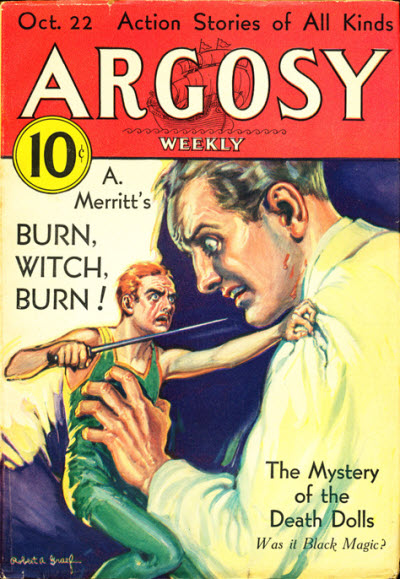 finished it this past week. If you haven’t read it, let me say right here that it is.

Narrated by Dr. Lowell (not his real name, he tells us), spins a tale of madness and terror in New York City that involves medical experts, gangsters, and, of course, a witch. The witch is a terrifying individual, spiritually and physically.”

Awards (Everyday Should Be Tuesday): “The Robert E. Howard Foundation has announced the preliminary ballot for the 2018 REH Foundation Awards and I have been nominated for The Cimmerian—Outstanding Achievement, Essay (Online). Specifically, the foundation nominated my three posts on the Del Rey collection of Robert E. Howard’s Conan stories (which you can find here, here, and here).”

RPG (Men of the West): “Not all of us at the Men of the West are gamers, especially pen-and-paper roleplaying gamers, and I’d wager most of our stalwart readership isn’t, either. Bear with me for minute. Dungeons and Dragons has long been the premier fantasy roleplaying game out there. The market is crowded with a lot of good games, but D&D has been king of hill since it started gaining popularity. Even if you have never touched a character sheet to roll up stats, there’s a good chance you know something about D&D. And now, it has entered a death spiral. The company that owns the trademark, Wizards of the Coast, has decided to piss on the customers that actually buy and support the game by introducing gender fluid elves.”

Fiction (DMR Books): “Leigh Brackett died forty years ago today. Being in a nostalgic mood, I decided to honor the occasion by rereading her final novel, 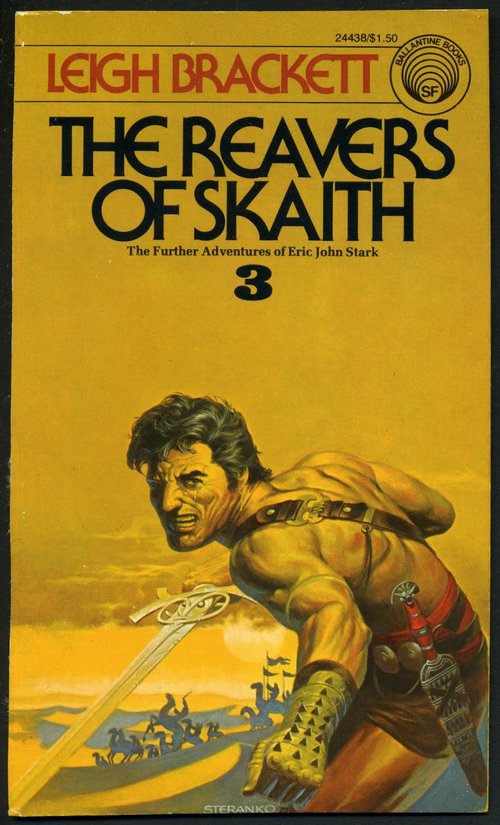 Reavers of Skaith. While it may have been her last novel, it was my very first exposure–at the tender age of twelve–to her fiction and to her most enduring creation, Eric John Stark. I knew of Leigh by way of The Empire Strikes Back and “Reavers” was the only Brackett the Oswego Public Library had–not that I’m griping, mind you. Reavers of Skaith packed a wallop that I’ve never forgotten.
I’m not here to review the novel, exactly. It certainly deserves one, but it needs reviewed in context with its older siblings, The Ginger Star and Hounds of Skaith, the three of which make up what has been called The Book of Skaith. While they can be read separately and out of order–the way I did it–I won’t inflict that upon all you gentle readers of the DMR blog. No, I just want to take a short look back at how Reavers of Skaith hit me all those years ago and, just maybe, encourage some of the bolder souls out there to have a go at the entire Book of Skaith minus a proper review. I’ll try to keep things spoiler-free.”

RPG (RPG Watch): “Dungeons of Chaos is a throwback to the first open world rpgs, like the early Might and Magics and Ultimas. These games weren’t about crafting or finding something to interact with every thirty seconds, but about exploring huge open areas, fighting off monster, solving an occasional riddle, and figuring out what you had to do next. Near and far were hidden treasures and monsters both easy to defeat and way to powerful for your party. In these kinds of games you often learned brutally where you could not go until you got more powerful. Dungeons of Chaos recaptures the feeling of these types of games in their entirety, including combat and dialogue systems that you hardly see now of days. While the game is purposefully nostalgic, it at least understands what made these games fun, and offers the player a game of epic scope and a huge world to explore.”

Fiction (James Reasoner): “Last month I posted about the three stories from ROCKET’S RED GLARE that are going to be reprinted in THE YEAR’S BEST MILITARY AND ADVENTURE SF, VOLUME 4, published later this year by Baen Books. You can now read editor David Afsharirad’s introduction to this anthology here. There are more stories from ROCKET’S RED GLARE in this book than from any other source, and I’m very proud of that fact. I’m also proud of all the other great stories in ROCKET’S RED GLARE, and it’s still available in ebook and print editions from Rough Edges Press, of course.” 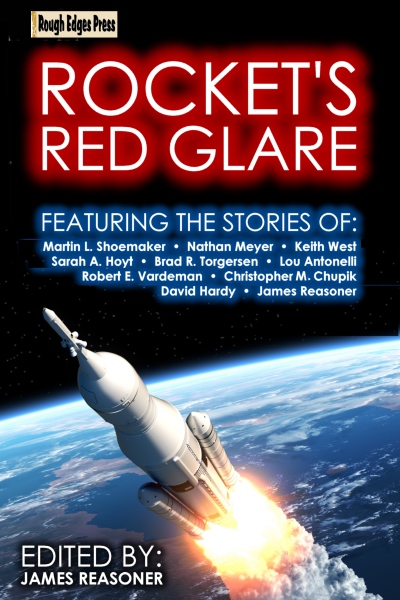