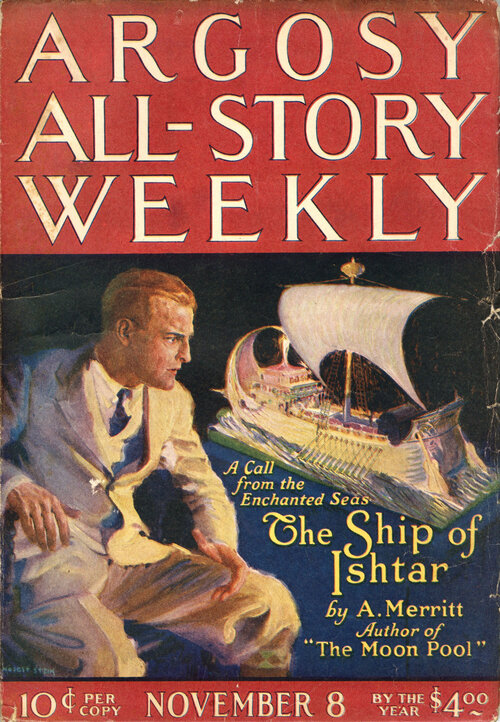 Fiction (DMR Books): For today’s birthday tribute to Merritt, I thought that I’d focus on that classic novel, which was originally serialized in Argosy All-Story Weekly between November 8, 1924 and December 13, 1924, prior to being published in hardcover by G. P. Putnam’s Sons in 1926. Following that, it was reprinted many times, including in magazine form in Fantastic Novels (March 1948) and numerous paperback reprints from Avon.

Cinema (Arkhaven Comics): Disney (freaking) Entertainment has LOST the kid’s market. By every conceivable metric (except SJW critical approval), they have lost the audience that built the company. The reason they’ve lost that market is that Bob Iger threw away his Irreplaceable Man. Let me start by stating, that I come to bury John Lasseter not to praise him.  While he presided over what was nearly a second Disney Renaissance, his time at the company ultimately resulted in leading the animation studios into a pattern of decaying artistic failure.

Publishing (Amatopia): There’s a school of thought that self-publishing is embarrassing and opened the floodgates to a whole bunch of shoddy work that would never have seen the light of day if the gatekeepers were properly gatekeeping everything, and the unwashed and unschooled masses did not have access to this democritizing technology. And that’s all true. Most of it. I differ at the typical smug go-to insult, which is the “embarrassing” part.

History (Men of the West): The following is extracted from Hero Tales of the Far North, by Jacob A. Riis: The Eighteenth Century broke upon a noisy family quarrel in the north of Europe. Charles the Twelfth of Sweden, the royal hotspur of all history, and Frederik of Denmark had fallen out. Like their people, they were first cousins, and therefore all the more bent on settling the old question which was the better man. After the fashion of the lion and the unicorn, they fought “all about the town,” and, indeed, about every town that came in their way, now this and now that side having the best of it. 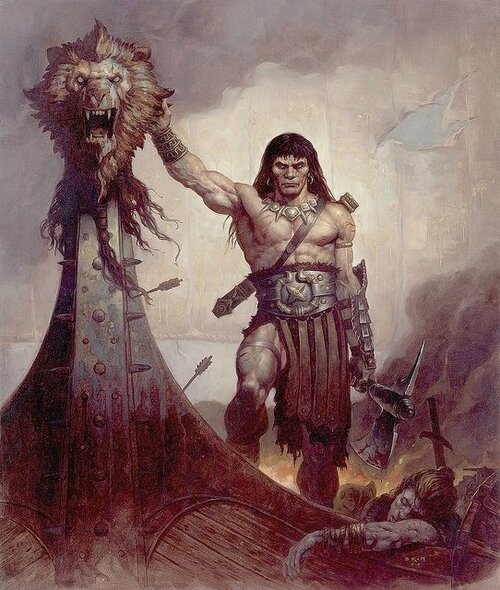 Robert E. Howard (DMR Books): As a matter of fact, we really do not know whether “Amra” means “lion” in Kushite or not. That also brings up the issue of “Kushite”. That term would have to apply to the actual kingdom of Kush, rather than the region of Kush, to make any sense. It would appear that there were several distinct dialects–or languages–within Kush, let alone the rest of the Black Coast. The point is, we don’t know from what language “Amra” originated. Maybe the language(s) of Kush, maybe not.

Games (Alt Char): Based on Lovecraft’s novella “At the Mountains of Madness”, Conarium casts the player as Frank Gilman and tasks them with finding out what went wrong at the Upuaut station. Fans of H.P. Lovecraft’s particular brand of horror will be delighted to hear that a game based on his novella “At the Mountains of Madness” is coming to Nintendo Switch today. Conarium follows a story of four scientists and their endeavour to challenge what we normally consider to be the ‘absolute’ limits of nature. 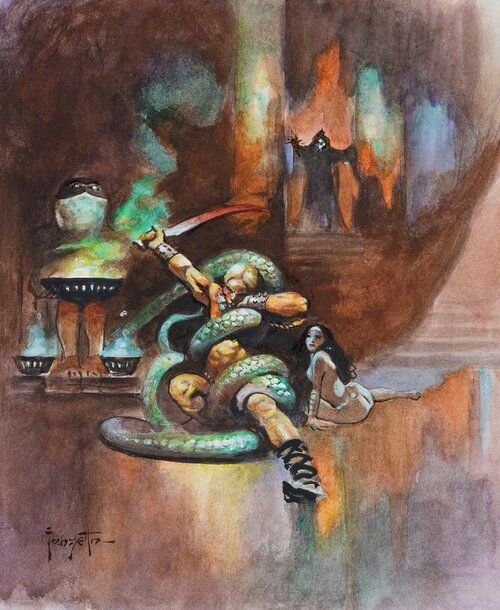 Robert E. Howard (DMR Books): Howard’s barbarians are not supermen. They are not created with super-serums or radiation and do not go around wearing spandex costumes at night. They are not aliens with superior powers like Superman. They are tough bastards who can endure more than the civilized man, living by strength and wit. They are natural Spartans. His warriors are more akin in attitude to the hard-boiled private eyes and detectives found in the pages of the pulp magazines Black Mask and Dime Detective. They take a beating but get back up. It can be summed up in the scene where Conan takes control of the Zuagirs from Olgerd Vladislav in “A Witch Shall be Born”. 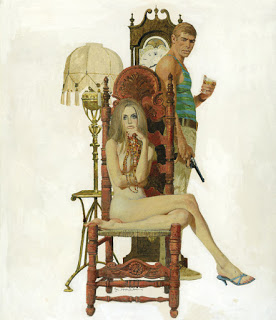 Myth (Men of the West): The following is extracted from All Things Considered, by G.K. Chesterton (published 1915).

Tolkien (Alas Not Me): To say definitively if the One Ring is or is not sentient may not in the end be possible. To do so would surely require an attentive and thorough examination of the question. I tend to believe that it is not, but I also think that the ambiguity is both intentional and important. I am not pursuing that overall question here today, only a portion of it that has only recently become clear to me. It struck me that Of Aulë and Yavanna supplies important testimony against the sentience of the Ring. Here’s the passage in question (emphases mine). 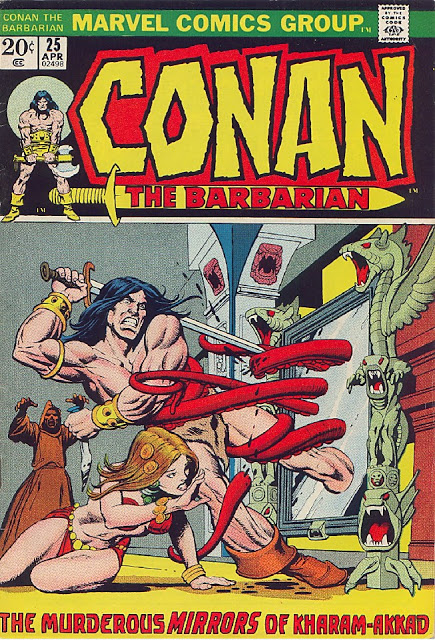 Comic Books (Grognardia): I wrote in my earlier post on “The Mirrors of Tuzun Thune” that Roy Thomas “clearly disagrees with me” regarding adapting the story to feature Conan. I wrote this because I was thinking of Issue #25 of Conan the Barbarian (April 1973). That issue contains a story entitled “The Murderous Mirrors of Kharam-Akkad” that draws heavily on the Kull tale but isn’t precisely an adaptation, as I had thought. In it, a Hyrkanian high priest named Kharam-Akkad possesses Tuzun Thune’s mirrors and sees in them a vision of Conan standing over his dead body.

Fantasy (Monsters and Manuals): On the left hand side is ‘For a Breath I Tarry’, the Zelazny short story in which an entire planet is populated by two robots. On the right hand side are the high fantasy worlds of D&D and modern commercial fantasy fiction, which are crowded and thronging with life. Some other examples off the top of my head, going roughly from left to right: Viriconium, Hyborian earth, Urth, Bas-Lag, Mystara. An observation: as the genre has matured, its settings seem to have tended more towards the dense than the sparse.

New (Wormwoodiana): Richard Lamb, eldest son of noted ghost story anthologist Hugh Lamb, has announced a new, memorial edition of his father’s Terror By Gaslight anthology, first published in 1975. This features the original fourteen stories plus three more selected from the editor’s collection of unused material, and there is a new Afterword by Mike Ashley.

Cinema (Craneshot): Yes, Virginia, there once was a very small window of time in which husky comic actor Jim Belushi (THE PRINCIPAL) was not only a major Hollywood action star, but one who received equal billing with superstar Arnold Schwarzenegger (COMMANDO). Both actors are cast according to type in RED HEAT, a raucous action comedy directed by the man who helped create the genre with 48 HRS.: Walter Hill. It opened at #1 (the same weekend BULL DURHAM and THE GREAT OUTDOORS opened), but was not one of Arnold’s biggest hits. But, hell, neither was THE TERMINATOR.

Cinema (Arkhaven Comics): The Death of Stalin: A Comedy of Terrors. The film opens in 1953 on the last night of the most evil man in history. Historical illiterates will try to hand that laurel to Hitler, but old Adolph was a piker compared to Stalin. He slaughtered (possibly) forty million of his citizens and made them love him for it. The surprising thing about this movie is just how much of the history they got right.

Tolkien (Notion Club Papers): Readers of The Lord of the Rings (LotR) narrative may be aware of two kind of elves: wise and magical High Elves, such as Gildor, Glorfindel and Galadriel; and ordinary Silvan (‘Wood’) Elves such as those majority of Mirkwood and Lothlorien elves (of whom we ‘meet’ Haldir and his brothers) . But it is only in the Appendices that there is any inkling of an explanation that there are also Sindar or ‘Grey’ elves, such as Cirdan, Thranduil and Celeborn – apparently ‘in-between’ the High and Silvan. 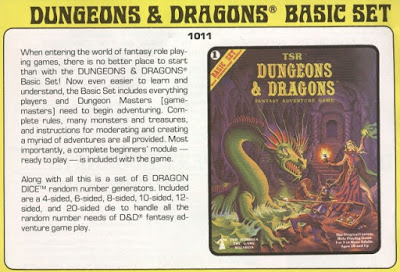 D&D (Grognardia): If I’d been asked, back in, say, 1981, the name of my favorite roleplaying game, I’d have answered, without hesitation, Advanced Dungeons & Dragons. There are multiple reasons why I’d have replied this way, perhaps the greatest of which being that AD&D presents a very eclectic but nevertheless compelling fantasy vision informed by the literary tastes of Gary Gygax. Decades later, I still find that my imagination remains thoroughly colonized by ideas and concepts whose origins lie in AD&D. That’s not a criticism by any means; if anything, it’s evidence of just how powerful a thing Gygax wrought. 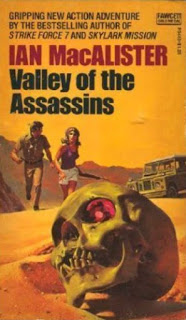 Fiction (Glorious Trash): Prolific author Marvin Albert published a few adventure novels as “Ian MacAlister” in the ‘70s, Fawcett clearly trying to capitalize on the success of Alistair MacLean’s books. Some of the “MacAlister” books were WWII thrillers, and others, like this one, had contemporary ‘70s settings. But if the others are as good as Valley Of The Assassins is, they’re all worth seeking out.

Howard & Lovecraft (Goodman Games): If you’re interested in taking a look under the hood of sword-and-sorcery and what makes it tick, a great place to start is the letters of Robert E. Howard and H.P. Lovecraft. Today these are readily available in a highly recommended two-volume set published by Hippocampus Press entitled A Means to Freedom: The Letters of H.P. Lovecraft and Robert E. Howard (1930-1936).