Sensor Sweep: A Wrinkle in Time, William Hope Hodgson, and The Shape of Water

D&D (Jeffro Johnson): “This is one of the coolest things on the internet right now:
Ron Edwards delves into the topic of how D&D was actually experienced by most people most of the time from the seventies on through to today’s mainline derivatives. And note: this is not about what went on in at Dave Arneson’s sand table. And it’s not about people who played in the original Greyhawk campaign with the gang up in Wisconsin. This is about everybody else. The people who did not have the luxury of being initiated into the tabletop role-playing hobby by somebody who knew somebody that sat at the feat of Gygax himself.”

Cinema (Reactionary Times) “ …they gave bad reviews to a Diversity Points movie.
A Wrinkle in Time scored an abyss-bound 43% on Rotten Tomatoes. How on Earth that is even possible? Don’t SJW critics have standards anymore? 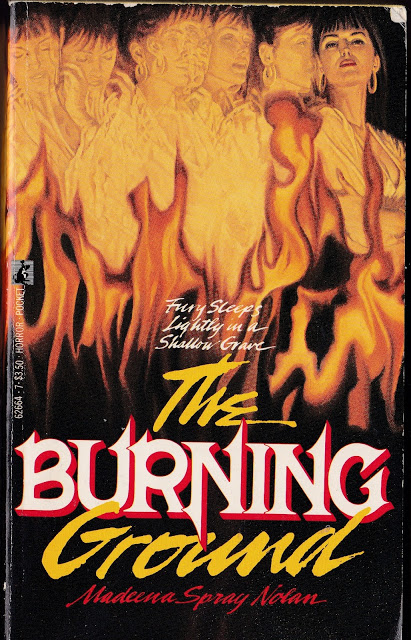 Didn’t this film race bend pretty much every single character? Didn’t this film star Oprah? I mean the producers miscast Oprah as Mrs Which and that didn’t count for anything?”

Games (B R Train): “Across the ocean, Mike Yuan of Taipei writes his impression of Colonial Twilight.
Unfortunately, I do not speak any Chinese and the machine translation is not very good…Back to the front, compared to the four people may continue to soy sauce this situation, a little look you will find that in the CT, continuous action often occurs, so players will not only have a flexible schedule, but also make a good To be full, the ability to effect very strong. At the same time the goal of action is also simplified; So I line up the skateboard machine to not finished thinking immediately turn to me, how do I use this opportunity? But I think I get the gist of it – he was not entirely happy nor unhappy with the game.”

Writers (William Hope Hodgson): “Unless you’ve been hiding under a rock (or live in Puerto Rico where many people STILL don’t have electricity months after a devastating hurricane), then you know that Guillermo del Toro won big at the 2018 Oscars. His groundbreaking film, THE SHAPE OF WATER, won FOUR awards: Best Picture, Best Director, Original Score and Production Design. This is not surprising to genre fans who have long known of del Toro’s talents but it was surprising to see the normally staid Academy Awards also recognize his film with such awards especially as two of them are the most highly prized Oscars of the night (Best Director and Best Picture).”

Fiction (Too Much Horror Fiction): “Some capsule reviews of three horror novels I read early this year; none exactly essential, alas, but the first title is lightly recommended.

With its flame-swept cover of a mysterious beauty transforming into another mysterious beauty, you might think I would’ve skipped this book when I found it at Powell’s last year. You’d be wrong! Shouldn’t surprise you now that I picked it up solely because of its cover art and also because I’d never ever heard of it before. Then, lo and behold, I was rewarded with several hours of creepy, darkly romantic, even refreshing reading. Yes: The Burning Ground (Pocket Books, July 1987, cover by Peter Caras) more than met expectation. Author Madeena Spray Nolan, whoever that is, writes in a smart, modern, lively style that belies Gothic romance origins.

Cinema (Tellers of Weird Tales): “We saw The Shape of Water a few weeks back. I was going to let it slide without comment, but then the thing won Oscars for best picture and best director this past Sunday, so here I am with my two cents’ worth.  I read a long time ago that in a decadent culture, everything is reduced to allusion. I would add a remake or an outright swipe to the end of that sentence.Avatar (2009) is really just Ferngully in space (or Dances with Smurfs). The recentStar Trek and Star Wars movies are simply retreads of previous entries in those series. And The Shape of Water (2017) could easily be called E.T. from the Black Lagoon, or The Splash of Water (you know, the movie with Tom Hanks and Daryl Hannah), or The Little Mermaid 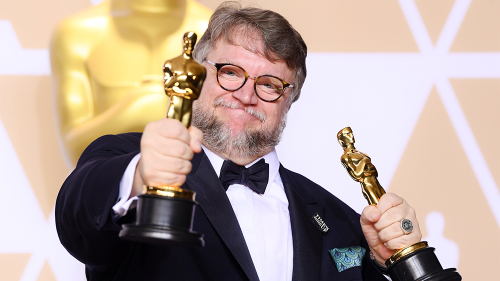 in Reverse. There is still some originality, creativity, and imagination in movies today, but these things are becoming increasingly rare. The Shape of Water may be a nice movie in some ways, but it has some really debilitating flaws, too, and in my little opinion, it should never have won an Oscar for best picture. You could take its winning as a bad sign in creative or artistic terms because it’s such a step down from previous winners. But I think there’s actually something different at work here. It may be something that will blow over. But if our culture keeps going in this direction, it won’t blow over. It could actually be the thing that blows other things over, and people will stop going to movies as a result.”

Cinema (Walker’s Retreat): “I am not at all surprised that Oprah fucked up the book to server the SJW Death Cult narrative. When gives your film air time to shill for you, that’s a tell of how horrible your film actually is and that’s one of the reasons you should not go see this bullshit waste of celluloid. Fortunately the review of Slay The Spire and the developments in game design that lead to its creation are enough of an antidote to allow you to avoid reaching for the bottom that Oprah’s poz-prompted pomposity would otherwise inflict upon reasonable people. And it looks like is a solid Redbox Rental.”

RPG (The Mixed GM): “As you may know, I am running a game at this year’s North Texas RPG Con (site). The system I will be using is the Adventurer Conqueror King System, often abbreviated as ACKS. The fine folks over at Autarch were kinf enough to send me six copies of the core ACKS rulebook to give to players.
If you are going to be at the North Texas RPG Con, you are welcome to sit at my table! The game name is “The Tomb of the Mad Jarl” and it is as 9:00 am on Friday morning.
Speaking of the Tomb, I intend to release the module (for free) after the con is over. Right now, the module is a mixture of half-typed pages in Open Office and half-scribbled notes on paper. While I do not have the money or resources to put out a professional, slick product, it’s the content that matters, right?”

Fiction (Pulp Rev): “I blame it on the Puppies.
The Pulp Revolution started out as a reaction against them, did you know that? What started as a movement to bring sanity and good writing back to an SFF establishment that had been increasingly obviously been co-opted by bigoted cultists degenerated into a movement that focused on appearances, gave high praise to mediocre works, and generated more clicks through defensive blog posts about how great they were than through anything they actually created.

The Puppies generated a lot of hate for what they believed. They unveiled the hypocrisy at the heart of the establishment, in plain view for all to see. At the same time, they generated a lot of disappointment on their own side, the Sads for being ineffective and cliquish, the Rabids for being effective but effective at promoting works that really needed a lot more love from the editing hammer.”