Science Fiction (Tor.com): Anyone who has played Traveller (or even just played with online character generation sites like this one) might have noticed that a surprising number of the characters one can generate are skilled with blades. This may see as an odd choice for a game like Traveller that is set in the 57th century CE, or indeed for any game in which swords and starships co-exist. Why do game authors make these choices?  Just as games mix swords and starships, so do SFF novels. The trope goes way back, to the planetary romance novels of the Golden Age. Here are five examples.

anthology that’s pretty rare in the U.S. That’s because it’s a U.K. publication. The first S&S anthology I reviewed was Swords Against Darkness. It’s a great anthology that came highly recommended by an expert scholar in the field. Savage Heroes is better though. It captures very well the combination of historical adventure, lost world fiction, and cosmic horror that makes Sword and Sorcery unique.

mostly remembered in the mainstream, if at all, for cheesy parodies that family sitcoms and cartoon used to do back in the 1990s. What it is remembered for is as a genre about hapless detectives in black and white 1930s settings having to find a killer among a cast of twelve or so shifty character archetypes. Plenty of fun is poked, but they hardly take the genre seriously.

Science Fiction (Scifi Scribe): We’ve all seen the memes, right? The minute the world started talking about the mere idea of a United States Space Force, we were all instantly greeted by “LOL, Space National Guard/Space Force Reserves!” All joking aside, the irreverent interservice banter and, shall we say, “robust,” back-and-forth on social media reflects the very real, and very important, national-level discussions about creating a new military service branch.

Cinema (Jon Mollison): The birth of Dungeons and Dragons is a strange and fascinating story of how creatives can draw forth order from the froth of chaos. I went into this film expecting a lot of defensive snark about how Gary Gygax was a Johnny-come-lately who yoinked the idea of RPGs out from under Dave Arneson’s nose.  A fraudulent Edison to Arneson’s Tesla, if you will.  And there are hints of that within this film, but only hints.

The Gates of Delirium. He has been Dean’s friend and representative at the San Francisco Art Exchange for thirty years, selling his paintings, drawings, and prints to an international audience of collectors. Millions of copies of the image have been made. If Tolkien’s timeless classic inspired Dean’s enduring fascination with pathways at the beginning of his career, it is Robert McFarlane’s writing about wandering journeys along the ancient tracks twisting through the British landscape that have his attention in the present.

Art (DMR Books): Stephen  Fabian, as I’ve pointed out before, is a living 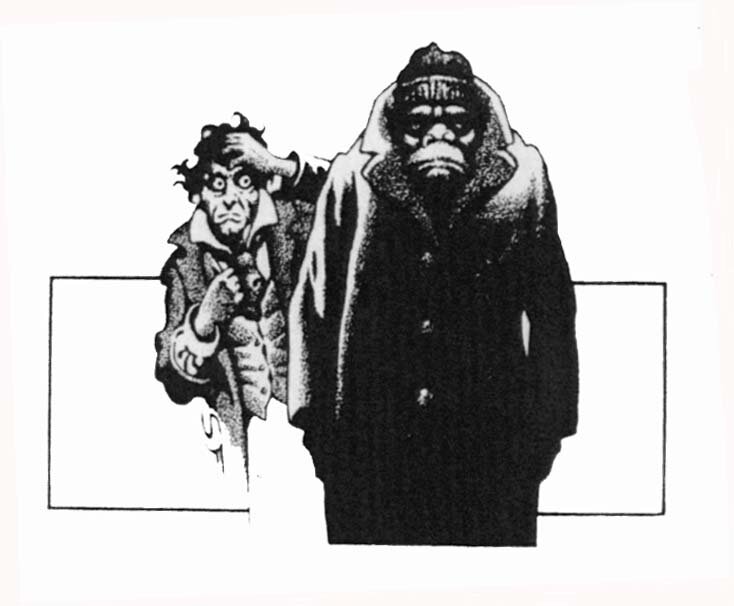 legend in the fantasy art community. His output from the 1970s to the 2000s—both in quality and quantity—can only be called astounding. I covered some of that in my three-part series on his Robert E. Howard-related art. However, a friend of mine recently brought Fabian’s artwork for In Lovecraft’s Shadow to my attention. That book, in some respects, may be Stephen’s greatest sustained work. In Lovecraft’s Shadow was a collection of August Derleth’s Lovecraftian fiction published in 1998 through a joint venture by The Battered Silicon Dispatch Box and Mycroft & Moran.

Review (Tea at Trianon): I remember as a twenty-two-year-old being excited when I saw a new book called the The Mists of Avalon by an author called Marion Zimmer Bradley. Mists was presented as the retelling of the Arthurian legend from the point of view of the women of Camelot, which I thought was a thrilling idea. However, I found the book heavy on paganism and morbid, explicit sex scenes, but light on romance, heroism, chivalry, mystery, faith and all the qualities I had come to love in the Camelot stories. This brings us to Moira Greyland’s recent book, The Last Closet: The Dark Side of Avalon.

Fiction (Adventures Fantastic): I’m going to look at three of his stories that feature the same  character, Sergeant Jaeger. First is “Fearful Rock”.  Originally published in the February 1939 issue of Weird Tales, the central character of this novella is Lt. Lanark. He and Jaeger are leading a cavalry patrol in Missouri during the Civil War, looking for Quantrill. What they find is a young woman being sacrificed by her step-father to the Nameless One in an abandoned house under the shadow of a formation known as Fearful Rock.

Fiction (DMR Books): Tanith Lee was a force to be reckoned with in the ’70s, 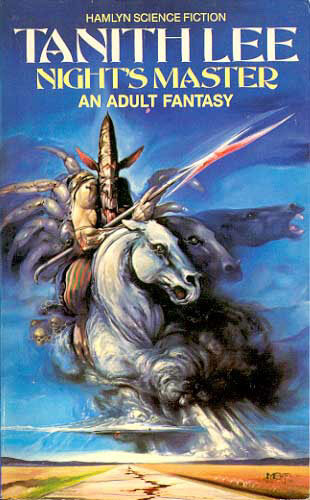 ’80s and on into the ’90s. She exploded onto the SFF scene with her debut novel for DAW Books, The Birthgrave. That book was labeled at the time as being “sword-and-sorcery”. I would probably call it heroic fantasy, but it remains a minor classic regardless of specific sub-category. During her forty-plus-year career, Tanith published ninety novels and a myriad of short stories. Her prolificity was on display right away. She quickly followed up The Birthgrave with more notable books like The Storm Lord and Volkhavaar, along with short stories like “Odds Against the Gods” published in Swords Against Darkness II.

Science Fiction (Men of the West): The book. Not the movie. If you can even call Verhoeven’s bastardization “Starship Troopers” at all. Robert A.

Heinlein is an increasingly controversial figure in recent years, moreso than he was in his lifetime. This, of course, is due to his dubious content in his later career. But he was nothing if not influential on the genre, and his early works, such as his juvenile novels (of which this was the last), remain worth a read. We may go into Heinlein’s other works later, but the focus is not so much on the man as on the book.

D&D (Jeffro’s Space Gaming Blog): I think Gygax is pretty clear about how initiative works in the DMG. (His surprise rules do make a bit of static, though.) Here’s my take on it: 1) DM decides what the monsters will do. Check reaction and/or morale if need be. 2) Players declare their actions. If they want to win at rpgs, they will advise a high t caller who will then speak for group.

fairly good bit of Lovecraftian fiction from Kuttner. He uses a typical Lovecraft structure. Our narrator opens by mentioning a weird event then gives the back story of what led up to it and concludes with a not all surprising event. (Sometimes Lovecraft managed to surprise with his last lines, sometimes not.)

Authors (Goodman Games): While all of Wellman’s oeuvre is worth reading, it is his Silver John stories that most impacted the world of fantasy

role-playing. Wellman is one of the names on Gygax’s Appendix N roster of influential authors. Although no specific title is listed alongside his name, it’s been suggested that the character of Silver John influenced the bard class in D&D—a wandering troubadour who uses song, magic, and knowledge to defeat supernatural menaces. Stripped of the pseudo-medieval trappings of D&D, the bard and Silver John become almost indistinguishable from one another.

Pulp Art (Dark Worlds Quarterly): It shouldn’t be any surprise that the artists that illustrated Short Stories would appear in Weird Tales and vice versa, though to a lesser degree. Fred Humiston is a good example. For many years, he illustrated half of each issue of Short Stories along with Edgar Wittmack. 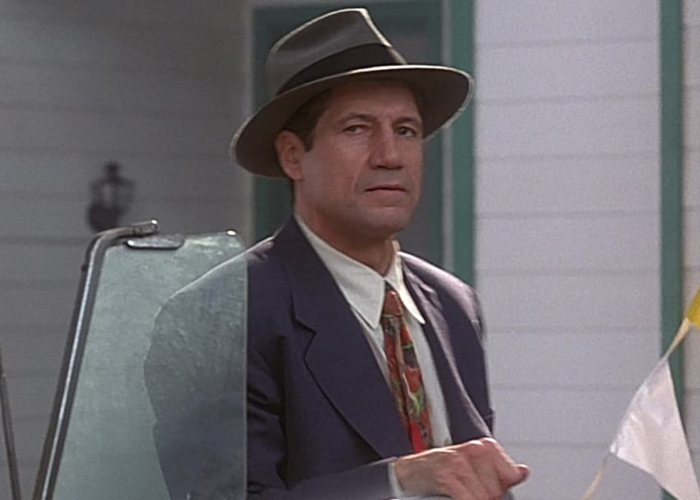 with the Bond franchise and other blockbusters. However, before he became one of Hollywood’s A-list directors, he helmed Cast a Deadly Spell, a genre-bending TV movie that originally aired on HBO back in 1991. It isn’t the most known movie in his oeuvre, but it’s easily one of his most entertaining and rewatchable efforts.

Tolkien (Monsters and Manuals): I have no idea what Tolkien had in mind for the geography of Rhun and the peoples within it. But it seems to me that, while one shouldn’t think of Middle Earth as being too closely paralleled with the real world, there is a case to be made that its character is roughly akin to the Eurasian steppe this side of the Urals – more specifically the Pontic Steppe north of the Black Sea (with the Sea of Rhun here being a bit like the Black Sea).

Gaming ( Walker’s Retreat): The other day I posted a new BattleTech lore video. I mentioned that the channel posting that video did more to promote BattleTech than anything that the current owners of the property–Catalyst Game Labs–have done. All of the other lore channels and battle report channels contribute to this effort, and it helps that Harebrained’s adaptation is very close (but not identical, which it should have been) to the tabletop game, but there’s sweet fuck-all for marketing from the company itself.