Cinema-Comic Books-Pulp (Slashfilm): Hollywood is about to see double with Buck Rogers. The pulp hero, who is already getting a TV reboot starring George Clooney from Legendary Pictures, is also getting a new movie, this one from Skydance and backed by the estate of author Philip Francis Nowlan. And while competing projects about a single character are not uncommon in Hollywood, the two projects are competing over more than creative differences — the law is now involved. 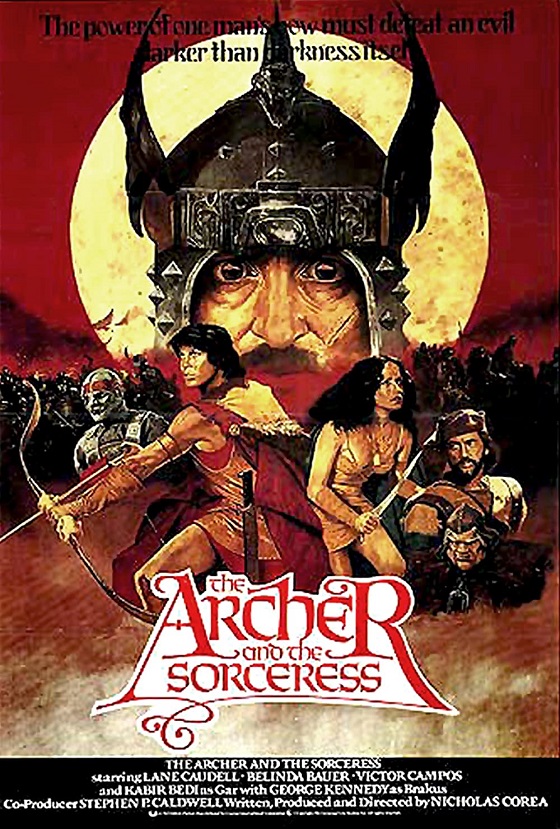 Cinema (Hero Press Two): A sword-and-sorcery flick that has long eluded me, I finally caved and got myself an imported German DVD of The Archer and The Sorceress aka The Archer: Fugitive from The Empire (aka Der Zauberbogen). The poster art, by Les Edwards, that had so stirred my youthful imagination, had always suggested that I was missing out out on another Deathstalker or The Warrior and The Sorceress, but sadly The Archer is a family-friendly, Certificate 12, failed TV pilot.

Science Fiction (Den of Geek): The phrase ‘warp drive’ didn’t originate in Star Trek, but in 1948 short story ‘The Flight of the Starling’. We delve into the tale that coined the term. Last week saw the launch of an enormous resource for science fiction fans, the Historical Dictionary of Science Fiction by lexicographer Jesse Sheidlower. The site includes 1,800 entries going back to the dawn of the 20th century, the dictionary contains not only definitions but also earliest known uses, biographical information about the writers, and over 1,600 scans of the original pages where these words first appeared. 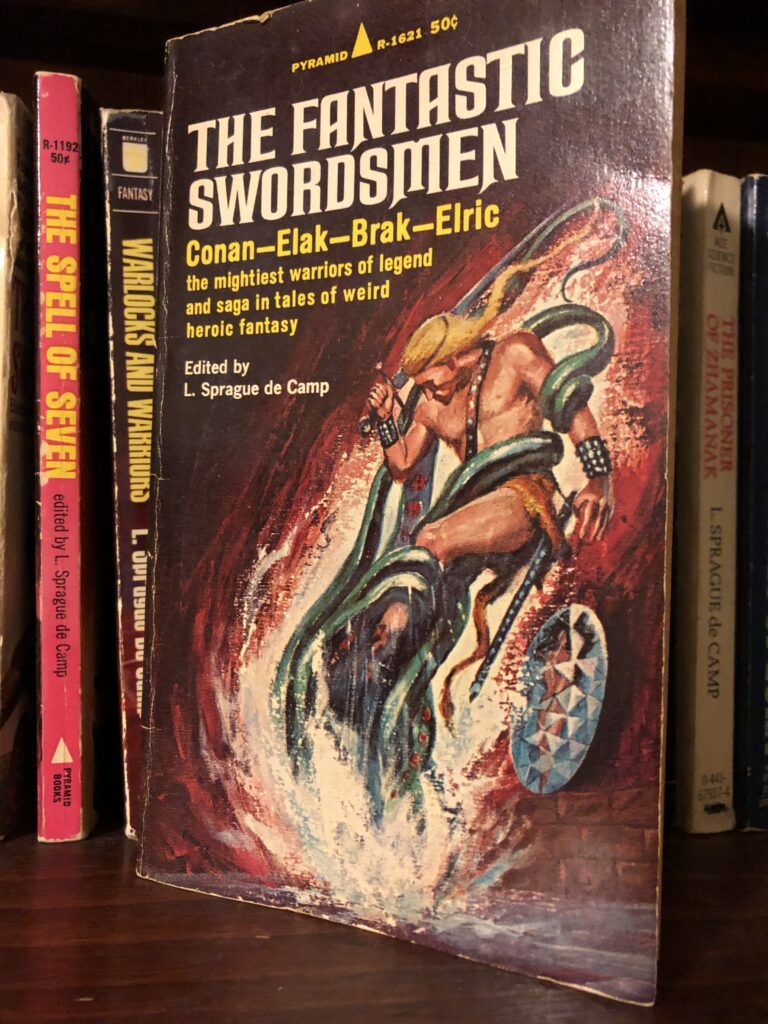 Fiction (Ken Lizzi): The Fantastic Swordsmen is the third entry in L. Sprague de Camp’s swords-and-sorcery anthology series. De Camp’s introduction is solid, but after a few of these apologias for S&S they all begin to read much the same. Don’t worry, the stories are better. Black Lotus. Robert Bloch. Bloch wrote this story at the age of sixteen. It is that sort of information that makes me want to snap my pen in two and toss my computer out the window. (The Defenestration of the ChromeBook. No, not catchy.)

Fiction (Goodman Games): Sword-and-planet (S&P) is an odd, anachronistic corner of speculative fiction, occupying a colorful and wild interstellar space somewhere between the charted lands of fantasy and science fiction. Fighting-men from earth travel via astral projection to planets where hovercraft soar, shining cities in oxygenated domes rise above dusty plains, and aliens wear radium pistols at their hip, but settle conflicts man-to-man and sword-to-sword. And not with lightsabers, but old school, real shiny bits of steel. Strange, and awesome. 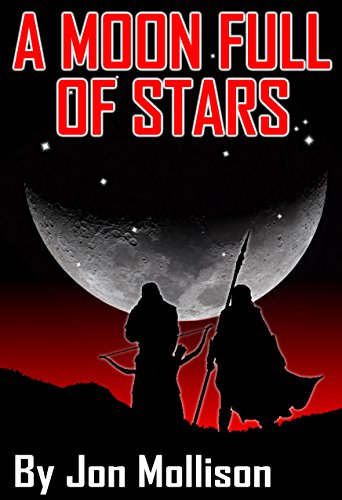 Review (Everyday Should Be Tuesday): There are a lot of different kinds of post-apocalyptic novels, from Fahrenheit 451 to Hiero’s Journey.  Jon Mollison has graced us with a story much more in the spirit of Hiero’s Journey with A Moon Full of Stars. 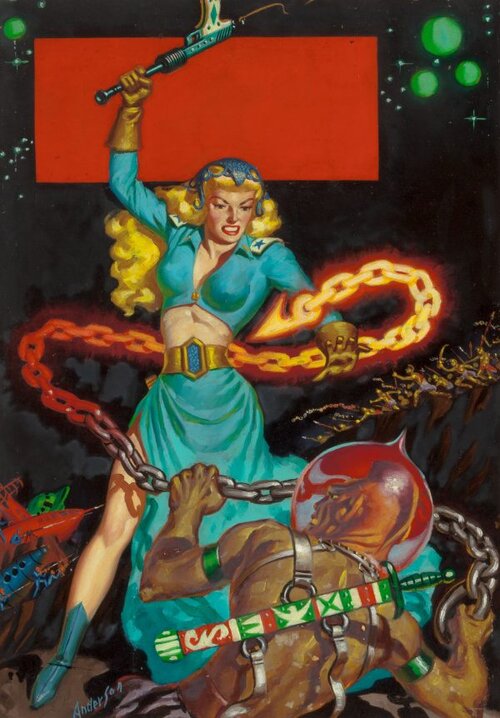 Art (DMR Books): Between 1947 and 1953, Allen Anderson was the man at Planet Stories. He has the singular distinction of providing the covers for all three of the original Eric John Stark tales from Leigh Brackett. In less than a decade, Anderson created a legendary pulp legacy. Then, he walked away. 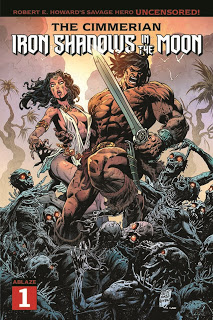 Comic Books (Messages from Crom): Robert E. Howard’s Conan is brought to life UNCENSORED!  Discover the true Conan, unrestrained, violent, and sexual.  Read the story as he intended! A young woman in danger is pursued by her vile master. Conan, whose family has just been wiped out by this same master, puts an end to the beauty’s pursuer, and saves her with a blow of his sword. Bound by fate, the couple decide to hit the road together. Their journey takes them to an island where they discover strange ruins inhabited by dark magic. 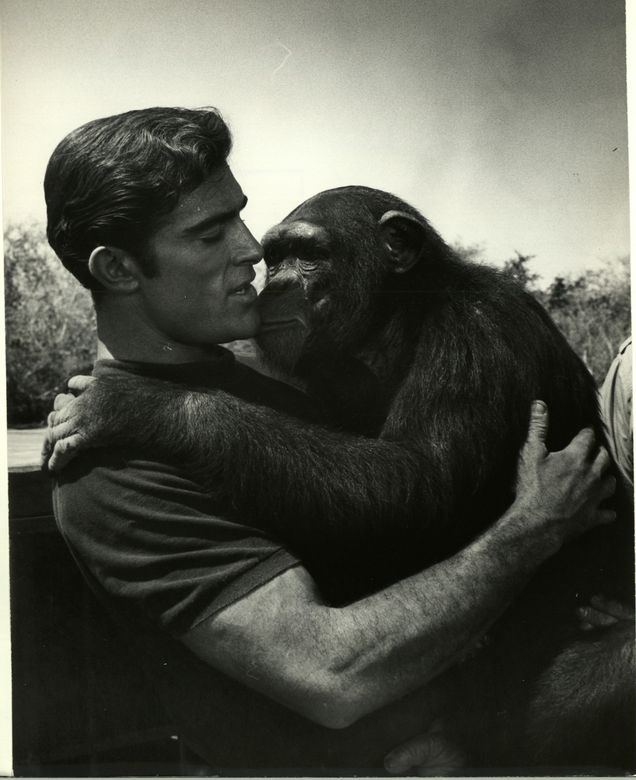 Actors (Celebrity Nine): Mike Henry, a former NFL linebacker and actor known for playing Tarzan in the 1960s, has died. He was 84. Henry died January 8 at St. Joseph Medical Center in Burbank after many years of dealing with chronic traumatic encephalopathy and Parkinson’s disease brought on by the head injuries in the NFL and at the University of Southern California. He traded football for acting and went on to star in the Tarzan films of the 1960s and worked alongside Burt Reynolds in the Smokey and the Bandit movies.

Cinema (Kairos): One windfall of the Star Wars sequel trilogy fiasco is that it clued millions of ordinary people in to what folks in the counterculture have known for years: Hollywood isn’t in the business of producing entertainment for a profit. Instead, the movie industry has become a propaganda factory for the Death Cult that’s seized control of the culture.

Warhammer (Track of Words): Black Library’s Age of Sigmar anthology Champions of the Mortal Realms collects together four novellas originally published in 2018 as part of the ‘Black Library Novella Series 1’ – Warqueen by Darius Hinks, Heart of Winter by Nick Horth, The Red Hours by Evan Dicken and The Bone Desert by Robbie MacNiven. All four novellas are excellent, and as an anthology this offers great value for a collection of stories covering a wide variety of characters, locations and themes from across the Mortal Realms.

H. P. Lovecraft (Tentaculii): The January 2021 question has arrived from John Miller, a Patreon patron… What did HPL think of Prohibition? Was he a drinker? Did he have a favourite drink? Lovecraft was not a ‘sot’ nor even a ‘tippler’, as he might have phrased it his best Georgian manner. He remained ‘dry’ until the end of his life. As for the wider society in which he lived, he was early in favour of the Prohibition Party and then welcomed the advent of the well-known ‘Prohibition era’ of 1920-33.

Games (DVS Press): While I think lots of companies have made good efforts in bringing classic games over to new platforms, either in the form of simple ports (like the final fantasy games, particularly 7 and 9), or in the form of overhauls (the many “remastered” editions), there are many, many games that are not in such a place. This might be due either to publisher neglect or simple economics (it costs money to port things, after all), and intellectual property laws could keep them in limbo. We also have the problem of modern ports, particularly android ports, breaking as the OS is updated, further limited access to modern users. 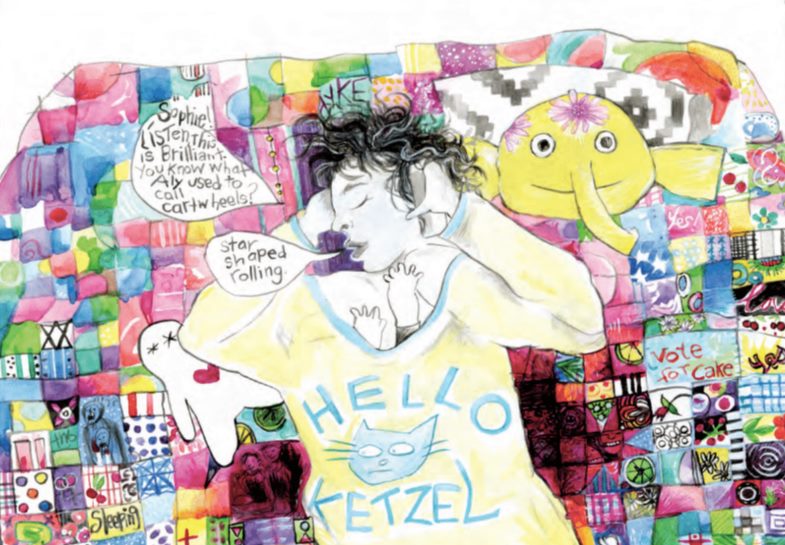 Art (Arkhaven Comics): Ever since the 90s when artists tried to experiment with different impressionisms and realisms in their work, the quality of art has subsequently degraded, yet publishing houses kept acting like these sub-par creations were just as valid or perhaps even better than their predecessors before. Words like “cartoony” or “campy” were used to describe the past works, when these were “visceral” and “realism”. 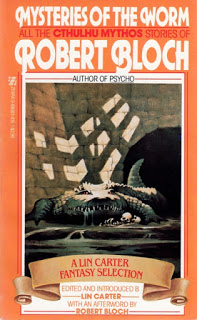 Fiction (M Porcius): People who write Lovecraftian stories like to create their own alien gods and their own forbidden books and put them in the pantheon alongside Lovecraft’s Cthulhu and on the bookshelf alongside Lovecraft’s Necronomicon.  For example, Clark Ashton Smith came up with Tsathoggua and Robert E. Howard dreamed up Nameless Cults by von Junzt.  Robert Bloch’s addition to the weird card catalog was Mysteries of the Worm by Ludvig Prinn, and in 1981 a collection of Bloch’s Lovecraftian stories edited by Lin Carter was printed under that name.

J. R. R. Tokien (Notion Club Papers): JRR Tolkien clearly wanted his dwarves to be dedicated to their craft; and not interested in sexual relationships; but he went too far in this and inadvertently made dwarves biologically non-viable. He describes the ‘slow increase’ in their numbers; but from the information given dwarf numbers could not increase at all over the long term, but would inevitably decline – since dwarf fertility was far below the minimum rate needed to replace those who died.

RPG (Goodman Games): In April of last year we announced that Goodman Games would be adding legendary adventure module The Temple of Elemental Evil to our Original Adventures Reincarnated line. Well, we thought it was time to update you on the progress of what is proving to be an absolutely huge book. Two books in fact! Now that all of the writing, editing, and art is done, we’re in the layout stage of this massive undertaking, which upon release will take up an estimated 700-800 pages. That will be two hardback volumes in a custom slipcase priced at $99.99, estimated for an August 2021 release. 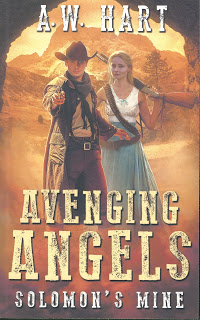 For those who came in late, Wolfpack is a pulp-paperback outfit publishing some of the finest western books on the market today. Much like the old pulp mags of the past, the editors at Wolfpack whip up a series concept, create the characters that will be featured and then assign it a house pen-name. In this case, A.W. Hart’s Avenging Angel is a series of adventures featuring brother and sister Reno and Sarah Bass.

Westerns (Rogue Blades): What got me to thinking about all this was recently while I was reading the Western novel, THE UNFORGIVEN, by Alan Le May, the book being the basis for the somewhat famous 1960 movie starring Burt Lancaster and directed by John Huston. (Before we go any further, let this be your spoiler warning, for I will be talking about the climaxes or conclusions to several fairly well known stories below, though I will attempt to give away as little as possible). 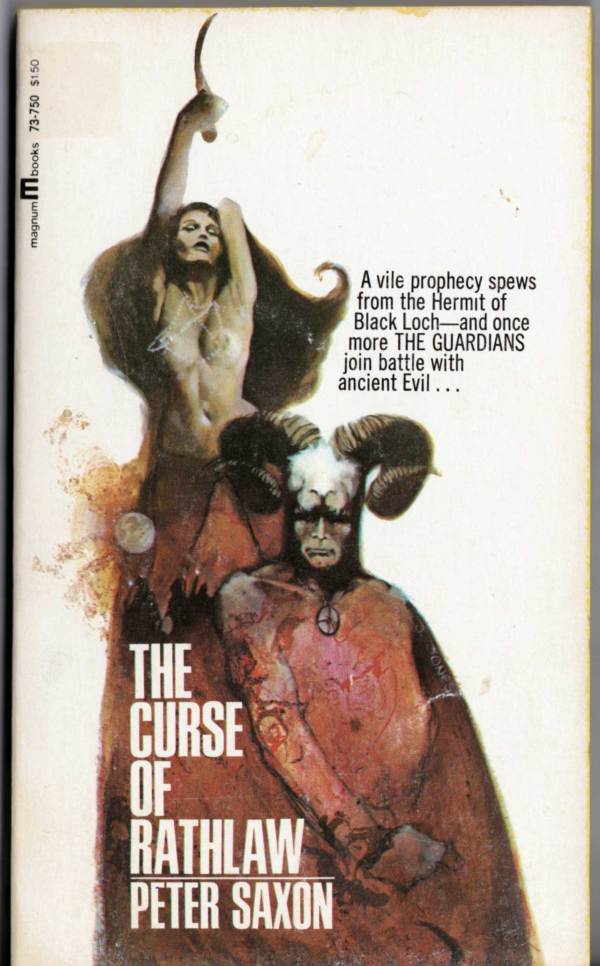 Fiction (Legends of Men): I’ve been looking for a great occult detective story or series to read for a while. Some popular suggestions were The Guardians series by Peter Saxon (which features awesome cover art by Jeff Jones) and Jules De Grandin pulp stories (which were contemporary with REH’s Conan stories). Ultimately, I wanted a book or series that featured an action-based hero-detective but also dove into the theology/religion of Satanic magick. I was hoping to avoid voodoo or druid themes which are common in occult detective books.

D&D (Grognardia): Issue #2 of Lee Gold’s famed Alarums & Excursions (July 1975) is well known for having published a letter by Gary Gygax, in which he offers his opinion on a number of topics, the most interesting part of which (to me anyway) is the following: 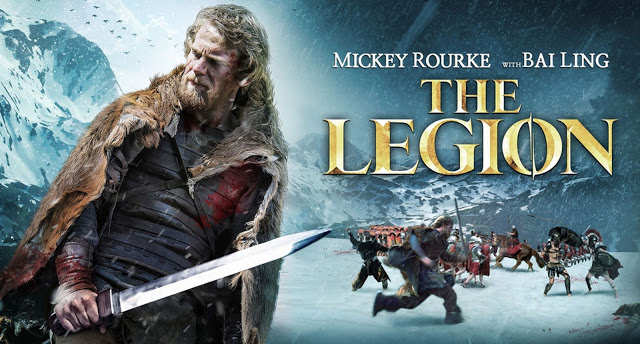 Cinema (New Iron Age Blogspot): I’ve covered a lot of the old, classic S&S movies I thought were worth talking about, and I have reviewed some more recent efforts, but now for the new year I have decided to dig in on the offerings to be found on streaming services.  Streaming and the need for content has resulted in widespread distribution of movies that are Sword & Sorcery – or at least S&S adjacent – to a greater degree than anything seen since the Golden Age of home video first began in the 80s.  So let’s see what there is, and if any of it is worth seeing, starting with 2020’s The Legion. 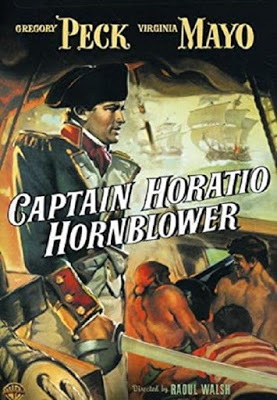 Cinema (Rough Edges): This is another movie that played frequently on TV when I was growing up, but I never watched it until recently. I’m not a fan of the Hornblower novels by C.S. Forester. I read one of them when I was in high school, many years ago, and remember enjoying it, but I never read the rest of the series. I like a good historical naval adventure yarn now and then, though, so this seemed like a good bet. And it was. I enjoyed CAPTAIN HORATIO HORNBLOWER a great deal.