Science Fiction (Wasteland & Sky): It’s a bit hard to believe there has been five posts covering this book (ten if we’re including Mr. Lundwall’s other book, and thirteen if we’re including Mr. Goulart’s work) but we have finally reached the end of the road. Don’t think for a second, however, that this means our author has run out of steam. He very much has not. today’s post will be no less revealing than the others were. 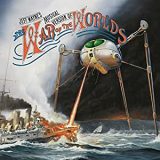 anything too original here. He stole like an artist. He took the Invasion trope and slapped it together with rabid public speculation about Lowell’s Martian Canals and created a new genre.  Honestly, the man gets more credit than he deserves. Wells for his part always stated that he wasn’t a science fiction writer, he was a Socialist. The man wasn’t lying.

D&D (Brain Leakage): I ended up talking about Westerns with some buddies 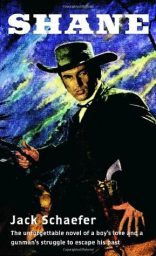 of mine the other day. More specifically, we spent a great deal of time talking about Jack Schaefer’s classic novel Shane, and the 1953 film of the same name. If you’ve never read it or seen it, I highly encourage you to do so. It’s a story that deals with themes of courage, manhood, the morality of killing, and the struggle against an untamed wilderness. It’s not just a classic tale of the American West. It’s arguably the classic tale of the American West.

Holidays (Ken Lizzi): Sing it like Aretha Franklin or scream it like Ted Nugent: Freedom! Happy Independence Day, fellow Americans. And a pleasant July 4th to the rest of you. If I may, like everyone else, quote John Adams on this day of celebration, “It ought to be solemnized with pomp and parade, with shows, games, sports, guns, bells, bonfires, and illuminations, from one end of this continent to the other, from this time forward forever more.”

Authors (DMR Books): One area I didn’t touch on at all in that post was 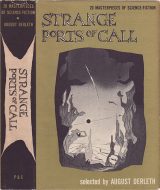 Derleth’s role as a ground-breaking editor of science fiction anthologies. Between 1948 and 1954, AWD edited eight brand-new SF anthologies. Just peruse the table-of-contents of 1948’s Strange Ports of Call. Heinlein, Sturgeon, Leiber, Bradbury, van Vogt–and many, many other worthies. That is a very strong roster, especially considering that Augie was having to pick authors in ‘real time’, while the entire field of SF was very much in flux.

Fiction (Paul Bishop): Although best known as the creator of Conan the 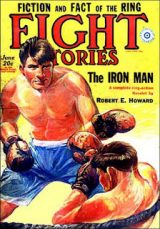 Barbarian, Solomon Kane, and other sword and sorcery characters, Robert E. Howard (REH) had a lifelong interest in boxing, attending fights and avidly following the careers of his favorite fighters. Even though as a child he was bookish and intellectual, in his teen years he took up bodybuilding and eventually entered the ring as an amateur boxer.

Authors (Jerry’s House of Everything): Philip Wylie (1902-1971) was a popular author and social critic who defined the term “Momism.”  Wylie’s fiction covered the gamut from mysteries to his 69 popular stories about fishing in his Crunch and Des series.  His greatest fistional impact was on the science fiction and related genres.  Among his books: Gladiator (1931), the story of a superhuman created by eugenics and a major inflluence on the creation of Superman.

Writing (Pulp Rev): This article is not about how to write a Strong Female 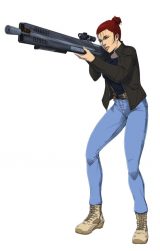 Character™. You’ll find countless articles on how to do that from other sources, including actual women. This piece is an extension of those articles. It is about how to add an extra touch of authenticity, especially in a setting that demands intense action against terrible odds.

Writing (Orthosphere): Imagination is the power to simulate sensation without external stimuli, and every intelligent person knows this power can be healthy or depraved.  The word depraved means bent, so that imagination is depraved when it is bent to simulate sensations that it should not simulate.  These may be the hallucinations of a lunatic or the forbidden figments of a “dirty mind,” and these and many other simulated sensations are insane because they cripple those who imagine them.

Warner Brothers Animation have announced they are working on a new, animated Lord of the Rings film called War of the Rohirrim. Set roughly 250 years before the events of The Lord of the Rings, the film will tell the story of Helm Hammerhand, a King of Rohan during a terrible war with the Dunlendings and an alliance of Easterlings and corsairs from the south.

RPG (Grognardia): Looks like we didn’t have to wait long to find out the

answer to the question I posed the other day. Chaosium is indeed reprinting multiple Call of Cthulhu products from its early days in order to celebrate the game’s 40th anniversary. These include: The first edition rules in a deep 2″ boxed set. Shadows of Yog-Sothoth.

Horror (Skulls in the Stars): Having a quiet night at home and realized this 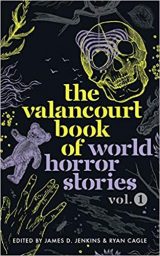 would be a good time to catch up on some book blogging! I finally started getting back into reading, after a long pandemic-depression hiatus, at the start of the new year, but am way behind in writing about the books I read.Let’s start with The Valancourt Book of World Horror Stories, Volume 1, which came out in December of 2020.

up a piece from the John Rigby & Co. Campfire that he well knew would, well… trip my trigger. It is well-known that I am smitten with Rigby rifles, for their historical value, their aesthetic, and their legendary function. We were planning to visit the Rigby showroom in London on our COVID-aborted trip there in 2020. It’s still on the list. I also have a great appreciation for fine firearms that are well-used.

THE AUTHORIZED 2022 EVA LYND CALENDAR. By “authorized,” I mean printed with Eva’s approval. If you see any other Eva Lynd 2022 calendars out there, they’re rip-offs done without her approval. You can get a copy of the Eva-approved 2022 calendar directly from me via my eBay listings at this link. I’ll also have copies at the vendor’s table Wyatt Doyle and I will have at the 2021 PulpFest convention in Pittsburgh, which runs from August 19 to 22.

Models (Iron Mammoth): It has been a long time since I assembled a 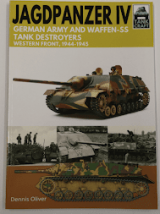 historical plastic model kit. However, the urge does occasionally take me, and then I have to try to decide what I am going to build. The last kit I worked on was to help my son assemble a Soviet WW2 Aerosan (Trumpeter 1:35 RF8). Which was probably 10 years ago and although fully assembled is still waiting for final touches to the paint job and a scenic base… 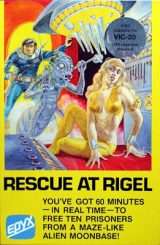 Video Games (Future War Stories): While FWS is research Technicals, it is time for another installment in the lost military science fiction vide games. For number eight, out of ten, we will be looking at some odd ones, including a game I played in the arcade and seemed no one else played…I, Robot. Enjoy!

Physics (West Hunt): In yet another example of 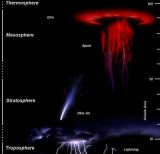 long-delayed discovery, forms of high-altitude lightning were observed for at least a century before becoming officially real (as opposed to really real). Some thunderstorms manage to generate blue jets shooting out of their thunderheads, or  glowing red rings and associated tentacles around 70 kilometers up.   C T R Wilson predicted this long ago, back in the 1920s.  He had a simple model that gets you started.

Tolkien (Tolkien and Fantasy): By the mid-1960s, it was fairly common knowledge that J.R.R. Tolkien was trying to ready for publication a volume called The Silmarillion.  But when and how did that title become known? The first appearance of the word “Silmarillion” in public was as early as in 1938, in the letter Tolkien wrote to The Observer, which appeared in their 20 February 1938 issue. Tolkien wrote à propos of The Hobbit:

Events (DMR Books): While not accessible via the archive.org link I provided in my previous post, David Drage was kind enough to share those photos with me, which had been thought lost for years. Chris Hale took all but one of the pics, thus preserving the event for posterity.

Review (Porpor Books): ‘Earthblood’ first was published as a serial in If 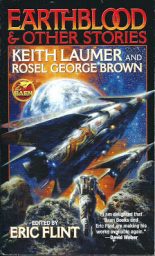 magazine during 1966. That same year it was issued in hardback from Doubleday. This Baen Books paperback version (cover art by Bob Eggleton) issued in January 2008 is a hefty 703 pages in length, with 391 pages devoted to ‘Earthblood’ and the remaining pages devoted to short fiction from Laumer and Brown (rounding out the book is a 17-page preview of an awful David Webber novel from 2012).

Cinema (Apollo Magazine): Few film-makers have left their mark upon the

medium on quite such a grand scale as Ray Harryhausen (1920–2013). Over the course of a remarkable career, Harryhausen extended the technical possibilities of cinema and the visual language of science-fiction and fantasy film. Having honed his stop-motion work on early Cold War creature features such as The Beast from 20,000 Fathoms (1953), he went on to create the relentless skeleton warriors of Jason and the Argonauts (1963) and the giant mythological monstrosities of Clash of the Titans (1981), the last of the grand pre-CGI spectacles.

Reading (Art of Manliness): After his presidency ended in 1909, Theodore Roosevelt decided he needed a nice long vacation — away from the United States. He understood his own tendencies quite well; had he stayed, it would have been nigh near impossible for him to resist meddling in his successor’s administration. TR wanted to keep his hands on the levers of power and stay front and center of the news cycle, and he knew it. Since he desired to give William Taft room to operate as his own man, Roosevelt was thus determined to get far away from it all: he set his sights on taking an extended African safari.

Comic Books (Tom Brevoort): This was another comic book that I purchased out of the drugstore’s Big Bin of Slightly Older Comics, books that had been reported destroyed but which had actually been sold “off the back of the truck” to my drugstore at a cut-rate price. I almost certainly picked up this issue to fill out a grouping of five so as to maximize my buying power (as well as to eliminate the chance that the cashier, not knowing any better, would charge me full cover price for the books.)