Cinema (Men of the West): “I won’t be going to see the new Star Wars movie about a young Han Solo. I’ve ended my abusive relationship with Disney Star Wars, and I’m never going back. It was hard. I loved her so much, and I’m still shocked at the level of betrayal.

You see, I brought Disney Star Wars to my family Christmas party this year, with the hopes of proposing to her. But instead she drank too much, tried to make out with my sister, slapped my father, told my 5 year old niece that there is no Santa Claus, and then tried to explain to her what gender fluid is, and finally interrupted my Grandfather’s blessing of the meal to announce to the family that she had aborted my child and was offended at our sanctimonious display that was obviously meant to shame her and people like her. I later learned that she wasn’t sure the child was mine because she’d been cheating on me.”

Fiction (DMR Books): “The quotes above are from the works of Rafael Sabatini, who died on this day in 1950. Sabatini left us a treasure trove of pulpy 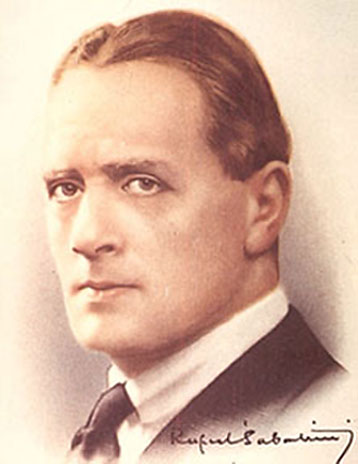 adventure fiction, particularly the variety I call “swashbucklers.” I’m not using the term in the often loose sense one sees fairly often–I once saw a reviewer call Wagner’s Kane a “swashbuckling hero”–but in the sense of, “Draw steel and damn your eyes, you craven dog!” Fiction that is set, with some exceptions, in the Middle Ages through the 1800s and features intrigue, action and swordplay. Such tales were pioneered by the likes of Scott, Dumas, Stevenson, Hope and others, but in my opinion, Sabatini perfected the form.”

RPG (Gamingballistic): The Dungeon Fantasy Roleplaying game (DFRPG) was a nifty experiment, which aimed to deliver something that games based on GURPS sorely needed: an entry point to the game that was ready-to-run as-is.

Not telling anyone anything they don’t know, but games Powered by GURPS are subtractive. Much like the cliche about making a sculpture being removing everything but the subject matter, playing in a campaign is a matter of deciding what flavor of game you want to play, and then subtracting out all of the core and supplements that aren’t the game you want to play.

But as far as D&D is concerned, I suspect that there will be “crash” in the near future. Wizards of the Coast are trying to avert it, but releasing 5th Edition 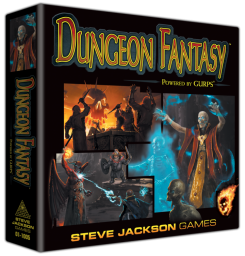 product slowly and not flooding the market with a brand-new splatbook every 30 days. However, Wizards of the Coast has made a fundamental error with 5th edition.

I know that previously, I have written some pro-5th Edition posts. I was (and still am) an idiot. I will keep them up as a tribute to my idiocy.”

I was able to leverage some sweet spots to get some easy hits with the missiles. My opponent wasn’t going to accept those odds forever, so he opted to close. He got lucky with a PPC shot that hit my head early on and I went through the game expecting him two roll those box cars on the location roll one more time.”

Fiction (Tellers of Weird Tales): “I have been reading The Cosmic Question, a British edition of the book The Eighth Tower by John A. Keel, published in 1978. (The original was published in 1975.) By a process of serendipity, my reading of this book at this moment provides a transition from my series on Star Wars to my previous series on the Fortean authors Gray Barker and Albert K. Bender. Here is a quote from The Cosmic Question (Panther Books, 1978):

‘The standard definition of God, ‘God is light’, is just a simple way of saying that God is energy. Electromagnetic energy. He is not a He but an It; a field of energy that permeates the entire universe and, perhaps, feeds off the energy generated by its component parts. (p. 21)’.”

Gaming (Osprey Publications): “Long ago, the great Colossus of Argantheon stood upon one of the outer islands, its vast, outstretched arm pointing the 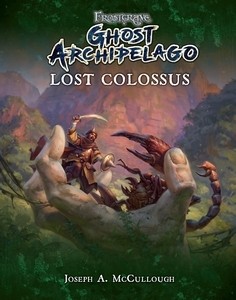 way to the Crystal Pool, or so the ancient texts claim. Then, during some forgotten war, the Colossus was shattered, and its parts flung across the Archipelago, to lie in forgotten ruin.

In this expansion for Frostgrave: Ghost Archipelago, players lead their warbands through a series of interlinked scenarios in a race to discover the secrets of the Colossus. Along the way, they will encounter new monsters, discover new treasures, and even recruit a few new specialist warriors to their cause. Perhaps, if they are successful, the knowledge they obtain will help point them towards the ultimate treasure!”

Fiction (Rough Edges): “I enjoyed David Hardy’s CODE OF THE LEGION so much I went ahead and read his other French Foreign Legion yarn, OUTLAWS OF THE LEGION, and I think I liked it even more. This one finds a group of Legionaires, including a Texas gunfighter (shades of El Borak!), leaving their post and raiding a sheikh’s stronghold to rescue a beautiful dancing girl and avenge a friend’s death. As always, Hardy does a fine job with the setting and the history and packs plenty of gritty action into the tale he’s telling. This is pure pulp in the best way, with echoes not only of Theodore Roscoe and Georges Surdez but also Robert E. Howard and Talbot Mundy. I hope Hardy keeps writing these, because they’re some of the best stories I’ve read recently. Highly recommended.” 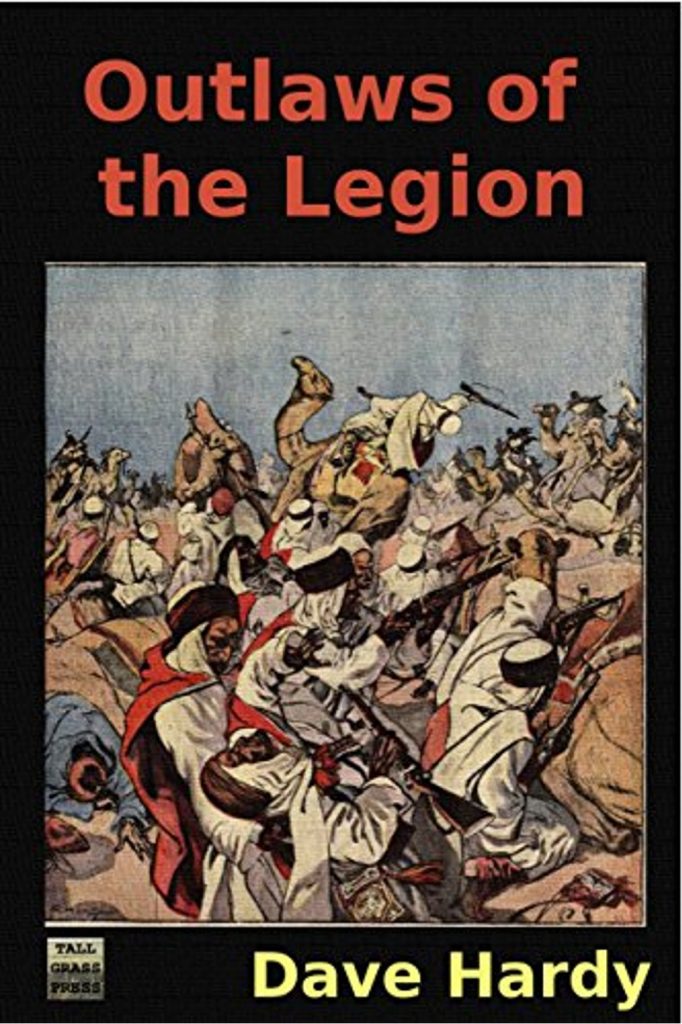