New Release (Amazon): By Crom! At long last the definitive history of 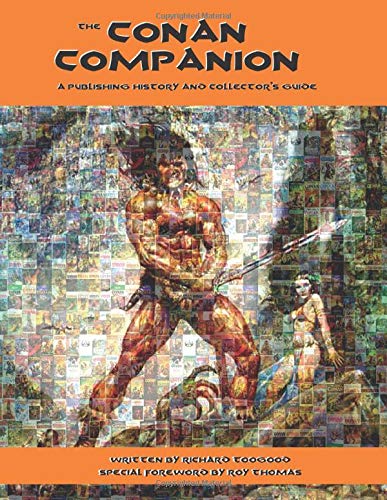 Conan the Barbarian paperbacks that fans have clamoured for. 107 pages with detailed chapters devoted to each of the mighty Cimmerian’s publishers. Heavily illustrated with many rare images. Plus complete cover galleries of every US and UK Conan title ever issued. In full colour. An indispensable aid to Conan collectors and completists everywhere. Featuring a specially written foreword by Conan comics legend Roy Thomas!

Star Trek (Huffington Post): The LA Times recently ran a story about the Child Exploitation Section of the Toronto Sex Crimes Unit, which contained a mind-boggling statistic: of the more than 100 offenders the unit has arrested over the last four years, “all but one” has been “a hard-core Trekkie.” Blogger Ernest Miller thought this claim was improbable. “I could go to a science fiction convention,” he explained “and be less likely to find that 99+ percent of the attendees were hard-core Trekkies.” While there may be quibbling about the exact numbers, the Toronto detectives claim that the connection is undeniable.

Review (Brain Leakage): That said, if you are looking for a great post- 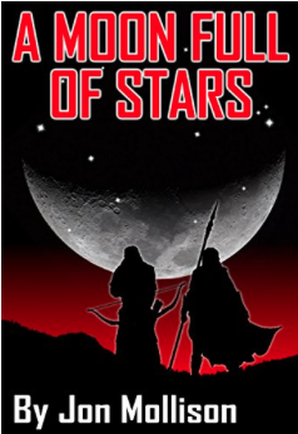 apocalyptic read, I want to draw your attention to the work of Jon Mollison. I read his A Moon Full of Stars recently, with the intent of dedicating a full-length ‘Pocky-clypse Now review to it soon. I do still plan on doing that. But I’m probably going to wait until after our daily news cycle looks a little less like the opening credits to the 2004 Dawn of the Dead remake.

Awards (Kairos): … And enjoy a hearty laugh at the incestuous wasteland the once-prestigious Hugo Awards have become.

Predictions that the Hugo field would degenerate into a circle jerk of olpdub purse puppies beloved by editors in New York–and pretty much no one else–have been realized ahead of schedule.

D&D (DMR Books): The Complete Book of Necromancers by Steve Kurtz was

released in the spring of 1995, and came and went fairly quickly. Luckily a friend of mine snagged one shortly after it came out. Ostensibly the book was intended for the eyes of Dungeon Masters only, but of course we were hungry to add the new spells and powers to our player characters’ repertoires. Clark Ashton Smith is mentioned by name in the majority of the chapters of Necromancers. While Smith’s absence from Appendix N is conspicuous, Kurtz more than made up for the oversight.

Fiction (Digital Bibliophilia): Any book that opens Page One with a man

being skewered by the broken mast of a sailing ship in the middle of a storm has to be good right? Well, I’m happy to say Oath of Blood by Arthur Frazier lives up to its gory opening scene and delivers a fantastic little novel about the clash of the Saxons, Normans and Vikings during the 11th century (1066 to be precise). Arthur Frazier was one of many pen names used by the prolific Kenneth Bulmer.

Gaming (Jeffro’s Space Gaming Blog): Charisma. It’s not just a dump stat, they say. But look, if you don’t have a lot of it, you’re going to be stuck in a career as an assassin. Which is kind of funny, actually. Of course if you were going to actually use that stat in an AD&D game, you’re going to have to flip to the middle of the combat section to find the reaction table. Why is it there right in the middle of sections detailing initiative and missile discharge? Evidently this something pretty important to consider when the players have initiative in a random encounter, right?

Fiction (Dark Worlds Quarterly): Another writer who has left a huge legacy with little recognition is Gardner Francis Cooper Fox (1911-1986). Fox began his career writing for Batman as early as 1939. (It was Fox who gave Bruce Wayne his “utility belt”.) During his decades long career with DC, he would work on such characters as The Flash, Hawkman and The Justice Society of America. He was there when Julius Schwartz revamped DC comics to meet the new “Comics Code”. He was there when DC invented its Multiverse.  Outside of DC, he would pen the first Sword & Sorcery comic called “Crom the Barbarian”.

Fiction (DMR Books): The book being advertised was Kinsmen of the 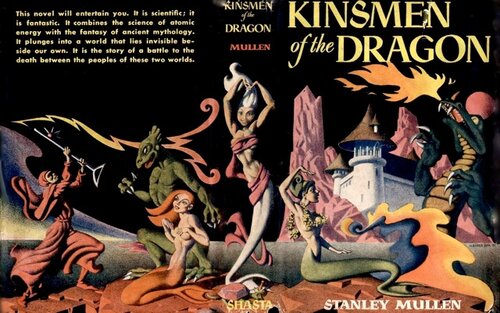 Dragon by Stanley Mullen. I was completely unfamiliar with both the title and the author. A bit of research revealed that this book had never been reprinted since its publication in 1951, which explains why it’s so little-known today. In spite of (or perhaps because of) its obscurity, good condition copies are pricey, usually going for over $50, and signed copies are much more.

Fiction/Gaming Tie-in (Karavansara): Two nights in Arkham: Lovecraft purists often frown at Lovecraft-inspired fiction. The main charge raised by these people is, other writers are either too much like Lovecraft or not at all like him, often at the same time. The second most common accusation is that certain stories are too action-centered and adventure-oriented, filled with guns blazing and chanting cultists. They usually blame Lovecraft’s popularity with the gaming crowd as the main reason for these degenerate pastiches, in which Indiana Jones or Doc Savage seem to exert an influence stronger than Nyarlathotep’s. 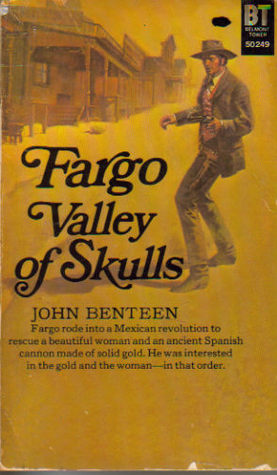 Century adventurer and solider of fortune Neal Fargo. They aren’t Westerns as the covers suggest. In this installment Fargo is hired by a rich old blowhard to rescue some Mayan treasures and the excavation team, which includes his son, from the jungles of Central America.

Cinema (The Silver Key): 1917 had been in my “to watch” queue for a long time (aka, floating around in the back of my mind), and last night I watched it with my older daughter, a self-described “film buff” who wanted to see what the hype was all about. Two word review: Excellent film. It’s an intensely personal/soldier’s journey type of story, and also manages to convey the larger tragedy of the Great War.

Fiction (Sacnoth’s Scriptorium): The Inklings and the Mythos (Dale Nelson). So, I’ve now recovered the missing issue of MALLORN* containing Dale Nelson’s wide-ranging inquiry into possible connections between the Inklings and Lovecraft’s circle, “The Lovecraft Circle and the Inklings: The ‘Mythopoeic Gift’ of H. P. Lovecraft” (MALLORN 59, Winter 2018, pages 18-32). It’s a substantial piece, and in it Nelson raises such topics as the following: Did the two groups read or were they influenced by each other?

Fiction (Scott Oden): In the past few weeks, my sophomore novel, 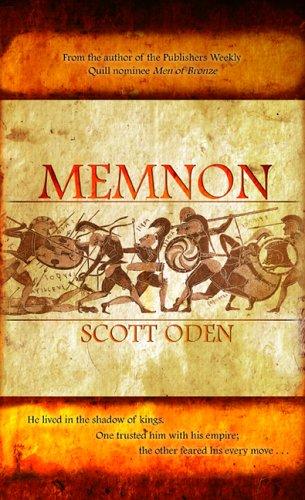 MEMNON (Medallion Press, 2006; Crossroad Press, 2018), has received a raft of four-and-five star ratings on Goodreads and a pair of excellent reviews — which, for a fourteen-year old novel is no mean feat.  Author Matt Larkin, in his review at Amazon, writes: “Evocative prose paints a living picture of the Classical world while the sudden, brutal violence serves to remind us never to look at history through rose-colored glasses.” While Scott Marlowe of Out of this World Reviews praises many things, including the battles: “I can only describe [them] as spectacular and right up there with some of the best battles I’ve had the pleasure to read in historical fiction (think Bernard Cornwell, surely one of the best of them all). Memnon gives Alexander such grief I imagine Alexander remembered their contests right up until his dying days.”

Fiction (Tentaculii): Lovecraft’s famous survey of supernatural literature was published in The Recluse in August 1927. Later in the same year Eino Railo published the history of the literary gothic in The Haunted Castle: A Study of the Elements of English Romanticism. A December 1927 review in the New York Evening Post suggests Railo’s book was published in time for the Christmas market and the January book-token crowd, and thus it appeared several months after Lovecraft’s circle had finished digesting his Supernatural Literature. Lovecraft refers to The Haunted Castle, a translation from the Finnish, in admiring terms in a later letter to Barlow and terms it a study of “the weird”.

History (Men of the West): Suddenly the war became fun. It became 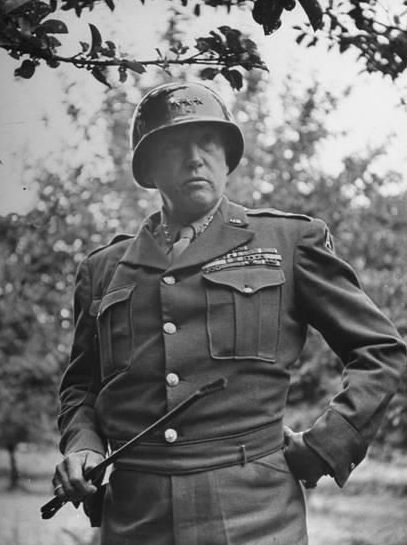 exciting, carnivalesque, tremendous. It became victorious and even safe. We awoke on the morning of Sunday, the 30th of July, with the feeling that the war was won — in spirit, if not in fact. Patton and the Third Army were away. At the 8th Corps, which held the western sector of the Normandy front, the G2 colonel said: “We’ve lost contact with the enemy.”

Fiction (Tentaculii): The second half of a forthcoming book, No Ghosts Need Apply: Gothic influences in criminal science, the detective and Doyle’s Holmesian Canon (October 2020), attempts to make the case that there are gothic traces in what are often assumed to be the ‘rationalist’ Sherlock Holmes stories. Sifting the extensive blurb for the book, one can eventually determine that the author suggests the following specific points… * intrigue and secret societies. . . 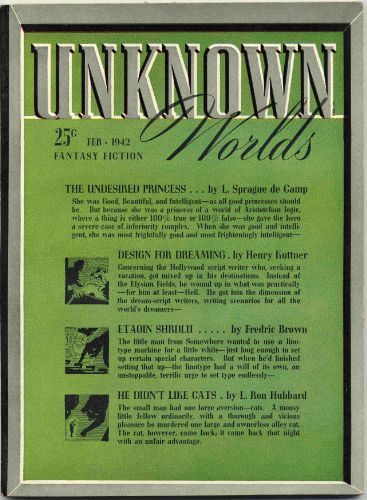 all-time favorite author, Fredric Brown, that first appeared in beautiful pulp magazines in 1942 and 1943, magazines that you can read at the universally beloved internet archive for free. “Etaoin Shrdlu” made its debut in Unknown Worlds in 1942.  The cover of Unknown may be boring, but the interior illustrations are quite fine, those by Frank Kramer for L. Sprague de Camp’s “The Undesired Princess” in particular.