Lit-Crit (Jewish Review of Books): It’s a bit surprising to come across Harold Bloom’s confession that the literary work that has been his greatest obsession is not, say, Hamlet or Henry IV, but a relatively little-known 1920 fantasy novel. After all, Bloom is our most famous bardolater.  When I took an undergraduate class with him at Yale, he announced his trembling bafflement before Shakespeare’s greatness in almost every lecture. In the course of his career, Bloom has named a handful of other literary eminences who compel from him a similar obeisance—Emerson, Milton, Blake, 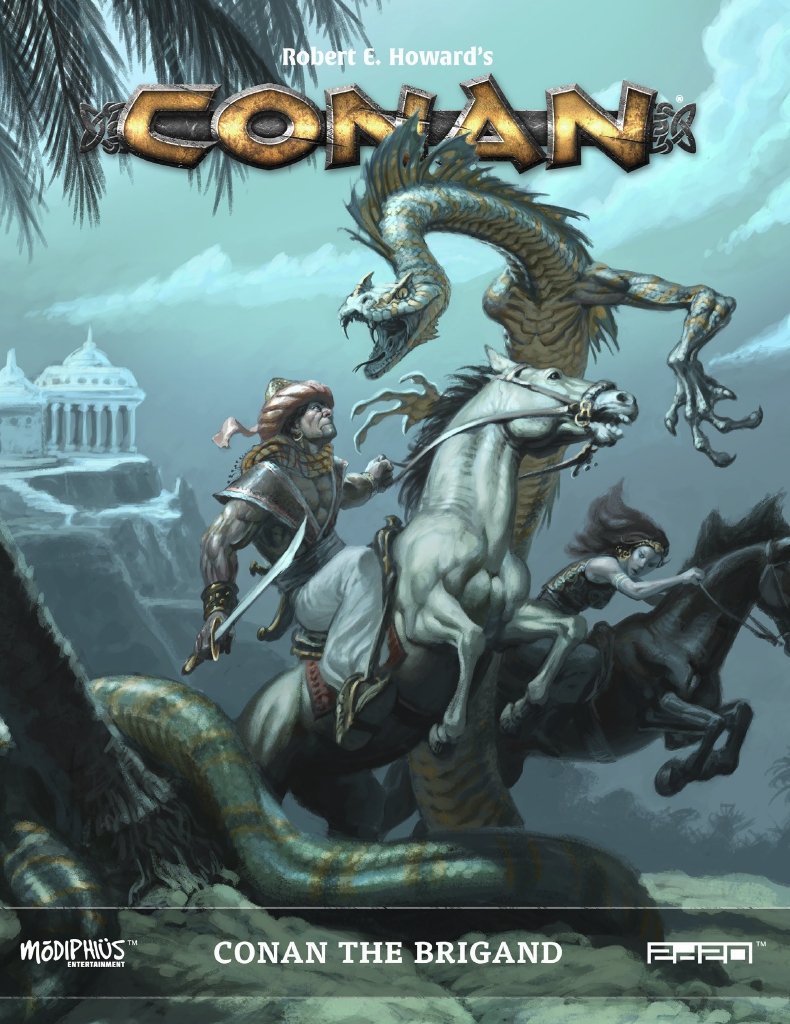 Kafka, and Freud are members in this select club—but one does not find David Lindsay on this list.

Writing (McSweeneys): I had a whole gaggle of 100-point bucks in my sights, sleeping peacefully on their feet, like cows. The way they were lined up, I could take down the whole clan in a single shot of gun, clean through their magnificent oversized brains. That’d be enough (deer) meat to last Nora and the baby through the harsh Amarillo winter. I shifted my weight in my hidey spot, snapping a twig and pouring more pepper on the fire by muttering, “God dammit all to hell.”

Gaming (Modiphius): Conan the Brigand is the complete guide to the nomadic brigands of the Hyborian Age, providing the gamemaster and player characters with all the resources to run campaigns that embrace the path of the brigand, or are affected by it. Here within these pages are all the resources needed to bring to life this outlaw world!

New material to expand your Conan campaign, with brigand-themed castes, stories, backgrounds, and equipment, allowing you to create your own unique brigands, nomads, and raiders.

Science Fiction (Brian Niemeier): The Unz Review shows how the Right all too often rushes to enshrine earlier Leftist subversion simply because it 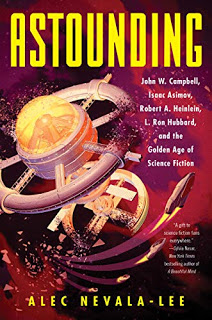 Alec Nevala-Lee, an Asian-American science fiction writer, has here written something remarkable: an intentionally PC multi-biography that nevertheless manages to be well-informed and informative, well-written and compulsively readable.

Science Fiction (Unz.com): Alec Nevala-Lee, an Asian-American science fiction writer,[2] has here written something remarkable: an intentionally PC multi-biography that nevertheless manages to be well-informed and informative, well-written and compulsively readable. It’s the first substantive biography of John W. Campbell, Jr., the man – or, as we’ll see, some would insist on “the white male” – who basically invented modern science fiction; and that last point means that to do so properly, we have to take into account the three men – yes, again, white males – whose writing careers he promoted in order to do it.

Fiction (DMR Books): The Ivory Trail was Talbot Mundy’s fifth novel and his most widely reviewed book up until that time.  It was serialized in Adventure magazine in early 1919 under the title On the Trail of Tipoo Tib and then published in book form by Bobbs-Merrill later that year.  It received a largely positive reception but was quite different from his previous books in that it was set entirely in East Africa, amid Mundy’s old hunting grounds.

Tolkien (Pages Unbound): I first picked up Tolkien when I was very young (sometime in elementary school).  Some fantasy had come into my hands—some book or another, or perhaps the original Final Fantasy game on the NES.  My mom said, “You know, if you like that, there is a book you would like . . .”  I’m not even sure if my mom has ever read The Hobbit, which is a testament to its cultural cache.  I did not immediately acquiesce.  I was a pretentious child—before I became a man and put away childish things like the fear of seeming childish—and I initially rebuffed my mom’s efforts.  But a book is a book, and I didn’t have so many laying around in those days, so I didn’t wait long before reading it.

Fiction (Wasteland and Sky): Super powered cop Adam Song has dedicated his life to the law. In the military and the police force, Adam ruthlessly 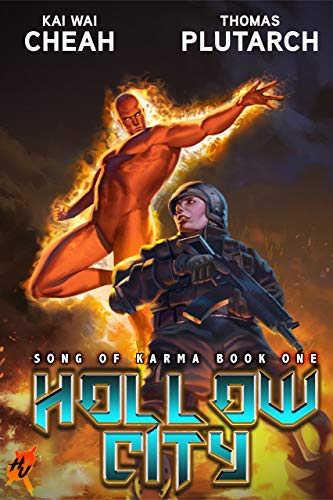 But this time he’s killed the wrong bad guy. Now the local drug lord’s son is dead, and the boss is out for Adam’s blood. Even his secret identity won’t keep him safe. The police department hangs him out to dry, his years of exemplary service forgotten. Adam must take justice into his own hands to keep his family safe.

Fiction (Fiction Fan Blog): When a young lady comes to Sherlock Holmes for advice, what at first seems like an intriguing mystery soon turns into a tale of murderous revenge. Mary Morstan’s father disappeared some years ago, just after he had returned from colonial service. He had been in the Andaman Islands, one of the officers charged with guarding the prisoners held there. A few years after his disappearance, Miss Morstan received a large pearl in the mail, and every year for the six years since then, she has received another.

Gaming (Walker’s Retreat): Following the whinefest by Fake Game Journalists over Sekiro: Shadows Die Twice, Oliver Campbell of the Metro City Boys put together a supercut of how he prevailed over the game. As the saying goes, “The master failed more times than the amateur ever attempts.” That’s what it takes to beat this game: persistence.

Every game of this sort has similar requirements of persistence to succeed. Oliver here goes over how he did that. Skip to 14:10 for the lesson, taken from Rocky Balboa.

Acting (Chris Lansdown): Thanks to frequent commenter Mary, I recently learned about the existence of William Gillette, the first man to play Sherlock Holmes, mostly on the stage but also in a silent film.

Born in 1853, in Connecticut, William Gillette was a stage director, writer, and actor in America. In 1897, his play, Secret Service, was sufficiently successful in America that his producer took it to England.

Gaming (Rampant Games): I played over 70 hours of No Man’s Sky when it was originally released.  Unlike others, I wasn’t disappointed. Yeah, it got repetitive and lonely at times. There was a starkness to it that no amount of lush procedural visuals could overcome. It’s changed a lot since then, graphically, in gameplay, and it has true multiplayer. Sadly, I haven’t had the time to devote to it. Yet.

Fiction (Razored Zen): This is a collection of stories selected by Joe Lansdale, and including in introduction by Lansdale. Before I talk about the individual stories, I’ll give my overall viewpoint. I’d generally say I enjoyed most of the tales but the title is very misleading. A better title might have been, “Tales of a New West,” or something along those lines. Most of these tales are nowhere near  traditional westerns. Lansdale is clear in the introduction that that was what he was looking for but the title certainly would have led me to expect a different sort of

Writing (Rawle Nyanzi): Larry Correia, the Mountain Who Writes, is a personal hero of mine. His advice to writers is to be prolific: write lots of stuff, then release that stuff, then write some more, release some more, and so on. I am often in awe of how much he writes and publishes, and I wish that I could reach even one-tenth of his yearly output. To him, “writer’s block” simply isn’t a thing — he presses on, no matter what.

Fiction (Adventures Fantastic): Henry Beam Piper was born on this day, March 23, in 1904.  He died of a self-inflicted gunshot wound in 1964.

Piper is not well known today, and that’s a shame.  In his lifetime, he was best known for two series, The Paratime Police and the Terro-Human Future History, as well as the stand-alone short story “Omnilingual”.  His best known novels include the Little Fuzzy subseries of his future series and Space Viking, which was a major influence on Jerry Pournelle.

Fiction (John C. Wright): Abraham Merrit is one of the foundational authors of speculative fiction, and it is a shame that he is not well remem 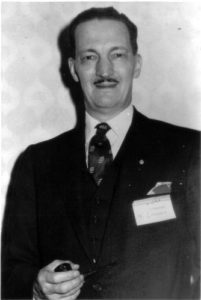 bered. I blame a deliberate effort of John W Cambell Jr and his protegees to undermine the fame of pulp authors in order to glolrify the more nuts-and-bolts fiction following the model of Jules Verne or Buck Rogers.

Now, I like Hard SF or Tech SF as much as the next fan of Asimov, Clarke, Heinlein, Niven, Pournelle, Baxter, &c., but I also like the pulps and their freedom from strict genre restraints, and I hate snobbery in all its forms.

There is no wrong way to have fun.

Fiction (Rich Horton): Today would have been H. Beam Piper’s 115th birthday. His first novels were the two serials discussed below, published in books form as Crisis in 2140 and Uller Uprising. (A version of “Uller Uprising” had actually appeared as part of the Twayne Triplet The Petrified Planet a year earlier.) In addition to those novels, I append a short look at perhaps his most famous story, “Omnilingual”.

Comic Books (Broadswords and Blasters): In 1993, editor Karen Berger at DC Comics forged a new imprint that focused on stories geared at a more mature audience and creator owned works as well. The end result was the creation of Vertigo Comics. Such early titles included, naturally enough, a transfer of already established titles such as Shade the Changing Man, The Sandman,[1] Swamp Thing, Hellblazer,[2] Animal Man and Doom Patrol. Soon after, new titles, both ongoing and limited premiered under this imprint including Neil Gaiman’s Death: the High Cost of Living, the Matt 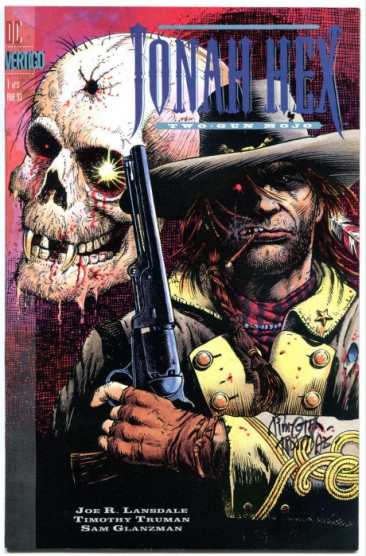