Animated Cartoons (CBR.com): When CBS ordered a series based on the latest trend, fantasy role-playing games, perhaps they didn’t know what

awaited them. Debuting on Sept 17, 1983, Dungeons & Dragons (inspired by the game created by

Gary Gygax and Dave Arneson, and published by TSR) came to air already surrounded by controversy. The game’s use of occult imagery wasn’t the only factor disturbing parents groups. Some even declared it a literal danger to young people.

Art (Black Gate): Tim Kirk, another artist who has had a major professional career, was nominated for Best Fan Writer 8 times in the between 1969 and 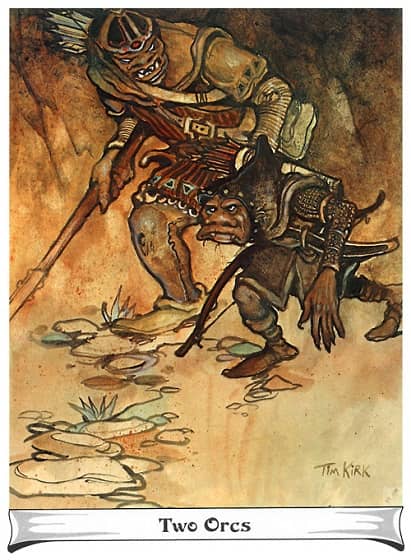 1977, winning the Hugo in 1970, 1972, 1973, 1974, and 1976. It would be fair to say that for me, coming into contact with fandom in this period, my image of “fan art” was formed by Tim Kirk’s work, along with two more artists who won for their 1970s work, William Rotsler and Alexis A. Gilliland. (Not to slight the excellent Phil Foglio, but for whatever reason his art didn’t enter my consciousness until later. And Alicia Austin, four-time nominee and 1971 winner, was and is a favorite artist of mine, but for her professional work.)

Fiction Release (DMR Books): DMR Books is proud to present our next release: the picaresque fantasy novel The Road to Infinity by Gael DeRoane. It 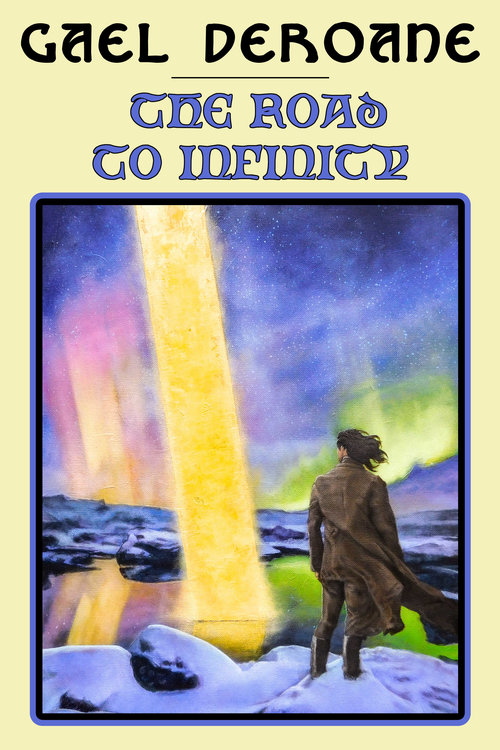 will be available in digital and trade paperback editions very soon (within the next few days), and the classic size edition (6.5” x 4.25”) should be released before the end of June. Read on for more:

Poised on the brink of manhood, young Aran Dyfar makes a rash and momentous decision that will either elevate him to glory or seal his doom.

History (Barbarian Book Club): “No silver, no Swiss,” commented Gian Trivulzio, a Milanese Condottiero during the Italian Wars. He was talking about the Swiss Mercenaries that served in the armies of the Italian City States. They were expensive and often sieges and sacks depended on the city’s ability to pay foreign soldiers.

Fiction (Uproxx.com): Martin is no casual fan of Lovecraft. He regularly cites the writer as one of his earliest reading obsessions. He’s visited

Lovecraft’s grave in Rhode Island, and even wrote some elaborate fan fiction back in 2011 pitting Jaime Lannister against Cthulu in a deathmatch. When George sat down to speak with Stephen King, their conversation kept leading back to Lovecraft’s influence on both of their writing.

Sacrilege I know, and that’s not the case today, but as a kid, I liked that the Callisto books were written in modern language, and the events described not only took place within my lifetime, they were still occurring now, in the 1970s when I was reading them. I could almost believe they were true.

Gaming (Player One): What happens when you have a cyberpunk futuristic world and put in the themes of H.P. Lovecraft? You get the latest offering from Stormling Studios, Transient. Aside from this announcement, Stormling Studios also released a reveal trailer. So what is the game all about? It begins in a distant and post-apocalyptic future. Whatever remains of mankind are now living in the Domed City Providence, an enclosed citadel that was created in order for humans to survive the harsh environment. Amidst all of this, the story focuses on Randolph Carter, a member of ODIN, a hacker-for-hire group.

Robert E. Howard (John C. Wright): The Devil in Iron was published in the August 1934 issue of Weird Tales, several months after the previous 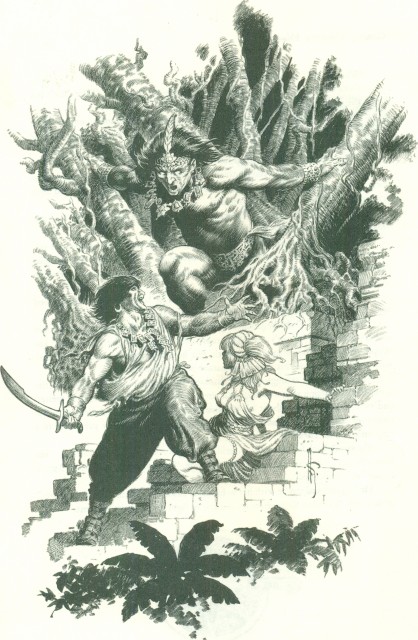 story, Queen of the Black Coast. It is the eleventh published story in the Conan canon. We have reached the halfway mark of the published Conan stories completed by Robert E. Howard.

Howard here recycles elements of his own previous stories – there is a magic blade as in Phoenix on the Sword, the sole bane of an otherwise invulnerable eldritch monster, who is a resurrected necromancer as in The Black Colossus.

Comic Books (Paint Monk): Our tale begins as Conan, Bêlit, and Zula battle Stygian warriors in the catacombs of Luxor. As the fight progresses, the 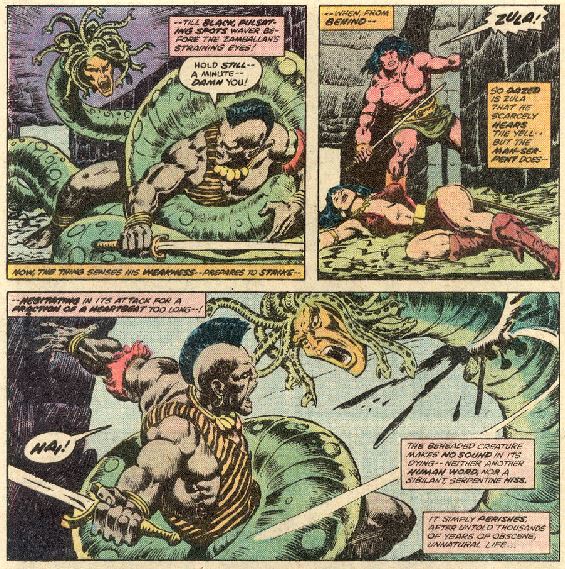 trio finds a secret passage that allows them to descend further into the depths beneath the city.

Zula shows some empathy toward the Stygian soldier’s fate – Conan and company are killing them simply for being in the wrong place at the wrong time. Bêlit declares she will kill any Stygian, because they were the people who helped her Uncle overthrow and kill her Father.

History (Real Crusade History): Henry was born May 3, 1217, the third child but the first son of King Hugh I of Cyprus and his queen Alice de Champagne. (Alice was the daughter of Isabella I of Jerusalem and her third husband Henri de Champagne.) When Henry was just eight months old, his father died suddenly, while absent from the kingdom on the Fifth Crusade. According to the constitution of the kingdom, a minor king’s regent was his nearest relative resident in the Latin East, in this case, Henry’s mother Alice de Champagne. However, Alice showed remarkably little interest in wielding political power.

Fiction (Eldritch Paths): I  was reading The King Beyond the Gate, the second book in David Gemmell’s Drenai Saga. I really enjoyed the larger-than-life heroes in Gemmell’s first book, Legend. Druss the Legend was an awesome character, taking on scores of baddies and coming up on top. Even the leader of the enemy invasion force respected the strength and sheer force of will that was Druss. I was expecting, no, wanting more of the same from the second book. Most of this second book seemed to deliver. 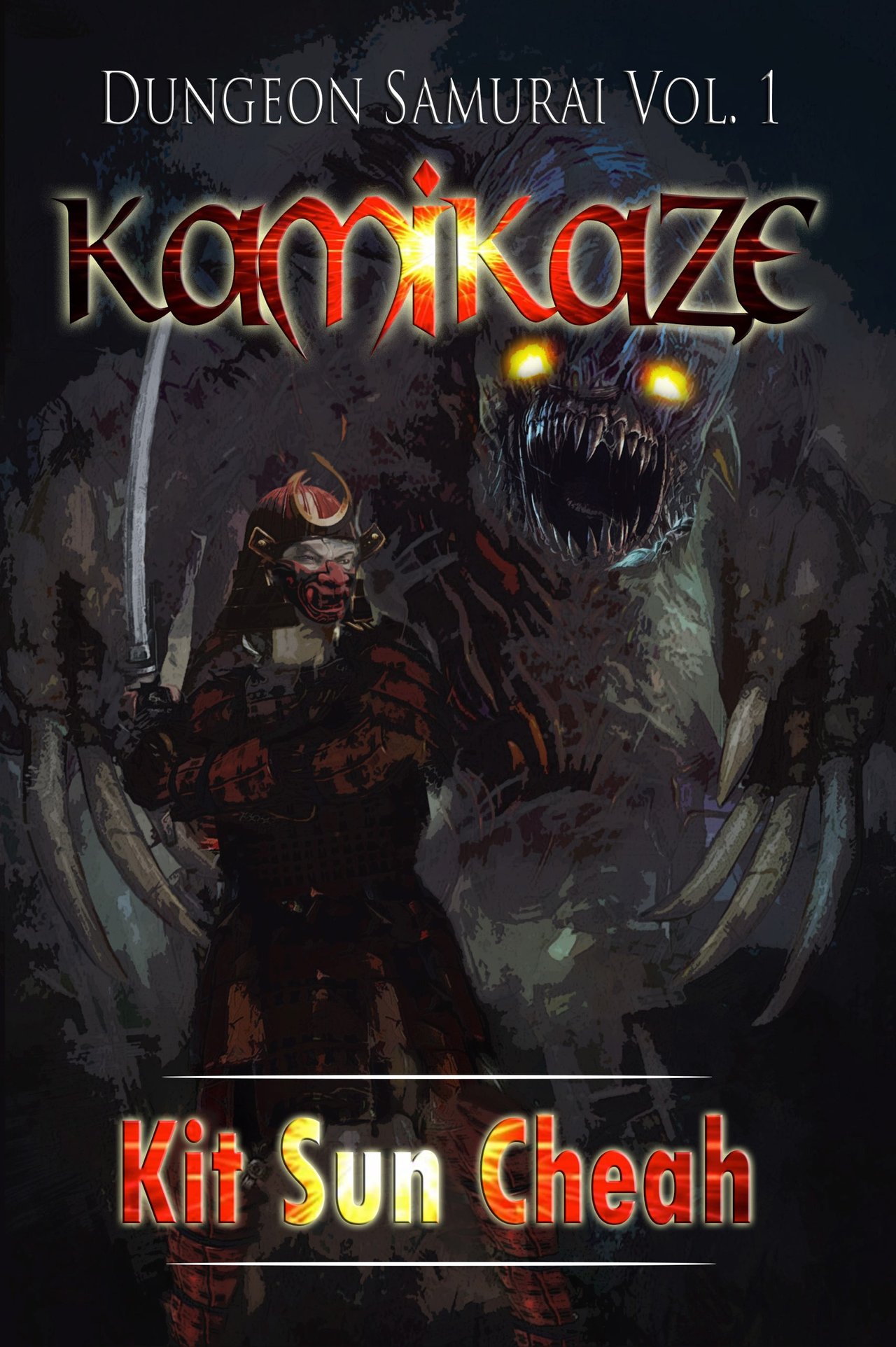 Readers engage a prose story through the plot, characters, and prose. The writer guides them on a journey in the mind, directing the story from start to finish.

Gamers engage a game through its mechanics. By playing as their avatar, they create their own experience.

Readers and gamers have different ways of approaching their chosen media. The requirements of these media lead to different design choices.

Writing (Mad Genius Club): Write the soldier as he (or she) is, not as you wish to caricature them, not as your narrative demands.  Haven’t served in the military? Start looking through your list of friends for somebody who has. Sit down and ask them questions (bring drinks), listen and be respectful.  See, contrary to popular belief, we will talk. If you show yourself to be trustworthy, we’ll tell you the unvarnished truth about life in the service. What hurt, what sucked, what made us laugh, made us cry, made us mad, made us happy, what made it home for us.

RPG (Brain Leakage): About three or four sessions into my current campaign, I noticed that my players didn’t really like the abstract nature of D&D

combat. No matter how much narration and dramatizing I did, combat just felt too passive to them. Specifically, they wanted to do something besides stand there and take it while the enemy rolled against their AC.
Now, one thing I’ll say in favor of D&D combat RAW. It’s streamlined. And if the players are happy enough to fill in the blanks by imagining feints, dodges, and other maneuvers happening in between declared actions and combat rolls, then it’s fine.

T.V. (Pulpfest): Rod Serling’s THE TWILIGHT ZONE ran on CBS from 1959 to 1964. It remains in syndication to this very day. A new version of the series

— narrated by filmmaker Jordan Peele — premiered on CBS All Access on April 1, 2019. Sixty years after its original debut, Rod Serling’s remarkable creation is still very much embedded in the public consciousness.

The creator of THE TWILIGHT ZONE was born on December 25, 1924 in Syracuse, New York. His brother, the late novelist and aviation writer Robert Serling, said: “We were fairly close as kids and we played together a hell of a lot, despite the seven-year difference. The two of us used to read AMAZING STORIES, ASTOUNDING STORIES, WEIRD TALES — all of the pulps. If we saw a movie together, we’d come home and act it out, just for the two of us.” 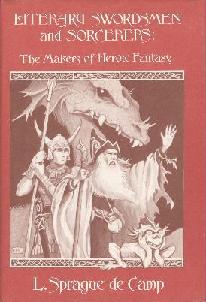 Socerers at my local public library. I immediately took it out and read it. De Camp’s informational essays on these fantasy writers made me want to drop everything and reread some of the great books by these authors. I’m a big fan of Lord Dunsany, but I haven’t read more than a fraction of his oeuvre. I’ve read most of Lovecraft, but I can always pick up one of his collections and find delight in its pages.