Games (Pulp Rev): The video game is the defining entertainment medium of the times. Combining high-impact visuals, immersive sound and deep player engagement, all within the comfort of the player’s home, the video game is the epitome of technological leisure. Its influence bleeds out into other media. In writing, we see this in the immensely popular LitRPG / gamelit genre: stories that incorporate video game tropes and mechanics. 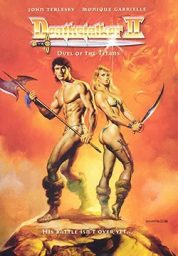 Titans as it is also known) was originally conceived as another straight forward sword and sorcery flick, much like its predecessor in the franchise. But with an extremely low budget (reportedly in the $400,000 range), Director Jim Wynorski and the star of the film John Terlesky (replacing Rick Hill as the titular character from the first Deathstalker) basically threw out the original script for Deathstalker II and created a much different movie than the original. Deathstalker II never takes itself seriously.

Tolkien (Good News Network): I recently took to The Lord of the Rings trilogy books once again, as my lack of television has barred me from watching the films for two-and-a-half years, and I couldn’t help but measure everything I’ve seen since COVID-19 arrived to the circumstances of Tolkien and of his chief protagonist Frodo Baggins.

Review (With Both Hands): Dark Victory by Jason Anspach and Nick Cole 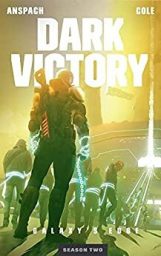 [Amazon link] is in a way a return to normal. However, what that means in this case is not a sense of peace and clear, sunshiny days. The rise and fall of Goth Sullus and the governmental reset forced by the Legion’s invocation of its right to depose the legislature under Article Nineteen have shifted the balance of power, but even events as cataclysmic as these did not alter the nature of the factions that jostle within the galaxy.

Cinema (Stacker): as compelling as great science fiction can be, terrible 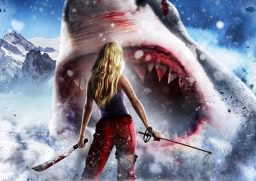 science fiction retains its own special place in the annals of cinematic history. Whether filled with clumsy acting, shoddy special effects, amateur directing, or all of the above, bad sci-fi has become its own rich tradition complete with cult followings and midnight screenings. To think, there’d be no “Mystery Science Theater 3000” without these classic clunkers. 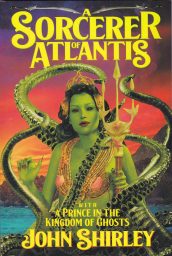 three-part novel A Sorcerer of Atlantis, which tells the story of Brimm the Savant, his close friend Snoori, and Selinn of Ur, who is a swordswoman and princess and someone with whom not to argue.

Culture (Wasteland & Sky): What censorship is remains much simpler. Censorship is a way of silencing ideas deemed harmful for the general populace by simply forbidding them. Popular ways to implement it include government enforcement, social and peer pressure, mafia-style threats, and outright violence.

Gaming (Walker’s Retreat): Today, we return to the reality of game design and the needs of commercial viability. Specifially, we’re again talking about MMORPGs.

MMORPGs are very expensive and tedious to produce, and about as much to maintain. Because of these factors, you cannot get investment for a MMORPG aimed at a narrow target audience; the investors will demand a much wider audience in order to guarantee an acceptable return on investment, and “acceptable” means far more than you may expect if you have no familiarity with how they think.

Appendix N (Goodman Games): Much as I’d like to hope that Gary Gygax

read Harold Lamb, he’s unlikely to have found his way to any of Lamb’s most influential work. It’s not that Lamb wasn’t in print. From the 1940s on, his histories and biographies were a mainstay on library shelves, and many modern libraries retain his books to this day. But as fine as they are – and some of them are very fine indeed – Lamb’s histories and biographies weren’t the texts that were important to Appendix N.

Cinema (Talking Pulp): There are very few films I watched more than Big 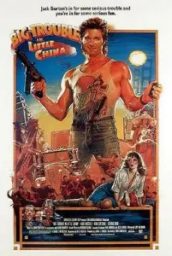 Trouble In Little China once it was out on VHS and I rented it to dub a copy. New release VHS tapes were like $99 back then and I was still way too young to get a real job. I really loved this because of Kurt Russell. I can’t say that this was my introduction to him but this is probably the first film that made me know who he was.

Gaming (Geotrickster): Old School first person shooters (often now called Boomer Shooters despite the fact that they are mostly made by and for Gen Xers) are my second favorite type of game. Only turn based 4X strategy beats them. There was a time when they were my favorite (Phun Phact: I was once one of the top ranked Day of Defeat players). Once I went to college I entered a time when I thought I had out-grown the genre, but my continued playing of old games of this ilk meant that I really hadn’t so much as the newer releases weren’t appealing to me.

Publishing (Misha Burnett): First, what should you pitch? I would advise a collection of between 60,000 and 80,000 words total. Stories that have been previously published will need to revert to you before you can publish them again, check your contract to see how long an exclusionary period was specified. I prefer a mix of previously published and exclusive material–I want to give readers something that they can’t get anywhere else.

Art (Alexander Hellene): Nobody is persuaded by a think piece or a white paper. But when people who get paid large sums of money to appear on TV (where, remember, everything that happens on it is true to the majority of people because they can see it) and say that this or that happening in America is “literally The Handmaid’s Tale,” you have an instantly identifiable touchstone that millions of people will understand and nod along with. 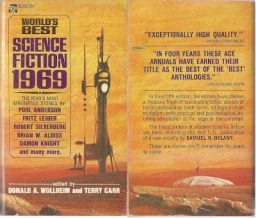 Donald Wollheim and Terry Carr’s World’s Best Science Fiction 1969 and its terrific John Schoenherr cover, covering a dozen of the stories it offers.  But I think there may still be some goodness to be wrung out of this fruit!  Today we’ll read four stories from its pages, tales by Fred Saberhagen, Fritz Leiber, H. H. Hollis and Terry Carr, as we continue the exploration of the anthology shelves of the MPorcius Library that has taken up my last five blog posts.

Comic Books (Dark Worlds Quarterly): Well, we are finally going to see Stalker get his wish…an in-person confrontation with Dgrth. Sadly, it will be the last issue of the comic, which simply could not sell enough copies to continue. Unlike a few titles later during the DC Implosion, Levitz/Ditko/Wood at least got to wrap things up a little. (I am still pissed we never got one more issue of Star Hunters!) We are given a small ending if not the ultimate fate of Stalker.

Cinema (Talking Pulp): This is one of those super low budget, low quality Argentinian sword and sorcery flicks from the ’80s that was trying to 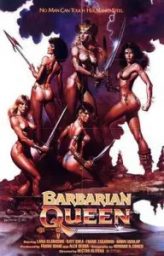 capitalize off of the craze. However, this isn’t one of the Roger Corman ones, so its quality is even worse.

Probably knowing that this was going to be a shit movie, the filmmakers leaned heavily into making this as sexy as possible with bringing in a whole crew of beauties that spent portions of the film wearing as little clothes as possible. 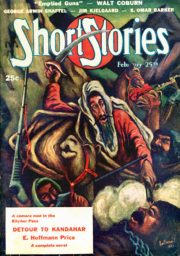 Art (DMR Books): Lee would go on to do covers for Short Stories and Weird Tales in the ’40s, both under the editorship of Dorothy McIlwraith. That is my favorite period of Coye’s career. Unlike some, I prefer his painted covers, which remind me of the work of his WT contemporary, Dolgov. Coye would later do line-work covers for Arkham House and Karl Edward Wagner’s Carcosa imprint.

Fiction (Marzaat): This is as much a story about urban crime and squalor, epitomized in 1980 by New York City, and the deadened people who inhabit it like the narrator as it is about a Lovecraftian horror. The opening epigraphs from Charles Maturin’s Melmoth the Wanderer and August Derleth’s “The House on Curwen Street” aren’t as significant as the one from a New York City rape victim: “It taught me the foolishness of not being afraid.”

Science Fiction (Tor.com): When I was young, Robert Heinlein’s juvenile

novels were among my favorites. But I only got my hands on about half of them. Over the past few years, I have been working to find them all, and one of the most recent I was able to read was Red Planet. Imagine my surprise to find that the Martian race that I had first encountered in Stranger in a Strange Land had been created over a decade earlier for Red Planet…

Gaming (DVS Press): Gameplay over graphics! This is what you’re going to see from a lot of gamers these days, especially those on “my side” of things. They aren’t wrong.

The problem is, these things are usually presented as a dichotomy, or at least discussed as one—you are either choosing good gameplay or good graphics. The reality is we’re looking at a field for both things, a matter of emphasis, often a matter of art and graphics actually do matter.

Weird (USA Today): JACKSON, Miss. – What does a 750-pound alligator eat? Well, just about anything it wants, but items found in this particular Mississippi alligator’s stomach defy odds and date back thousands of years.

History (Defending Crusader Kingdoms): Historians such as Edbury posit that the Ibelins were inveterate opponents of the Lusignans until the early 13th century. They note that there is no record of Ibelins setting foot on the island of Cyprus before 1210 and insist that it is “certain” they were not among the early settlers―while admitting that it is impossible to draw up a complete list of the early settlers. Edbury, furthermore, admits that “it is not possible to trace [the Ibelin’s] rise in detail” yet argues it was based on close ties to King Hugh I.