Fiction (Tellers of Weird Tales): “In “The City on the Edge of Forever,” a man travels through a time-portal (located in the ruins of a city on a faraway planet) and unwittingly alters the past, thus altering the future: nothing that he knew came to be and his fellow space-travelers are stranded in time and space. Two other men follow him in an attempt to undo what he has done. One of those men, Captain Kirk, falls in love with a woman from the past, Edith Keeler. Like the love interest in 11/22/63, Edith is a social activist or reformer. Like Stephen King’s female lead, she remains unmarried and turns her efforts at making a better world outward towards that world rather than inward towards a family.”

Movies (Walker’s Retreat): A handful of people who’s opinions I trust on films have seen Justice League and now offer their takes on it.”

Games (Tales to Astound): “The premise of the Traveller: Out of the Box series is that the original Traveller rules were a framework to allow a Referee to create his or her own settings to share with friends. Here’s an example of this in action”

Media (Robert M. Price): “Ever noticed how today’s cartoons and movies offer their viewers the spectacle of young kids as epic heroes? Personally, I find 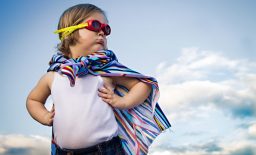 this trend highly annoying. I simply cannot take seriously the notion of a child or adolescent possessing the moxie and the skills or judgment to deal with and defeat veteran criminals and supernatural entities. I do realize these entertainments cater to the natural childhood fantasies of reenacting the exploits of superheroes, war heroes, cowboys, etc. That makes sense, or almost. I remember when we starry-eyed kids pretended to be the Lone Ranger or wore a bath towel as a cape (as even young Clark Kent does in a flashback scene in Man of Steel, a great moment!).”

Authors (On an Underwood #5): “Prior to Robert E. Howard owning an automobile it was his custom when no ride was available, and he wanted to go somewhere, to simply start walking down the road until he could hitch a ride with a willing passerby. This practice is confirmed by his father, Dr. I.M. Howard, in a June 21, 1944 letter to E. Hoffman Price. Dr. Howard told Price, “[I] have known him to start 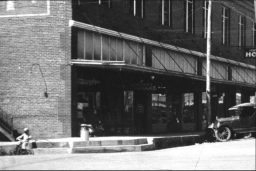 hitchhiking to Ft. Worth or Brownwood to see a fight before he owned a car of his own. And when he was just [a] slender youth.”[1] Going to fights was not the only reason Robert would take off down the road attempting to hitch a ride to his destination. He also hitched when he wanted to go see friends, movies, and on occasions when he just wanted to explore.”

Fiction (Black Gate): “Compared to Burroughs’s other two long-running science-fiction series, Mars/Barsoom and Venus/Amtor, Pellucidar is more difficult to summarize. The Venus novels were written over a short period of time during the end of Burroughs’s career and all feature the same hero, Carson Napier. There are no Venus classics, with the best (Lost on Venus) only middling and the rest ranging from bland to unreadable. The Mars series presents a vast canvas that arcs across Burroughs’s career, but it’s the most consistently high quality of any of his series, including the Tarzan novels, so it’s not too difficult to give it a broad analysis that primarily looks at changes in protagonists.”

RPG (Save Versus All Wands): “There were plenty of demons in early Dungeons & Dragons (1974-1979). Not only were there many kinds of demons, but 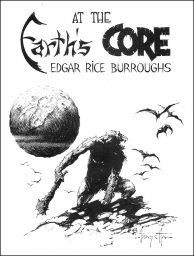 demons could be summoned by spells, they could possess people, and characters could even make “pacts” with them, perhaps involving human sacrifices. All of this was described in “official” TSR sources such as the rulebooks and supplements or semi-official outlets such as The Dragon magazine.”