Popular Culture (Contemplations the Tree of Woe): Moreover, the change in our social mores is unpredictable in its pace and direction. Could Woodrow Wilson have predicted that his views would one day cause progressives to remove his mention from the school named for him? No, in his day he was the exemplar of progressivism. Could R.E. Howard have known that Conan would become abandoned because of its toxic masculinity? No, in his day Conan was an exemplar of virtuous manhood. 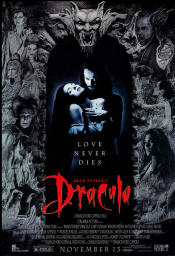 been revisiting some of my favorite vampire films. I kicked things off the way I usually do, with a viewing of F. W. Murnau’s silent 1922 nightmare, Nosferatu.  A plagiarized version of Stoker’s Dracula, it’s amazing just how much of the novel Murnau’s film manages to get right. The sense of creeping menace. The oppressive atmosphere. The looming evil of the Count himself.

Fantasy (Goodman Games): Stranger Things draws on bits of Dungeons and Dragons lore and brings them to a contemporary audience in a compelling way. Some of these old artifacts have ties to older stories, pre-D&D, including those of Michael Moorcock. At the beginning the first Corum story, The Knight of the Swords, Corum is tortured and left horribly disfigured. 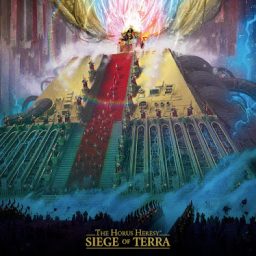 announced the actual, final novel in The Horus Heresy, their absolutely massive prequel series to their Warhammer 40,000 science fantasy setting. The series began in 2006 with Dan Abnett’s Horus Rising, so it is only fitting that Abnett is bringing the saga to an end with The End and the Death. However, the story proved too titanic to fit into one volume, so will be published in (at least!) two books.

Tolkien (Sacnoth’s Scriptorium):  So, more and more people are celebrating September 22nd as Bilbo’s Birthday,  joining March 25th (Tolkien Reading Day, pegged to The Downfall of Sauron) and January 3rd (JRRT’s birthday).  Which makes this a good time to remind those who can get to Milwaukee that the JRRT: ART OF THE MANUSCRIPT is still ongoing and will continue to do so through most of the rest of the year. A few samples will give an idea:

Cinema (Arkhaven Comics): I am perhaps jumping the gun in predicting 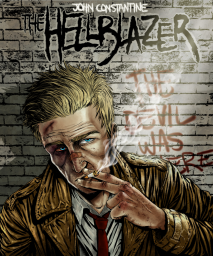 the downfall of Bad Robot and all who serve him.  But even Hollywood can eventually accept the obvious.  They may do it kicking and screaming, with a great gnashing of teeth but at the end of the day, money means more than anything else in Tinsel Town. Why am I saying that Bad Reboot has a problem?  Because the unthinkable has finally happened.  I’ll elaborate.

Science Fiction (John C. Wright): My theory is this: time travel stories propose that there is no privileged frame of reference: any point in time the time traveler enters becomes his present, all before that point is past, and all after is future. But please note that any events affecting the time traveler himself, including his memories, retain their normal arrangement of past, present, future. 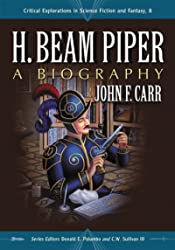 2008. A biographer of Piper has a challenge. Piper was a man of habitual secrecy, compartmentalization, and deceit. A habitual diary keeper, he burned years’ worth of diaries prior to his marriage late in life. And why did he divorce his wife? Was she really a golddigger who married him for a vacation in Paris?

Cinema (Kairos): It’s important to be thankful for small mercies. In the context of beloved 1980s film franchises, only one has escaped desecration by the Hollywood Death Cult … for now.

That as-yet unsullied franchise began with 1985’s Back to the Future, a time travel adventure flick written by Robert Zemeckis and Bob Gale and directed by Zemeckis.

Forthcoming (DMR Books): We at DMR Books have a very busy fall season,

and not just with new releases like Arminius, Bane of Eagles and Samhain Sorceries. During October and November you’ll see the DMR banner at four different conventions:

D&D (RPG Pundit): If you’re a #dnd5e gamer who’s sick of the Wokeness, or is just ready for a better experience, the OSR is very easy to get into!

Science Fiction (Fantasy Literature): A book that has, over the decades, 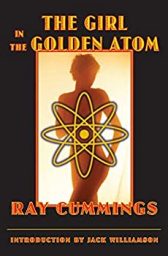 managed to achieve for itself pride of place in these kind of microverse affairs, in which entire worlds are discovered in the heart of an atom, and that book is one that I have finally caught up with, Ray Cummings’ highly influential novel The Girl in the Golden Atom. 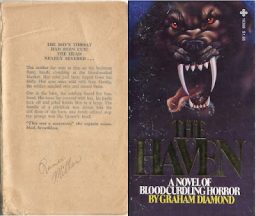 Fantasy (M Porcius): The Haven by Graham Diamond! I have been curious about The Haven (1977) and Lady of the Haven (1978) for years, my interest piqued by ads for them in places like Richard Meredith’s No Brother, No Friend and the Winter ’78-79 issue of Algol.  Sometimes The Haven is marketed as a horror novel (it looks like one of those “paperbacks from hell,” doesn’t it?) and sometimes as a “fantasy adventure.”

D&D (Ben Riggs): While writing my book of D&D history, Slaying the Dragon, I discovered a number of fascinating historical documents hidden from public view until now. Over the coming months, I’m going to be sharing some of these captivating items with you… More often than we would like to admit, the underdog doesn’t deliver. They miss the ball, fail to sell the screenplay, lose the rap battle, and the frog, though kissed, does not turn into a prince.

Artists (DMR Books): Yesterday marked the fortieth anniversary of the 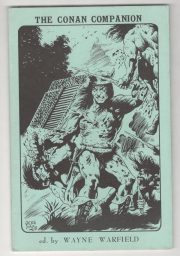 death of Gene Day. A rising star at Marvel Comics, he was barely thirty-one years old. In a career not quite spanning a decade, he left an indelible legacy upon the comics and SFF fandom scene of the time. 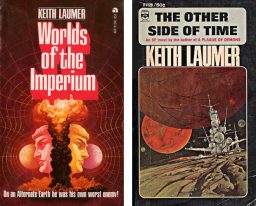 Science Fiction (Tor.com) Today I’m taking a look at two alternate world books by Keith Laumer, from the days when novels were short and briskly paced. And Laumer was a master of that form. I’d been searching for some good summer reading, and these certainly fit the bill. The books are full of alternate versions of people we recognize from our own history, and the hero even gets to meet an alternate version of himself at one point. What can be more fun than playing the game of “what if…?” 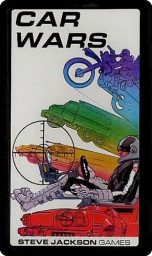 published from April – September 1991 by Marvel’s Epic Comics imprint. The series was based on ‘Car Wars’, an RPG first released in 1980 by Steve Jackson Games. The game probably drew heavily, in turn, from the 1975 low-budget, cult classic movie Death Race 2000.

Review (Steve Carroll): Though it is set during World War

II, it would be somewhat disingenuous to refer to The Hill as a war novel. Written by Ray Rigby, a veteran of British television of the 50s and 60s, The Hill deals not with enemies on the battlefield but instead focuses on the escalating battles of will between disgraced British soldiers held prisoner in a Libyan wartime prison, and the authorities who lord over them within these barracks. 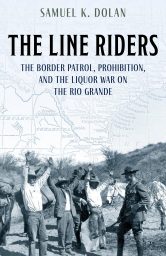 History (Frontier Partisans): In January of 1920, the Eighteenth Amendment to the United States Constitution went into effect and the sale and manufacture of intoxicating spirits was outlawed. America had officially gone “dry.” For the next thirteen years, bootleggers and big city gangsters satisfied the country’s thirst with moonshine and contraband alcohol.

Art (Rough Edges): Considering all the Western paperbacks I read growing up in the

Sixties and Seventies, how in the world is it that I never noticed the same guy is on nearly all of them?And that hombre, of course, was none other than Steve Holland, the best and busiest paperback cover model in history. The new book from Michael Stradford, STEVE HOLLAND: COWBOY, covers that part of Holland’s career.

Firearms (Last Stand on Zombie Island): While Ben Franklin theorized using airships to deliver troops to battle behind enemy lines as early as 1783 and the Union Army fielded a balloon service in the Civil War, today’s Air Force traces its origin to the heavier-than-air machines of the U.S. Army’s Aeronautical Division, founded in 1907– just four years after the Wright brothers first flew. After service in Army green during both World Wars, the Air Force became an independent branch of the military in 1947 with the first Secretary of the Air Force named on Sept. 18 and its first Chief of Staff named on Sept. 26. 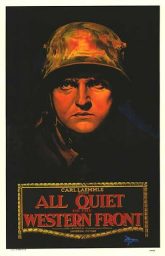 Cinema (Collection Reviewed): It was only a few years ago that I learned All Quiet on the Western Front author Eric Maria Remarque only spent six weeks on the front before being wounded and invalided out of service. The result was one of the most well-known anti-war novels. On the other hand, Ernst Junger spent years four years at the front, was wounded seven times, and from his diaries wrote Storm of Steel. While not exactly pro-war, it’s about as near as any book I’ve ever read has come. It’s a fascinating contrast and I recommend both books completely.

History (Isegoria): David Hacket Fischer’s Albion’s Seed: Four British Folkways in America makes the point that early America was framed around four dominant folkways; There are the New England Yankees in the northeast; gentry planters in the lowland South along with their retainers; inhabitants of the upland South, originally from Ulster and the Scottish-English border.