New/Art (Lulu): This book is a collection of articles about the early history 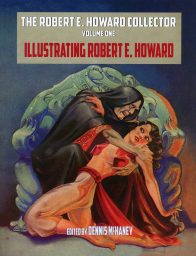 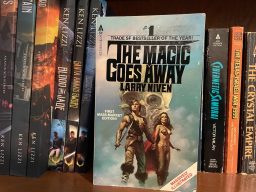 Fiction (Ken Lizzi): In an earlier post I tried my hand at enumerating the elements of a Sword-and-Sorcery yarn. Let me see if I can apply the test to The Magic Goes Away. Our protagonists are hardly paladins. So, check the less-than-heroic-lead box. Small stakes? Well, there we have a problem. This isn’t a treasure hunt, skirmish, or monster-slaying expedition. The initial quest itself is high-stakes.

Science Fiction (Alexander Hellene): Star Trek never made much sense to me. I’m not talking about the space travel and the aliens; that’s part of being a sci-fi show, and is honestly more believable than what I’m about to get into. Since I’m both a lover of fiction and a writer of it, I’m going to talk about some philosophical things that will hopefully help you to make your own writing more believable and real. 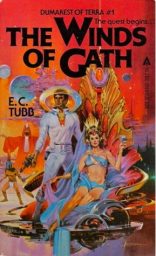 little stand-alone adventure, The Winds of Gath, featuring a laconic space traveler named Earl Dumarest.  Terse, punchy, and full of tension, it read like a Dashiell Hammett novel, complete with political intrigue, wealthy dames in trouble, and the kind of protagonist with just enough character to feel real, but just enough left unsaid to let the reader feel like, “Hey, that could be me.”

Tolkien (Voyage Comics): Though intended for a juvenile audience, with an extra dollop of whimsy mingled with eucatastrophic reality, The Hobbit presents an adventure whose protagonist is motivated by moral reasoning, rather than by hubris.

Thrust into an unforgiving and unknown landscape, Bilbo Baggins gets perhaps a bit full of himself when he realizes, once he’s got the Ring, that he has something to contribute to Thorin and Company. Now he’s a team player.

Edgar Rice Burroughs (DMR Books): Tarzan and the Jewels of Opar was a 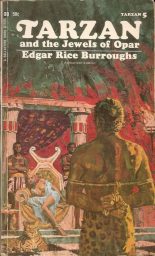 big deal when it first hit the newsstands in 1916. Of course, anything ‘Tarzan’ was a big deal at the time. However, ‘Opar’ was a harbinger of things to come. Tarzan of the Apes was a classic novel that might outlast the burning-down of Western Civilization. The Return of Tarzan tied up some threads from the first novel and briefly introduced the lost city of Opar.

Writing (Steven Pressfield): In a way, our writer’s type of combat is harder than the kind faced by military men and women. It’s harder because nobody certifies us. There’s no flight school or boot camp or BUDS training for us. Nobody mentors us or validates us. Nobody pins a Trident or an SF tab or an Eagle, Globe, and Anchor on the breast of our tunic. We have to train ourselves. We have to test ourselves. We have to validate and commend and reinforce ourselves.

Thrillers (Jon Mollison): First off, we should clarify what we mean by 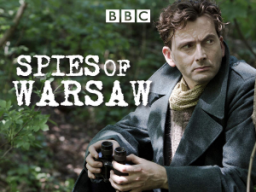 “modern spy thrillers”.  Not “set in the modern world” although that happens.  Instead, we’re talking about films made in this empty, culturally retarded, po-mo world.  The setting and era of the tale might be anywhere and anywhen.  The real trick with spy thrillers is that the good guys have to be good (or at least try to be) and the bad guys have to be bad.  The viewer needs somebody to root for, or to at least not know who to root against. 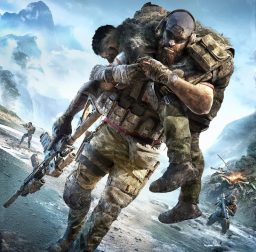 Games (Button Smashers): Tom Clancy might be responsible for more people joining the military than any other single author. His books, movies, and video games have inspired many a young man to take the pledge. As a kid, I read the books, watched the movies, and of course, played the games. Tom Clancy games were always a bit more realistic than most, and added a degree of tactics to your play. If you tried to run and gun, you’d be seeing Game Over a frustratingly high amount of times. With that in mind, I gathered my five favorite Tom Clancy games.

Science Fiction (Stuff I Like):  I’ve scavenged all the books from Dickson’s

Childe Cycle. I’ve read half of them and, while tinted by age, my memories of them are they were really good. Centered around the mercenaries of the planet Dorsai, he envisioned the series, in addition to the six science fiction novels he finished, as having three historical and three contemporary novels. It would tell the extended history of humanity as it splintered colonizing the stars and was reunified. At his death in 2001, Dickson hadn’t finished the final book in the series, Childe, and had never written the non-sci-fi novels.

D&D (Grognardia): As I mentioned in my recent post about issue #17 of White Dwarf, the issue contains a fascinating interview with Greg Stafford, creator of the fantasy setting of Glorantha and a founder of Chaosium. The interview was apparently conducted at GenCon XII (1979) by Ian Livingstone and covers a wide range of topics, with special attention paid to Stafford’s thoughts about Glorantha, RuneQuest, and roleplaying in general. From the vantage point of 2021, I find the interview remarkable, not just for the topics it covers but for the answers Stafford gives, some of which are truly unique. 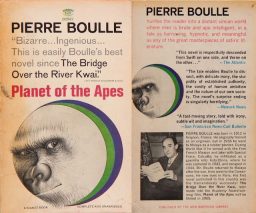 singes is better known to English readers as Planet of the Apes (translated from the French by Xan Fielding), and was adapted into a film in 1968 (it was also published in the UK as Monkey Planet). The original novel differs dramatically from the 1968 film in the back half of the narrative, and the personality of the main character is somewhat less nihilistic than the film’s protagonist (Taylor). 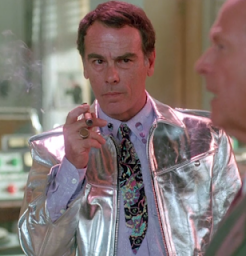 Cinema (Wert Zone): The news has sadly broken that veteran Hollywood actor and SFF screen legend Dean Stockwell as passed away at the age of 85. Stockwell is best-known to SF fans for his recurring roles on TV shows Quantum Leap and Battlestar Galactica, as well as his memorable turn in David Lynch’s Dune.

Popular Culture (DVS Press): Strangely, it was this attitude from the pop-cult adherents of Gen X and Y that drove the massive hype surrounding The Force Awakens, beginning with the purchase of Lucasfilm (and therefore the Star Wars franchise) by Disney for 4.05 billion dollars in 2012. Finally, the beloved franchise that was sabotaged by Lucas, the aloof creator detached from reality and the fans and surrounded by “yes men,” would be placed in more competent, caring hands. 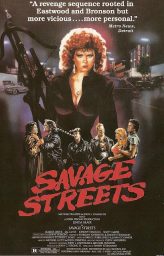 movie favorite, Savage Streets. This film stars Linda Blair in her second most famous role, and for good reason, though I would argue she only really becomes the central character by the end. However, this is a movie that, in this writer’s opinion, has negatively suffered over the years due to what it was sold as being and what others still praise it for. Truth be told, if you’ve seen it then you probably know what I mean. Savage Streets is not really what you would expect it is based on its reputation among exploitation film fans and those who love so-called trash cinema. 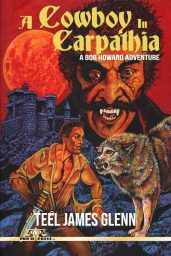 New (DMR Books): Teel James Glenn’s story begins on that fateful day. What if Howard had chosen to live? With nothing left to keep him in Cross Plains, Howard decides to go see the world he has written about but never seen. He travels to New York, England, and onward into Europe. Along his journey Howard makes fast friends because of his stark integrity and his stiff-necked determination to see the right thing done.

Comic Books (Sorcerers Skull): I’ve thought about this before, so I find it a 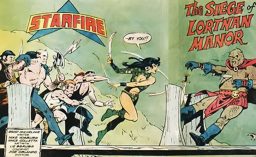 strange I haven’t blogged about it, but I can’t seem to find the post if I did. Anyway, tt seems like one way to ameliorate problematic nature of of D&D and related fantasy game characters killing hapless humanoids to clear them from their land and take their stuff is to have the PCs being the ones fighting off the invaders. This is not guaranteed to free a setting of racist stereotypes (just take a look at Nowlan’s Armageddon: 2419 AD), but it’s perhaps a start. It at least makes the PCs freedom fighters rather than conquistadors. 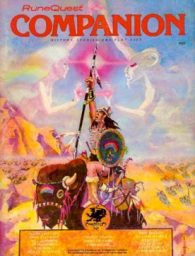 supplements of this sort, though, rather than calling them “supplements,” they called them “companions.” Companions were published to support most of their RPGs, from Call of Cthulhu to Stormbringer to Ringworld, among others. Each of these companions presented a selection of rules and setting additions, expansions, options, and corrections. I’ve always appreciated this approach, since it both obviates the need for a new edition and gave the referee the choice of whether or not to include any of the new material printed in its pages. 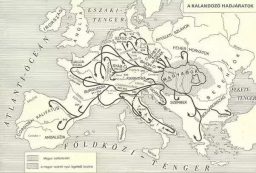 History (Substack): Though right at the heart of Europe, Hungary is an ethnolinguistic oddity, with a distinct history and unique language. The Pannonian grasslands that cover most of its territory are the westernmost tendril of the Eurasian steppe. Though called the Nagy Alföld in Hungarian, or “Great Hungarian Plain,” in relation to the vast Pontic steppe to its east, it is quite small, only 10% the size.