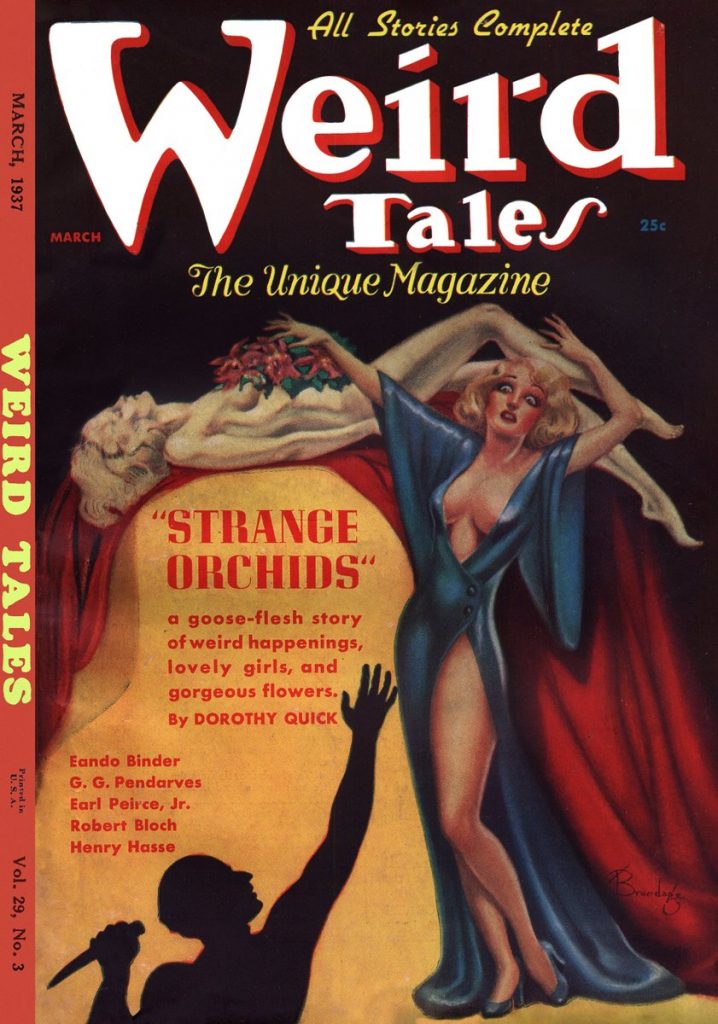 Culture (The Walrus) The Rising Tide of Educated Aliteracy — “By this point host Jian Ghomeshi was driven to make a joke about the situation: ‘I’m glad we populated the panel for Canada Reads with a bunch of people who don’t read.’ What sorts of arguments, he wondered, would the panelists be making in defense of their picks? ‘I don’t read, ever, but just let me say this is a good book’?”

Role-playing Games (Venger’s Old School Gaming Blog) Frame of Reference — “‘Easy’ isn’t a word that we see advertised in RPGs much. That’s too bad because the easier something is, the more it can be played with, hacked, refined, fine-tuned, inverted, subverted, brought to the fore, etc. Easy brings new gamers into the hobby. Easy keeps gamers coming back week after week. Easy allows the GM to keep running those games, instead of succumbing to burnout.”

Genre Wars (Seagull Rising) Idle Thoughts on the Hard Question — “The insidious nature of the Hard Buds of SF is as subtle as it is poisonous. Questions like, ‘Did they get the science right?’ are phrased with an implicit understanding that answering in the negative is a mark against the work’s quality. That’s an example of the underlying assumptions built into the plain sci-fi framework that most people accept without thought. It sounds like a legitimate question. It’s easy to answer. But it’s a distraction. It’s the magician’s flourishing left hand drawing your attention away while his right hand makes the virtue and heroism disappear.”

Rpg Design (The Bonehoard) Index Card D&D — “Here’s my ruleset for Index Card D&D – a collaborative GM-less super simplified RPG. Basically, everyone spends like 15 minutes creating a class, monster, treasure, room, and trap, and then we play a simplified D&D with the results. It’s silly fun and always unbalanced, and you accumulate more cards the more you play. We’ve super been enjoying it, so I figured I’d share the current iteration of the rules. It’s especially fun with a beer in hand!”

Traveller (Tales to Astound!) TRAVELLER: Out of the Box–The Rules are Not Your Friend — “The soil of the Basic Traveller rules is science-fiction adventure fiction. The rules of the game are designed to create stress, conflict, trouble. This helps drive the player characters to bold choices. It means taking high risk/high reward jobs. It means coming up with bold schemes to get contracts or find treasures. It means doing deeds for powerful patrons to get ahold of better resources. It might drive them to skip the mortgage payments, or become pirates. This is all part and parcel of the implied environment of the game fostered by the rules themselves.”

Rpg Design (Gaming Ballistic) A Class ACKS — “One of the neat bits of the basic ACKS system is that it takes the table-based and fairly rigid Basic/AD&D schema and deconstructs it. Not literary deconstruction, where one looks for the inherent contradiction that weakens or undermines a general theme, but in actual ‘let’s take this apart’ methodology. So perhaps ‘dissection’ is a better phrase. Not just because he did cut it apart, but because hey, this is DnD, so taking things and rules apart with bladed objects is in genre.” 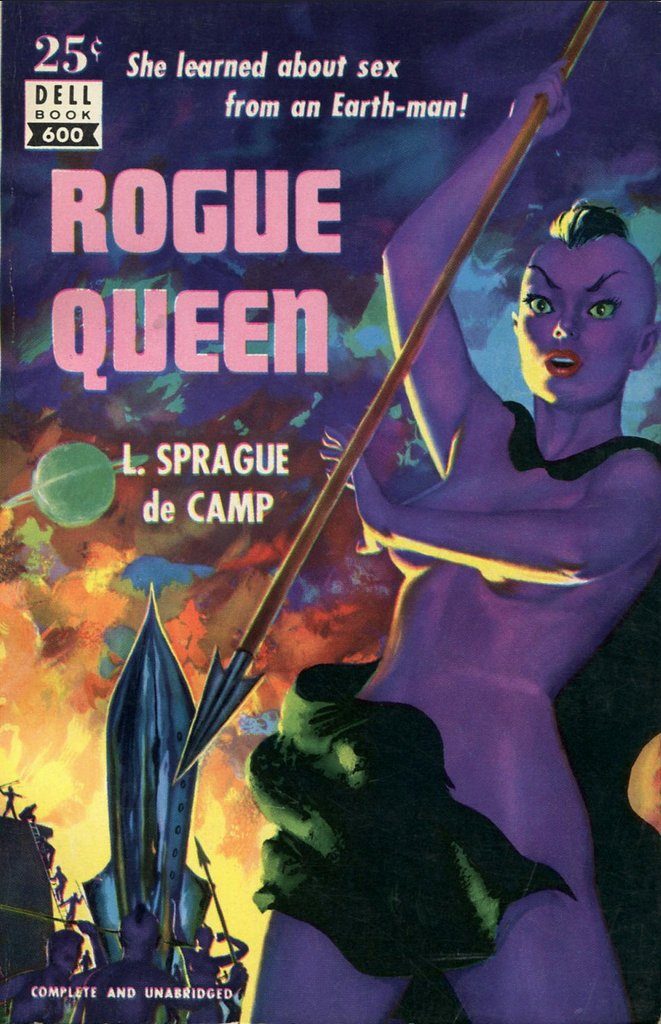 Genre Wars (Cultural Rumbles) The mindset that killed the [sniff] Hugos. — “Genre categories are marketing devices, nothing more, but a some point that stupid word became the descriptive dividing line between acceptable and unacceptable, between serious brain food and intellectual cotton candy. Oh sure, some folks like the HP columnist like to say in their attempts to smooth the ruffled feathers of their intellectual inferiors, you’ve got at least a small chance of finding something ennobling in [sniff] . . . genre stories; it’s only mostly garbage. But it’s still really all garbage and you’re wasting your time reading it you retarded, dirt eating, cousin-humping hicks.”

Books (Stories From My Grandma’s Floor) So I Listened to… CTRL ALT Revolt! — “If anything, the icing on top of this wonderful cake is the voice of Mare Trevathan who narrates this audiobook. She reads with an easy going tone which ramps up when the tense scenes arrive, manages different accents with ease and takes on a delicate tone with the final scenes. Audiobooks live or die on their narrators and Trevathan gives a great performance in this ten-hour story, another reason I gave it five stars on Audible.”

Pulp Revolution (Walker’s Retreat) Star Wars and the Return of the Pulp Tradition — “Because those now creating for the franchise, with a few exceptions, lack Lucas’ education on mythology and background in pulp fiction we’re in the copy-of-a-copy problem of continued degradation from the original due to a Cargo Cult mentality. This is not a corporate directive; this is the result of fans growing up, joining the business, and ascending up the ranks to where they are now at the helm- but they don’t comprehend why they’re doing what they’re doing or how it works, for all their experience in dealing with it.”

Pulp Revolution (Seagull Rising) Modern Pulp Adventure — “We are looking for 21st Century Pulp Revival stories. Who’s we? Well, there’s me, Rawle Nyanzi, Kevyn Winkless, and Sky Hernstrom. There is also a good chance that, once complete, the anthology will be published by Superversive Press.”

Pink Slime Watch (Walker’s Retreat) My Life in Fandom: The Forgotten Realms and the Wider Culture — “The people administering the Realms as a property are similarly rabbit-like in their psychology, and have been since TSR bought the thing from Greenwood, so it’s no surprise to me that they can’t properly address this known issue with their brand identity. The people running the RPG side of Wizards of the Coast are rabbits, so they can’t hack the issue either. No, this has to be done by we in the fandom, and Cirvosa’s call to just improve your skills at filing off the fucking serial numbers is a Big Deal. That has to go further, and that means making culture matter directly; subtly is lost here, routinely. Not just in the games and stories we create, but also in revealing–and celebrating–the influences we take in when making our creations and enjoying them.(Again, I cannot overstate the value of the entire Appendix N blog and book in making this happen.)” 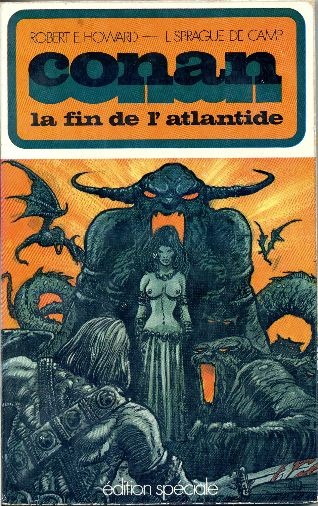 Genre Wars (Kairos) Extravagant Fiction — “My genre-bending SFF novels would definitely benefit from a system that let me apply genre tags to each book, along with the percentages of each genre that a given book contains. Readers would also have an easier time finding books that they want to read under such a system.”

Traveller (Tales to Astound) From TRAVELLER: Out of the Box to the Third Imperium — “Over time GDW built their Official Traveller Universe. But with that said, in my view there is a huge gap between the setting materials and rules found in Traveller Books 1-3 and what the OTU eventually became. In other words, you can’t draw a straight light from Books 1-3 to the OTU. This won’t matter for some people. But in many cases the rules simply are incompatible with the setting of the Third Imperium. Moreover, some of us prefer the implied setting details found in Books 1-3 over the Third Imperium as it eventually became.”

Appendix N (Semper Initiativus Unam) Appendix N Madness Final: Howard vs Vance — “If Howard wins, it is the triumph of a Conan – the strongest fighter in the mix, winning by pure talent and overwhelming strength. He defeated David C. Smith, John Bellairs, J.R.R. Tolkien, and H.P. Lovecraft to get here. If Vance wins, it is the victory of the pen mightier than the sword. A Cugel, getting through by skill and cleverness. He defeated Lin Carter, Roger Zelazny, Michael Moorcock, and Poul Anderson to reach the final.”

Science Fiction (Seagull Rising) The Brighter Side of Indy Sci-Fi — “Now is the best time to get into independently published science fiction. Ignore what the marketing people have to say about it. They deal only in raw, current numbers. They look for today’s hotness and promise immediate returns, but you’re not interested in tomorrow, you’re looking at the long haul. It’s easy to say that about you, even not knowing your name, because you’re into science-fiction, which by its nature is a long-view genre.”

Reader Revolt (Bleeding Cool) Marvel’s David Gabriel On Sales Slump: People “Didn’t Want Any More Diversity,” “Didn’t Want Female Characters” — “We saw the sales of any character that was diverse, any character that was new, our female characters, anything that was not a core Marvel character, people were turning their nose up against. That was difficult for us because we had a lot of fresh, new, exciting ideas that we were trying to get out and nothing new really worked.”

Pulp Revolution (Injustice Gamer) Injustice Quick Reviews 2.4 — “I thought it was high time I read Mr. Mollison’s fiction, especially as I’d heard good things from folks I respect. How good is it? Closest I can come to in a sensical statement is this: Imagine if you will, Edgar Rice Burroughs first book after watching Big Trouble in Little China. That’s not quite right either, but I can’t get any closer.”

Pulp Revolution (The Mixed GM) Cirsova #5 is out! — “If I have not already mentioned this a hundred thousand times, most modern fantasy and science fiction is garbage. Maybe you don’t fully understand my opinion on the matter. Please allow Samuel L. Jackson to do assist you with that (replace ‘snakes’ with ‘bad science fiction and fantasy’.”

Appendix N (Semper Initiativus Unam) Appendix N Madness: We Have A Winner! — “The Texan was the father of sword & sorcery, and a successful author in several other genres. He was compelling in crafting an adventure tale and had a knack for the kind of vivid prose that pulp fiction thrived on. It was a deep shame that he died when he did; had he lived several more decades he might have created wonders we can only dream of.” 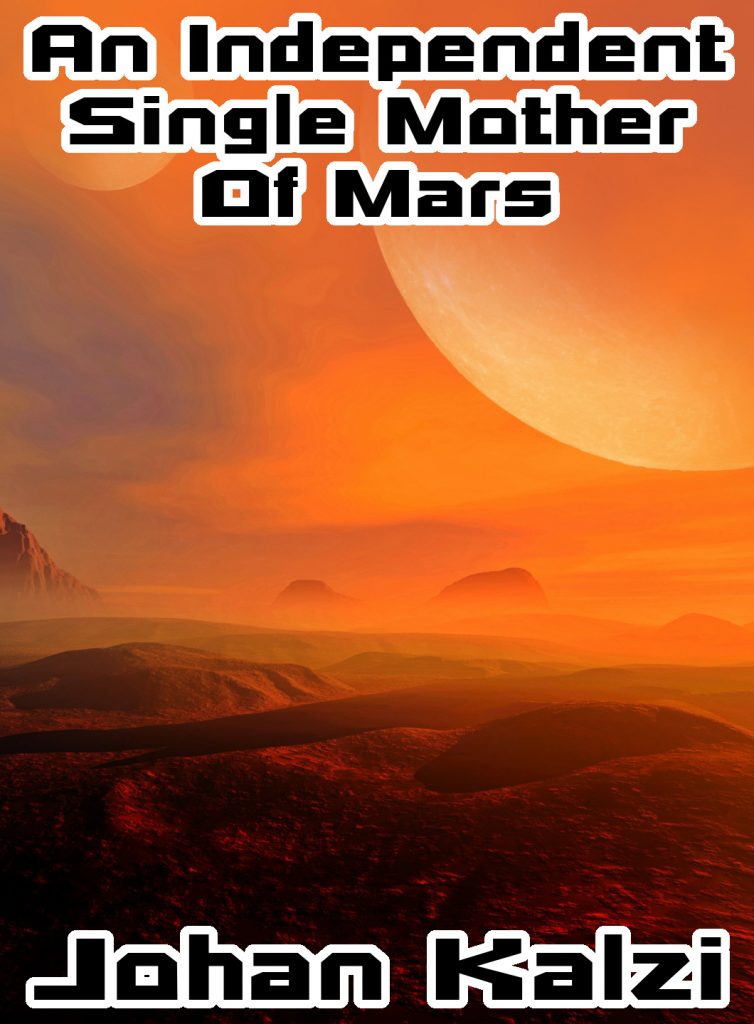 Traveller (Delta Quadrant) Traveller The New Era 1248: The Fourth Imperium — “Contrary to the majority of Travellers I like what transpired during the Rebellion and Virus eras. I like the fact that the 3rd Imperium imploded and that things got even worse when Virus was introduced. In my opinion, this created vast opportunities for many different campaign styles. I also felt that neither the Rebellion nor the New Era periods was allowed to run their full courses before GDW changed directions, Rebellion was cut off when Traveller: TNE was launched and Virus was cut off when GDW folded. The 1248 books continues the story, gives the answers and presents a whole new era for Traveller play. The wars are over and people all over charted space have been rebuilding civilization for years. But all is not rebuilt or rediscovered and much is still to do. The setting supports classic style Traveller adventures as well as more TNE style adventures. The sense of discovery and mystery is back. For me, this is the optimal mix for playing Traveller.”

Books (Injustice Gamer) Injustice Book Review: Rocky Mountain Retribution by Peter Grant — “Mr. Grant has also taken great pains to present accurately the West, showing it as a land and time that was far more allowing for racial differences than commonly presented. The abilities of the individual mattered far more in the pursuits that frame Westerns than the color of skin. His research into the reality pays off in presenting a men that are hard, fair, and honest.”