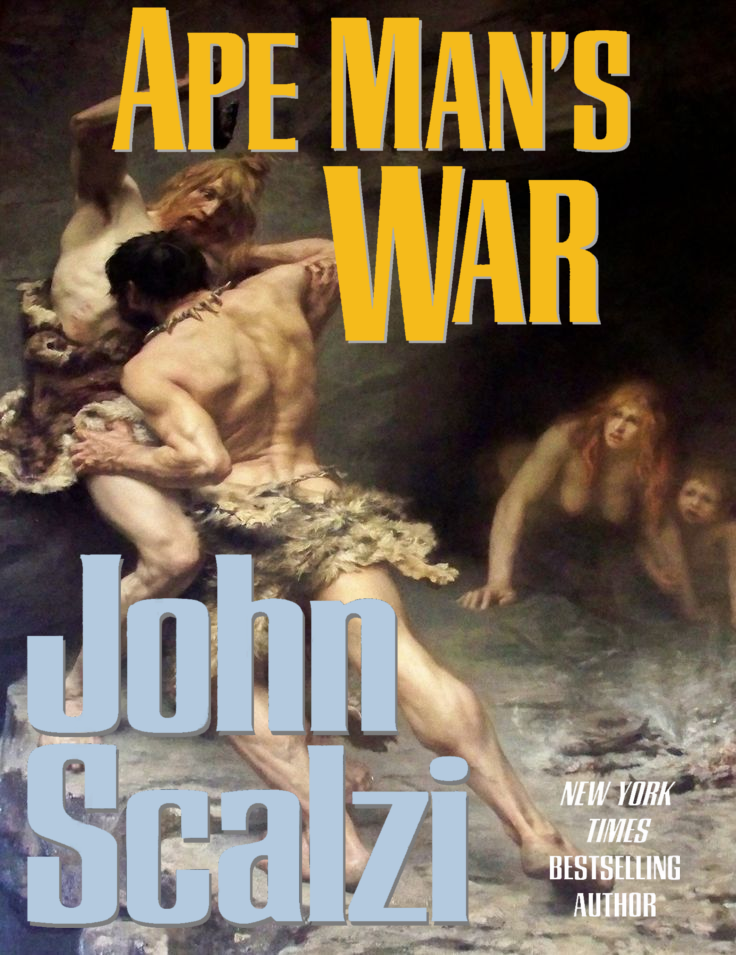 Traveller (Tales to Astound) An Improvised Classic Traveller Convention Game — “And I type all this up to say–the game was written and designed to play this easy, fast, and loose play–and you can play this way too. No long, detailed introduction by the Referee about politics that the Player Characters can’t influence anyway. No thoughtfully pre-planned adventure the Player Characters are supposed to follow. No expectations of what the Players will do. I simply came up with some notes. Let the Players move forward with their plans. Made rolls to see how things turned out when required, let them succeed without rolls if that made sense. And everyone had a great time.”

The Campbellian Heresy (Pulp Archivist) The 1950s Publishing Boom in Science Fiction — “It is on the prestige of these two anthologies that Campbell’s strange and (internationally shunned) branch of science fiction became the dominant one of American science fiction, despite Weird Tales selling just as well and Amazing setting circulation records yet to be matched. And publishers tried to chase the prestige. However, it is clear that the increased supply did not translate into increased demand.”

Girl Stuff (Rawle Nyanzi) For Male and Female: A Gender Analysis of For Steam and Country — “In a pop culture landscape dominated by rough and tough women, For Steam and Country stands out not just for bucking the trend, but keeping the story satisfying to read while doing so. Del Arroz wrote a suitably feminine girl without making her passive or obnoxious. She wasn’t perfect at everything; like comparable male characters, she made mistakes and learned from them. She got crushes and felt romantic jealousy. She realized her limitations, but worked around them. Sci-fi and fantasy can stand to benefit from more Zairas and fewer Reys.”

D&D (Gaming While Conservative) Trust Me… — “Their minds were filled with strange new thoughts – do they hit the goblins now? Or track down the big shuffling things? Or maybe they should use the main entrance and break the seal on the obvious tomb doors? Oh, what a strange feeling to master your own destiny! What new delights to be allowed to roam freely and seek out adventure on your own terms!”

Big Publishing (Kairos) A World without Politics — “Then we come to the non-argument where readers who are sick to death of getting lectured by finger-wagging schoolmarms are told that their wishes are inherently absurd. This bait and switch is monumentally dishonest. Everyone knows damn well that the readers leaving tradpub in droves aren’t precious snowflakes who get the vapors from any mention of politics in a secondary world’s background. (See the Third Law of SJWs.) What the readers are is tired of being propagandized.”

Books (Gaming While Conservative) Dangerous Gamers — “Xavier reinforces the good, clean, Christian culture by taking a wrecking ball to the…uh, arguments?…of the Commentariat. He demonstrates that they aren’t arguments so much as verbal mush-mouth bleatings designed not to inform or to analyze, but merely to silence. He walks the reader through a host of methods, tricks, and tactics used by Team Evil in their fight to destroy all things right and just. He problematizes their utter hypocrisy by reinforcing the obvious understanding that they don’t even recognize hypocrisy itself as a negative except in that it can be used to attack men of honor and virtue.”

D&D (In Places Deep) Mastering the Megadungeon — “Back in the dim antiquity of 2009 when I first started thinking about the dungeon that would become Nightwick Abbey, there were a lot of hot takes saying that megadungeons needed to be huge. At the time I felt that Nightwick was too small but was unwilling to enlarge it due to laziness. Then I ran level one. For five years. ~77 rooms got me about 5 years of play without my needing to make a second level (though I kept promising I would). Experience with the Uz Undercity – which is a little less traditionally designed – has convinced me that 60 – 80 rooms a level is plenty mega for players to get lost and have plenty of options to explore. I wouldn’t advise trying to get by with just one level, but the current version of Nightwick has 2 60 – 80 room levels and two ~30 room sublevels. This has been enough prep that I haven’t touched it in two years and it seems like I may not have to for a long while yet.” 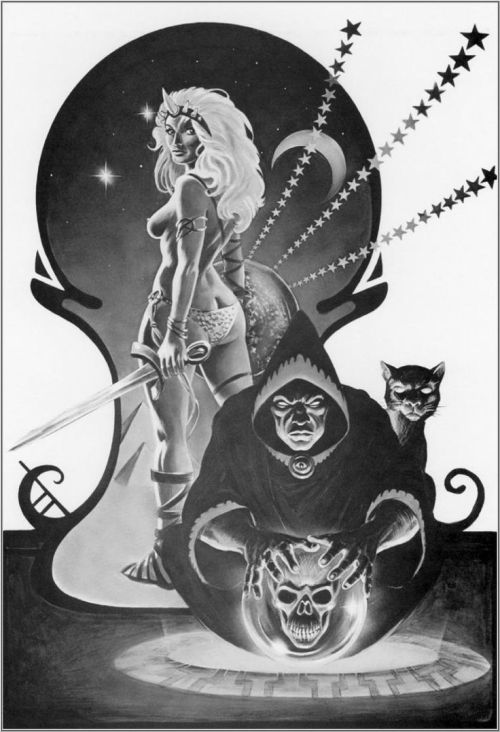 ACKS (Autarch) Independence Day at the Shire! — “Rumors that I have been captured and subjected to ruthless torture including force-feeding, alcohol poisoning, and outdoor activities are entirely false, I assure you. In fact, I’ve come to realize how much I deeply misunderstood my wonderful, charming captors, whose eminently gracious hosting has provided me with more food and drink than I could have ever imagined I could tolerate. That’s why I’m excited to share the new Halfling Racial Class Category with you!”

Appendix N (RMWC Reviews) Appendix N Review: A Princess of Mars — “Reading it now, I can’t help but notice that this is essentially ground zero for 20th Century Science Fiction/Fantasy. 26 years before Superman, John Carter was jumping over tall buildings. D&D’s Dark Sun setting is a love letter to Barsoom, right down to every living thing being telepathic at some level. Robert E. Howard’s tough heroes with rigid codes of honor and loyalty have kinship with Burroughs. A. Merrit’s epic love stories and wild world building seek the same lofty heights. Even Carl Sagan loved the series so much growing up that he apparently had a map of Barsoom hanging outside his office at Cornell. This is a book of wild imagination, larger-than-life heroism, and unbridled adventure. This isn’t simply recommended reading for understanding the history of Science Fiction and Fantasy. It is essential, and a damn fun read.”

Science Fiction (Walker’s Retreat) Narrative Warfare: The Ideological Conquest of Science Fiction Literature — “Let me emphasize that you really should click through to the video’s page, and then hit up the Description. The links listed are great and many, and you will find all of the citations therein. This is a clear Gramascian scheme to subvert, demoralize, and destroy a cultural institution with the explicit objective to converge it for the purpose of spreading Lefist meme-diseases of all sorts. Only now is there any serious pushback….”

Audio Books (Seagull Rising) Forbidden Thoughts — “Look at that list of names. I’ve been doing this voice talent thing for a while now, and the feeling of awe that I get to share stories by some of the best writers working today has yet to fade. If you have half as much fun listening to these stories as I had reading them to you, then the audio version of this collection will still be a bargain at twice the price.”

Convention Time (Jon Del Arroz) How I Use Rhetoric To Sell Books — “It’s about building emotional connections with your audience, whether that’s online or in person, that’s all that matters. For any argument, any push to change culture in any regard, the rhetoric is how you’re going to do it. DON’T WASTE YOUR TIME with the dialectic. You’ll inevitably get pulled into pseudo-dialectic aruments when you talk anything about culture, what you’re doing, whatever. When you go into that explain cycle trying to counter the ‘well, actually…’ as I call it, one, you’ll never convince the person trying to diminish what you’re doing because their objective is not to have a rational discussion, but to diminish what you’re doing, and two, the more important part, you actually start to lose the onlookers. Just stick with more rhetoric and move on.”

Science Fiction (Black Gate) Amazing Stories November 1969: A Retro-Review — “It is clear that ‘A.L.S.’ is a run-through for Do Androids Dream of Electric Sheep. It was later published in book form as We Can Build You. The story is slow, goofy (those mood affecting Hammerstein organs? The ones that affect the thalamus? Not gonna talk about them again after page 6) kinda sexist, and can’t go more than a page without PKD Louis (the MC) psycho-analyzing something, often himself, but more often his business partner’s young daughter, Pris. Although Pris is in the movie Blade Runner, I don’t recall her being a character in Electric Sheep. I can promise you that someone working on Blade Runner must have read the following scene because they make Darryl Hannah look just like this in the movie….”

Appendix N (Everyday Should Be Tuesday) Announcing a Summer of Conan — “Believe it or not, I had never read Robert E. Howard’s original Conan stories.  My entire exposure to Conan was limited to the Ah-nold movies and Robert Jordan’s first three Conan pastiches.  That simply will not stand.  No self-respecting blogger can spend any serious amount of time examining speculative fiction’s roots and not cover Howard and Conan.” 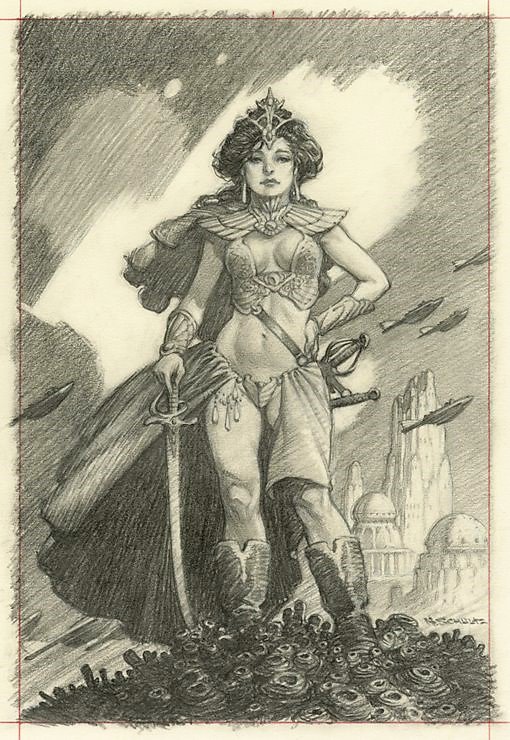 Tunnels & Trolls (MetaArcade) Sword & Sorcery in Tunnels & Trolls — “The journey of a ‘low fantasy’ protagonist and their role in the world is very different from what one might expect upon hearing the word ‘fantasy.’ Heroes and heroines of sword and sorcery are not out to save the world; their motives are diverse, but mostly personal. They may experience world-changing events, but rarely take starring role in them; their fortunes rise and fall unpredictably, subject only to the whim of merciless gods (or, in our case, a roll of dice). Rather than being ‘the chosen ones,’ these protagonists are often just trying to survive, and thus must make difficult moral choices: compared to the ‘civilized’ people of the societies they adventure through, they may appear as selfish, opportunistic, or outright criminal. Yet, despite their occasional outlaw status, they often demonstrate universally human virtues: bravery, compassion, and even self-sacrifice.”

From the Comments (QuQu’s Watching) The Ideological Conquest of Science Fiction Literature — “Very informative and telling video. I know for one I’ll never go back to modern sff after discovering the old pulps and why would I? So much of it is watered down boring tripe or reskinned Tolkien fascimiles. Indies, foreign novels and old pulps for me. #RegressHarder”