Cinema (Wert Zone): The live-action movie adaptation of the Robotech

animated series sounds like it’s getting back on track again, with a new director lined up to helm the project. Rhys Thomas, who recently helmed the Hawkeye TV show for Disney+, is now in line to take on the project.

Fairy tales have monsters and science fiction has space monsters. 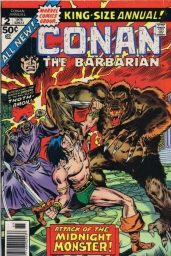 in Weird Tales, December 1932. This was a rewritten version of “By This Axe I Rule!” an unpublished King Kull story. “The Phoenix on the Sword” was reprinted in Skull-Face and Others, Arkham House, 1946. Then again in King Conan, Gnome Press, 1953. It is the third story in Conan the Usurper, Lancer Books, 1967. 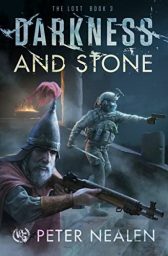 Review (With Both Hands): Darkness and Stone wraps up Peter Nealen’s WarGate series The Lost nicely. You get a cataclysmic final confrontation, endless chthonic horrors, and the phrase, “you mean you just guilt-tripped him to death?”

Firearms (Ballistic): The first of a couple of days range testing to evaluate 20 compact and full-size pistols for “Ballistic’s Best of 2021” issue had

arrived. I was about to meet up with four fellas from different walks of life, with a good bit of gun knowledge and skill. I do believe that 2021 will go down as the year of the micro-compact pistol. Sig Sauer mainstreamed the concept a few years back with the P365.

Cinema (Unz): The Northman is a cinematic depiction of Viking society in the late ninth century. Co-written and directed by Robert Eggers (who previously directed two horror movies) and starring Alexander Skarsgård (who had long been interested in Viking history and mythology and was instrumental in getting Eggers involved), it is a refreshing attempt at historical realism.

Review (Adventures Fantastic): So, if you remember my review of A 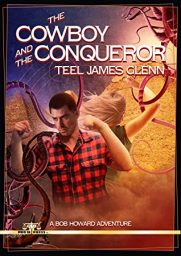 Cowboy in Carpathia, written by Teel James Glenn, last December, I liked the book and its plot of Robert E. Howard not killing himself and going off to travel the world and have exciting exploits. I expressed a desire that the author of the book, Teel James Glenn, would continue writing the adventures of Bob Howard.

Tolkien (Shoreless Seas and Stars Uncounted): Like the sunny banks and golden stream of the Middle Earth river in which Smeagol strangled his lucky friend for Sauron’s One Ring, The Hobbit is often misremembered as a bubbling, light-hearted tale, despite having borne many readers deep in dark territories, like Gollum’s insatiable cannibalism lurking in shadows, the insidious webs of hungry spiders and covetous elves in Mirkwood, or the vengeful greed of Thorin Oakenshield, which crashed headlong into the angry rapids of the Battle of Five Armies, halving his happy dwarven company.

RPG (Blog of Holding): Thinking about my recent post mentioning Fafhrd and the Grey Mouser, I remembered that F&M were statted up in Deities 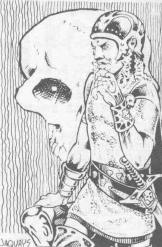 and Demigods. I looked them up – yep, they are both fighter-thieves. The entire Nehwon section of Deities and Demigods is pretty interesting. Last time I read it carefully was in high school, way before I read the Fritz Leiber stories, so it’s nice to see these stat blocks contextualized. I don’t even remember what I thought of Nehwon at the time – did I recognize that it was from modern fiction? or was I like “What kind of crazy, obscure world religion is this?” 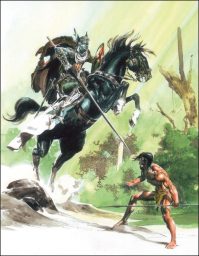 Comic Books (DMR Books): Neal Adams, one of the true living legends of comics art, died a week ago. I am very glad I got to express my admiration for his work last June, before he passed away. Too many of the greats sort of muddle through in obscurity in their later years without much attention from the fans they gave so much to. Thankfully, Neal was basically a rock star right up until his demise.

Fantasy (Isegoria): The man who provided the basic blueprint for the epic fantasy novel in such works as The Wood Beyond the World (1894), The House of the Wolfings (1889), The Roots of the Mountains (1890), or his masterpiece The Well at the World’s End (1896).

Games (Tenkars Tavern): I’ve been meaning to update the links (many

directed to the now-defunct web address RPGNow and those links had to be changed to DriveThroughRPG) to the various free RPGs and resources that I put together years ago, but it was – and still is – an intimidating task. Tonight I updated the Free OSR Fantasy Rulesets. I’ll be addressing the other categories in the coming weeks.

Fiction (Goodman Games): The Appendix N is a list of prolific authors of science fiction and fantasy. But Fletcher Pratt is not one of them, at least not in comparison to most of the authors on the list. He primarily wrote historical nonfiction about the Civil War, Napoleon, naval history, rockets, and World War II. So why is Fletcher Pratt listed in the Appendix N and why does he have the coveted “et al” listed after The Blue Star?

Science Fiction (Marzaat): “Hunter Patrol”, H. Beam Piper and John J. McGuire, 1959. Piper and McGuire wrote this, their last published collaboration, sometime in 1954 or earlier. Their friendship ended that year, and it wasn’t until the May 1959 issue of Amazing Science Fiction Stories it saw print. Significantly, it was the only story Piper didn’t list in his story log, but he did find McGuire’s new address to send him his share of the sale.

Fiction (Fantasy Literature): The novel that I recently experienced, 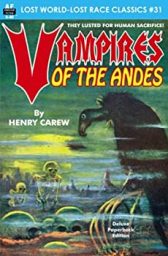 Vampires of the Andes. Now, with a title like that, one might automatically be led to assume that this would be a rather pulpy, empty-headed affair; a simply written story, perhaps concerning a gaggle of caped and transplanted Carpathian neck noshers, now residing in South America and sucking on the maidenly necks of the local senoritas.

on the covers of quite a few releases from DMR Books, including Tanith Lee’s The Empress of Dreams, Harry Piper’s The Great Die Slow, and most recently, the anthology Terra Incognita. With Terra Incognita out now, I thought it would be a good time to talk to Lauren about her artistic processes and influences.

Fiction (Interesting Literature): ‘The Mocking-Bird’ is an 1891 short story by the American author Ambrose Bierce, who is also remembered for his witty The Devil’s Dictionary and for his mysterious disappearance in around 1914. ‘The Mocking-Bird’ is a Civil War tale about a soldier who shoots a man while on sentry duty at night, and struggles to find the man’s body – only to make a shocking and grisly discovery the next day.

Conan (Tentaclii): Tentaclii has gone a bit quiet on Robert E. Howard and Conan et al. It’s not because I’ve lost interested, but because the material isn’t there to note. There seems to have been a lack of suitable items recently, other than the new cash-in comics and foreign translations and suchlike so ably tracked by Messages from Crom. 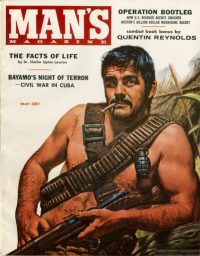 since I alerted Frontier Partisans across the globe to be on the lookout for the Nude Queen of the Communist Cannibals. Despite the turbulence the world has experienced since then, our vigilance remains undiminished. I said it then and I’ll say it again now: I do it for America. 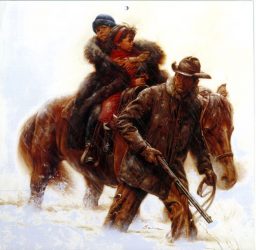 marking the passing of one of the true giants of Western Frontier Art. James Bama died in Wyoming last month at the age of 95.

Back in those formative years when I was first reading The Frontiersmen, and Mountain Man, The Big Sky and  Give Your Heart To The Hawks, I owned a copy of The Western Art of James Bama. I surely did stop a while and look.

RPG (Beyond Fomalhaut): This is kind of a long and convoluted story, but this is a good time and place to share it. The video below (audio in the Hungarian, captions in English) provides a good summary of how Wizards of the Coast screwed the small publisher responsible for D&D 5e’s Hungarian translation, and in turn our small but enthusiastic D&D fandom.

Firearms (World of Robert E. Howard): Introduced by Colt in 1900 and 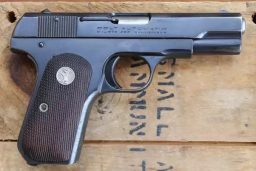 shortly thereafter followed by Browning, the .380 ACP, also called the 9mm Browning Short, is not a good choice for self-defense. The velocity of the bullet varied depending on the projectile (shape and frontal area), casing and load. It does not have great stopping power.