Cinema (Taste of Cinema): The experimentation and comparable restraint 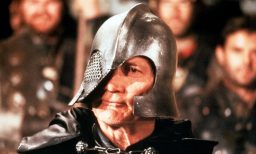 of the American New Wave had crested and crashed, flooding 80s cinema with cheap excess. What had been operatic overload with a point in Siegel, Kubrick and Lucas was now stagnant, murky in its message and rubbish strewn. Nothing demonstrated this better than the decade’s dubious love affair with Fantasy cinema. While post-millennium interest in the genre course-corrected with devout attempts to do Fantasy justice by staying true to text (as in the case of Tolkien-by-way-of-Jackson or even Thrones), 80s Fantasy cinema just soaked up the stinking floodwaters.

Ian Fleming (Unz.com): The late Sean Connery was a great movie star, but was he ideally cast as James Bond? The question that always ran through my mind watching Connery as Bond was “Why is this magnificent Scottish prole playing the quintessential English gentleman?” Especially because there are so many other actors who could play the English gentleman? These days, British actors tend to come from upscale backgrounds, but back in the time of Connery, Caine, O’Toole and the like, they were more working class.

Writing (Kairos): Hang out around science fiction authors long enough, and you get the sense that they’re all crazy. John Scalzi claims that Donald Trump and the weather conspired to give him writer’s block. Patrick Rothfuss and George R. R. Martin have cited similarly temperamental reasons for not finishing their popular series. The ancient Romans had a saying, Ars longa, vita brevis. Moderns take it to mean that life is short, but works of art last. 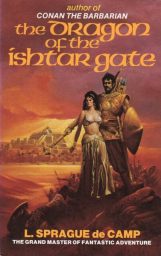 Shea is a thinly-veiled de Camp who visits various mythological/legendary locales–the Norse Ragnarok, for instance–and then goes around smirking at the silly yokels and spouting snarky one-liners. Also, trolls and frost-giants speak in 1930s Gangsterese. Shea is such a clever boy. Sound familiar? Later claims by Sprague and Cat de Camp that the Shea tales were, somehow, “early sword and sorcery” are just ludicrous. 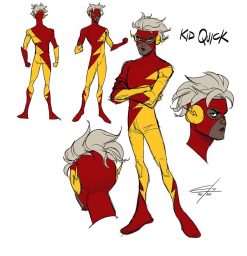 debut of a plethora of new heroes. One of the most exciting characters set to be introduced is the newest Flash, who will be a part of the future Justice League. The new, non-binary hero will debut in DC’s Very Merry Multiverse before joining the big leagues with the JL.

Firearms & James Bond (guns.com): He passed in his sleep at his home in the Bahamas at age 90 Saturday. Not a bad way to go. Along the way, he made some of the most iconic “gun guy” movies of the 20th Century. Of course, we are talking about Sir Thomas Sean Connery, the actor with nearly 100 on-screen credits going back to 1954, to include no less than seven spins behind the wheel as James Bond.

H. P. Lovecraft (Tentaculii): Did Lovecraft ever mention Halloween as a day of pranks? Well, he knew of its prankish traditions. In his Department of Public Criticism (January 1919) column he gives a few comments on the contents of The Brooklynite for November 1918…

Warhammer (Bell of Lost Souls): Today we turn the clock back over three 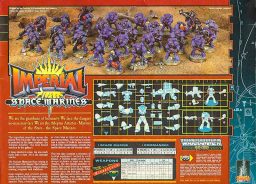 decades to some of the Grimdark’s original boxed sets. Let’s go way back to 1987 and take a stroll through some of the early boxed sets from the dawn of Warhammer 40,000. This won’t be an exhaustive tour, and some of these boxes are extremely difficult to find good images of. Still, it is always a wonderful thing to look back on the origins of many of your current armies. Some of us old-timers may even have some of these minis rocking on the tabletop – still dishing out the pain after 30 years of service to the Emperor!

Science Fiction (Tor.com): I first encountered Space Viking in the pages of Analog magazine, where it was serialized between November 1962 and February 1963. I didn’t read it when it first came out, but during the late 1960s, when I was in my early teens, I found a pile of Analog magazines in our basement that were different than the others. For a short time, Analog had been published in a larger format, the size of the ‘slick’ magazines like Life. I was drawn to these issues in particular, I think, because the large format allowed the art, which was always evocative and interesting, to shine.

Science Fiction (DMR Books): I first met Wollheim in person at the 1974 Kubla Khan in Nashville, TN. Ken Moore, the driving force behind that convention, was also an avid fan of Wollheim’s work, and he brought Don and Elsie to the convention, where they had a great time talking to fans. Susan and I had a lengthy conversation with Don about his publishing strategies with DAW Books, the authors he most enjoyed working with, his pivotal role in rekindling an interest in the fiction of Edgar Rice Burroughs, and–very briefly–the very complex JRR Tolkien Lord of the Rings publishing controversy. At that time, I told him that Susan and I were preparing our own SF review fanzine, and he told me to be sure to send him and Elsie a copy personally once we published the first issue.

Tolkien (Notion Club Papers): When Frodo was fleeing the Nine Black Riders and had crossed the Ford of Bruinen onto the Rivendell bank – with The Nine still on the opposite bank – there is a scene when Frodo draws his sword and shouts defiance (rather feebly). But the Witch King merely gloats, raises his hand, casts a spell, and the sword breaks in Frodo’s hand. This broken sword is one of four apparently identical weapons that Tom Bombadil gave the hobbits from the treasure horde accumulated by the Barrow Wight; after Tom had broken-open the barrow. 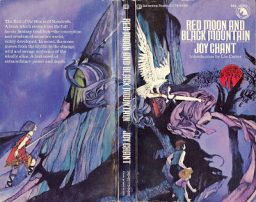 Tolkien a proof copy of a book he was to publish in the fall. Unwin suggested similarities between the book and The Lord of the Rings, and hoped that Tolkien would enjoy it, adding:  “If you do may I unashamedly ask that you tell me so in precisely one sentence and to allow us to use your commendation to help the book along?”  Tolkien apparently mislaid the proof and the letter, for six weeks later Unwin’s secretary sent Tolkien a second copy of the book.  But after Tolkien’s death, the original proof and letter turned up and were sold as part of Tolkien’s library.

Fiction (Wade Center Blog): The only thing better than reading C.S. Lewis’s novels would be listening to Lewis himself read from his novels. It is now possible to hear Lewis reading from both Perelandra (1943) and That Hideous Strength (1945). Additionally, Lewis fans can listen to him reading the famous opening section of Chaucer’s Canterbury Tales in resonant Middle English. The Marion E. Wade Center, in partnership with the Rabbit Room, is releasing all three segments of “The Lost Lewis Tapes” to the public.

Appendix N (Goodman Games): The Beastmaster Class: Perhaps your true origins were hidden and you were birthed from the belly of a beast or

hatched from an egg. None-the-less, this traumatic event has awakened something inside you and now you feel a deep companionship with all animals and beasts, drawing strength from nature herself. The Beastmaster is a friend to animals and a cunning enemy to those who would wreck chaos on the land. To become a Beastmaster, a 0-level PC must have interacted with an animal during the Funnel Adventure. Any successful attempts at Animal Empathy will grant the PC their awakening.

Fiction (Pulp Net): I was sadden to learn that Clive Cussler (1931-2020) passed away earlier this year. It was because of him that I got into the 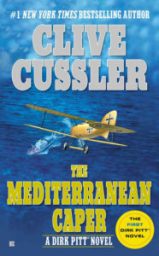 “techno thriller” field, and from that led me to a lot of other authors. Many of these I have read and reviewed here. I wonder how this will affect future “Cussler” works? I’ve not seen any sort of announcement, but as all his recent books have been with co-authors (though I wonder if most are writing them more or less by themselves).

D&D (Monsters & Manuals): We need long campaigns. We need to sit down with the same group of people on a regular basis over the course of years, telling the kind of stories which require concentration and thought and, above all, loyalty; stories which gain their own momentum through peaks and troughs, ebbs and flows, ups and downs and ins and outs; stories in which the events which happen matter because they have a context and a background and an unknown future waiting to be discovered. We don’t need the inconsequential frippery of the one-shot; we need time.

Masculinity (Art of Manliness): The popular conception of testosterone is that it makes men aggressive and domineering jerks. This is probably because of the association between testosterone, steroids, and “roid rage.” But the anger and aggression that can be caused by steroid use isn’t usually due to an overabundance of T, but too little of it. The use of artificial testosterone can lead to a drop in the production of natural testosterone, so that if a user misses a dose, he can’t make his own. The low T levels that result are what can cause men to lash out; remember, it’s low T men who are most prone to showy displays of aggression.

Fiction (Science Fiction & Fantasy): Menace of the Machine: The Rise of AI in Classic Science Fiction, edited by Mike Ashley. Yet another of the educational anthologies in the Science Fiction Classics series published by the British Library, this one concerned with a subject which is currently topical in real life: the potential threat posed by the development of artificial intelligence (AI). As usual in this series, there is a long introduction by the editor, supplemented by biographical notes on the authors at the start of each story. 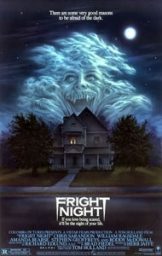 demeaned, abused and snubbed by the elders of the film industry. Yet almost all of the major film makers started out in it.  The only genre that has produced more mainstream directors is no shit porn and I am not kidding about that. Rather than do some best of all time horror movies list  I will just concentrate on the 1980s. The Eighties represent a unique period in the genre.  You can’t mistake those films for anything else. For one thing, there was money on the table.  That hasn’t always been the case although at the very start it was.

another King Arthur adaptation, and it seems like they just keep getting worse, because this is one of the most grandly, flagrantly bad versions I have ever seen. Oh, I am sure there have been worse ones, since the Arthurian legends have been done so many times, but how often does a movie studio decide to launch $175+ million at a project so completely misguided? A movie where every narrative decision prompts another chorus of what were they thinking?

History (Marzaat): There’s no shortage of theories of why the Roman 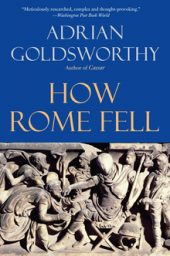 Empire, or, to be more exact, the western Roman Empire, fell. Goldsworthy and Kyle present two from completely different spheres, the political and biological, and they argue their cases well and clearly. Goldsworthy blames the fall on the fact that more Roman soldiers died at the hands of other Roman soldiers than from barbarians and Persians. Harper says the Roman Empire reached its peak in freakishly good times in the Mediterranean. When the climate cooled, famine and disease epidemics, enabled by the empire’s trade networks, wrought havoc.

Fiction (DMR Books): During the month of October, I make it a point to read horror literature. This year I read Best Ghost Stories of Algernon 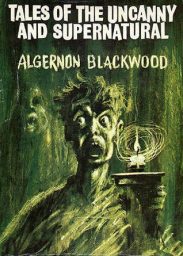 Blackwood. Deuce Richardson wrote a good piece about him for this blog a while back. As the quote above shows, H. P. Lovecraft thought highly of his work. In fact Lovecraft considered him one of the four masters of the weird tale with M. R. James, Arthur Machen, and Lord Dunsany.