Fiction (Gardnerfrancisfox.com): This is the first volume collected and illustrated by Kurt Brugel. The short stories collected in the volume are from Mr. 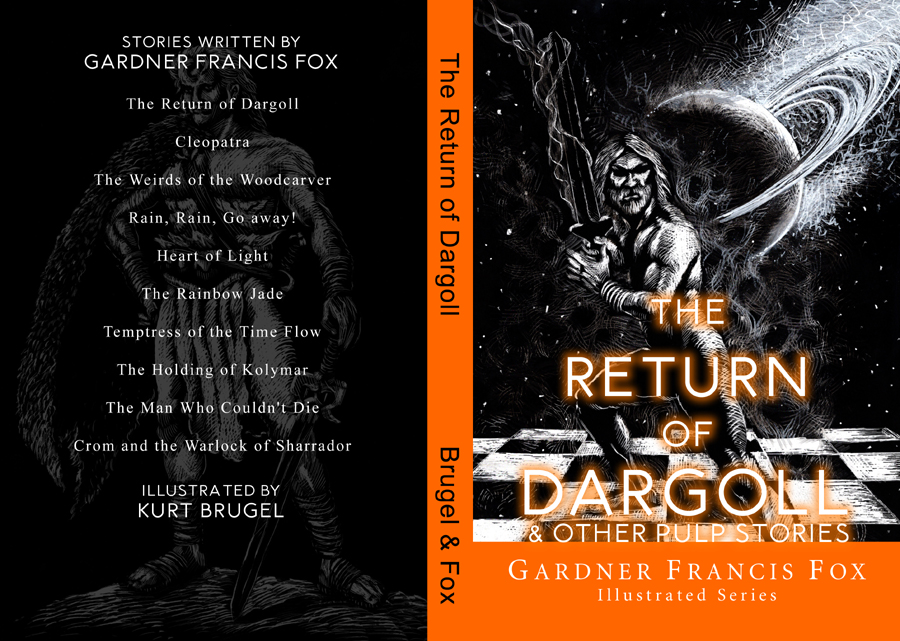 Fox’s earliest (1944) to his last story published (1982). There are all types of stories being told. They range from 2 spooky/creepy (The Weirds of the Woodcarver and Rain, Rain, Go away!), 3 sword & sorcery (The Return of Dargoll, The Holding of Kolymar, and Crom and the Warlock of Sharrador), 4 cosmic adventures (Heart of Light, The Rainbow Jade, Temptress of the Time Flow and The Man Who Couldn’t Die) and 1 history lesson (Cleopatra).

Cinema (Eldritch Paths): Hard Boiled and the Rule of Cool

I’ve been noticing a trend toward “realism” recently. I see this a lot in fantasy circles where many demand “realism” in their fantasy or complain about the lack thereof. I never understood this. If I wanted realism, I’d just go outside.

Now, I’m not necessarily against realistic fiction. I’ve read classic British novelists like George Eliot and Thomas Hardy. They’re great authors, and I thoroughly enjoyed them. I’m against the idea that “realistic” fiction is somehow intrinsically better than non-realistic fiction. 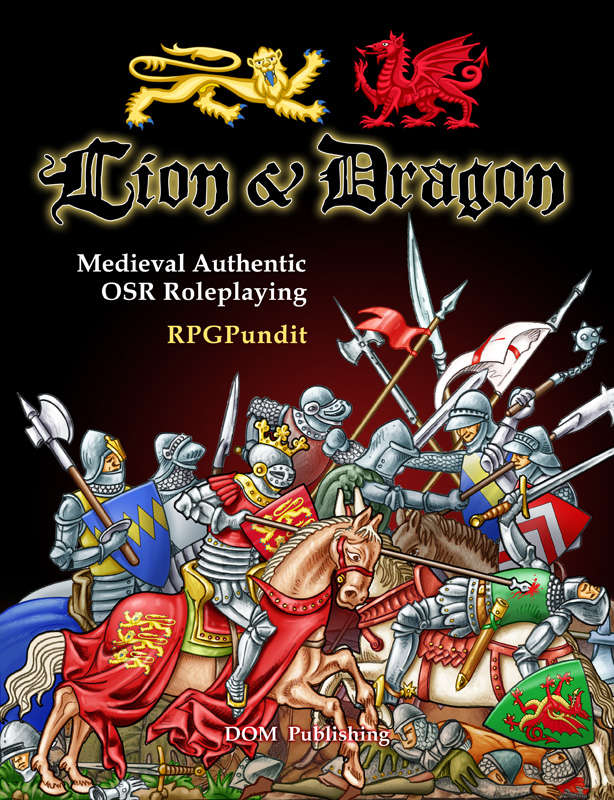 RPG (RPG Pundit): I think that after a few hundred years to consider, it might still be too soon to tell, but it’s starting to look to me like the invention of the modern novel was, in the final balance, a big mistake.
And it’s hilarious to see articles being published (like this one here) suggesting that somehow modern literature is better because in pre-modern literature heroes just went and did stuff, and you didn’t get a lot of information by the author (like you would in a novel) explaining what they were feeling or how their inner monologue was going or what their motivation was.

Fiction (Wasteland and Sky): Welcome to the third part of this mini-series covering volume 27 of the Pan Book of Horror Stories. In the first part we covered a set of odd shorts that were vaguely horror-ish but more in the vein of satire (at least, I hope so), and in the second part we went over three stories that each had their own weaknesses. Halfway through this book and I’ve started to question just how this once vaunted series had fallen so far. I keep hoping the back half will improve in quality.

Most of Schmitz’s work is set in the Hub.  While there are a variety of characters, the two principle recurring characters are Telzey Amberdon, a young woman with psi powers who tends to find herself in a jam on a regular basis, and Trigger Argee, an agent for the government.

Art (Tellers of Weird Tales): Boris Dolgov did not exist. The man who bore that name may have existed, but there never was a man in the United States with that name until 1956, too late forWeird Tales. At least that’s what public records say. Search for Boris Dolgov or Dolgoff or Dolgova or Dolkoff or any other permutation you can think of and you’re likely to come up empty . . . except for a Russian-American farmer who now lies buried in a Jewish cemetery in Washington State.

Fiction (Locus Magazine): Does any genre of fiction ever actually become extinct? And if a genre does go extinct, does that mean that its subject

matter, its core material and reason for existing, has no relevance or holds no interest any longer for a contemporary audience?

Most long-time readers can adduce a few genres that, if not extinct, have decidedly gone out of fashion. Westerns once seemed on the verge of disappearing entirely, but while they are certainly not produced in the vast numbers of yore, they do persist at some level. What about “nurse novels?” Fiction about the medical profession continues, and such novels might include nurses.

RPG (Black Gate): It’s been awhile, and not because there’s been any shortage of Norse-themed role playing games! In this time, we’ve had the

derivative Dragon Heresy, a d6 system called Vikingr, older campaign settings such as Hellfrost and systems such as Trudvang

Chronicles, and many others. Our topic on this Odin’s Day, however, is the latest of these: Sagas of Midgard.

Honestly, I had kind of retired from investment in Viking-age rpgs. My home game hasn’t involved the Norse-specific setting for more than a year, my pocketbook doesn’t drip nine golden rings as Odin’s Draupnir does, and there isn’t much utility in owning much more, since I doubt I’d be able to wrest my gamers from my tabletop version of Fourth Age Middle-earth anytime soon.

Fiction (James Reasoner): I always try to read some horror fiction for the Forgotten Books post closest to Halloween, and this year it’s THE MANITOU,

the debut novel from prolific horror, mystery, and historical novelist Graham Masterton. This book was published in 1976 and was very successful, selling enough copies that they turned up in used bookstore overstock well into the Eighties. When I owned a used bookstore during the era, I always had multiple copies on my shelves. I never got around to reading it until now, though. (There’s also a movie adaptation from 1978 that I’ve never seen.)

Fiction (Woelf Dietrich): Last week I blogged about accepting the Pre-Tolkien Challenge. You can read that post here. Other blogs taking part in the

I grew up reading Conan stories. 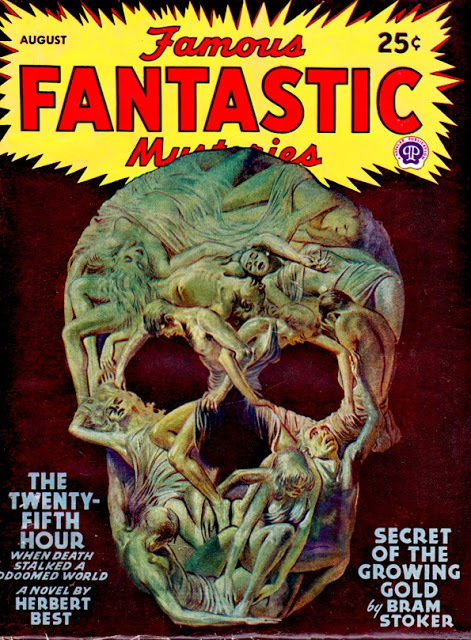 Fiction (Grave Tapping): A three-man strike force accustomed to rescuing prisoners of war in the jungles of Vietnam is stateside on a rogue mission in

Los Angeles. Mark Stone, known as the MIA Hunter, is asked by an old war buddy, now a deputy chief with LAPD, to help rescue Rick Chavez from a Colombian drug cartel. Chavez is a Pulitzer award winning journalist who has been writing a series of hard and insightful articles about the drug trade in L. A. The articles have enough detail that the LAPD and the drug gangs—Crips, Bloods and their Colombian suppliers—want to know where his information is coming from.

Fiction (Frontier Partisans): Thanks to a tip from Italian Front scout Davide Mana, I picked up the first Dark Horse Conan Omnibus for $2 on Monday. 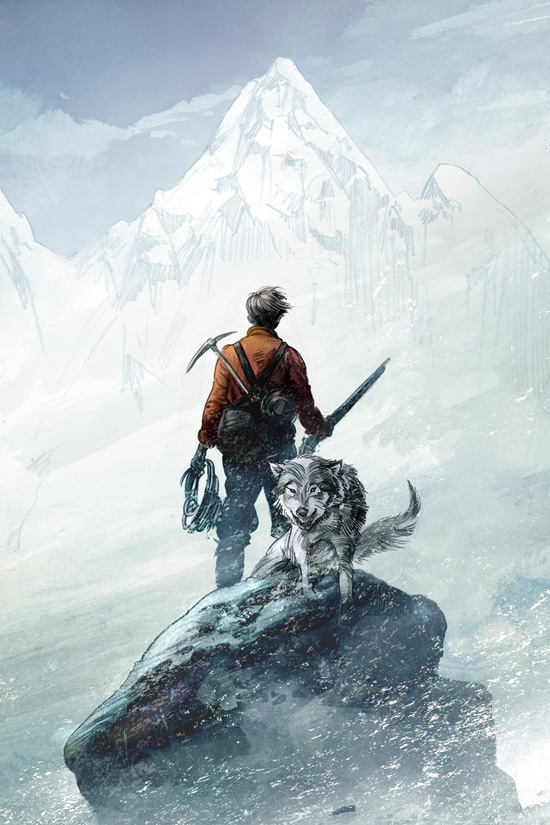 The first story is Born on a Battlefield, depicting the Cimmerian’s youth. The art is by Greg Ruth and I like it very much.

Ruth also illustrated the Ethan Hawke Apache Wars graphic novel, Indeh, which was a disappointment — but not because of the art. I liked that very much, too.

So, I started scouting out the interwebs for more of Ruth’s work and stumbled upon an intriguing trail. Ruth illustrated a series of YA novels titled The Secret Journeys of Jack London. How can I resist a tale of Jack London that involves the Wendigo? It’s on it’s way up from the Bend Library…

I started writing posts about her on this blog before I met her several years ago, when I learned that she was a favorite model of Al Rossi and Norm 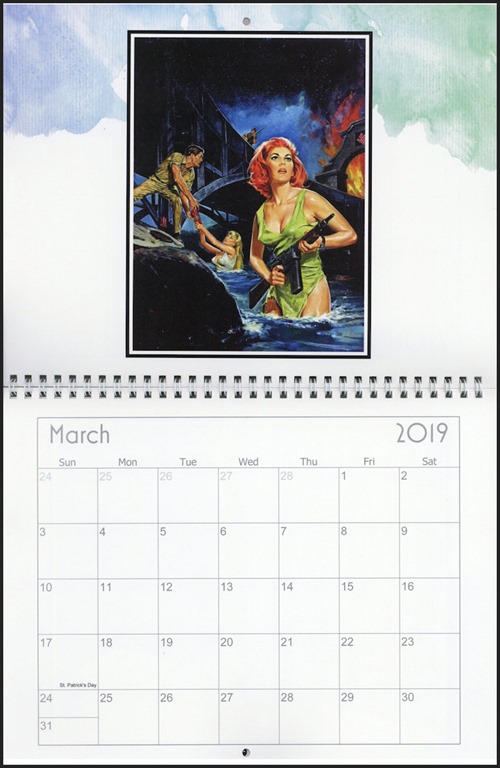 Eastman, two of the great artists who did illustration art for the men’s adventure magazines I collect and focus on here.

In this post, I’m happy to announce the Authorized 2019 Eva Lynd Calendar is now available.