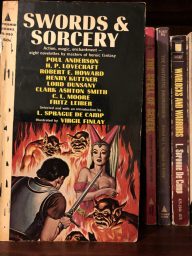 his four-volume series that spanned seven years. His introduction — an early sample of the short essay he’d return to with variations on the theme often enough — is a decent explication concerning what heroic fantasy consists of. (I found myself nodding in agreement at a portion of his opinion of William Morris.) With a promising introduction and a list of authors printed on the cover, I”m ready to dive in. But let me first make note of the gorgeous Virgil Finlay illustrations.

Conventions (Monster Hunter Nation): Dear WorldCon, You are cowards. Several years ago, because some of you were angry at me for getting a bunch of people you don’t like award nominations, us lowly deplorable outsiders with the incorrect kind of politics, you treated my publisher, Toni Weisskopf, like garbage. Years later, after you thought the controversy had safely died off, you felt bad about how you acted and tried to make amends. You invited her to be the Guest of Honor. Only you have no concept of honor. And you screwed her over again.

Fiction (Walker’s Retreat): If you ever had cause to ask “What would the Fake Right version of John Scalzi look like?” then come see your answer: Ben Shapiru (sic) did it. I hope that Benny-boy wrote this himself, rather than use a ghost-writer, because this is some cringy shit that throws off Gamma Male flags like they’re in a Category 5 hurricane.

Tolkien (Jeremy W. Johnston): n August 2020, H&E Publishing commissioned me to write a short, accessible, spiritual biography of the Maker of Middle Earth. This is a daunting task but also an incredible honour. Since August, I have been immersing myself in all things Tolkien. I have also been writing as often as I can spare the time. In a Tolkien-saturated literary landscape, some have asked me why I’m writing another biography on J.R.R. Tolkien. My aim for the book is to explore his life through the lens of his Christian faith. All of Tolkien’s biographies touch on his Christian faith—some to a lesser degree and some to a greater degree.

Art (Heavy Metal): It’s only a slight exaggeration to say that artist David A. 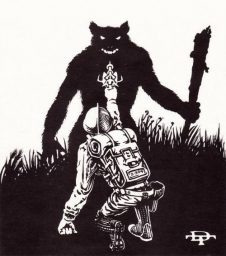 Trampier made the underground phenomenon of Dungeons & Dragons viable in the mainstream. In its original form, D&D was a game outlined in some very underwhelming booklets — fine for the hobbyist market that embraced the game but lacking in style. When TSR decided to go next-level with D&D, beginning in 1977, the company released a series of hardcover books. Among these was the Player’s Handbook, which featured a cover painting of a statue of a fat horned deity holding a bowl of fire.

rack pretty regularly for months at that point, picking up Hard Case Crime novels with McGinnis and Orbik covers. This time, I hit the frikkin’ jackpot. There on the spinner rack was a copy of Tim Willocks’ The Religion for a dollar. Having heard good things–sometimes almost unbelievably positive things–from various people about Willocks’ novel, I decided I couldn’t lose at that price. Buying The Religion was easily one of the best dollars I ever spent.

Games (Comic Book Catacombs): Baldur’s Gate 3 is the third main game in the Baldur’s Gate series, itself based upon the Dungeons & Dragons tabletop role-playing system. Developed by Larian Studios, BG3 has been available in early access for willing gamers since October of 2020. For those that enjoy roleplaying games, the good news is that the game is a lot of fun, although given it is early access content, the game is not finished and is a work in progress for eventual release. You can play the game on Steam, Gog and Stadia (my format). Heaven help you with the latter as there is no support or encouragement offered for those foolish enough to sample the game on Stadia with a Stadia controller.

Art (Galaxy Warriors by Sungold): The most apparent influence for Galaxy 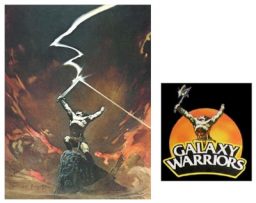 Warriors (GW) is the Masters of the Universe (MOTU) toy-line produced by Mattel. MOTU can be accurately described as the “economic inspiration” that made Sungold actually produce an action figure line. Sungold wanted to “cash-in” on MOTU’s huge profits by making similar muscular figures with the same scale and look of He-man and other MOTU figures. Sungold hoped that by copying the appearance of MOTU figures, consumers would purchase and use the cheaper Galaxy Warriors alongside their “real” MOTU figures. 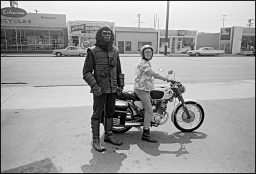 D&D (Grognardia): Today’s post focuses on a section entitled “Spell Casting” found on page 40. In it, Gygax explains how spells work in AD&D and it’s good reading, if only for the insight it gives into how one of D&D’s creators saw the “mechanics” of spell casting. Gygax begins by noting that:

All magic and cleric spells are similar in that the word sounds, when combined into whatever patterns are applicable, are charged with energy from the Positive or Negative Material Plane.

Science Fiction (These Fantastic Worlds): Poul Anderson is a seriously 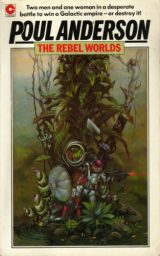 under-rated sf writer. If you want aliens, spaceships, intergalactic adventures, then he’s your man. He wrote a great deal of fantasy (including a pretty decent Conan the Rebel story in 1980), having been born in 1926 just as the Golden Age of pulp magazines began to influence a generations of school kids. He wrote dozens of enthralling short stories, novels and novellas, was wreathed in awards (7 Hugos, 3 Nebulas, 4 Prometheus) and honoured by his peers as a friend and influence: Heinlein, Bradbury, Campbell and many others. 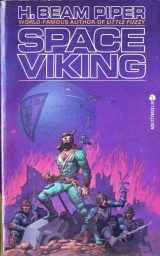 a Science Fiction novel. In two words it seizes the imagination with a bold image. Every literate person knows what Vikings are: pirates, mercenaries, explorers, settlers, and conquerors. The Viking era gave Western literature many of its best larger-than-life characters. Beowulf, Sigurd and Brunhild in their many guises, Ragnar Hairy-breeks, Hrolf Kraki, and Amleð, better known as Hamlet, have inspired writers as varied as Tolkien, Poul Anderson, Wagner, and Shakespeare.

Science Fiction (Isegoria): Our Slovenian guest recently suggested that I 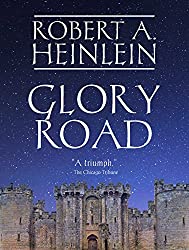 take a look at the traditional German sword-fighting art called Mensur, which reminded me that I’ve discussed Germany’s odd fencing fraternities before, but I didn’t mention where I’d first heard of their unusual style of fencing, in Robert Heinlein’s Glory Road, his not-quite-fantasy novel, where the protagonist, fresh from fighting in Southeast Asia, comes home with a scar across his nose — “little brown brother hadn’t sterilized his bolo” — and the surgeon says, “You’re going to get well, son.

Fiction (Fantasy Literature): One writer who I had never previously 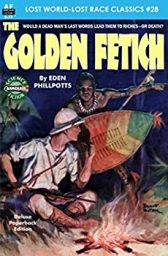 experienced, another Englishman with the curious name Eden Phillpotts, has recently impressed me, however, by how nicely he managed to pastiche Haggard’s inimitable style. The book in question is Phillpotts’ The Golden Fetich, which was originally released as a Dodd, Mead & Co. hardcover in 1903. The novel is one that I probably would never have heard of, were it not for Armchair Fiction’s ongoing series of semiobscure titles in its Lost World/Lost Race series, of which this one, released in Autumn 2020, is # 28.

New (Pulp Fiction Reviews): Which brings us to the grand team-up 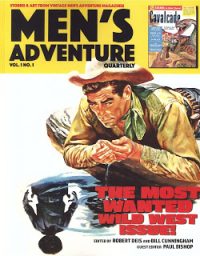 responsible for “Men Adventure Quarterly.” Bill Cunningham, with his background in comics and science fiction, is a brilliant book designer. His sense of composition and use of reproduced art is masterful as is evident on every single page of this colorful periodical. Then we have Robert Deis providing him with the content he is an expert of; the art and stories of the MAMS (Men’s Adventure Magazines). In the past few years, Deis, with the aid of publisher Wyatt Doyle, has re-energized the scholarly interest in those garish “sweat” mags and in doing so proven their legitimate claim as the heirs to the classic pulps of the 30s and 40s.

Fiction (Western Fictioneers): Survivors Will Be Shot Again by Bill Crider. I 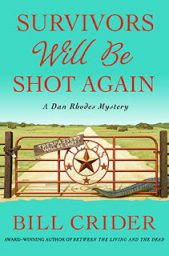 think most Western fans will enjoy the modern Sheriff Dan Rhodes mystery stories if they aren’t already acquainted. This is one of my favorite books in the series, and a review of mine that originally appeared at Macmillan’s Criminal Element. Since Too Late to Die (1986), I’ve been routinely traveling to the fictional town of Clearview in Blacklin County, Texas to spend a few reading hours with the amiable Sheriff Dan Rhodes. 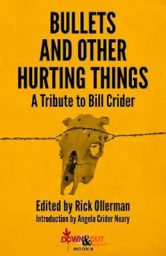 Crime Fiction (Digital Bibliophilia): When it comes to forensic investigation 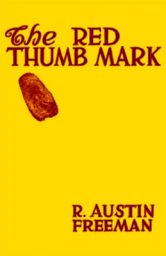 there is one literary character that stands head and shoulders above all others. The undisputed original template for television shows such as Bones, Waking the Dead and Crime Scene Investigation, with all of its spin-offs, CSI: Miami/Vegas/etc. The character is Dr. John Thorndyke, created by English writer Richard Austin Freeman in the early years of the twentieth century.

T.V. (Jon Mollison): The much maligned second season of True Detective (SPOILER ALERT) makes for better watching than you’ve probably heard.  The critics and the masses loved the first season and demanded more of the same, but different.  They got it, and complained heavily about a sophomore slump.  While it is true that this season isn’t as good as the first, it remains a gripping watch for those with the eyes to see. 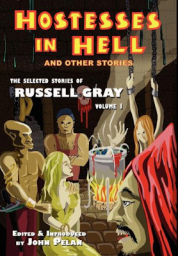 “Russell Gray” began churning out ultra-violent and repulsive horror stories for pulp magazines including Terror Tales, Sinister Stories, and Dime Mystery Magazine. These stories were like nothing America had ever seen before, and a modern reprint publisher called Ramble House has compiled two volumes of Gray’s stories for modern readers to experience.

History (Weapons & Warfare): The epic battle for control of the Strait of 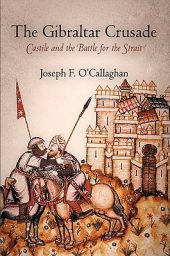 Gibraltar waged by Castile, Morocco, and Granada in the late thirteenth and early fourteenth centuries is a major, but often overlooked, chapter in the history of the Christian reconquest of Spain. After the Castilian conquest of Seville in 1248 and the submission of the Muslim kingdom of Granada as a vassal state, the Moors no longer loomed as a threat and the reconquest seemed to be over. Still, in the following century, the Castilian kings, prompted by ideology and strategy, attempted to dominate the Strait.

RPG (Goblin Punch): I don’t think I need to defend the idea that it is cool to fight a horde of enemies.  Orcs, hellhounds, traitor knights, vampire wolves. . . they’re all cool. They’re also intimidating in a way that a dragon is not.  Normally, in the boss fight encounters against a singular foe, the players have two advantages: They get more actions than the dragon.  The dragon might unluckily fail an important save. When the PCs are badly outnumbered, these advantages turn into disadvantages, the danger of which isn’t lost on the PCs. 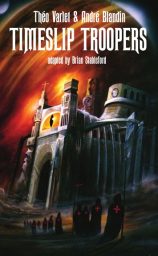 of a group of poilu defending on a small French village, he finds out that the officers have a very well-stocked wine cellar. But the Englishman who left it – he was shot as a German spy — also left behind a time machine and his journal. While the tone of the book is closer to Mark Twain’s A Connecticut Yankee in King Arthur’s Court, it is explicitly a sequel to H. G. Wells’ The Time Machine since that Englishman is Well’s time traveler.

Cinema (Mystery File): At the heart of Journey to the Center of the Earth is a sense of childhood wonder. It’s a film that works best for those with a

passion for exploration and a ripe imagination. After all, for a movie based on a Jules Verne work to be effective, it must stimulate those parts of the brain responsible for one’s imaginative faculties. One also has to suspend disbelief. Of course, there are no giant lizard creatures lurking about in the center of the planet. But imagine if only there were!