Fiction (DMR Books): If it’s going to succeed in the 21st century sword-and- 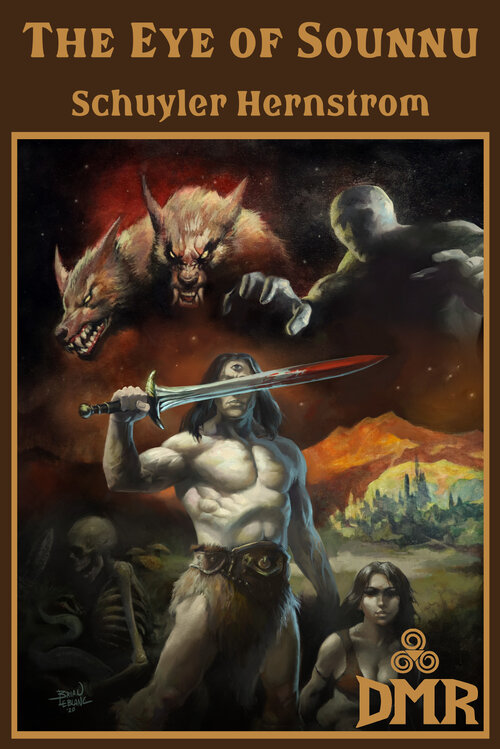 sorcery needs writers that know and respect its forms, classic authors, and traditions, but are unafraid to take these elements and create something new. In short, it needs writers that deliver what we know and love about sword-and-sorcery while breaking a few rules along the way in the service of their art. Enter The Eye of Sounnu. This entertaining collection by DMR Books (2020) should herald a coming out party for author Schuyler Hernstrom.

Tales From the Magician’s Skull is a printed fantasy magazine dedicated to presenting all-new sword-and-sorcery fiction by the finest modern crafters in the genre. These stories are the real thing, crammed with sword-swinging action, dark sorceries, dread, and ferocious monsters—and they hurtle forward at a headlong pace. 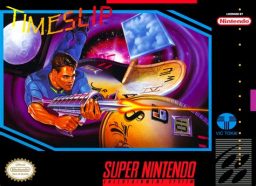 Popular Culture (Kairos): The point is, Homestar Runner made its bones by lampooning 70s, 80s, and 90s pop culture. The site followed the adventures of a weird gang of muppets living in a time warp where 8 track tapes, the Commodore 64, and Saturday morning cartoons were contemporaneous with emo bands and dead-end call center jobs. The creators’ nostalgia fueled the whole enterprise, and new content became fewer and farther between as real life forced them to contemporize.

Pulp (Pulp Net): After too long (two years), we finally get another issue of 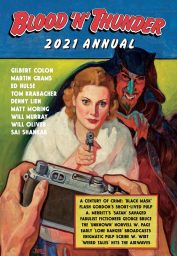 Blood ‘n’ Thunder, this time as the Blood ‘n’ Thunder 2021 Annual. It clocks in at 260 pages of articles, fiction reprints, and more on pulp, vintage movies, and old-time radio. This came out to coincide with Pulpfest 2021. I was recently bemoaning the fact we hadn’t seen a new issue in awhile. The editorial explains what happened, as well as provides introductions to the authors and their works. As always, this is an excellent issue.

Cinema (Scariest Things): It is wholly appropriate that The Whisperer in the Darkness is an adaptation of an H.P. Lovecraft story. As in Love + Craft. It is a lovingly and well-crafted period piece creation of Cosmic horror. Not only does the film take the look of the era when the story was written, but it also captures the film noir aesthetic in glorious shadowy black and white. If you like Cthulhu and cold walks in the rain, this is a movie for you!

Gaming (Eurogamer): When it originally launched in 2001, Severance: Blade of Darkness was known as the game in which you could beat enemies to death with their own limbs. But this grisly little factoid isn’t actually true. You can beat enemies to death with other enemies’ limbs, which if anything is more depraved, but the idea you can lop a goblin’s arm off and then cave in their skull with the bloody end is a myth.

RPG (R’lyeh Reviews): The Colour Beyond Time: A Medieval Mythos 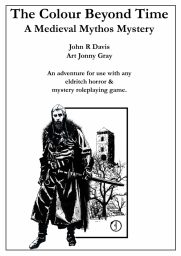 Mystery is scenario written by John R. Davis, the author of The Jack Hack. It is a medieval mystery adventure with Lovecraftian flavour that describes itself as “An adventure for use with any eldritch horror & mystery roleplaying game.”, essentially a plot without a system. What this means is that the GM can use the system of his choice to run the scenario, be it Call of Cthulhu, Seventh Edition, Savage Worlds, Maelstrom Domesday, or Cryptworld, so long as the system has a means of handling mental shock and instability. 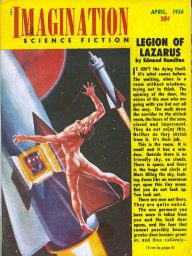 science fiction since reading his Starwolf novels in the Sixties, followed by the paperback reprints of some of his Captain Future pulp novels. Actually, I’d read and enjoyed some of Hamilton’s work before that—his Superman stories published in the comic books—but I didn’t know that at the time. Over the decades since, I’ve read many of his novels and stories in various anthologies, including the highly recommended Del Rey collection THE BEST OF EDMOND HAMILTON, edited by Hamilton’s wife, writer Leigh Brackett. 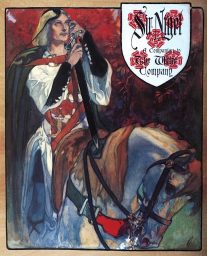 Art (DMR Books): Just as his Doyle commissions were winding down, Coll began illustrating the Fu Manchu tales of Sax Rohmer. If anything, JCC’s work on the Devil Doctor stories is considered even more definitive than his Doyle art. This was Coll in his prime. During this period, Coll was also tapped to do the cover and illos for Talbot Mundy’s King — of the Khyber Rifles. Once again, those are considered the definitive art for that novel by Mundy fans. 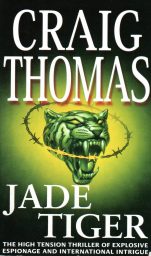 published in 1982 and subsequently reprinted at least thirteen times; my edition is dated 2000. (I’m gradually catching up on my backlog of ‘to-be-read’ books!) He was a very popular author in the 1980s and 1990s. 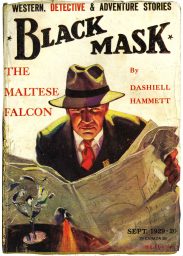 magazines, there are a small number. One of those that is celebrating its 100th anniversary in 2021 is Black Mask, best known as a top-tier pulp for detective stories, especially the hard-boiled detective. It lasted from 1920 to 1951, and like other pulps, had its good times and bad.

It was launched by literary critic H.L. Menchen as a means to pay off the costs for his literary magazine, The Smart Set, which it did. After eight issues, he sold it to its publishers, Pro-Distributors Publishing. 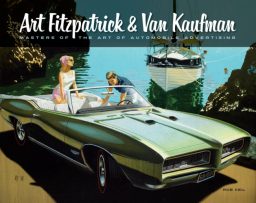 This is the definitive book about the greatest artists in automobile advertising history. Produced in cooperation with the estates of Art Fitzpatrick and Van Kaufman, this 200-page hardcover volume includes 196 illustrations, with many images newly-photographed from the original artwork.

Cinema (Arkhaven Comics): Ford Versus Ferrari really speaks to me.  It was

a fantastic film.  They did everything right, and everyone did their level best to bring their A-Game.

For those who have never watched Top Gear or who just don’t like cars. Ford versus Ferrari is about the legendary grudge match between the David and Goliath of 1960s motor racing. Enzo Ferrari and Henry Ford II (grandson of Henry Ford).

Enzo Ferrari absolutely felt the bone-deep drive to come in First.  He was a professional racer himself with a record of eleven wins in forty-one races.

Cinema (Talking Pulp): “By the authority vested in me by Kaiser William 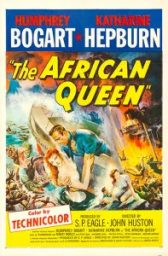 the Second I pronounce you man and wife. Proceed with the execution.” – Captain of Louisa

Seeing two absolute legends like Humphrey Bogart and Katharine Hepburn come together in a motion picture is a pretty special occasion, if handled and managed correctly. Being that this was directed by another legend, John Huston, the task was achieved and what we got was one hell of a film. This is a mix of really emotional drama, romance, war and adventure. 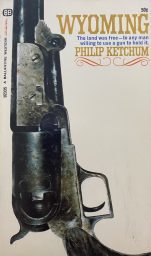 top pulp contributor throughout the 1930s and 1940s. Using the pseudonym Carl McK Saunders, Ketchum authored over 100 hard-boiled stories featuring Captain John Murdock, a detective destroying crime rings in fictitious Central City. In the late 1930s, his 12 installment fantasy series Bretwalda was featured in the pages of Argosy. In the late 1940s, Ketchum made the transition to full-length fiction and turned to the western genre.

Fiction (Benespen): “With the Night Mail” is a short story by Rudyard Kipling [Amazon link] originally published in 1905, and then edited and expanded into the 1909 version reviewed here. It is in a way just barely a story, a telling of an eventful airship crossing of the Atlantic in the midst of a storm, as the mail must go through! It is pretty clearly a way for Kipling to explore ideas, as a fair bit of the dialogue is generated during a tour of the airship’s engine room. I wouldn’t expect any less from the man who wrote a poem about industrial machinery. 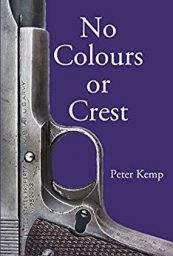 Kemp’s autobiography, Mine Were of Trouble, a worthwhile look at the Spanish Civil War, especially since it was from the rare perspective of the Nationalist side. However, this blog is now more focused in the type of books it covers, so I didn’t review it.

This, the second installment, falls more within the penumbra of espionage history category.

History (Arkhaven Comics): Cleopatra VII would make for an intriguing Nationalist heroine today.  Her entire life was spent fighting for her country’s nationhood. It was a fight she lost but she gave it literally everything she had.

The last native Egyptian dynasty ended when Psamtik III was defeated in the Persian invasion.  He was carried off in chains and later “committed suicide.” His sons were executed and much more importantly, so far as the Egyptian religion was concerned, his daughters were taken away as slaves and their sacred bloodline was polluted. In theory, the matrilineal descent went back thousands of years all the way to gods Osiris and his son Horus. 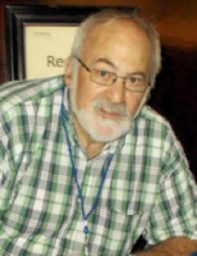 away on October 6 of pneumonia. He is survived by his wife Patricia, his mother, and a brother and sister. Born in Massachusetts, Lou loved Texas and considered himself to be a Texan. Lou was mainly a short fiction writer, although he also published on novel (Another Girl, Another Planet) and a memoir/short fiction collection/writing advice (Letters From Gardner: A Writer’s Odyssey).

Warhammer (Tenkar’s Tavern): Alright, let me state this straight out of the box. The moment I went to the Humble Bundle Page and saw 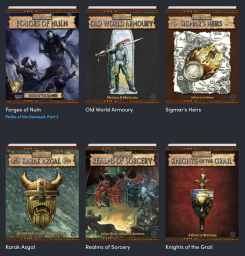 Warhammer Fantasy Roleplay was one of the bundles I bought in for 30 bucks without waiting. Yes, I have WFRP 1e, 2e, 2e, and 4e. This gives me all but the aberration of 3e as core rules in PDF and so, so, so much more.  Have you played Warhammer Fantasy Roleplay in the past? Then you know you want this. Never played it? Then you need this. Playing WFRP 4e? You can get the Core Rules, the Starter Box and so much more. Really. I can’t say enough. So I’ll stop right here 😉

Tolkien (Sacnoth’s Scriptorium): First of all, I’d like to point out that Tolkien didn’t have an editor on LotR. As a result, he had control of the text to an extraordinary degree, even over minutia like the spelling of dwarves. His argument here was with the typesetters at the printer, not with his publisher. Nor was FELLOWSHIP rejected by an editor: this mis-statement is a mash-up of the complicated maneuverings* whereby Tolkien essentially engineered Allen & Unwin’s withdrawal in order that he could to submit it to Collins instead — who promptly dropped the ball, leading Tolkien to go back to Allen & Unwin instead.

Halloween (Tachyon Signal): Let’s start with the words etymology.  The word was first seen around the year 1745 and is, in fact of Christian origin.  The word literally means “hallowed evening” or “holy evening”.   So how did All Hallows Eve become Halloween?  This comes from Scotland.  In Scots, the word “eve” is “even” and is contracted to “e’en” or “een”.  Henceforth All Hallows Even…..Halloween, or Holy Evening. Now that we’ve established that we are in fact looking into the evolution of a CHRISTIAN HOLY HOLIDAY, let’s dig a bit deeper, shall we? Halloween is celebrated in a good many countries on October 31st.