Comic Books (Post Cards from the Age of Reason): How do we get comics get into our hands? These are a few brief opening thoughts on comic book distribution. I will return to the topic in a later post. Much like Pulp Magazines, comic books started out their existence as print matter distributed by the same or similar organizations that distributed other magazines and periodicals. From 1937 to 1978, the Newsstand Model was the only way other than mail-order subscription that comics could be obtained, which was no different than the Pulp Magazine distribution model of the previous era.

Comic Books (Cirsova): Okay, so, quick review of Pointman Comics. I wish I 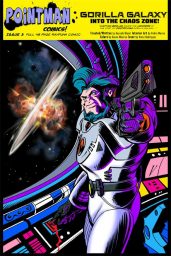 hadn’t been sleeping on these for so long, because I’ve been mutuals with Kassidy for a couple of years now. Right now, Gorilla Galaxy is in the spotlight, because the new issue is a full length Gorilla Galaxy story.

RPG (Geek native): Vaesen is an award-winning tabletop RPG of gothic horror. It’s Bram Stoker, Arthur Conan Doyle, and the unhappy monsters from Shelly blended with Nordic horror. Helming the Britain and Ireland expansion is The Enemy Within’s Graeme Davis. Backers are reassured they’ll get an alpha version of the PDF before Christmas, and that’s even before the Kickstarter ends.

Tolkien (Ricochet Reviewer): I am also quite moved by the central conceit 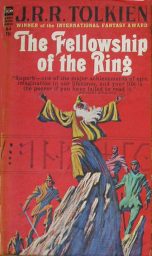 of his tale, that in this world where mighty races are contending for ascendance, everything depends on the most unassuming and humble of Middle Earth’s nations, a people untouched by the lust for power, whose simple connection to nature defines them rather than the powerful technologies and magicks of other nations. 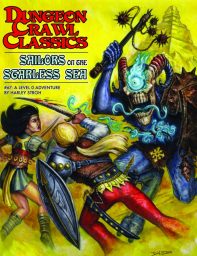 RPG (Goodman Games): Welcome to the Reprint Registry! This occasional feature documents the reprints of Goodman Games products. Collectors often ask us for detailed printing specs on our many reprinted titles, especially the DCC line. Over the years, some of our out-of-print titles have commanded impressive sums on the secondary market. We’ve been told it is helpful for collectors to have some background on the titles they are collecting or selling.

Science Fiction (Fantasy Literature): I have a feeling that most people, 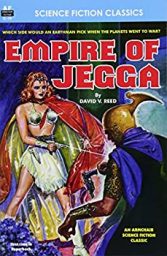 when they begin a book in the genre of the Golden Age space opera, go in expecting a slam-bang action affair replete with starship battles, interplanetary conflict, weapons of superscience, hissable villains and cheerable heroes. Well, I am here now to tell you of a Golden Age space-opera novel in which all those aspects are indeed most certainly present, but in very much a secondary role. 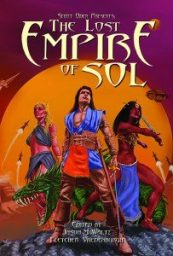 Christmas Shopping (DMR Books): We’re less than three weeks out from Christmas. On the off-chance that some DMR readers have a few drachmas and ducats to spare, I thought I’d rectify some deficiencies in my previous ‘Yuletide 2021’ post. When I posted “Gifts for Yuletide 2021”, I was under some serious temporal constraints. That blog entry needed to go up when it did and that’s what happened. However, there were plenty of worthies left out—as I admitted at the end of it. I’ve decided that those omissions shall not stand, so here’s the supplemental post. I hope justice is more fully served.

Westerns (Frontier Partisans): This brings me to Clair Huffaker’s novel The 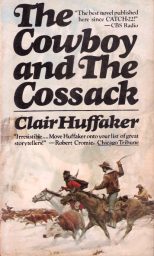 Cowboy and The Cossack: the story of a cattle drive in Tsarist Russia. A group of Montana cowboys are contracted to travel across the world and drive their cattle from Vladivostok to Siberia. There they find and clash with their escort of Cossacks. What follows is a rollicking adventure that occasionally becomes something more. 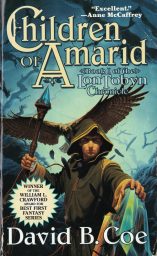 Tobyn-Ser have a long history of trusting and relying upon the benevolent actions of an order of mages known as the Children of Amarid. But now, this trust is rapidly eroding as crops are destroyed, villages are burned, and innocent people are being killed, seemingly at the hands of these same mages. Are these renegade mages at work or is it something more dire? A young man named Jaryd, newly recognized as a mage, finds himself at the center of the effort to unmask the nature of the evil invading their lands.

RPG (Rogue Blades): During the last forty or so years, I’ve played in a lot of tabletop rpgs. Often I’ve also been the game master, sometimes called a Dungeon Master or referee or judge. Players and game masters have different roles, but both are still playing the same game together. That being said, the game master runs the game, is in charge of the game, and this comes with a fair amount of responsibility. 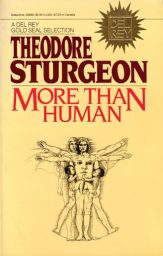 “Baby Is Three” appeared in the October issue of Galaxy magazine to great acclaim. It’s critical success prompted Sturgeon to expand on its premise with a prequel and a sequel (the novellas “The Fabulous Idiot”, “Morality”). Although this second cycle of stories did not see print in magazines, all three parts were eventually published as the novel More Than Human (1953).

Myth & Legend (Medium.com): Lönnrot kind-of creatively confected the Kalevala. ‘Forgery’ would be a harsh word (he worked from extensive researches in the Finnish heartland, gathering oral tales and ballads from the peasantry and so on) although — well, let’s not sugar-coat it. Lönnrot had a strong, distinctive sense of what a Finnish primordial epic ought to look like, and that’s what he wrote.

Games (Daily Worker Placement): I’ve been to Sovngarde and slain Alduin. I’ve bought houses in every major city. I’ve run the Thieves’ Guild and amassed a cubic s**t-ton of loot. I’ve taken over the College of Winterhold and turned my bedroom into a veritable museum of magic items. I’ve been a werewolf, a vampire, and the proud adopted father of an orphan child. I’ve got Wabbajack, fer christ’s sake!

RPG (Tales of the Grotesque): My friends and I played a bit of Talislanta in 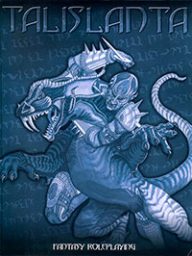 high school, but it proved to be a difficult setting to get across to my peers at the time. It was too weird, too alien, too unlike the usual mash-up of Lord of the Rings and Conan that fantasy usually fell back on. The fourth edition of Talislanta‘s core book advises you to pick one general area to start out with, focusing on that slice of the setting and building outward once you’re comfortable with it. 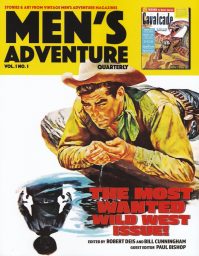 Review (Chimney Sweep Reader): his is the first volume of what I sure hope is a continuing quarterly publication of stories and essays from the golden age of what are known as “MAMs” or Men’s Adventure Magazines. These were magazines mostly from the 1950s-60s that were geared toward men, often violent and with pulpy adventure style yarns. More often than not, the stories were accompanied by colorful art that featured scantily clad women. The publishers, after all, knew their target audience.

Art (Muddy Waters): I recently had the pleasure of visiting the Norman 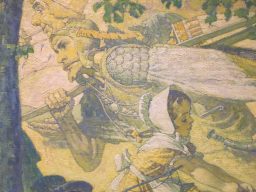 Rockwell museum in Stockbridge, MA, to see my Rose Red painting on view as part of the ‘Enchanted’ exhibit. As always, tons of Norman Rockwell originals were on display throughout the museum. I am always inspired when looking at Rockwell’s paintings. I love inspecting them close up and dissecting how he created such incredible illustrations, usually in a remarkably short amount of time. 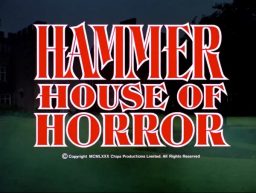 Cinema (Murray Ewing): One of the great British film industry successes of the 1950s and 60s, Hammer Films pretty much died after the Dennis Wheatley adaptation To the Devil a Daughter in 1976. (The final nail in the coffin was a remake of Hitchcock’s The Lady Vanishes, which put them fatally in the red.) Hammer Films Ltd was shut down, but its hastily-conjured doppelgänger Hammer Film Productions remained (backed, at first, by chemical company ICI), though largely to collect royalties.

History (Brewminate): A siege engine is a device that is designed to break 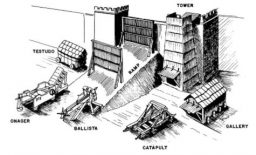 or circumvent heavy castle doors, thick city walls and other fortifications in siege warfare. Some are immobile, constructed in place to attack enemy fortifications from a distance, while others have wheels to enable advancing up to the enemy fortification. There are many distinct types, such as siege towers that allow foot soldiers to scale walls and attack the defenders, battering rams that damage walls or gates, and large ranged weapons.