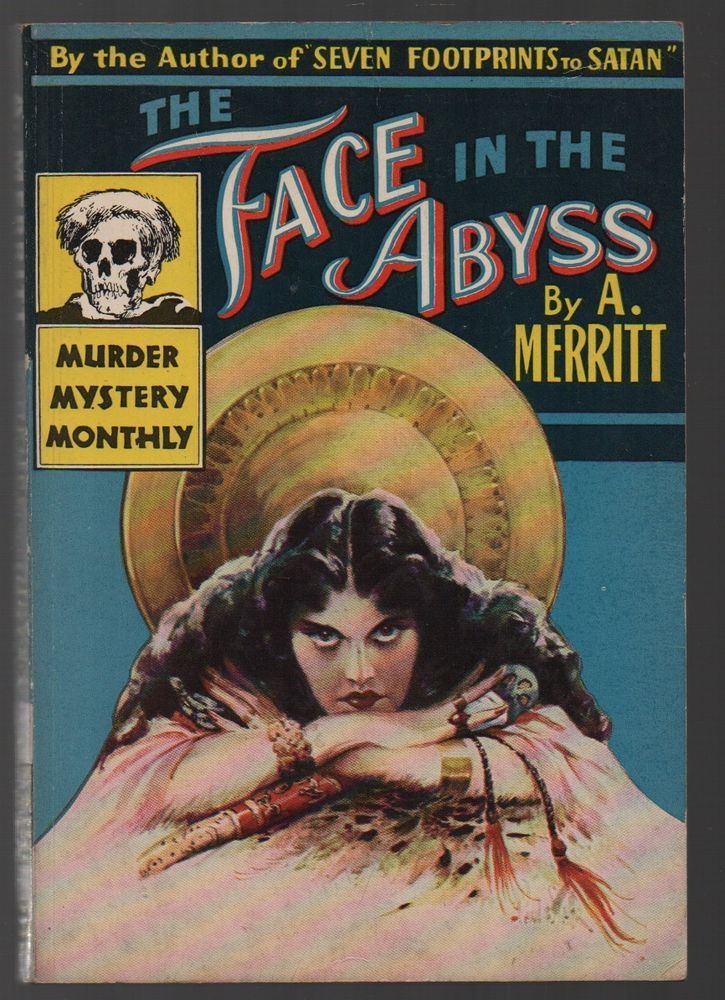 Appendix N (Cirsova) Reviews on Issue 5, CL Moore & Hugos — “I’d read some Moore, but I’m just now getting around this classic anthology edited by Lester Del Ray. I was left a bit unimpressed by her collab with Kuttner on The Last Citadel, but I gave the grande dame another chance when I found a Jirel anthology, which I enjoyed thoroughly, yet now, reading a bit broader range of her stories, I’m blown away. I’m only a little ways into this anthology, but The Black Thirst and The Bright Illusion… Wow. C.L. Moore may be better at writing Lovecraftian Science Fiction than Lovecraft! I’d strongly recommend that anyone considering trying their hand at writing ‘Lovecraftian’ or Weird Fiction in general would be doing themselves a huge favor in reading Moore and looking to her for inspiration rather than those who were trying to directly ape Lovecraft’s writing.”

The Campbellian Heresy (Nathan Housley) C. L. Moore’s Space Gothic — “Science fiction has Gothic roots. Moore was not writing a space western with Northwest Smith, she was writing space Gothic. This is also why Campbell’s amputating of those Gothic roots from science fiction and fantasy is such a big deal–he took the horror out of both genres. And some of the beauty as well.”

RPGs (Ron Edwards) The little game that could — “There is a big shadow side to it, though. It’s right there in that first adventure-book in that original box, and as far as I can tell, took over every single publication of that type thereafter. Bluntly, they all stink – utterly canned set-piece fight scenarios, with a very strong emphasis on playing the canonical characters in canonical, thespian ways. Junk all that stuff about Karma and Popularity, forget long-term life-style play, never mind making up your own characters completely aside from Marvel Universe this-or-that.”

Gaming (Lewis Pulsipher) Unearthed Arcana — “Jon Peterson, author of the well-known history of games and especially RPGs ‘Playing at the World’, was here this morning to pick up many boxes of my old gaming material I’ve donated for his research. He drove yesterday from NY (whether city or elsewhere in the state I don’t know), at least 540 miles, and back today. That’s dedication! I hope he finds the letter Dave Arneson sent me describing his miniatures campaign, pre-D&D.”

D&D (Gaming While Conservative) Mindset Makes Men Manly — “Frankly, I take no more pleasure in a session that ends this poorly than the players. I’m on their side in this. I want them to succeed. I want them to win. I want them to come up with clever ploys that make the dungeon denizens fear the sound of their approach. Last night I was left with the grim satisfaction that the players have earned a little knowledge about a new level of the dungeon, and that one of them has learned a valuable lesson about the difference between happy fun story time and neutral play that rewards brutality and unfair fights.”

RPGs (Walker’s Retreat) My Life as a Gamer: The Rise of the Mech Pilots — “This mindset is perfect for publishers. They now have the authority, not the Game Master. They can use Organized Play organizations to push Official Play, thought-policing their users. Players no longer need to trust the Game Master; they can play wherever and get the same experience- like a TRPG version of McDonald’s. They can even go so far as to farm out a lot of supplementary production out (which was the explicit goal of the d20 System trademark, and not-quite-so with the Open Gaming License), focusing on the stuff that rakes in the cash. (Still not quite there, but it’s getting close to being realized.) It’s as if folks thought Games Workshop had an unbeatable business model and tried to ape it.”

Television (Kairos) Spider-Man and Castlevania — “Can writer Warren Ellis display a basic grasp of history, avoid a slew of post-1980 genre tropes, and stop being a poor man’s Alan Moore? No, he cannot. As a result, Netflix has produced a show less deserving of a review than a public service announcement against STDs. Listen in for the same reason you’ve listened to recordings of the Hindenburg disaster.”

Pulp Revolution (PulpRev.com) Getting Started: Where To Look & What To Look For — “There you go, plenty to get your started. If you’re still wanting more, come back and we’ll be glad to point to you other classics, hidden gems, and missing masterpieces that will turn your curiosity into a full blown fandom- and, maybe, even get you wanting to pick up the pen and write your own. Now, get out your library card and go get some classics from the stacks! We’ll be here for you when you’re done.”

Old School D&D (Venger Satanis) 4th Wave OSR — “While I doubt that 4th wave OSR will ever replace the first 3 waves, it is my belief that the 4th wave is necessary for continued innovation. Even though I won’t be basking in the popularity of core OSR, I have my place just outside where there’s more room to breathe.”

It’s All About the Gor (Black Gate) Why isn’t Conan a Mary Sue? — “Robert E Howard was (deep breath)… a nerdy provincial lad who yearned for far horizons, some conveniently inaccessible, but had reason to stay home; who dabbled in martial arts (boxing) and tinkered with European swords (he did!) but wasn’t really a man of action; who was drawn to traditional masculinity, but not really very good at it; who yearned to carouse in wild company, but was probably too self-conscious (or bored by ordinary people) to paint Cross Plains, Texas red; who dreamed of wild women, especially lithe dancing girls, even more especially — one suspects — if they came in fifty shades of Gor, but, perhaps because he needed intellectual companionship as well and the double standards of the time made it an either/or proposition, unaccountably didn’t have any in his life; who found civilized mores just a bit too hard to handle in real time…” 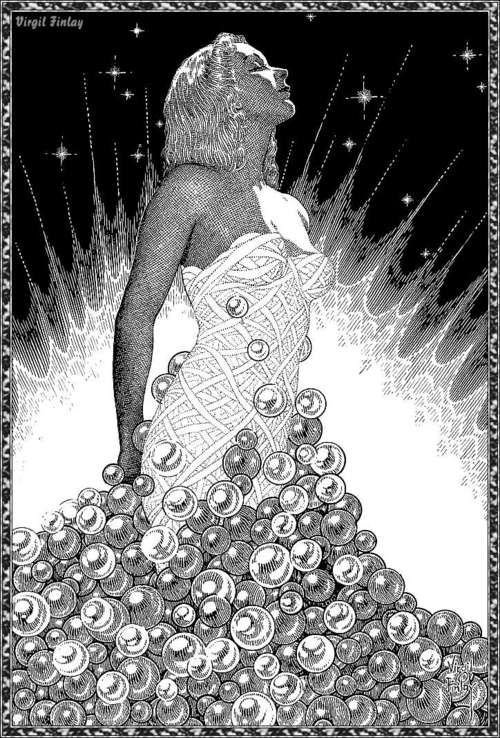 Movies (RMWC Reviews) Twofer Review: The Shadow (1994) and The Phantom (1996) — “It turns out the pseudo-Pulp revival thing from the 90s was actually pretty good. Both of these movies are solidly entertaining, have heroic heroes, villainous villains, beautiful women, handsome men, exotic locations, tight pacing, and meaningful peril. They’re not relevatory or what you might call ‘modern classics,’ but they’re leagues better than most modern dreck passing itself off as Action-ADVENTURE.”

Books (Seagull Rising) Gingerbread Wolves: The Non-Spoilery Discussion — “Misha’s a good guy and a good pal of mine. Steven King is an ass that doesn’t like my kind of people and won’t shut about it. So I’m necessarily going to be biased here, but…well, let’s just rip off the bandage. Misha is a better writer than King. There. I said it. I stand by it. They both focus mainly on the people and relationships. The weird monsters and existential threats are icing. They both spend as much time dealing with how the bizarre situations in the story affect the relationships between the characters. They are both enormously creative. Where they differ is that reading Burnett’s books doesn’t leave you with that gross feeling of having just walked out of a porno theater. You don’t feel depressed and vaguely queasy and like you could use a good shower.”

Bro, Do You Even Read? (Tor.com) Leigh Brackett’s Tales of Planetary Romance: Eric John Stark: Outlaw of Mars — “The genre was not friendly to female authors in the post-WWII era, but Brackett’s gender-ambiguous first name allowed her to write under her own name. In many ways, her writing is not drastically different from the male writers of her era, except for her female characters, who have more of what was back then called ‘moxie,’ but now gets referred to as ‘agency.’ These women do not just exist to be love interests, and when faced with danger would come out swinging, not simply waiting to be rescued.”