Fiction (Rogue Blades): Cropley’s and Bridgland’s article in a recent issue of Grimdark Magazine got me thinking about what it is that keeps me from buying into the whole grimdark thing. I mean, I think there’s a place for it in fantasy, but it’s neither anything special or particularly new. The way I see it, grimdark writers start with epic fantasy, add shock-horror, and declare it a corrective to simplistic, cookie-cutter fantasy by having injected supposed realism, moral and physical.

To keep myself from going off half-cocked in a fit of impolitic and misinformed ranting, I did a little hunting for things other people had written during those heated times a few years back, when everyone was attacking and defending grimdark. 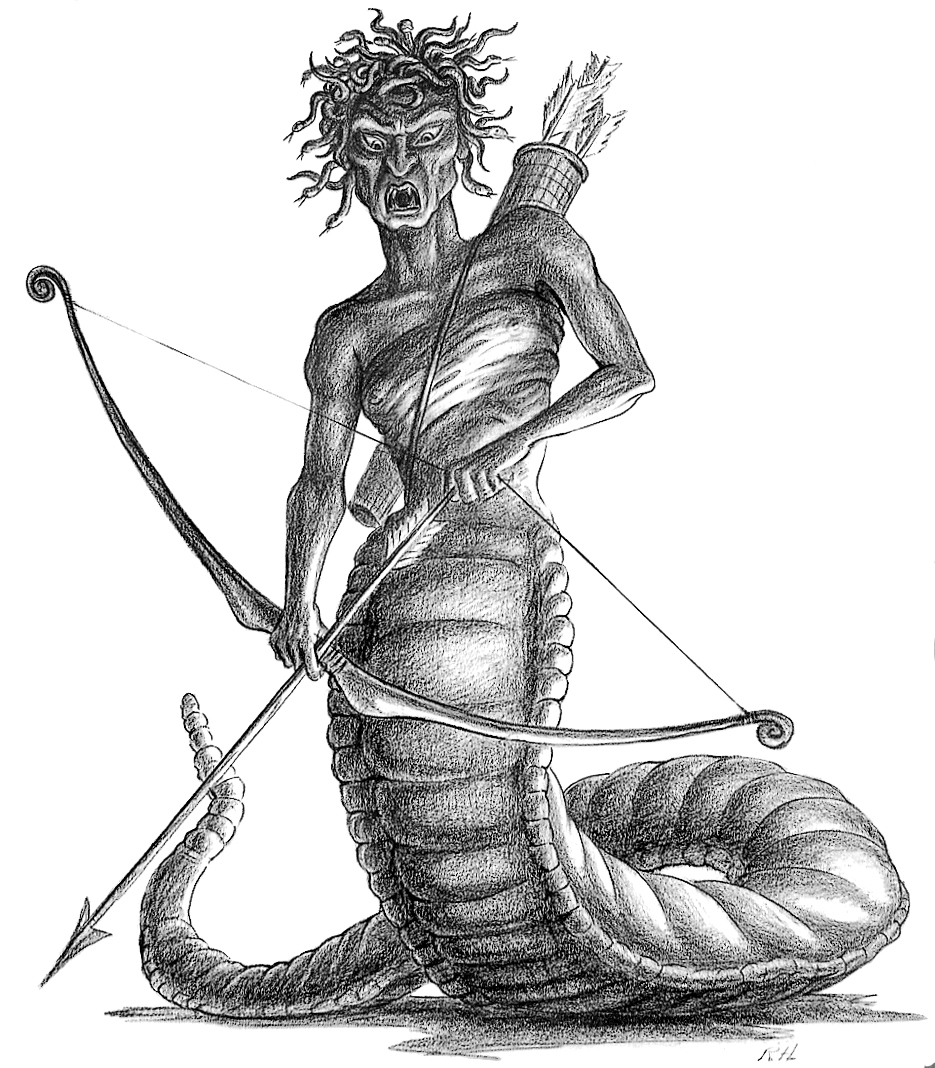 Gaming (RPG Confessions): While the current crop of fantasy and sword and sorcery films were hit and miss in the early 1980’s, there was at least one library of cinematic wonder we could all reference for both style and substance. For many members of the Dungeons and Dragons crowd, their first exposure to the magic of Ray Harryhausen was Clash of the Titans (1981), which turned out to be his last movie. Side note: they had planned a follow-up to Clash which was to be all about the Norse myths: Thor, his chariot pulled by goats, ravens, the Midgard Serpent, Fenris Wolf, the giants…I can’t even fathom how cool that?

Gaming (Hack & Slash): Oh, doesn’t fall always breed new campaigns? It certainly seems that way to me. But I’m not talking about the adventure I’m playtesting, or even the game I’m going to be running for family, I’m talking about old, regular, Dungeons & Dragons that happens on a Friday, pretty much every day of the year, excepting football times? I’m not sure, my friends are reprehensible people. 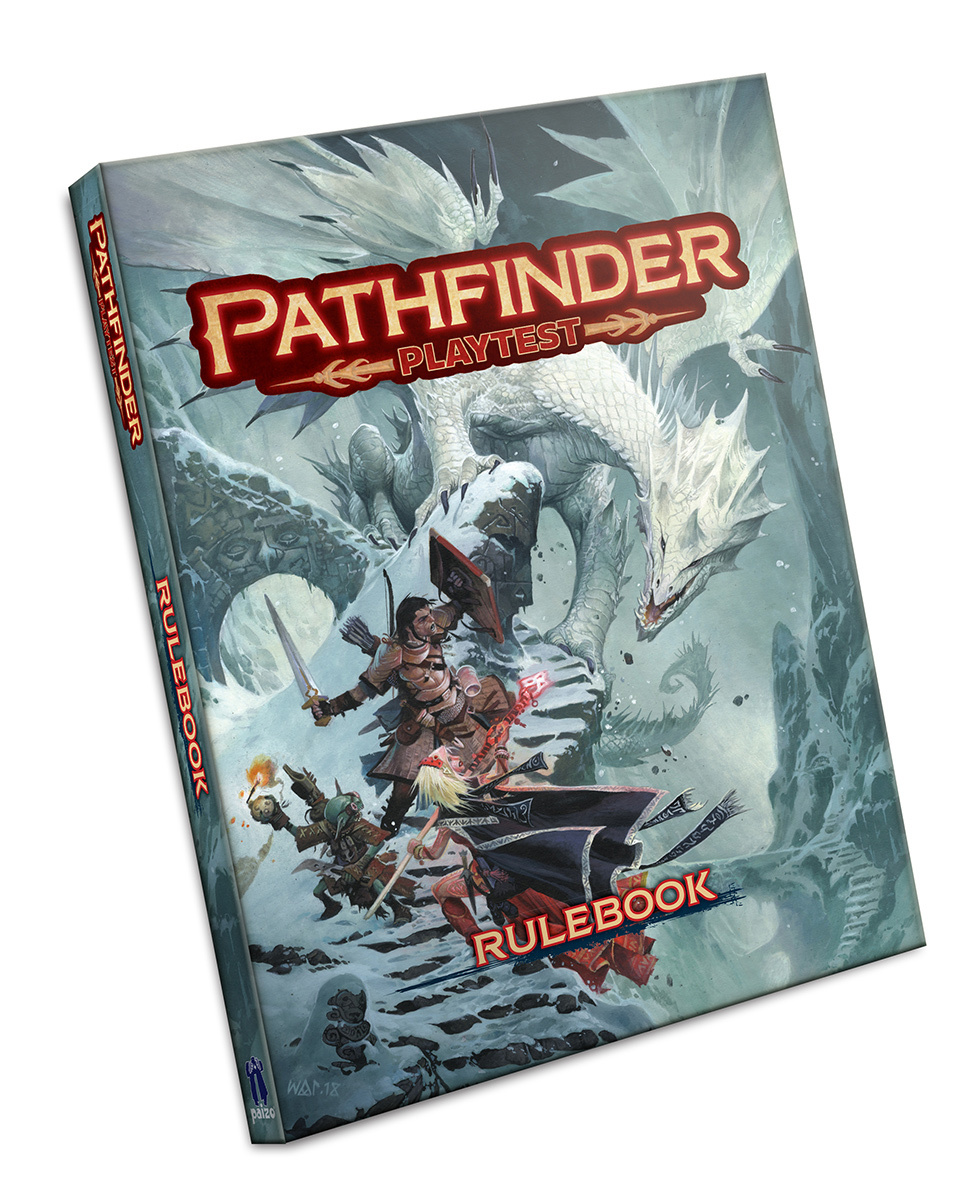 Gaming (Black Gate): Since Gen Con 2018, the PathfinderPlaytest has been in full swing, testing the new rule system that will form the basis for Pathfinder Second Edition, slated to release at Gen Con 2019. The game looks to streamline the system, and create a more coherent play experience across the diverse options that players of Pathfinder have available.

Pulps (Pulp Flakes): [J. Edward Leithead wrote over 200 stories for the pulps from 1922 to 1950. In this article, originally published in True West, Feb 1967 (also republished in Pulp Vault 14), he reminisces about writing for the western pulps, starting with Western Story in the 1920s to the end in the 1950s. He also wrote many articles on the dime novels which appeared in the fanzine Dime Novel Roundup.]

Sam Elliott said that about film writer and director John Milius; the words apply in spades to Tim Willocks. I know there are women who have devoured his novel of the 1565 Great Siege of Malta, The Religion, with as much gusto as any man, and I am most grateful that such women exist. But Willocks truly is not writing for them. He’s writing for men. Men like us.

His new novel, Memo From Turner, is a tale about a man. A man of integrity and honor. A man of violence. A man who cannot compromise, even with himself.

Fiction (Too Much Horror Fiction): “Horror is a woman’s genre,” says my Paperbacks from Hell pal Grady Hendrix, and he is so right. Horror is often seen as a boys’ club, and that is true to an extent, yet there is a feminine power flowing through the genre that is not always acknowledged. The genre features many novels, minor and major, from a beleaguered woman’s point of view: “The Yellow Wallpaper,” We Have Always Lived in the Castle, The Haunting of Hill House, Flowers in the Attic, The Possession of Joel Delaney, The House Next Door, and others lesser-known, such as Burning, Nest of Nightmares, The Landlady.

Fiction (Paperback Warrior): John D. MacDonald’s 1960 paperback, “The End of Night” is often cited as one of his finest stand-alone novels. This is

a bold claim as MacDonald produced so many excellent stories outside his acclaimed Travis McGee series. While picking a

best JDM book is likely a fool’s errand, there is no doubt that the short novel is a crime fiction classic.

Writers (Pulprev): Robert E Howard stands astride the world of American literature as a forgotten titan. With hundreds of stories and poems to his name, he built a bibliography that dwarfs any ten modern writers by the age of thirty. He wrote in a vast array of genres, from Westerns to spicy romances, light-hearted humourous tales to gritty detective tales. Most of all, he is remembered for creating the genre of sword and sorcery, in the colossal figure of Conan the Cimmerian.

Fiction (Glorious Trash): I continue to ponder what exactly Manning Lee Stokes was up to with his work on The Aquanauts (which with this 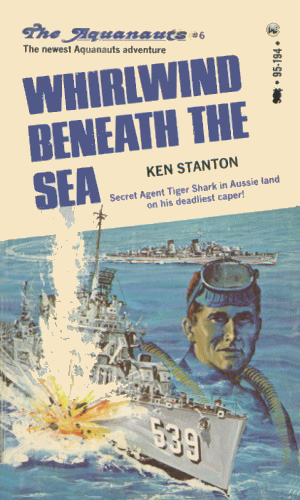 volume moves over to Manor Books). Once again he’s taken what is ostensibly an undersea commando-type plot and turned it into a lurid crime thriller more akin to the crime paperbacks book packager Lyle Kenyon Engel would later “produce.” And he overwrites to the max; Whirlwind Beneath The Sea comes in at a whopping 220 pages of super small, super dense print.

The new action-adventure game set within the Minecraft universe is coming to Windows PC sometime next year.

While details on the new game are scant, you can view the above announcement trailer.

Here’s a rundown on the game:

The re-up comes as the division gets back on solid footing following “Solo: A Star Wars Story,” the Alden Ehrenreich Han Solo spinoff that suffered disappointing box office returns and behind-the-scenes drama after the studio dismissed directors Phil Lord and Chris Miller well into production. They were replaced by Ron Howard, who was tasked with bringing home the pricey standalone (which cost at least $250 million).

Fiction (John C. Wright): Xuthal of the Dusk is the fifth story in the Conan canon, first published in Weird Tales, September 1933, under the 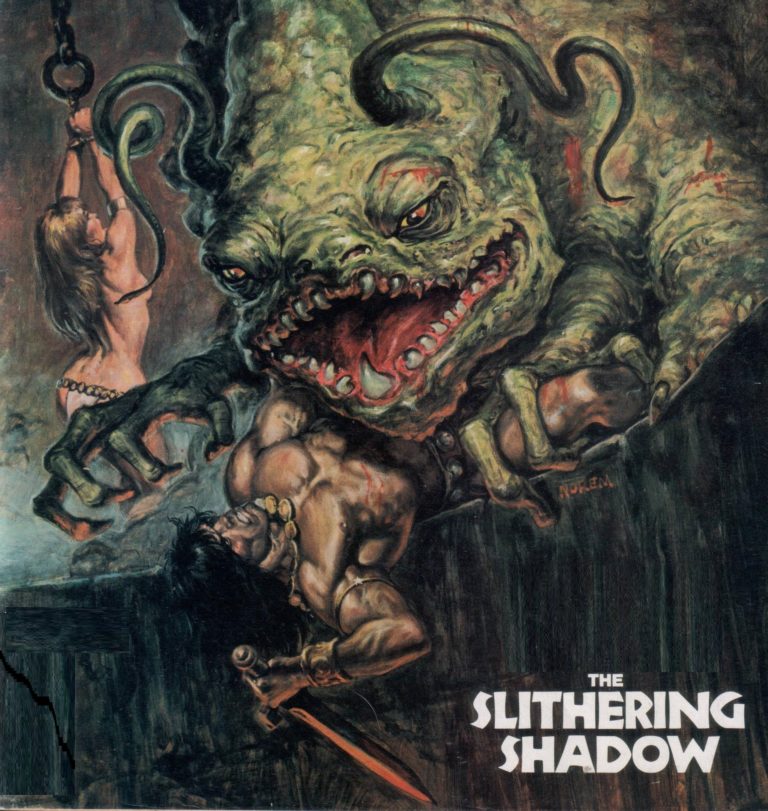 If this is the first Conan story you ever read, your notion of him will not be the aging but still stalwart king, tough as an old oak tree, betrayed but still fighting, nor again the daring thief who escapes from a curse-shattered tower of eldritch witchery, nor the young warlord wise in war-craft. In Xuthal of the Dusk, we finally see him in the setting, situation, and garb of the Conan of popular imagination.

I have seen reviews dismiss this tale as formulaic. It may be so, but let is also be remembered that this was one of the tales that set the formula.