RPG (Grodog): Thinking through the mega-dungeons I’m familiar with, the 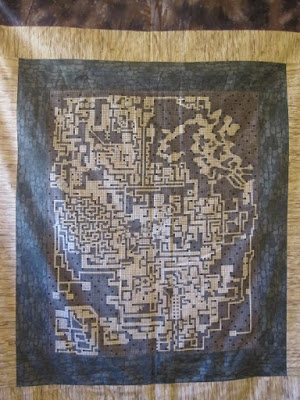 Science Fiction (Alexandra Rowland): I was groomed and abused by Scott Lynch and Elizabeth Bear for several years. For a long time, I never wanted to talk about this in public. I didn’t want anybody to know about this. I only began rethinking yesterday and I was still considering what to do about it, but… …Apparently I don’t have that luxury anymore.

Art (Modiphius): The Art of Robert E. Howard’s Conan: Adventures in an Age Undreamed Of features a selection of some of the most incredible art 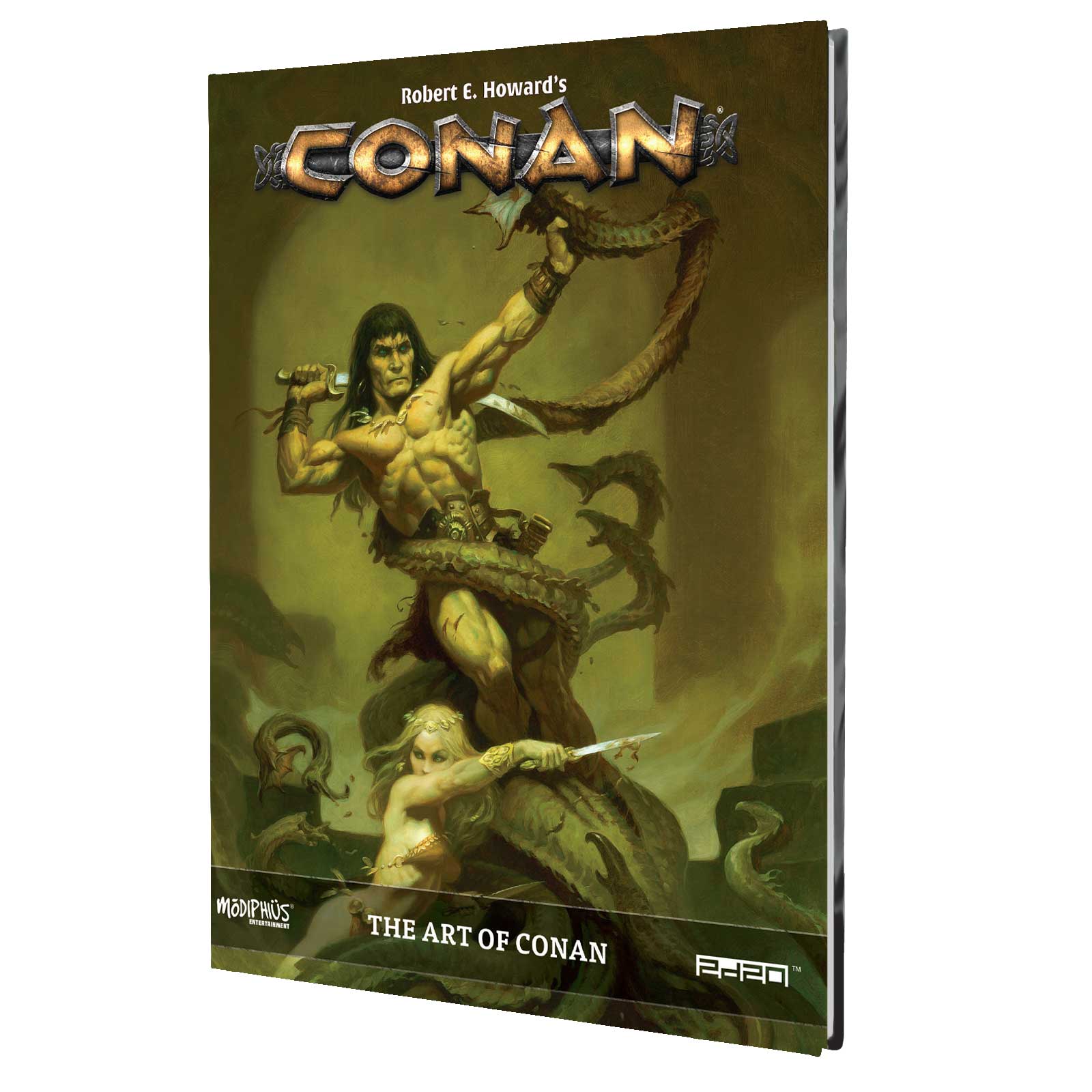 associated with the classic barbarian hero ever assembled into one set of covers. With one of the most successful gaming Kickstarter campaigns of all time, Conan set out to be the definitive treatment of Conan in games: central to that was recruiting a stellar lineup of artists for covers and interior illustrations. The Art of Conan presents a variety of art drawn from the incredible core rulebook and the expansive line of sourcebooks and supplements, organized by book, allowing players and fans of amazing sword-and-sorcery art to enjoy this fantastic art on its own. 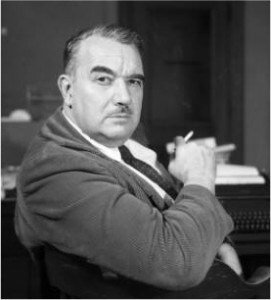 elements) dealing with the brave and beautiful warrior queen who reigned over the Berbers in the seventh century. The Cahena, as she was known, was believed to be a sorceress and prophetess. She led an army forty thousand strong, wielding javelins and scimitars, in a valiant struggle against the Mohammedan invaders who were fresh from their conquest of Carthage. Rich in historical detail and dramatic action, this is a story to rival the great war epics of all time.

Publishing (Amatopia): There’s been talk on social media by Big Prominent Authors who’ve been paid a lot of money to write stuff about how hard it is to stay prolific in these totally unprecedented and difficult times. These writers–whose only job is to write–can’t seem to squeeze in a page or two amidst the chaos. It’s emotionally taxing do perform their job, you see. It’s so hard because evil bad people who may or may not be orange keep them from focusing. What a bunch of weenies.

Genre (Pulprev): Today when people think of science fiction and fantasy, chances are, they think of two separate genres. Science fiction, the genre of starships and computers and technology. Fantasy, the genre of knights and dragons and castles. Two distinct genres, and never the twain shall meet. The meeting of the two, science fantasy, was the exception, the red-headed stepchild, never part of the mainstream. This wasn’t always the case.

Art (Heavy Metal): William Stout has had a long and eventful career as an 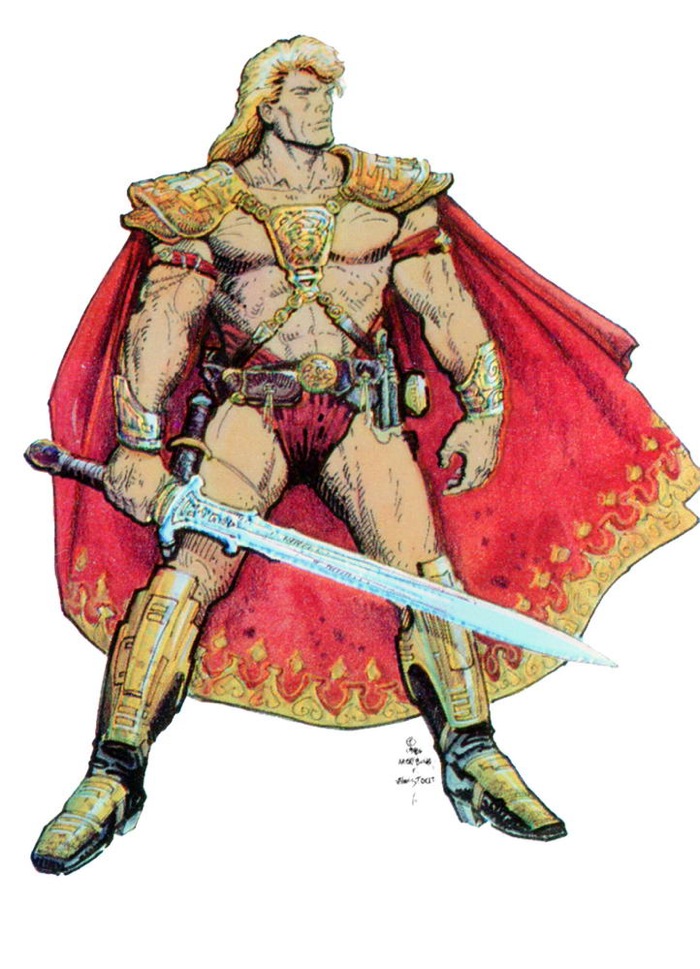 illustrator and production designer—you can read all about it in the biography on his official website. His work has run in numerous publications, including Heavy Metal. And then there was Masters of the Universe. The 1987 movie seemed like a good idea, given the popularity of the toys, but the Cannon Films production, starring Dolph Lundgren as He-Man and Frank Langella as Skeletor, was a flop.

Paleontology (Phys.org): Lions were once far more widespread than they

are now, with several subspecies of lions dividing the world between them. They were found in much of Europe and Asia including the Middle East, in Africa, North America and maybe South America. Previously, the cave lion Panthera leo spelaea was found across much of Eurasia and as far as Alaska and Canada. But cave lions died out 13 000 years ago, perhaps partly due to humans, although paleontologists suspect that climate change played a major role. The American lion P. leo atrox suffered the same fate.

T.V. (Kairos): Loyal readers know that a key mission of this blog is shedding light on Hollywood’s hatred of their audience. Much as A Bridge Too Far proves Pigman’s Caine-Hackman hypothesis, the1998 movie Pleasantville epitomizes Hollywood Death Cultism. YouTuber Devon Stack, who reviews movies with a keen eye for both literary criticism and propaganda, explains this superficially innocent film’s subversive depths. “As much as the baby boomers fought to overturn and rebel against and eventually destroy the American culture that existed before them, one thing that I have always found interesting is how much the same champions of counterculture that sadistically dismembered their heritage and mocked every tradition their parents have gifted them, but at the same time romanticize this same culture they worked so hard to undo.”

Science Fiction (Adventures Fantastic): “Trog” appeared in the June 1944 issue of Astounding. It has never been reprinted. The story is set in 1956.  Civilization has been collapsing for four years. The general consensus is that humanity has a collective, mass consciousness that has tired of civilization. It takes over people at random and causes them to destroy things. Supply lines have been disrupted. Food is scarce. Things that break cannot be replaced. People destroy things. Those that do are called trogs, short for troglodytes.

Book Review (Marzaat): In the summer of 1565 on the parched ground of 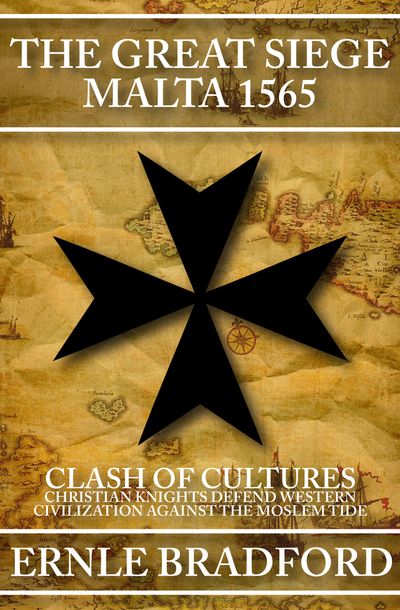 Malta, the future of Western Civilization was decided. Would the Moslems continue their expansion into the Mediterranean, preying on European ships and taking Christian slaves as far away as England? Or could they be held back? It was an epic struggle, an astounding tale of resolve and leadership, of disunity in command and disunity among allies.

Tolkien (Notion Club Papers): Tolkien and The Silmarillion by Clyde Kilby. Lion Publishing, Berkhamsted, Kent, UK. 1977 pp 89. (US edition, 1976.) This is a hardly-known, slim, minor, but fascinating contribution to the writings about Tolkien. Its centre is an account of the summer of 1966 which the author spent meeting with the seventy-four year old Tolkien a few times per week, ostensibly to provide him with informed and enthusiastic secretarial assistance to get The Silmarillion ready for publication. 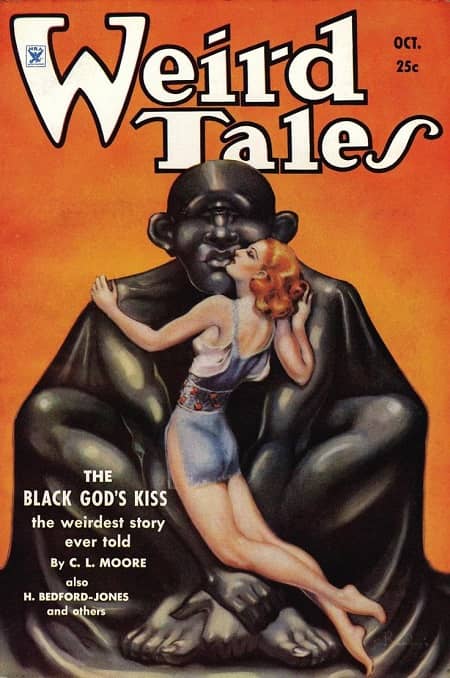 read covers the eleven stories in the October 1934 issue, including the first Jirel of Joiry story by C. L. Moore. Her flame didn’t burn as long in the Unique Magazine as the Lovecraft-Howard-Smith trinity’s did, but it did burn as brightly. Moore had sixteen stories in Weird Tales between 1933-1939, twelve in an incredible burst of creativity in the years 1934-1936.

Travel (Last Stand on Zombie Island): Outside of Moscow, reportedly on the location of one of the principal stavkas of the 1941 defense of the city from the German invasion, now stands the so-called Main Cathedral of Russian Armed Forces. Built by popular subscription (with lots of help from the military and government) the immense Eastern Orthodox church is a living, breathing memory to the Russian (not Soviet) effort against Hitler in the Great Patriotic War.

Art (DMR Books): The result was The Fantasy Worlds of Alex Nino, which came out in 1975, just a few short years after Alex began doing work for American comics. The publisher was Christopher Enterprises, a somewhat shadowy company about which I’ve been able to discover little. They emerged on the scene in 1975, put out portfolios by Nino and Michael Kaluta, then followed that with a Bernie Wrightson portfolio in 1976. Also in 1976, Christopher Enterprises published several awesome posters by Wrightson and Stephen Hickman.

Weird Tales (Tellers of Weird Tales): I first wrote about Earl Peirce, Jr., on May 17, 2017. I misidentified him then as Earl Monroe Pierce, Jr., based on

his age and his residency in Washington, D.C., where Peirce/Pierce is known to have lived. A month later, an anonymous commenter let me know that I had the wrong person and provided a link to an online discussion about the right one. I removed what I had written and promised an update and correction. By then it was too late: my mistake was memorialized in the Internet Speculative Fiction Database (ISFDb) and you can still find it there today. I pride myself on doing good work.

Old Science Fiction (M Porcius): Here at MPorcius Fiction Log we are beating the heat and staying off the streets by reading old issues of Thrilling

Wonder Stories at the internet archive.  In our last episode we read three stories by Leigh Brackett; those tales of rough men trying to master their environments and find or create a place where they belonged–and the women who loved them–were later reprinted in Brackett collections and theme anthologies.  Today we read three stories by Henry Kuttner that have not been quite so widely reprinted–you might call them “deep cuts.”

year for the gaming hobby. It is the year that Dungeons & Dragons was introduced, the original RPG from which all other RPGs would ultimately be derived and the original RPG from which so many computer games would draw for their inspiration. It is fitting that the current owner of the game, Wizards of the Coast, released the new version, Dungeons & Dragons, Fifth Edition, in the year of the game’s fortieth anniversary.