Pulp-Rev (Pulprev.com): “While the Pulp Revolution has been around for a couple of years now, it isn’t the only literary movement focused on pulp fiction. Indeed, it’s not even the first. Before PulpRev came New Pulp, which Pro Se describes as “fiction written with the same sensibilities, 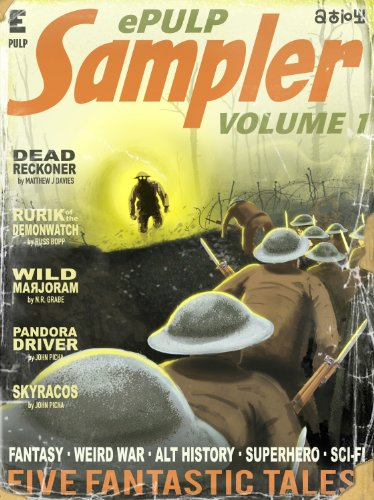 beats of storytelling, patterns of conflict, and creative use of words and phrases of original Pulp, but crafted by modern writers, artists, and publishers.” PulpRev itself is attempting to define its own aesthetic, by studying the pulp classics. Reading ePulp Sampler Volume 1 by John Picha, I’m reminded of what pulp is not.”

Fiction (Howard Andrew Jones): “I’ve read an awful lot of the work of Leigh Brackett, and much of it multiple times. I thought I’d share a photo of some of my favorite of her books.

On the top there is a great short novel, one of my very favorites by her. It’s actually included in the Sea-Kings volume immediately beneath it, but the version in that collection had so many typos I went out and re-purchased another version of the paperback I sent away to Joe McCullough, because when I’m re-reading one of my favorite stories I don’t want to be distracted by errors.”

Writing (Emperor Ponders): “If you have spent more than a few seconds following the writing blogosphere, searching for writing tips and stuff like that you will have found variations of these two statements: “Write short, clear sentences“, sometimes followed by a “like Hemingway did.” Either as an example of simple, clear writing or as a description of his style, the universal, known-by-everybody message is the same: he wrote short sentences, and that’s the style to emulate.

And he did write short sentences. A few. Sometimes. Not many really. In fact, the average length of his sentences is way above the contemporary writer’s.  But that’s not what most people claim or know.”

RPG (Walker’s Retreat): “Remember that yesterday I said that the people making tabletop RPGs really ought to know better? Did you wonder 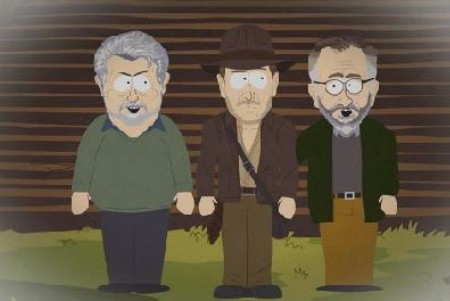 why? Wonder no more.

It finally happened! My beliefs, expressed on Twitter, got one of my publishers an “I can no longer in good conscience buy your products” email! I HAVE ARRIVED!

I’M NOT EVEN KIDDING, I CONSIDER THIS AN EXCELLENT DEVELOPMENT!

That’s Greg Stolze, who said that here, today. He’s best known for Unknown Armies and Delta Green, which means you likely never heard of him and therefore can dismiss him as irrelevant. He writes for Atlas Games (which, for long-time readers, is also the employer of the backbiting coward and her husband I dealt with at CONvergence 2016; see here) which is the other Minnesota-based TRPG publisher.”

Cinema (Reactionary Times): “Busy day today beloved readers.  The best I can do for you is repost from last year wherein I prove my miraculous psychic powers of prediction, in the last sentence. Yeah because who didn’t want more of this.There is yet another Indiana Jones movie coming down the pipe.  It will be arriving in theaters in time for Harrison Fords seventy eighth birthday. Awesome. Okay the big question here is why the fuck are they making this thing? I think the answer is pride.”

Writing (Pulp Archivist): “In his 2001 “A Reader’s Manifesto”, B. R. Meyers takes five of his contemporary writers to task over how stylish affectations destroyed clarity of thought. While most of his article consists of pointing out just how the sentence cult had poor sentences in technical detail, several of his general observations merit consideration by any student of style–if not outright warnings of future pitfalls. Below 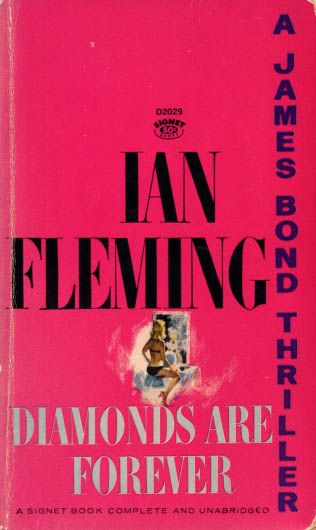 are some of Meyers’ observations that resonated with me. The entire article is worth reading.”

Fiction (Glorious Trash): “The last of the early James Bond novels I never got to read as a kid, Diamonds Are Forver sort of melds the previous three books: it’s got the uneventful lassitude of Casino Royale and Moonraker in spots, but in other spots it’s a pulpy actioner along the lines of Live And Let Die. Unfortunately it’s saddled with way too much arbitrary travelogue sort of stuff, with page-filling detours about horse races and Vegas casinos and the like. But on the plus side, Bond himself has apparently taken a course in bad-assery, and you wonder where the hell this guy’s been.”

Fiction (Paul McNamee): “Over the past few years, I’ve been adding the original TARZAN novels by Edgar Rice Burroughs to my reading diet. TARZAN AND THE JEWELS OF OPAR was next on my list; Albert Werper is a murderer and deserter of the Belgian army in the Congo. Fleeing into the jungle, he is captured by gang of slavers led by the Arab Achmet Zek. Werper convinces Zek of his fugitive status, and joins the troop of cutthroats. Tarzan has been running afoul of Zek, ruining his slave trade. Zek and Werper hatch a plan to kidnap Tarzan’s wife, Jane (of course,) and hold her for ransom. Werper decides to pose as a lost French gentleman, separated from his safari, to gain access to the Greystoke compound and home.”

Fiction (Swordssorcery blog): “Everybody knows (or should know) the story of sixteen year old Ramsey Campbell submitting stories set in Lovecraft Country to August Derleth. Derleth sent them back suggesting he set them in his native England instead of alien New England. Thus 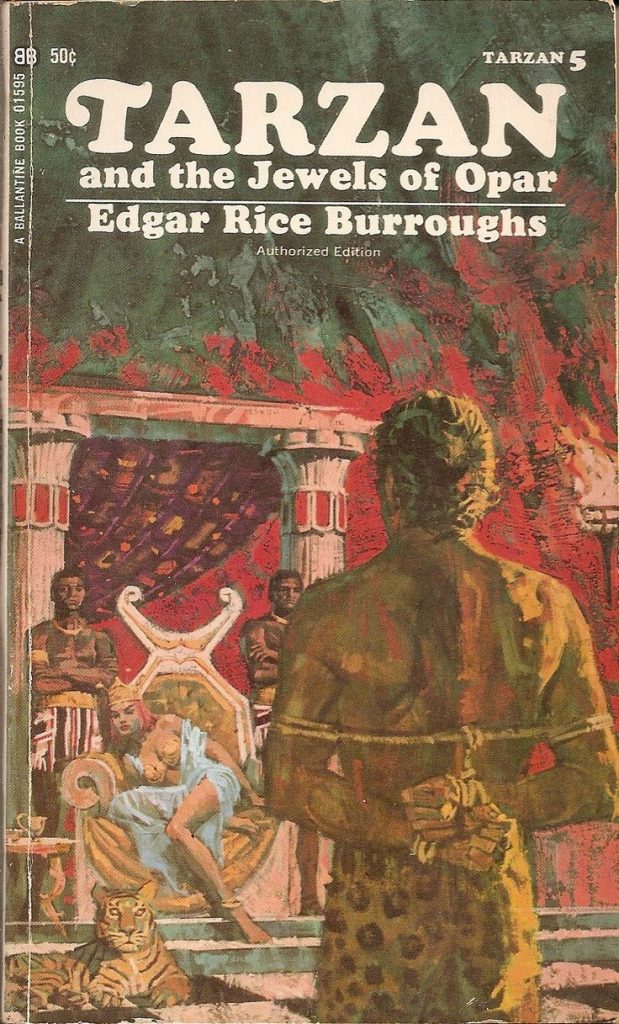 The Chaosium published tribute to Campbell’s Mythos fiction, Made in Goatswood has none of his early stories. I decided, in that case, I had better go and read them, first, for the fun of it, and then to get a better feel for what the collection authors’ were hoping to emulate and memorialize. So, I’m also reading the latest edition of Campbell’s first book, The Inhabitant of the Lake and Less Welcome Tenants.”

RPG (Reason Magazine): You might not recognize the name Gary Gygax. But even if you’ve never rolled a critical fail on a d20, you have almost certainly consumed some movie, TV show, book, comic, computer game, or music influenced by Gygax’s most famous creation: Dungeons & Dragons, the world’s first and most popular role-playing game.

The FBI certainly knew who he was. Between 1980 and 1995, agents compiled a dossier on the gaming company TSR Inc. and Gygax, its founder. In 1980, a note on TSR stationary about an assassination plot drew the FBI’s attention, leading to a search of the company’s offices in Lake Geneva, Wisconsin. The note turned out to be materials for an upcoming espionage game.

In 1983, an FBI field report about an investigation into a cocaine trafficking ring in Lake Geneva cryptically references Gygax—but whatever his alleged role was, it has since been heavily redacted by the Bureau. 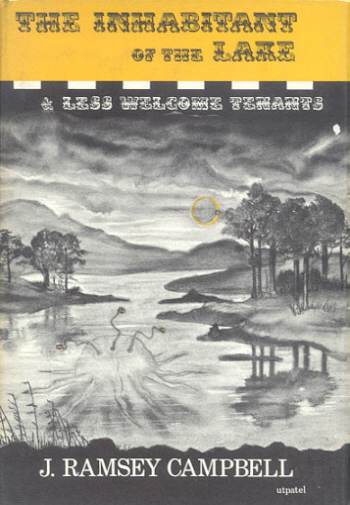