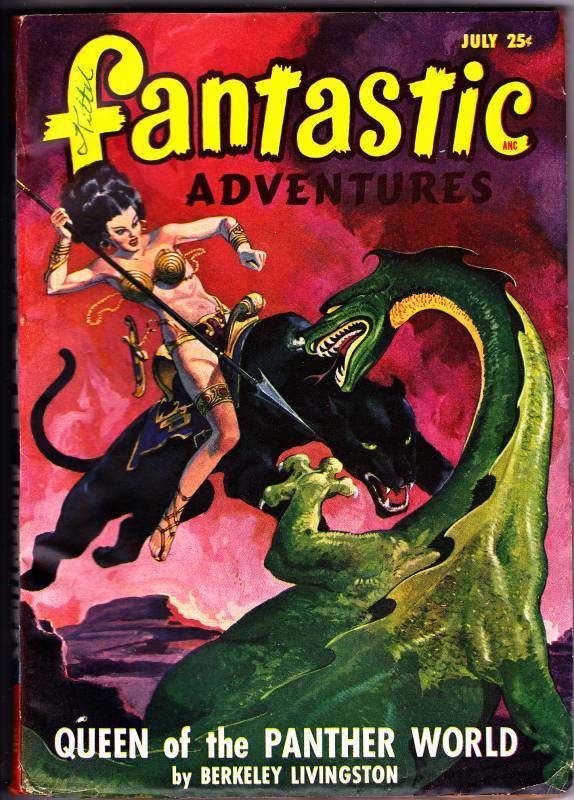 Movies (Seagull Rising) The Rock of Bronze — “Maybe I’m reading it wrong, but what I read between the lines there is that the production team is planning one of those ‘hilarious’ deconstructions. This isn’t a case of making a perfect specimen of mankind and then giving him the glaring weakness of having zero social skills, it’s a case of taking the perfect specimen of mankind and mocking not just him, but the idea behind him. The underlying message of Doc Savage is one of aspiration – this could be you. The underlying message of this movie seems to be, ‘don’t be this guy’.”

Star Wars (RMWC Reviews) Legends Never Die: Han Solo at Stars’ End — “The real standouts are the droids Bollux and Blue Max. Blue Max is an eager little super computer who’s amazing at technical feats but has the personality of a child and can’t move around by himself. Enter Bollux: a positively ancient labor droid with a laconic personality and Southern drawl who’s chest cavity is transformed into a housing unit for smuggling Max. They’re fantastic.”

Appendix N (Save Versus All Wands) Jeffro Johnson’s Appendix N: Preview to a Review — “Peterson was the neutral historian, a stance that was precisely appropriate for his task. I’ve read his 698 page book twice and think it’s clearly the book of record on the overall historical topic, as well as being endlessly fascinating. But I can see how some (who might have a mild aversion to long history books or whatever) might call it ‘dry.’ Johnson’s Appendix N is anything but, partly because the genre of Appendix N (it was for a while… number one in the Criticism and Theory category on Amazon) allows for and requires more in the way of opinions – an area in which Johnson does not disappoint – but also because, unlike the historian, Peterson, Johnson is writing as an active gamer, in part for active gamers.”

D&D (Save Versus All Wands) On Player Agency, Old School vs. New School and Published Adventures — “When I speak of an edition, I mean at least three things – a) the mechanics, b) the explanations, guidance or philosophy expressed in the text of the rule books and c) the associated products, such as adventures, marketed with it. Among other things, looking at b), 5th edition, which is supposedly a partial return to D&D’s roots, the current Dungeon Master’s Guide contains many pages of advice on how to create drama and suspense through careful plotting of your adventure etc., etc. (so here’s the core book telling you how to home brew a planned scenario). There is nothing like this in the three little brown books, Holmes. Moldvay/Cook (I don’t think) or AD&D.”

Pulp Revolution (Yardsale of the Mind) Review: Storyhack Issue 0 — “A Tiger in the Garden by the wonderfully-named Alexandru Constantin is a slight but entertaining story, perfect for a distracting vacation read. Valens, the sixth Marquess of Lahnsted, has fallen on hard times that have done nothing to curb his expensive tastes. While in Angkasa, a jungle trading port, he’s been indulging in the native ‘delicacies’ on credit – and the locals would like to settle up. Schemes, adventures, dark jungle magic and daring-do ensue.”

Pulp Revolution (Seagull Rising) The Scythe of Kronos (Cold Stars Book 2) — “The star-drive conceit is a nice touch – an hour of subjective time for the star-farers costs them twenty hours of time in the outside universe. It’s a hand-wavey way to deal with relativity that opens up a lot of potential for drama. Although FTL is present, there are no hop-skip-and-jump voyages. Even a short round trip will see the star-farers returning a day later. Which allows for considerable tension as a ship races to a planet, knowing that they will get there too late to do the defenders any good.”

Pulp Revolution (Ququ Media) The King’s Dragon by Jon Mollison – Book Review — “But what really makes this story exceptional, what really makes it stand out to me, is how well the friendship between Jason and King Alaric is written. By the time the story starts, they’ve known each other for quite some time, with a history together that could easily span several other stories before. Through the span of a few short chapters, the wealth and depth of a lifelong friendship is conveyed quite well.” 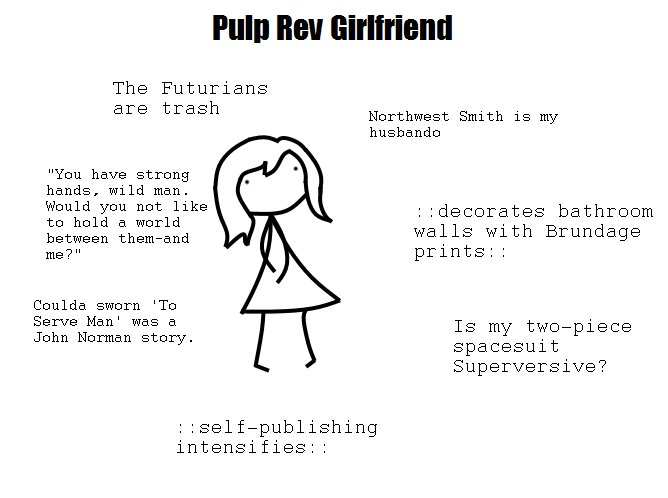 Roleplaying Games (Alex Mayo) Five Reasons Why James Bond: 007 is One Of The Greatest RPG’s Ever Made — “When asked about my favorite RPG of all time I never hesitate to gush over 007. It’s one of those designs that is so wonderful and elegant that you ache to run it the way Bond must feel behind the wheel of his Aston Martin DB-V. There are few games in history that have done such a wonderful job at creating the kind of experience you expect from its’ subject matter, in this case high-stakes espionage action in the mold of James Bond. And – it must be said – the game features what I consider to be, hands’ down, the greatest set of chase mechanics ever designed.”

Appendix N (JimFear138) DimensionBucket Media Books Are Now Available! — “Next up, we have a book that I’m personally very happy to be bringing to you all, The Phoenix on the Sword, by Robert E. Howard! For too long has Conan been remembered by that movie from the 80’s starring the former governor of California! It’s time to get back to the original stories, and to do that, we’re bringing the first published Conan story back into the eye of a public that has been starved for actual heroism and adventure! With cover art by the incomparable Kukuruyo, we hope that you all will join us in remembering why Conan was so popular, and in paying tribute to one of the men without whom things like the Pulp Revolution would not be possible.”

Appendix N (Colin Anders Brodd) At The Earth’s Core Revisited — “Now, I have to admit, when I was younger, I didn’t like ‘Hollow Earth’ scenarios. I thought it was silly when I read references to it in old pulp fiction. I thought it was silly when BECMI Dungeons & Dragons introduced a ‘Hollow World’ boxed-set setting (but I bought it anyway, or rather asked for and received it as a gift from my parents, because despite the silliness it had some great stuff in it!). I didn’t know then how much a formative part of D&D such ideas had been, how even E.R. Burroughs had written a series based upon it! The ‘Pellucidar’ series, begun in 1914, was his third great series, after ‘Barsoom’ and “Tarzan,” and even crosses over with ‘Tarzan’ at one point, I believe. As unscientific as a ‘Hollow Earth’ seems to us now, it was considered a serious possibility in the past, and Burroughs does his best to keep us firmly grounded in scientific possibilities in this book.”

D&D (The Ruins of Murkhill) On the topic of The Current Climate of OSR Relations — “I consider wilderness adventures, dungeon adventures and anything else all to be sandboxes, whether you put in a lot of time creating it up front or whether you create it in real time on the fly. If I tell my players that they see 10 portals shimmering in the air in front of them, there are usually several options that do not involve going through one of the portals. On the other side of each portal I picture in my minds eye 10 different planets floating in space, each unique and different, and it is never a case of having the same encounter behind all of the doors. My players keep going through portals.”

Appendix N (The Injustice Gamer ) Injustice Book Review: The Moon Pool by A. Merrit — “Well, firstly, there’s more imagination within most chapters of this book than within the great bulk of tradpub sff. Even the use of a biologist as the narrator gives the story character that most would not think of these days. And while the frequency of the entrance opening may not be unique, the solution to gaining entrance otherwise certainly is, as is the description of the entrance.” 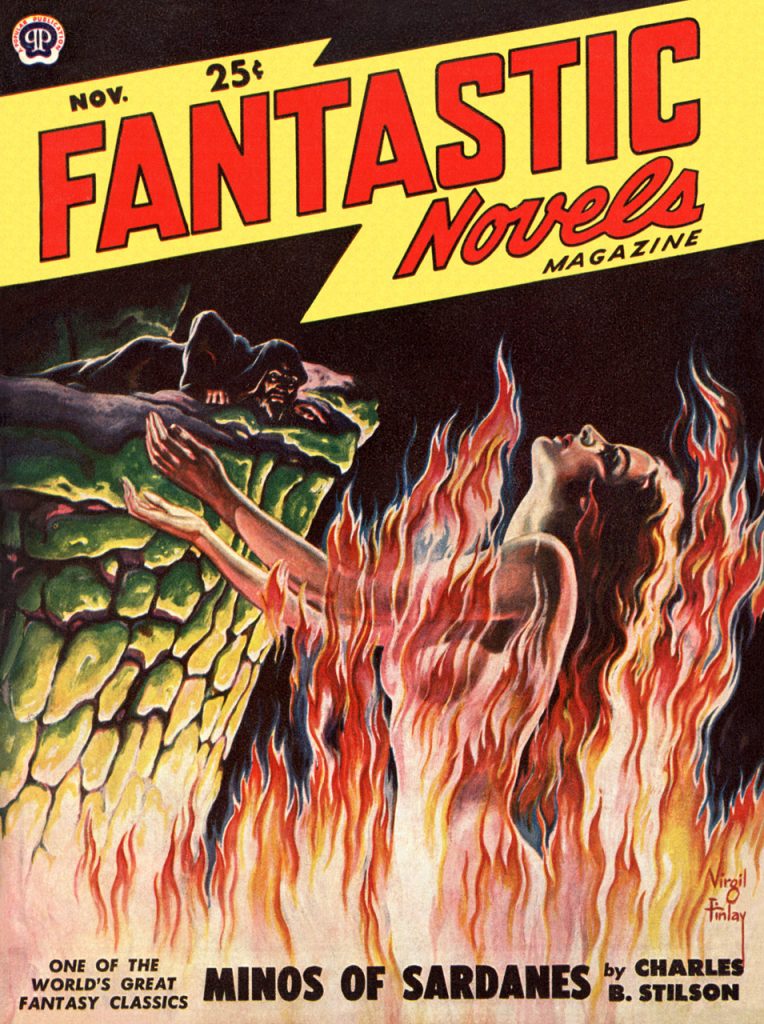 Comics (Ron Edwards) The smoking guns — “They both double-wield big-ass .45s, and blazing guns + mounds of corpses are generally common plot events. The removal of guns from such characters in the newsstand comics must be seen as an artifact, and all the more so during the early 1970s when ‘Batman does not kill,’ ‘Batman is traumatized by a gun,’ had to get justified with ‘Batman is the terrifying avenger of the night.’ When I say ‘had to,’ that may be a psychological and literary question, as obviously O’Neil and the others could just as well have ignored it and carried on.”

D&D (Save Versus All Wands) Jeffro Johnson on Old School vs. New School — “And of course, Jeffro arguably exaggerates the fun/deadly nature of many old school games and the goofy/clever plans and abilities of old school players, as well as the boring/stupid railroady totalitarianism of new school games – railroady totalitarianism in the interests of being nice, of course. But exaggeration or, rather, highlighting what something is in its pure form, is exactly what one does when one tries to give an explanation or definition.”