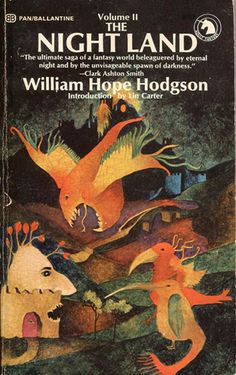 It Can’t Happen Here (Gaming While Conservative) Why Boys Don’t Go To the Movies Anymore — “Box office receipts are a tenth of what they were just a short decade ago, but this decline has nothing to do with the quality of the product. A host of excuses were proffered ranging from boys being stupid to boys being dumb. Literally no one can even think of any other reason that boys might have drifted away from a medium that used to affirm the timeless virtues of strength, honor, and self-sacrifice. Literally everyone thinks films that glorify the sexualization of pre-pubescents and that provide constant affirmation that girls everywhere are awesome and special and deserving of rewards and accolades regardless of their actual accomplishments are the only kinds of film that should have ever been made.”

Pulp Revolution (PulpRev) My Winding Road To PulpRev — “How could science fiction and fantasy have fallen so far? When did tales of galaxy-spanning empires give way to interchangeable dystopias in generic Earths wrecked by the predictable boogeyman of climate change? How did military science fiction, the literature of high strategy and wartime ethics and futuristic tactics, become stylized shoot ’em ups or bland sludge about everything but the military? Why do modern SFF stories have characters clinging to 21st century progressive cultural and political values in settings that could not justify them, while old-time stories had entire schools of thought and cultural norms that flowed organically from their settings?”

Appendix N (Seagull Rising) Appendix N: The Generation Gaps — “They rejected the things their fathers honored like selflessness, romance, virtue, and…well, honor itself.  And you can’t read Burroughs or Howard without being infected by those ideas, so in order to preserve their carefully manufactured worldview that put them at the center of everything good and right and just, they had to treat the hard working and creative men and women who built the world of science fiction just as they had memory holed everything about the Silent Generation that wasn’t focused exclusively on how great the Baby Boomers are.”

History (Atlas Obscura) Medieval Scholars Believed in the Possibility of Parallel Universes — “By the 15th century, medieval ideas about the universe had spun far from Aristotle’s idea of a single world, with earth concentrating at the center. The theologian and astronomer Nicholas of Cusa, who lived from 1401 to 1464, believed that if you were able to leave the earth, you would find multiple luminous bodies existing alongside our own world—far-off stars, planets, and moons. He even went so far as to imagine that these planets might be inhabited: he thought the sun might have bright, intellectual inhabitants, whereas the moon might have a ‘lunatic’ population.”

Regress Harder! (Cirsova) Update on “The Future”™ — “Even with our guidelines clearly spelled out, it’s obvious that a lot of folks don’t really get what we’re looking for when they submit – part of that is that folks don’t always look at the markets that they’re submitting to (a problem that will be addressed, to a degree, by going invite only for a bit), but also I feel like I’ve failed to make it understood just what I’m looking for because people are not nearly as aware of the examples I’ve held up as I think they should be.”

Computer Games (The Digital Antiquarian) Adventureland, Part 1 — “Within the IF community, however, Adams’s works are usually mentioned, if at all, only as historical curiosities, and certainly aren’t accorded even a sliver of the respect given to the Infocom canon, outside of a handful of reactionary voices who declare this lack of respect for Adams’s simplistic but fun games to be symptomatic of the general literary pretensions of the community as a whole that have made the modern text adventure a No Fun Allowed zone.” 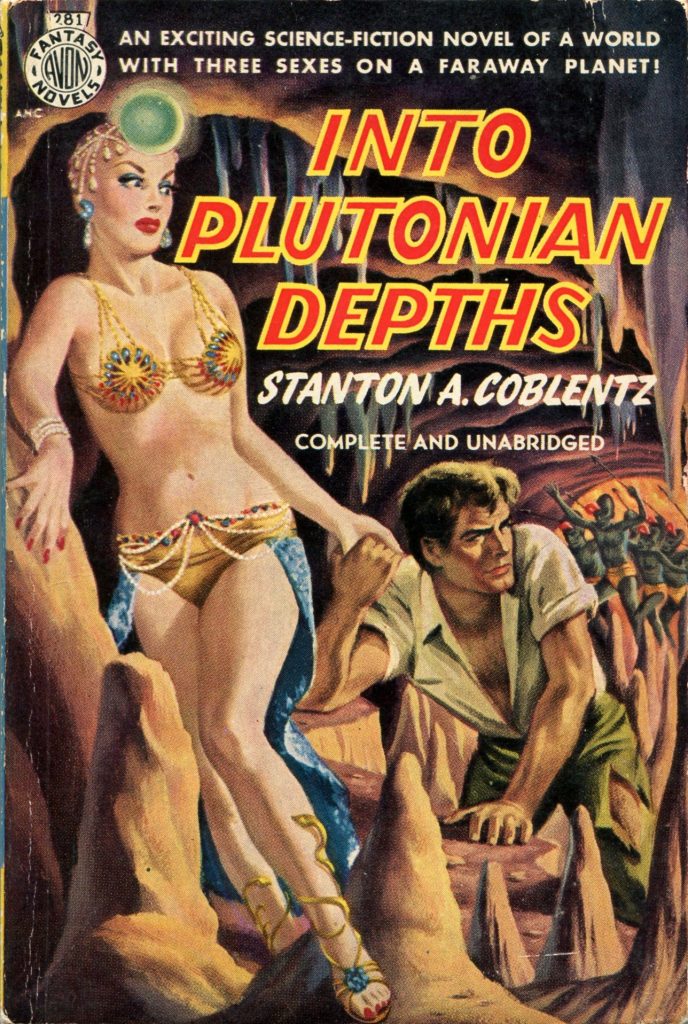 Traveller (Tales to Astound) My Favorite SF RPG… — “The PCs can’t do everything, of course. The character generation tables offer a limited set of skills, and PCs will only have a few of those per PC. But this means that if the PCs don’t have the skill set available they will have to come up with adventure-driven schemes and shenanigans to keep going: steal the part they need to fix their ship because they don’t know how to fabricate it; get to the professor of ancient languages held against his will on the estate of the noble to translate the alien tablet they found; sneak into the government building using a clever ruse because this group doesn’t have someone with Computer skills; and so on.”

Role-Playing Games (Walker’s Retreat) My Life as a Gamer: The Palladium Fantasy RPG — “You can’t see it as well in the current (second) edition of the fantasy game, but you can see how this game emerged from a series of tinkerings and other house rulings made to Dungeons & Dragons. But you don’t enjoy a Palladium game for its rules or its mechanics. You enjoy it for the sincerity and earnest qualities of its setting and supporting supplements, because man does this ling has some gems in it that make the more mediocre parts seem greater than they are. The Wolfen Empire being Rome-as-Wolves is brilliant, especially if you actually know Roman mythology and have some familiarity with its history.”

What’s in a Name? (PulpRev) Are you PulpRev? — “To be PulpRev is a rebellious act! It means not relying on gatekeepers to tell you what is good. It is the quest to find FUN from any accessible fiction supplier. Perhaps you’ve heard of the Pulp Revival, which is the renewed interest in the pulp fiction of a bygone era? Perhaps you’ve heard of the Pulp Revolution, which is a contemporary movement to write works worthy of the pulp era. PulpRev is all of these things encompassed in one word.”

SuperversiveSF (Sci Phi Journal) Paradigm Shift: The Making of Sci Phi Journal 2.0 — “The plan is simple: if the readership grows, then the number of paying subscribers will rise, which will allow us to pay more to writers, and eventually return the magazine to profit. Loyalty will also be rewarded. Authors that regularly contribute stories or articles will be first in line for increased rates of pay. The most loyal subscribers will receive special one-off benefits, such as the opportunity to acquire original artwork, or to set the challenge for the writing contests we intend to run in future.”

Short Fiction (Justin’s Reviews) I, the One — “Its been a while since I brought a short story but this on peaked my interest. It has a nice flow to it and an interesting conclusion, made me think ‘wow’ when I had finished.”

Game Design (The Mixed GM) Help Me Playtest “Demons In Space” — “Mankind thrived. Innumerable worlds offered their riches to explorers and colonists. Malcontents left to make societies in the mold of their beliefs. Dreamers headed out to form their utopias. So much room, so much abundance. There was always more, another world, another belt of mineral rich rocks floating in the ink black sea, another warm sun to welcome immigrants. The great militaries of the world shrank in the face of a durable peace. In small forward bases scattered throughout the systems the Marines kept watch against pirates and raiders, men that found a different sort of opportunity in the wonder of the Thorvald Gates. Meanwhile mankind continued exploring and building. The Golden Age had arrived. But in the dark places of the universe something stirred….”

Role-Playing Games (Walker’s Retreat) My Life as a Gamer: Palladium’s Brilliance in Liminality — “The way Palladium gets away with this is by leaning heavy on iconic imagery and archetypal characters. That Roman Wolfman? He’s in the full Legion garb of a Post-Marian soldier, and so’s the rest of his unit. It’s not hard to conceive of the speed with which Wolfen adapted pack-based hunting and fighting to Roman Legion discipline, with Centurions being civilized pack leaders and units being raised not only from the same tribe, but from the same generational cohort of the same clan. Neither is it hard to see how the viciousness of Roman politics acquires a new meaning when the ‘Romans’ are humanoid wolves.”

Space Games (Just the Caffeine Talking) Island of Lost Games: Universe — “There were some nice bits in Universe. The wonderful star map, obviously. The star system record sheets were useful; I used them in my Traveller game so that systems could hold more than one planet. I also used the resources and trade goods chart. And there were a couple of gadgets in the game’s list of equipment which were worth poaching. But overall . . . a combination of ‘meh’ and ‘huh?’ Where Universe wasn’t overly-complex it was vague and poorly-described. Most crucially, there was no sense of what the characters were supposed to do. Given the emphasis on environments and encounters, I guess the designers envisioned a Star Trek style game of exploration. A giant hex crawl. But the vagueness meant one never had a sense of why the characters were going to be exploring.” 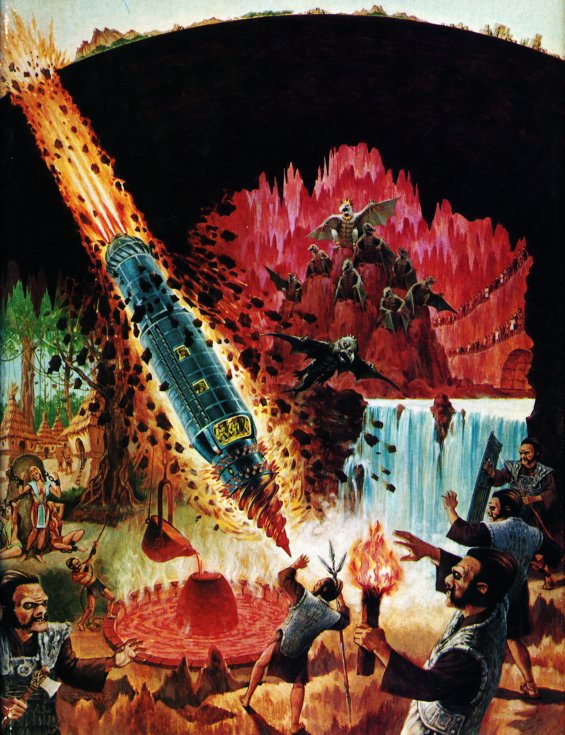 Movies (PulpRev) 7 Writing Lessons from Wonder Woman — “The main flaw running through Wonder Woman is the assumption that Women are Wonderful. Diana makes no major mistakes and does not pay the price. She walks around with a sword in wartime London and nobody bats an eye; she wears her sword in the back of her dress at a fancy dress ball and nobody notices or cares. She leads an Allied army on a suicidal attack across No Man’s Land but it somehow makes out unscratched. Ares conveniently comes to her instead of making her fight to find him. As an Amazon she is destined to defeat Ares, so instead of having to work for her victory all she has to do is pour on MOAR POWA until he is defeated.”

Old School Fantasy (#FolkloreThursday) Ferrous Friend or Foe? How Iron Became the Enemy of Fairy Folk — “The Britons had a reputation for being small in stature yet fierce warriors, and possibly adept at magic. They seemed to be able to appear and vanish at will from among the trees of the forests and among the hills. According to some early Roman accounts, the Britons would spike their hair with white lime and cover their bodies in swirling patterns of blue woad for battle, possibly to enable them to vanish into the pattern of clouds in the sky or reflected on the surface of lakes. This resulted in a belief that they could appear out of thin air and make their getaways via ‘portals’ in lakes and rivers. Some have suggested that this is where the myth of the fairy folk began. These ‘fairy folk’ who used ‘magical’ tactics were armed with bronze, which was no match for the iron blades of the invaders. Therefore, iron became known as the enemy of the ‘fairy folk.’”