Indie Fiction (Jon Mollison): Given that indy comics are shouting into the gale-force winds of multi-billion dollar marketing campaigns.  It’s hard to get noticed, and every little of help that I can offer my fellow creatives is time well spent.  These reviews aren’t just the writings of a fan, they are recommendations to help you choose the best works to fill your time.

Fiction (Matthew Hoskin): I was reminded of this poster recently, reading

my Oxford World’s Classics edition of Ludovico Ariosto’s Italian Renaissance epic, Orlando Furioso. The cover depicts Ruggiero rescuing Angelica, mounted on a winged steed (bird? hippogriff? I don’t know yet), lancing a dragon from atop his mount. Angelica is nude.  This led me to start thinking about Howard and Ariosto. Now, I’m not saying that Robert E. Howard ever read Ariosto (or Boiardo’s Orlando innamorato).

Gaming (Kraken Originals): Four more Mythical Mystics are ready to be released into the wild. Mermaid, SaberWolf, Unicorn, and Yeti will be available for sale at 6pm PDT on 10-24-19. The different ink options give each set a very unique and different look from their counterparts, and with our Naked sets the outcomes are endless! Don’t miss out on completing your collection with these 12 or 14 piece sets.

Fiction (Goodman Games): So even when Joe Goodman suggested doing 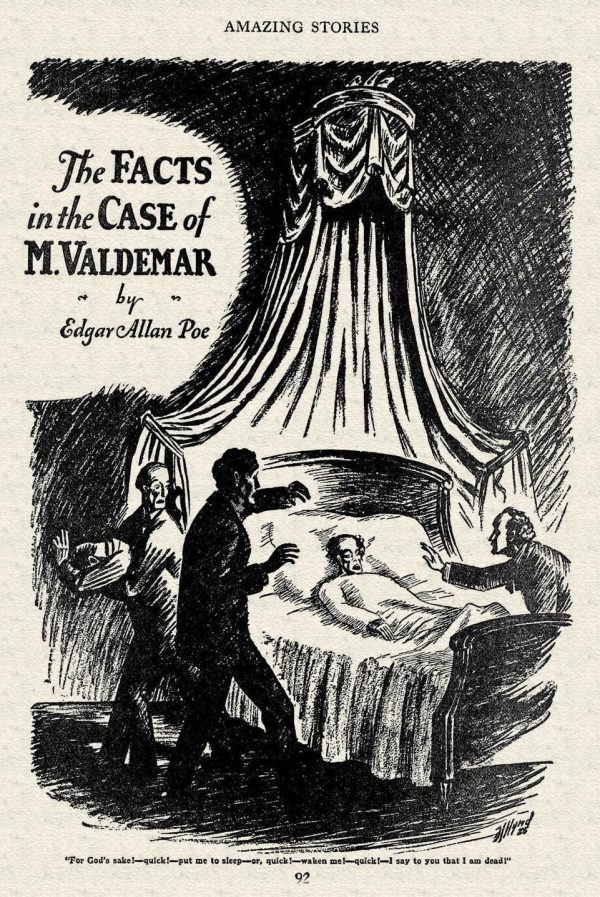 some Appendix N Archaeology articles, I had not thought of the Bard of Baltimore until he suggested revisiting Poe. And in retrospect, decades from those dreaded reading assignments, I can think back, remember stories like The Pit and the Pendulum, The Masque of the Red Death, and The Telltale Heart and realize that he was, more than Hawthorne or Stoker, the father of modern horror fiction. Before Poe, there were horror stories and novels like Varney the Vampire or Geoffrey Lewis’ The Monk, but the majority were more morality stories than anything else or ended, Scooby-Doo-style, with the villains unmasked as mere charlatans.

Gaming (Nerd Stash): Destiny plays a major role in Call of Cthulhu as well. Your choices have a lasting impact on the world and Pierce and will make all the difference in the final moments of the game. Choose to betray a character’s trust and they may not assist you in a key point of the game. While helping them with something will earn you a reward later on that may get you to a different area or give you a new piece of lore. I’m a huge fan of pen and paper roleplaying games and Call of Cthulhu plays out exactly like one. That’s excellent seeing as it is based on the same mechanics as the RPG of the same name. 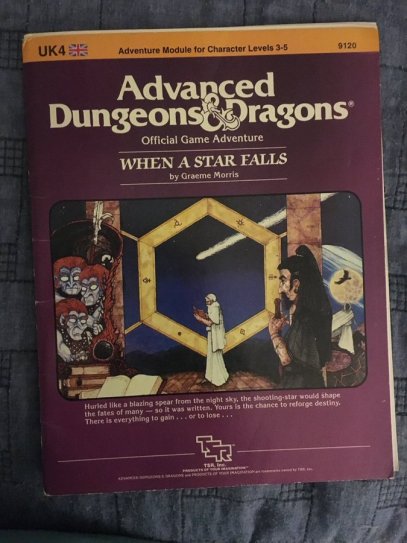 We start today with another of the UK-produced modules, which tend to have a very different flavor and welcome quirkiness when compared to their US counterparts. The fact that this module is written by Graeme Morris is a good sign: Morris was an author or co-author of many excellent modules from the TSR UK office, including Beyond the Crystal Cave, which I’ve written about before!

FIction (Cleveland.com): But it wasn’t “Star Wars” or Atari that made the 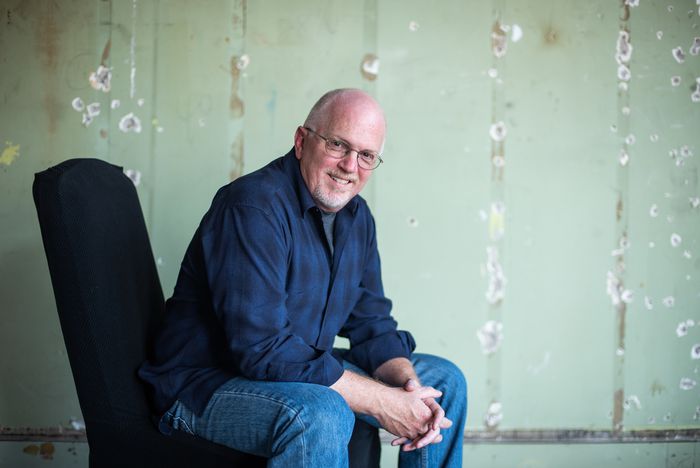 biggest impression on the Cleveland author growing up. Thanks to his father, Bruening grew up reading the pulp fiction of the pre-World War II era, the noirs and adventure tales and Westerns and aviation tales that kept earlier generations rapt. “My father was born in 1929, six months before the stock market crash, his childhood was defined by the Great Depression and then war,” says Bruening. “He read all of the adventure classics, Kipling, Dumas, Edgar Rice Burroughs, cowboy stories. He was really enamored of that whole type of entertainment. 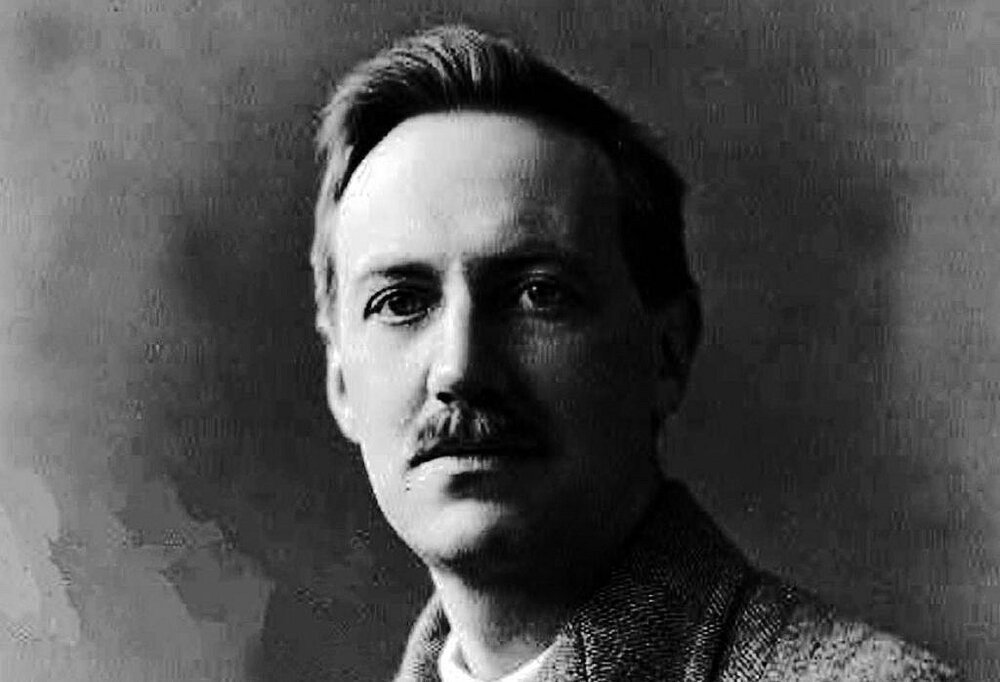 known as Lord Dunsany—passed beyond the Fields We Know on this date in 1957. H.P. Lovecraft, was, without a doubt, one of the foremost Dunsany fans to ever walk the earth. Below is the poem he wrote in tribute to that titan of fantasy literature. As far as I can ascertain, HPL’s ode to Dunsany was written in 1919. Lovecraft would precede his idol to the grave by two decades.

pen name Adam Rutledge, James Reasoner wrote a six-volume series of books for Bantam entitled THE PATRIOTS. As the over-arcing title suggests, these stories are set during the Revolutionary War years when young America rose up and won independence from England.

Fiction (Don Herron): Far be it for me to sit on my beanbag when you guys are having all the fun with the Siege of Malta. This inscription is from The 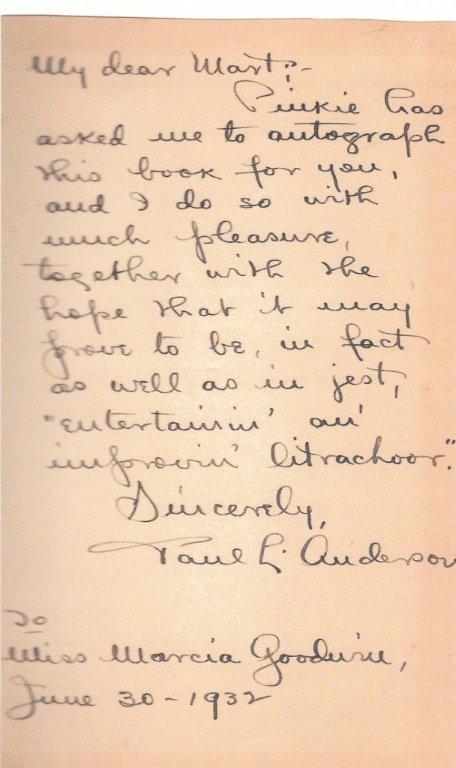 Knights of St. John (1932), a novel by Paul L. Anderson which — while I haven’t read it — undoubtedly deals with the siege. Just check out the Dedication. Anderson of course is well-known for his stories of prehistoric man which appeared in issues of Argosy during the early 1920s. These stories were obviously enjoyed by Robert E. Howard, and influenced him when he wrote tales such as “Spear and Fang.”

Culture Wars (Brian Niemeier): Merely mentioning a Disney/Marvel property, even to negatively contrast it with a superior indie work, just gives the Devil Mouse brand social proof as the one to beat.

Refusing to feed the beast doesn’t suffice by itself, though. We also need positive messaging that promotes superior alternatives. Freeing Gen Y fanboys from the nostalgia trap has also proven more of a challenge than even I anticipated. Studying methods professionals use to combat addiction and deprogram cultists may be in order.

Horror (Ireland XO): The people of Ireland have a reputation for their skill as storytellers with the nation producing some of the most lauded novelists, playwrights, and poets that the world has ever known. The genre of horror is no different, as three of the great early authors in the field had either immediate or very close connections with Ireland.

Horror (Digital Bibliophilia): There is a point while I was reading The Spirit

by Thomas Page that I had flashbacks to the fairy tale Goldilocks and the Three Bears. I won’t spoil anything, but if you read the novel, or have already read the novel, it might happen to you too. I read the re-print version by Valancourt Books, which has come about via the enormous success of their coffee table reference book Paperbacks From Hell by Grady Hendrix with contributions from Will Errickson. 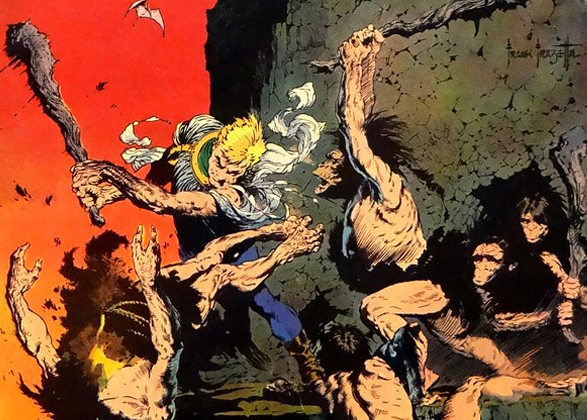 Gygax, the main co-creator of Dungeons and Dragons (and an entire gaming industry) would fess up to being influenced by the art and storytelling found within the comic books of his formative years. But they are not just any old comic books that he mentions; Gary took the time to single out the creative output of one particular company among the veritable sea of comic books being printed at the time. Yes dear readers, the creeping tendrils of Tales from the Crypt, Weird Science, and Vault of Horror have been christened part of the root system beneath the mighty sequoia that is Dungeons and Dragons.

Westerns (Brandywine Books): The scene above, (involving lost luggage) near the beginning of Owen Wister’s novel, The Virginian, seems to me to foreshadow a major theme of the novel. This is a panorama painted on a canvas a thousand miles wide. The landscape itself is a character in it. It’s a slow book, episodic and discursive, but that’s because everyplace is a long way from everyplace else, and travel takes time.

Robert Jordan (Every Day Should be Tuesday): Decades ago James Oliver 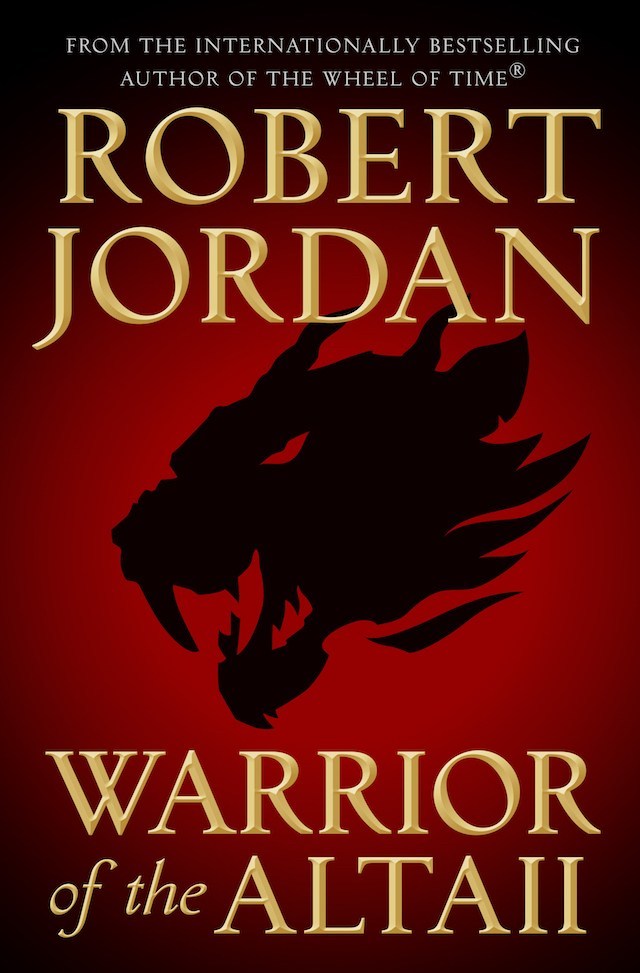 Rigney Jr. wrote a book.  That book allowed him to break into the publishing industry.  He sold it several times.  It established his working relationship with Harriet McDougal, who would become his wife.  It led to his first published book, The Fallon’s Blood (as Reagan O’Neal).  It led to a gig writing (eventually seven) Conan pastiches for Tor, this time as Robert Jordan, the pseudonym he would make famous.  It also heavily foreshadows themes and elements from The Wheel of Time, his landmark work of epic fantasy.  It was not, however, published before his death.

Pulp Magazines (Mystery File): Have you ever received a book in the mail 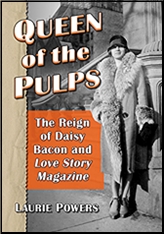 and immediately stopped what you were reading, stopped whatever you were doing and sat down and read the book? This is what happened when I received Queen of the Pulps. I had seen Laurie Powers work and do research on it for several years and finally here it is! She must of gotten sick and tired of me nagging her about the book and asking for progress reports.

Writing Philosophy (Rawle Nyanzi): The post — and the novel it reviews — asserts that good and evil are real, and that with great struggle, good can overcome evil. The novel in particular asserts that the Christian God is the source of this good, and that through Him, all things are possible. On the other hand, the tweet decries those who find the Joker film to be too nihilistic. Its writer asserts that the movie did well because heroism is dead. According to him, no one wants heroes anymore because society is corrupt and collapsing, with nothing to look forward to.