RPG (Modiphius): The John Carter Swords of Mars miniatures line is made up of 32mm scale high quality multi-part resin miniatures which come 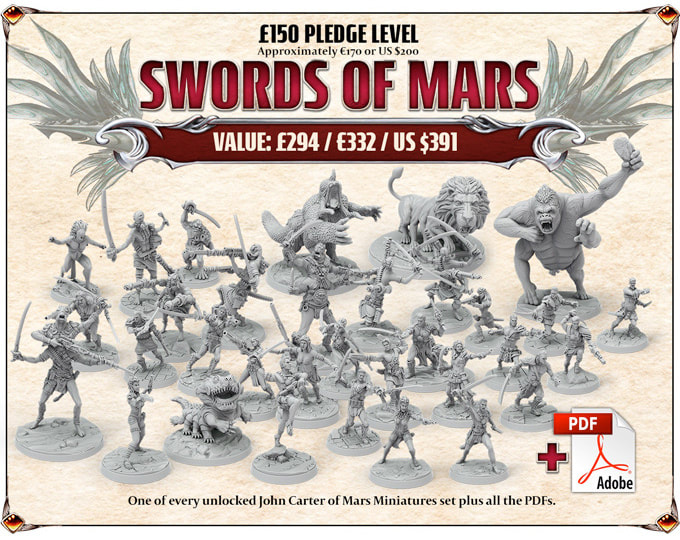 complete with resin scenic bases. The Swords of Mars campaign book includes a set of rules to play out battles involving squads and heroes, fighting across moving airships, desolate ruins or the beautiful palaces of Barsoom.

Writing (One Last Sketch): A long while back, I wrote a short essay called “Writing the city” that I never published, yet the misgivings that went into that essay keep stirring my brain. The main question is this:

In literary criticism of fantasy, why are long descriptions of the natural world and farmland or villages often labeled as boring, but when China Miéville fills page upon page with adjective-laden descriptions of architecture, this passes without comment, or even gets praise?

Art (DMR Books): Fifty-five years ago today, Wayne Francis Woodard, better known as “Hannes Bok,” died in poverty. He was friends with, and had 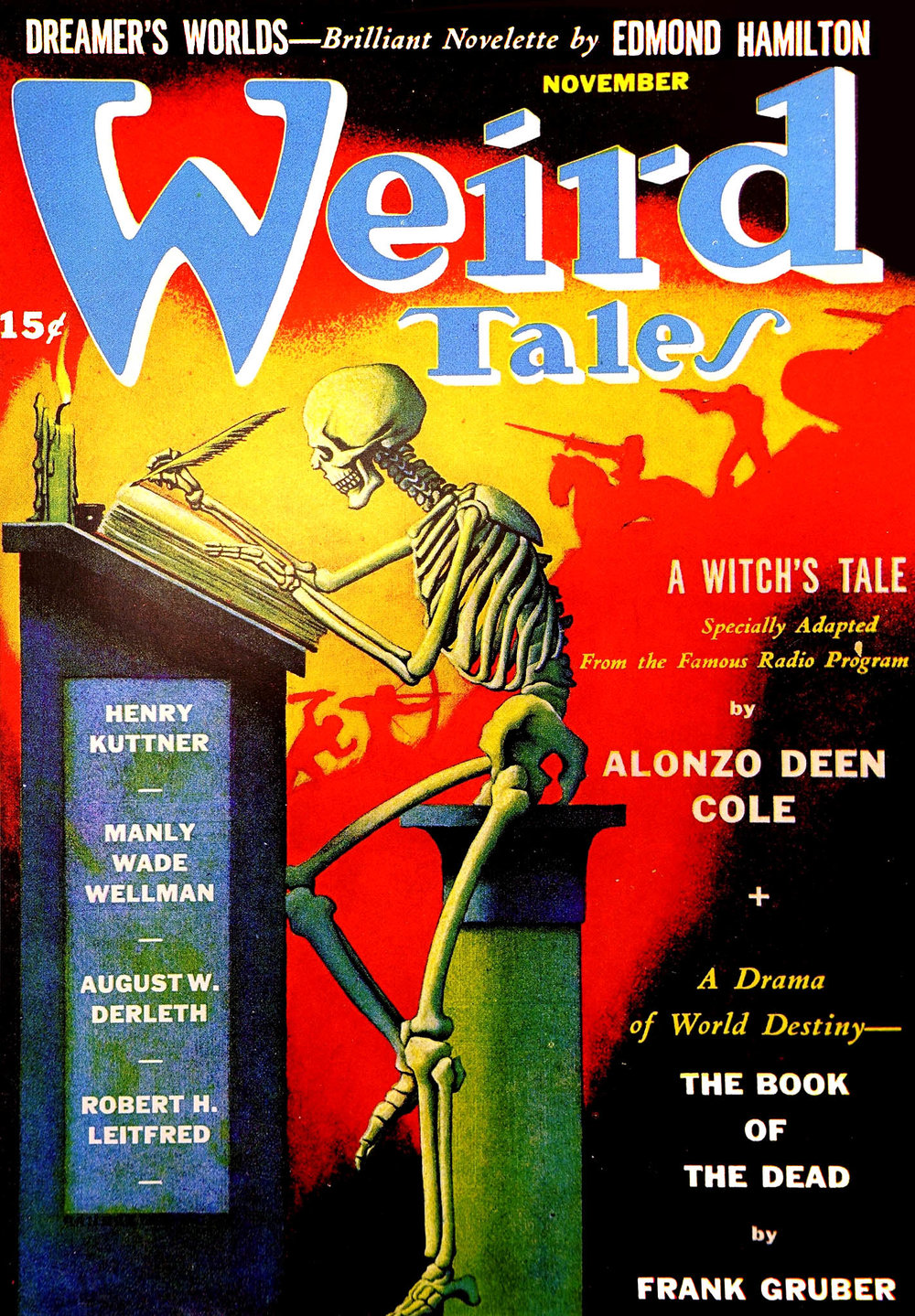 his work admired by, the likes of Ray Bradbury, A. Merritt, August Derleth, Farnsworth Wright and others.

I must confess that I’ve always been ambivalent about Bok’s art. While I find some of his work truly excellent, I consider much of it average or even poor.

Fiction (DMR Books): It’s fascinating how the paths we take in life shape who we’ll become and what we’ll leave behind, when–on that fateful day–

we’re blasted by the emerald lightnings of The Emperor’s Guard at the Pit of the Metal Monster.

For me, the dregs of life will be a room full of books.  For A. Merritt, luckily for us, it was his wonderful novels, few tho’ they may be, and the short stories and poetry he crafted during a relatively short lifetime.

But, whereas the ashes of our mortal clay will be scattered before the feet of the Metal Things 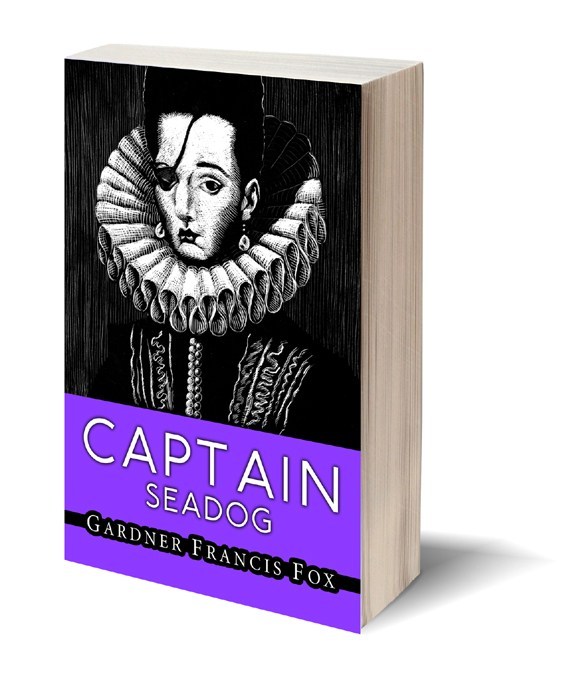 books in the order as Mr. Fox wrote them. I am doing the book cover designs based on when the transcribers who are assisting me, finish one. As they complete a book, it will be the newest release, so it will get a new book cover design. I also have to go back and replace the photo-bashed covers I made when I first started The Gardner Francis Fox Libraryin 2017.

Conventions (William King): So that was Carcosacon and it was a lot of fun. A bunch of us drove up from Prague to Czocha Castle for a weekend of games, panels and live action roleplaying all dedicated to the Cthulhu mythos. We got there on Friday morning, checked in and were gaming by one o’ clock that afternoon in a library that looked like something from Dennis Wheatley complete with a secret doorway hidden in a bookcase that swung out to reveal a spiral staircase up to yet another gaming room. I thought there never was a better setting for a Call of Cthulhu session but I was wrong, and I’ll get to that later.

RPG (Sorcerers Skull): Gygaxian Esoteric Planes: Places that often bear the names and some of the characteristics of various historical conceptual realms but are more defined in their characteristics. They are inhabited by supernatural beings that tend to behave like mundane beings, the only difference being “power.” Geography tends to be more important than in conceptual realms; planes can be mapped to a degree, and travel along associated terrain may be necessary.

Reviews (Don Herron): Our resident expert in everything Arkham returns to review a new (if repurposed) book on the fabled press. John D. Haefele certainly burst fully-formed on the scene with his A Look Behind the Derleth Mythos, but he’s done a ton of stuff on the subject, most recently a run of articles appearing in Crypt of Cthulhu. See his Amazon page for a thorough list of books, chapbooks, monographs, web and print surveys. He knows the turf.

Cinema (Superversive SF): Can the story take a place on a bus rather than on a space ship without being fundamentally different?

Outland, an obscure movie starring Sean Connery at the low point of his career, cannot be set on a bus, but it most definitely did not need to be placed in space. It is, no pun intended, fully grounded in the traditional western genre in the theme, plot and pacing. There are even shotguns. Lots of shotguns. In a pressurized environment. All that’s missing is the tumbleweeds. We do get treated to the sight of some gyrating balls of… something, but the less said of those the better.

Gaming (Rampant Games): In case you haven’t figured it out, I am a Virtual Reality enthusiast. I’ve been looking forward to the coming of 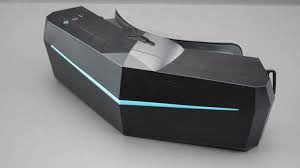 consumer-level Virtual Reality since the early 90s. I expected it a lot sooner than it got here, to be honest, but I’m glad it’s here now. I love that I get to work with it as part of my day job. Anyway, I have been willing to sink a bit of cash into it this hobby… to the extent that I pre-ordered a Pimax 5K+. Offering about the highest resolution out there and 170+ degrees of field-of-view, it seemed like a game-changer for PC-based VR.

Cinema (Men of the West): First, the good: As you would expect from any sort of Peter Jackson flick, it has gorgeous F/X. The visuals and modeling 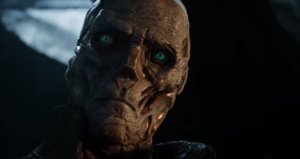 for the various vehicles and aircraft are marvelous. The colorizing to help set the tone, the costuming, etc., are all spot on. The acting was decent. The set design was pretty cool. The basic premise for the story was decent if absurd (mobile cities on treads?), with an interesting twist on the post-apocalypse genre. They had a fun dig at the near illiteracy of today’s people in the “screen age” (showing iPhones, etc), saying “they didn’t write much down.”

Author Interview (Superversive SF): What does superversive mean to you?
Superversive is the building of things never seen before to heights unreached. It builds where others have torn down, and gathers together all good things to be made into something greater and more wonderful than they were before. Where before one might find a blasted heath, one finds a garden growing by the Grace of God.

Review (Fantasy Literature): As I mentioned in my review of Gray Lensman, Book 4 of E.E. “Doc” Smith’s famed six-part LENSMAN series, that

installment, although it followed its predecessor, Galactic Patrol, by mere seconds storywise, was actually released over 1½ years later; 20 months later, to be exact. Book 5 of the series, Second Stage Lensman, would follow the same scheme. Although the events therein transpire just moments after the culmination of Book 4, readers would in actuality have to wait a solid 22 months to find out where author Smith would take them next.

Art (Northwest Adventures): Jack London’s The Call of the Wild was serialized in The Saturday Evening Post from June 20 to July 18, 1903, only five 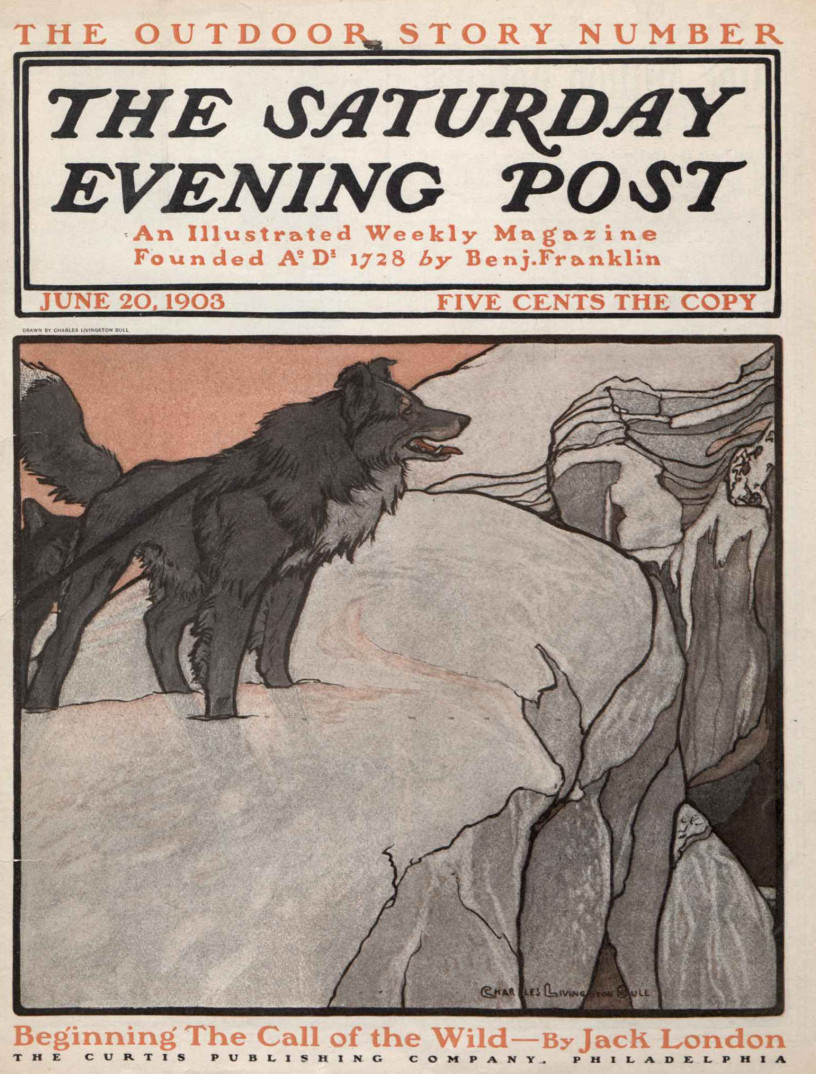 years after the Stampede of 1898. It was an instant classic and the quintessential novel of the Klondike. The five-parter was accompanied by illustration from two artists, Charles Livingston Bull (1874-1932) and Philip R. Goodwin (1881-1935). Bull was hitting his stride, illustrating books for Charles G. D. Roberts as well as magazine covers but Goodwin was only 22 and just starting out on his career that would include illustrating Teddy Roosevelt’s book on hunting. The two artists together is a nice blend of Bull’s stylized poster art (which remind of Kay Nielsen’s fairy tale art) and Goodwin’s realistic dog forms.

Art (One Last Sketch): No other imagined world has generated as much illustration as The Lord of the Rings. Considering the sheer amount of artistic material to draw from, however, even before the live action adaptations came out in 2001, we already had a consensus “look” for Middle Earth in John Howe and Alan Lee’s paintings. Why the collective consensus for what Middle Earth should look like coalesced around these two has a host of factors, one being how prolific they were, how often they appeared on book covers and ancillary material, and the last being their obvious skill.

Fiction (Pages Unbound): You may have some familiarity with The Silmarillion and seen these newer works being published that are part of it. But maybe you are not sure where they came from, or how they fit in to the larger work. Here is the scoop: you

can pick up any one of the three separate works from The Silmarillion that have been released as standalone volumes and enjoy it on its own. They are The Children of Hurin, Beren and Luthien, and The Fall of Gondolin. Some say the reading order should be publication order, but you would not be wrong to read Beren and Luthien first.

Obituary (Washington Post): George Stade, a Columbia University literary scholar who became an early champion of “popular” fiction within the academy and worked as a critic, editor and novelist, most notably with the grisly satire “Confessions of a Lady-Killer,” died Feb. 26 at a hospital in Silver Spring, Md. He was 85.

Tolkien (Alas Not Me): The Mouth of Sauron’s encounter with the Captains of the West in The Lord of the Rings has been reminding me of the 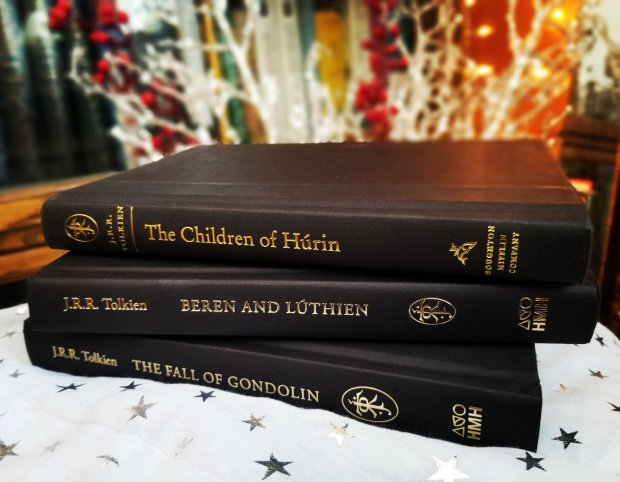 The initial set-up is quite different, naturally.  The Green Knight comes in uninvited without any introduction or explanation — the reader is thus in the same boat as members of Arthur’s court — whereas Tolkien gives us some backstory on the Lieutenant of the Tower of Barad-dûr when he comes out in response to the heralds’ challenge.  The Green Knight arrives alone on a color-coordinated steed that seems an ordinary animal except for its hue, but the poet hints the knight himself might possibly be supernatural (“Half etayn in erde I hope þat he were”).  Intriguingly, the similarly color-coordinated fellow who approaches Aragorn & Co. is almost exactly the inverse, i.e., a living man on a possibly supernatural mountm