Pulps (The Pulp Net): When I was first involved in the pulp fandom world in the late ’90s, I saw ads for Keys to Other Doors. Subtitled “some lists 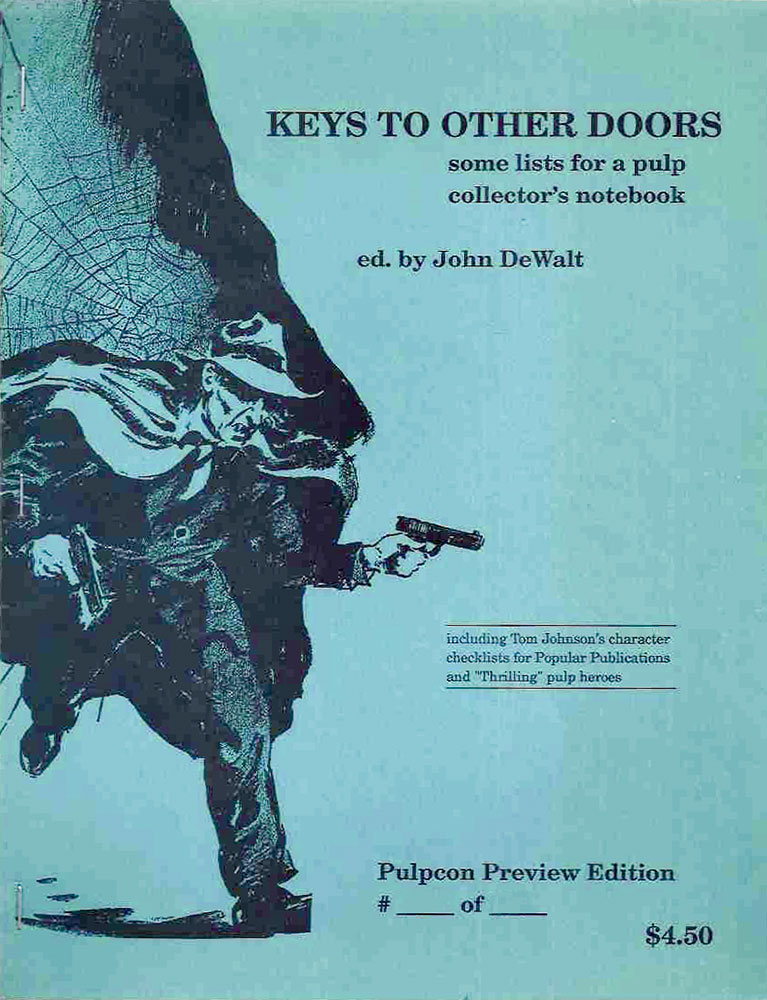 for a pulp collector’s notebook,” it was put together by John DeWalt. There were at least two versions, a first version in 1995 with a revised version in 1998.  I believe the 1995 version has a blue cover and was done for Pulpcon.  I got the 1998 version which has a red cover.

I didn’t get it at the time and only recently got a copy. I wish I had gotten a copy back then, as I had to work to find some of the information, and thanks to the Internet and various websites, a lot of this information is now easy to find. But, there is information here I was not aware of despite that. So there still is value in getting it.

Publishing (Chaosium): Chaosium, Inc., publisher of the celebrated roleplaying games Call of Cthulhu and RuneQuest, announces the relaunch of their fiction program.

The Chaosium fiction line originally launched in 1992 and was suspended in 2015 during a general company restructuring. Subsequently, Chaosium management brought on publishing and gaming industry veteran James Lowder as a consulting editor to help resolve any outstanding contract and payment issues with authors, editors, and artists.

Lowder then drafted new, creator-friendly contracts for the department, worked with SFWA to register the company as a qualifying professional market, and then commissioned a schedule of new, creator-owned fiction releases, in both print and e-book formats.

RPG (Jeffro’s Space Gaming Blog): The RPGPundit is back with another video in his series on “Things They Taught You Wrong on Purpose”, this 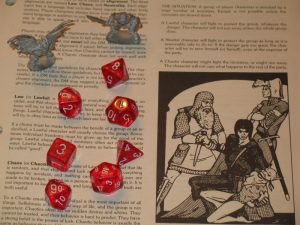 time on the topic of equal spotlight time for all players no matter what. He is absolutely correct that this is antithetical to the rpg medium. One thing I will add here is that the returning to “3d6 six times in order” for attributes produces a far better outcome at the table than going along with the conventional wisdom on this.

Here’s why: When D&D is played this way, most people tend go with the class that has a prime requisite that matches their highest attribute. When combined with a challenging, high death scenario, this results in each character niche being frequently redistributed almost at random. People that would normally play a bombastic high charisma fighter end up playing a scruffy, sneaking thief with hilariously low hit points. People that prefer to play the stout, law-abiding cleric can very easily find themselves in a situation where they have the privilege of making that choice between Magic Missile, Charm Person, and Sleep for the party’s one and only spell!

Writers (Don Herron): In the course of researching his book on the boxing world of Robert E. Howard, Brian Leno keeps tumbling to 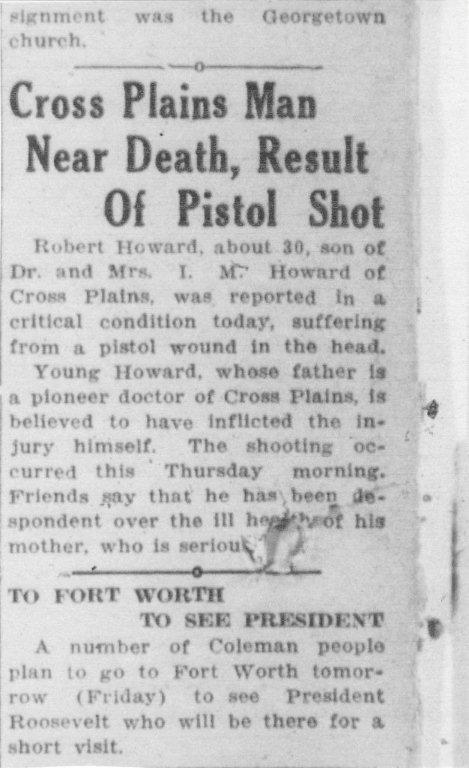 interesting tidbits — such as the news item above.

Brian notes, “As far as I know, this is a first — printed at a time when Howard was still alive after shooting himself, and his body was fighting to keep him alive.”

Pop Culture (Walker’s Retreat): A few days ago, I made a post where I point out that we have sufficient independent media outlets (each with sufficient audience sizes) that we no longer need to put up with the mainstream. We can–and we should–network among ourselves henceforth and cut the MSM out entirely.

So I decided that right now we’re in a position where the various clusters I see as being close enough together to benefit from this sort of move, and this morning I did take that first step: I made sure I was in the livestream for Morning With Pop Culture, the new morning show that World Class Bullshitters now puts on during the week. I lucked out today; Jeff (the host) decided to do an Ask Me Anything segment and I got the question answered.

Comic Books (Of Wolves and Men): Haven’t posted anything for a while so I figure I’ll share some of the old covers I saved on an impulse.

Fiction (RMWC Reviews): Star Wars casts a long shadow across science fiction and fantasy. For most people in living memory, it is THE example 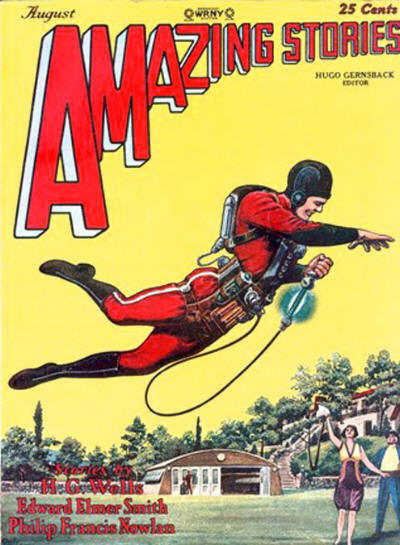 of the power of Space Opera on audiences. But George Lucas stands on the shoulders of another giant: Alex Raymond, the creator of Flash Gordon, and Raymond stands on the biggest shoulders in all of Space Opera, a humble food engineer specializing in donut mixes from Sheboygan, Michigan, named Edward Elmer “Doc” Smith (1890-1965).

Fiction (John C. Wright): I have notice more than one fan of mine (I have at least two, counting myself, and my mom) lauding elements in my stories which I shamelessly steal from better authors. As a public service, I would like to mention those authors, and lead you to the original of which I am but a shadow:

I suggest that if you like the family infighting, larger-than-life superhumans, and intrigue, you read yourself some Roger Zelazny’s deservedly famed Amber series. It is a delight: a film noir detective tale (starring my personal favorite character, an amnesiac), which morphs into a fantasy and a Jacobin-style revenge drama.

The Merlin books take place in the same background, but they are terrible. Avoid.

Comic Books (Injustice Gamer): There’s a lot of talk of the markets shrinking in sff and comics from the tradpub sources, and here’s a bit of my theory on the comics side.

I think Marvel and DC, with some help from Diamond(active to a point, but I have trouble believing they’re that dumb) might be actively colluding to close the comic book stores. Diversity and Comics has made a good amount of noise over the fact that over 60 shops have closed this year alone.

Marvel is being overshipped, and the stores have to pay for the books. DC had a few exciting and high selling things early in the year, but their more recent moves are really bad from a sales standpoint, and the stores would be more inclined to take those chances after the big early sales.

RPG (The Mixed GM): Some in the OSR complain about skill systems, particularly due to the introduction of the Thief character class. I understand that with the 3.X/Pathfinder and 5E, skill systems have gotten out of control. In response, I have even heard a call to remove Thieves from the game!

Had the good luck recently to acquire a complete run of the fanzine Xenophile. Have been reading a few issues, shocked by the low prices and high dudgeon evinced by subscribers at price increases of pulps to as much as $3 for a late 1930s Black Mask issue. Didn’t find it indexed, so this is my take on the index, which i plan to submit to FictionMags once it’s done. Will post a few articles from it once I’m done indexing.