Gaming (Modiphius): Today we’re delighted to announce the release of 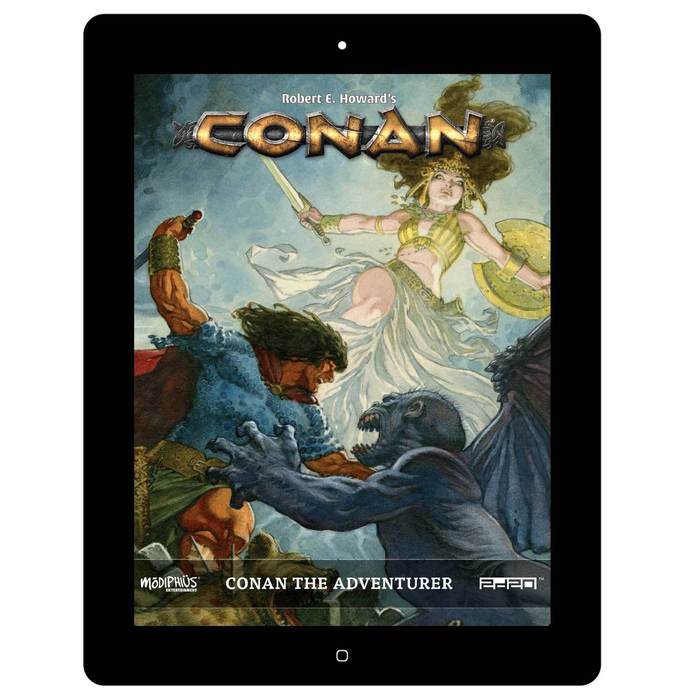 Conan the Adventurer in PDF a major new sourcebook for the acclaimed Robert E. Howard’s Conan Adventures in an Age Undreamed of RPG. Conan the Adventurer is the definitive guide to the lands south of the Styx River, including serpent-haunted Stygia, Kush, Darfar, Keshan, Punt, Zembabwei, and that vast region known to the folk of the Dreaming West as “the Black Kingdoms”. Rife with mystery and ancient, long forgotten cultures and ruins, this region is brimming with potential for adventure and intrigue.

Science Fiction (John C. Wright): LEGION OF TIME was first serialized from May to July of 1938 in Astounding Magazine. It concerns one Dennis

Lanning, who, as fate would have it, is the lynch pin on whose actions the existence of two mutually-exclusive future worlds hinge. The visions reveal that some future act of his will grant one of the two futures certainty, and abolish the other into impossibility. The impact of this tale on the science fiction readership of the day is easy to underestimate, and that for several reasons. Foremost, because it is hard to remember or imagine how new the central conceit of the story had been.

Asimov (lithub): By 1969, Asimov himself reported, he was being described

by longtime friend Frederick Pohl as someone who “turned into a dirty old man at the age of fifteen.” Asimov, by his own account, was “perfectly willing to embrace the title; I even use it on myself without qualms.” He wasn’t kidding. Two years later, he published The Sensuous Dirty Old Man.

Review (Eldritch Paths): I never know what to expect from author Brian 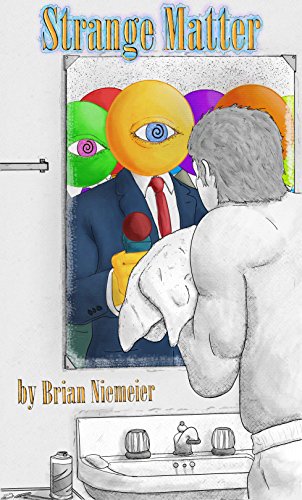 Niemeier. His works always seem to subvert my expectations while exceeding them. Strange Matter, his collection of short stories is no different. All the stories are just weird and different, and they range from fantasy to sci-fi to weird fusions of genres. In short, it’s awesome. Here are my thoughts on each story.

Culture  War (Walker’s Retreat): Independent author Misha Burton had a good Twitter thread (starting here) that identifies why contemporary fiction sucks harder than a Hoover on overdrive. Reproduced below; emphasis mine.  There is a significant difference between fantastic fiction of the form “what if I fought a dragon” and “what if I were a dragon”. For this discussion I don’t mean “dragon” literally–it could be magic spells or handwavium mutant superpowers.

omnibi collecting this classic run but in June, the publisher is scheduled to start making the stories available in the more affordable Epic Collection paperback format. Roy Thomas and Barry Windsor-Smith’s Red Sonja debut might be the main selling point — but check out the other artists represented in this volume: Gil Kane and John Buscema. Beauteous.

Fiction (DMR Books): The last ninety-plus years have seen Haggard’s star slowly fade. There was a massive shift, in many ways, immediately after 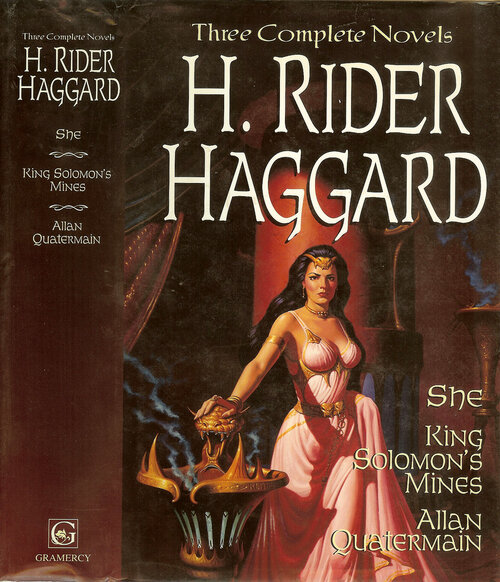 World War Two. A large percentage of the authors writing for the pulps and Men’s Adventure Magazines after WWII were influenced by HRH either directly or indirectly. However, there was a zeitgeist in the air which said that all those titans from the time before the Bomb were somehow wrong, and that a “better way” could be found…or just hadn’t been tried.  Thus, the gradual memory-holing of H. Rider Haggard.

Gaming (Monsters and Manuals): In adventurer-dense settings, you get an adventurer-friendly infrastructure developing. Institutions arise to facilitate what adventurers do, from your bustling inn brimming with hirelings and rumour, to your adventurer’s guild, your market in ancient treasures and exotic weapons, your sages willing to shell out fortunes for rare collectibles, and so on. (Arguably, the true potential of adventurer-dense settings has never come close to being fully explored; would a system of adventurer insurance come into being? How about hireling labour exchanges?

Tolkien (Tor.com): We’ve come now to the end of Fëanor’s story: to the infamous Oath and the havoc it wreaks on Valinor, Middle-earth, and especially the Noldor. In the title of this series of articles, I’ve called Fëanor the “Doomsman of the Noldor” for this reason. Mandos is known as the Doomsman of the Valar because he is the one who pronounces fates, sees the future, and is especially good at seeing through difficult situations to their cores. I’ve named Fëanor similarly because it is his Oath, his set of ritualized words, that bind the Noldor in a doom they can’t escape.

Fiction (Goodman Games): The Appendix N is a list of prolific authors of 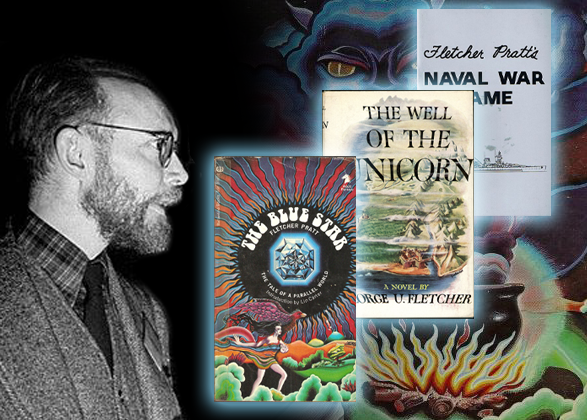 science fiction and fantasy. But Fletcher Pratt is not one of them, at least not in comparison to most of the authors on the list. He primarily wrote historical nonfiction about the Civil War, Napoleon, naval history, rockets, and World War II. So why is Fletcher Pratt listed in the Appendix N and why does he have the coveted “et al” listed after The Blue Star? 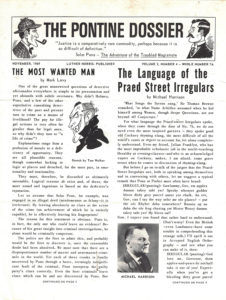 popular character inspired by Sherlock Holmes that was created by August Derleth, continued by Basil Copper and more recently by David Marcum. (I think calling him a pastiche doesn’t do him justice.) We’ve gotten reprints of the original works and collections of new stories, and recently we got the return of the scholarly journal on Solar Pons: The Pontine Dossier.

Video Games (Rawle Nyanzi): No one plays video games anymore. It can sure feel that way when no one purchases the indie game you worked so hard on. All those sleepless nights, all that time, effort, and money — all of it is ignored. You feel like you did nothing of value. But I’m not here to talk about video games, I’m here to talk about books. It’s easy to think that no one buys your book because “no one reads anymore,” but I believe that perspective is very mistaken. 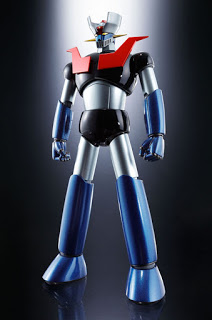 began, and in July an anime based on it began airing. A horror-action series that would become one of his flagship franchises, the anime was significantly toned down for television. The same year, on October second, Mazinger Z debuted in Weekly Shōnen Jump and a subsequent anime series from Toei Animation would begin airing on December third.

Publishing (DVS Press): Tradpub is a facade, but perception matters. You have to think about who you are facing, in what arena you are facing them, and what victory means. Yes, traditional publishing is in trouble right now due to store closures and paper supply problems, but that doesn’t mean they are dead. Most normal people don’t spend a second thought on the entire industry, and they certainly aren’t looking at any numbers to see what the problems within the industry are.

become the definitive biography on Robert E. Howard in the 21st century, titled “Blood & Thunder: The Life and Art of Robert E. Howard.” Published by MonkeyBrain Books in 2006, a second edition with revisions was later furnished by the Robert E. Howard Foundation Press in 2012. Finn, a scholar from Texas, was nominated for a World Fantasy Award in the Special Award — Professional category in 2007 for his biography and scholarship of Howard, highlighting how desperately the genre fiction community needed new scholarship of Howard, as his creations outshined him.

Fiction (Paul McNamee): Hugh “Bulldog” Drummond is ex-SAS with a 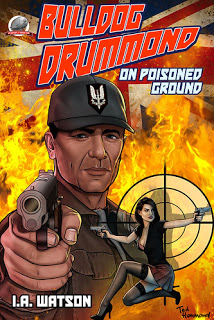 problem–he’s easily bored. Civilian life holds nothing interesting for him. He places ads for excitement. Once he’s sifted through the dross, he finds himself pulled into an international plot set on destroying Great Britain as a world power. Only Bulldog and his team of former comrades-in-arms can save the day, weaving between the law and the villains. I.A. Watson brings us a modern Drummond. This novel is as high-octane as any action movie out there today. The novel is wall-to-wall action, does not let up, and leaves you breathless.

Art (DMR Books): The three stories in “Castaways” were all good to varying 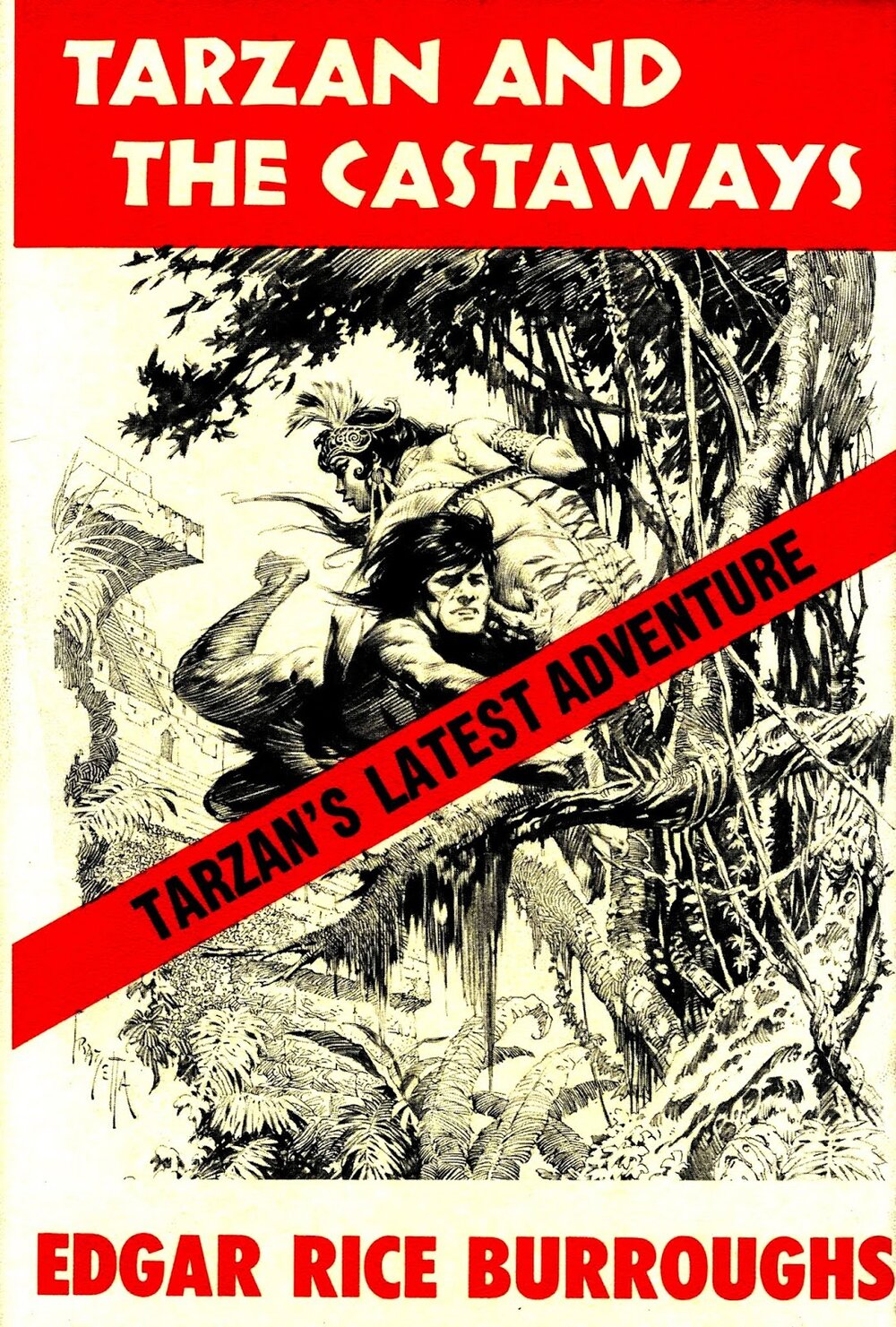 degrees, but the Frazetta art, every single plate of it, is what really sticks in my mind decades after I laid eyes on it. What I didn’t know until much later was that Frank had just finished up his first ever paperback gig doing ERB covers for Don Wollheim at Ace books. The Canaveral Press edition of Tarzan and the Castaways was Frazetta’s first chance at illustrating a book in the more prestigious hardcover format. Like the major league ballplayer he very nearly became, Frank swung for the fences.

Fiction (Legends of Men): The lost world genre centers around exploration. The land that comprises the setting has been lost or is legendary to the 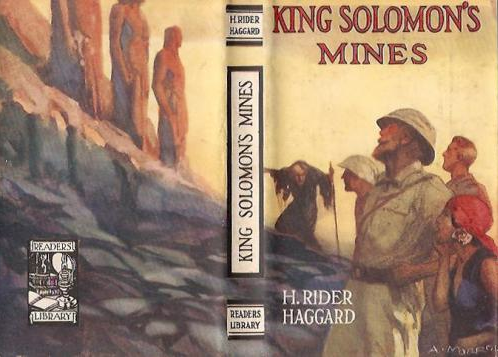 European characters in the stories. They often have something valuable like diamonds or gold. Those valuables compel the characters to search for the land, which is always hard to find and traverse many dangers in the process. The protagonists are usually forced into the role of explorer, even though it might not be their primary skill. For example, in King Solomon’s Mines, the protagonist is an expert elephant hunter who undertakes an exploratory quest.

Gaming (Old Skulling): Due to their importance and influence on the sword and sorcery adventures, Factions can effectively be treated as characters and, as such, can influence the events of the campaign in a myriad of ways. But how do we resolve the outcome of their actions in a fair and neutral way? This system proposes assigning them scores in 4 main Attributes similar to those of the PCs: Warfare, Subterfuge, Machinations, and Influence.