Firearms (Firearms News): Three decades ago, if you asked anyone who 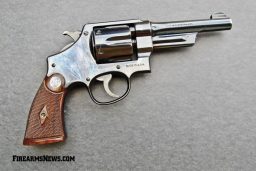 was a handgunner or firearm enthusiast, “What’s the best handgun for self-defense or woods carry?” the majority of the time the .357 Magnum would have been their reply. Its high velocity, impressive terminal performance and deep penetration provides stellar performance not only in terms of self-defense, but also medium game hunting and steel silhouette shooting. Yet, in a duty-size revolver it was still controllable while also being capable of excellent accuracy. 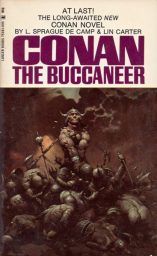 Fiction (Alexander Hellene): I have not undertaken a comprehensive survey of the old pulp masters of sci-fi, fantasy, adventure, or whatever genre label you insist on slapping on it. I have, however, read novels by Edgar Rice Burroughs, A.E. van Vogt, H. Beam Piper, Jack Vance, and Robert E. Howard, and there are several things I can tell you about the old, maligned tales these men wrote.

Games (Walker’s Retreat): Tabletop RPGs were one such thing that flew off. 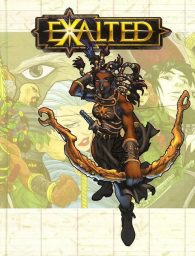 Specific games in the hobby hit the ground at different rates, and specific companies did also, but one I want to focus on is the best RPG to come out of White Wolf Game Studio. This is also the game that marks the company (and the hobby)’s fall into Ground Zero: Exalted. Originally published in 1999, Exalted was White Wolf’s first move into fantasy gaming. I ran an Exalted campaign for three years.

Awards (John C. Wright): The Hugo Awards are meant to celebrate high-quality science fiction and fantasy writing, and since 1953 they’ve honored many works by celebrated writers, ranging from Issac Asimov and Arthur C. Clarke, to Neil Gaiman and J.K. Rowling.  As with every creative award, from the Nobel Prize for Literature, to the Pulitzer Prize, to the Oscars, and any other comparable prize, not every winner can please everybody.  Some people are bound to loathe a winning work beloved by many, and countless amazing works have been snubbed of their well-deserved recognition.

Science Fiction (Wasteland & Sky): This post will be a bit of a 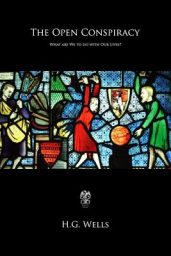 supplementary or epilogue to the last series on Fandom. The reason for this is that we needed a piece specifically on HG Wells, but also the core of his beliefs. What was it that he was aiming for that would cause a gaggle of anti-social nerds to tear through adventure and romantic storytelling in order to transform it into materialist message fiction? Certainly there must be a core ideology to it all. 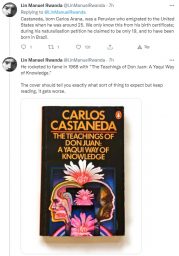 Pop Culture (Kairos): A Peruvian immigrant who rose to earn an anthropology doctorate from UCLA, Castaneda attained superstardom with a series of books peddling new age mysticism to gullible Boomers. Though long since debunked as fabrications, Castaneda’s works have made a profound impact on American culture – perhaps achieving their widest reach through his most influential reader, George Lucas.

Art (DMR Books): Tom Barber was one of the more striking, talented artists 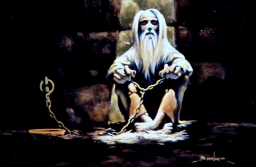 working in the sword-and-sorcery renaissance of the 1970s and early 80s. He painted the covers of many classic paperbacks of the era, including the likes of the Robert E. Howard collection Black Vulmea’s Vengeance (Zebra), three volumes of the Lin Carter paperback revival of Weird Tales, and Adrian Cole’s Dream Lords series. He also did work for several periodicals including the likes of Heavy Metal, Amazing Science Fiction and Galileo.

Fiction (With Both Hands): As an example of how this works, today Charles Dickens is widely considered a “great” author, routinely assigned for reading and analysis in both secondary and post-secondary education. Yet, in his own time and in the decades after his death, he was considered a “popular” author, widely read but of no great import in the history of literature. Think of Dean Koontz or Diana Gabaldon today. The person who changed that was G. K. Chesterton, who wrote a biography of Dickens [Amazon link] that sparked a revival of interest in Dicken’s work, and a critical re-appraisal of his art.

of sword-and-sorcery? I’m a long-time D&D fan and ex-gamer who may again pick up the dice bag. D&D is an awesome game, has given me countless hours of unadulterated joy, and I will unequivocally state that the world is a better place for it. But, I don’t think it has necessarily been a uniformly positive influence for subsequent generations of writers. Specifically, it may have played a role in the downfall of sword-and-sorcery. 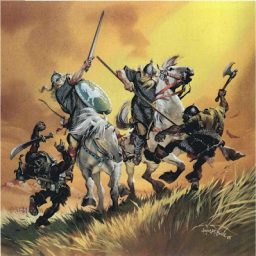 Art (Akratic Wizardry): At long last, the post on my second-favourite FRPG artist of all time: Angus McBride! (A brief recap of the artists covered hitherto: number five is Russ Nicholson; number four is Peter Fenlon; and number three is the Erol Otus.) I know McBride’s work primarily from the covers he created for ICE’s line of Middle-earth products (the core rulebook and many campaign modules), as well as ICE’s core Rolemaster rulebooks. Since I was an avid player of MERP (‘Middle-earth Roleplaying’) throughout most of the 1980s, many of my books were graced with McBride’s work.

Tolkien (Bounding Into Comics): The Equality and Diversity Officer for the Centre for Fantasy and the Fantastic at the University of Glasgow as well as Vanity Fair’s Tolkien expert that they used to call fans racists, Mariana Rios Maldonado, recently penned an article alongside self-described specialist on J.R.R. Tolkien, Dimitra Fimi, accusing Tolkien of orientalism and applauding Amazon’s decision to remove white characters.

who had heard the same tales from their kinsmen and forefathers. His grandfather was a political cartoonist, so ‘recent’—at that time—Irish history was a living thing in the FitzPatrick household as well. All of this made Jim uniquely qualified to illustrate the entire history of Ireland as the Irish have told it to themselves for over four thousand years. For the last half-century and more, FitzPatrick has done just that.

D&D (With Both Hands): In the course of researching wilderness mapping and exploration in AD&D, I stumbled on the very interesting blog Nagora’s Corner, and the even more interesting post AD&D Clerics – Where Did It All Go Wrong?

This is a subject I looked at in some detail last year, starting with Clerics in Fantastic Literature, then following up with The Church in D&D, and The Known Planes of Existence [caused by a comment by the selfsame Nagora].

History (The World News): Archaeologists have discovered what are likely to be the long-lost tombs of up to 65 British Kings and other senior royals from the era associated with the legend of King Arthur. The discovery is a major breakthrough in archaeologists’ and historians’ understanding of the nature of Dark Age society. As investigations continue, it may also shed crucial new light on the currently often poorly understood political geography of post-Roman Britain.

Science Fiction (Marzaat): This novella’s editorial reception was, shall we say, muted. It was first published in the March 1957 issue of Fantastic Universe Science Fiction which John F. Carr calls a “salvage market” only paying a penny a word. It’s not really known when it was written, but Piper’s diary indicates it was written at least as early 1955.

History (Frontier Partisans): Since the release of ‘Big Iron’ more than six

decades ago, fans have speculated about the exact type of gun referenced in the song’s title, and now the internet has given the topic new life. As we’ll see, however, the identity of the big iron gun is more of a mystery than one might imagine.

HBD (Razib Substack): The Finns also exhibit a range of affinity to other European groups, but they are still quite distinct, due to their genetic isolation and history of bottlenecks. The Finns’ Karelian neighbors are quite close to them as individuals on this plot. Also expected due to geographic and ethnic affinity. The Tatars and Mari are both shifted to East Asians as a whole as you’d expect, though still closer to Europeans overall on the PCA as well. Notice that the Tatars are south of the Mari on the y-axis. This reflects the reality that the Turkic ancestry within the Tatars tends to be from the southern region of Siberia, with some of it having mixed with Central Asian populations.