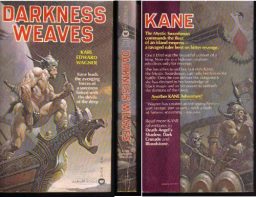 action in memorable settings. It also drops terrific characters into those settings and lets them run free. Some of those characters have stood the test of time. I’ve selected ten of those that I consider the pantheon of the genre. There is no science here. It is arbitrary and personal. Feel free to disagree. There is no way to be wrong in these exercises.

Hugos (John C. Wright): There is a very sharp divide between the lenses through which the recent Hugo Awards are viewed.  The motives and ideologies of individuals on all sides of the controversy have been called into question by opponents, and this article is meant as an introduction to a handful of the most hotly contested points specifically levelled against the Sad Puppies as opposed to a thorough analysis of all of the various points of dispute about all sorts of people in recent years. 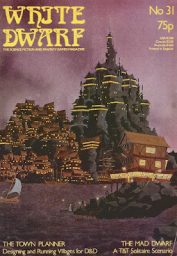 marks the fifth anniversary of the magazine. Alan Howcroft provides its cover, which depicts a coastal fantasy town, perhaps intended as an illustration for “The Town Planner” by Paul Vernon. This article is the first part of a follow-up series to Vernon’s previous two-part “Designing a Quasi-Medieval Society” series.

Writers (Walker’s Retreat): At the usual time of 1pm Central Time, Daddy Warpig and Dorrinal will be live with Sky Hernstrom to talk about Sky’s new work and anything else that comes up. Be there live if you can, and catch the replay if you can’t. 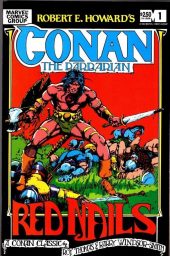 parts for Weird Tales, July, August-September, and October 1936. It was reprinted in The Sword of Conan, Gnome Press, 1952. It is the first story in Conan the Warrior, Lancer Books, 1967. (Conan the Warrior was the 2nd book published in the series but was the 7th chronologically.) 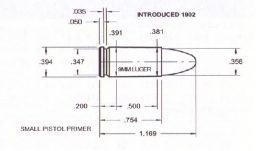 Firearms (Eric Nestor): Is the 9mm Luger cartridge itself now the same as it was way back in 1901? It has grown to so many different loads that many books could not even be written to cover each and every one currently made. Hollow point ammunition was the first to be expanded on and finally mastered. Early hollow point projectiles sometimes did not expand like they were supposed too.

Fiction (Benjamin Cheah): Flight after flight, floor after floor, she climbed the stairs. She thought of nothing, she felt nothing, she focused solely on putting one boot in front of the other, over and over and over. Round and round and round she went, forever turning clockwise. She kept her hand on the handle of her sword, ready for instant action, keeping to the outer edge of the stairs. The higher she climbed, the darker it grew, taking her further and further from the glow of the sea of Dust.

Authors (Tellers of Weird Tales): Joseph Payne Brennan (1918-1990) was old enough to have corresponded with and even to have met H.P. Lovecraft (1890-1937). Like Lovecraft’s eventual literary executor, Robert H. Barlow (1918-1951), he could have, as a teenager, entered into Lovecraft’s circle. But he didn’t. Brennan was also old enough and probably good enough and talented enough to have been published in Weird Tales in the 1940s, possibly even in the 1930s.

Weird Tales (Dark Worlds Quarterly): You have to acknowledge that Fu had 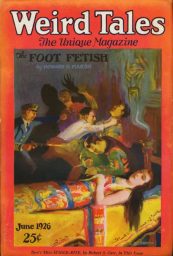 his influence over the Pulp magazines that followed his creation. To this day, dictionaries refer to a long mustache as a “Fu Manchu mustache”. Sax Rohmer was serialized in magazines like Collier’s but his shadow can be detected in the works of those who sold to Farnsworth Wright at Weird Tales. 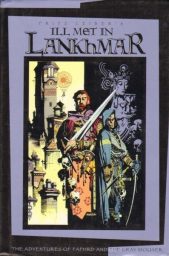 Art (DMR Books): I discovered Fritz Leiber, Mike Mignola, and sword-and-sorcery at the same time. I was a teenager in the suburbs of Houston when I picked up the collection Ill Met in Lankhmar by White Wolf Publishing at a Barnes and Noble. This was a double collection that includes Swords and Deviltry and Swords Against Death. I had heard of Leiber’s Fafhrd and the Grey Mouser tales in some SF magazine and was interested in reading them.

Reading (Art of Manliness): War is unquestionably mankind at his worst. Yet, paradoxically, it is in war that men — individual men — often show the very best of themselves. War is often the result of greed, stupidity, or depravity. But in it, men are often brave, loyal, and selfless. I am not a soldier. I have no plans to become one. But I’ve studied war for a long time. I am not alone in this. The greats have been writing and reading about war — its causes, its effects, its heroes, its victims — since the beginning of written text.

Fiction (Fantasy Literature): The book in question this time is called The 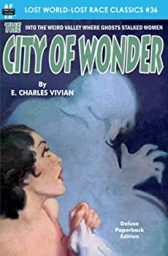 City of Wonder and was written by one E. Charles Vivian. A more impressively penned novel than Rousseau’s, the book combines the standard lost-world/lost-race tropes with a pleasing dollop of supernaturalism. And whereas the Rousseau novel had as its locale for those sea demons a very precise location in the Shetland Islands, Vivian’s book has as its location … well, I’m really not sure. More on this in a moment. 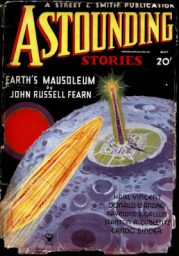 Science Fiction (M Porcius): Let’s travel back in time to 1935, via the internet archive and the May issue of Astounding, edited by F. Orlin Tremaine and featuring long reader letters arguing about the Earth’s magnetic field, foot pounds and Lenz’s Law, ads dramatizing the agonies of women with asthma and men who don’t have enough money to get married, and stories by John W. Campbell, Jr., Donald Wandrei, and Raymond Z. Gallun.

D&D (Goodman Games): As I mentioned in my prior piece, gaming can, and 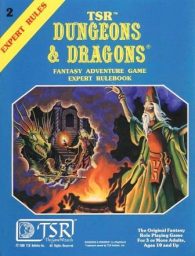 in many instances has, inspired gamers to take up a pen and launch successful careers as fantasy authors. Before they were writers, the likes of China Mieville (author of Perdido Street Station), Cory Doctorow (Down and Out in the Magic Kingdom), and Joe Abercrombie (First Law trilogy, The Heroes) were slinging dice at the game table. George R.R. Martin is another notable author who sings the praises of role-playing, though he had started writing in 1971, prior to the invention of D&D. 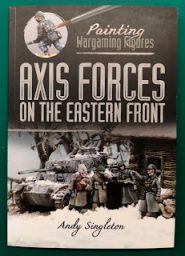 Wargaming (Iron Mammoth): This is the third of Andy Singleton’s painting guides that I have reviewed ( Early Imperial Romans and WWII in the Desert). As usual, they are well researched and give some useful background on the period and theatre of war.

Fiction (Crime Reads): What if FDR was successfully assassinated by 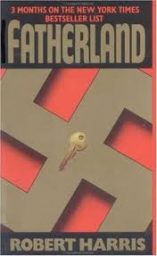 Giuseppe Zangara in 1933? What if Nazi Germany and Imperial Japan won the Second World War? What if Jewish-European refugees settled the town of Sitka, Alaska in the early 1940s? What if Hollywood found a way to quite literally profit off the human soul? 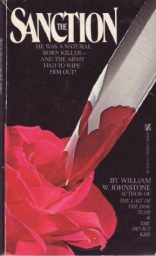 Horror (Too Much Horror Fiction): In the early and mid Eighties Zebra cranked out a handful of paperbacks that featured photos of knives slicing through various fruit, and in one case, a rose—not too obvious now! You’ll recognize a few names: Joe Lansdale‘s first novel, Act of Love; two from hack supreme William W. Johnstone; and two from “Philip Straker,” an pseudonym of Edward Lee, who would become a prolific extreme horror author in later years, and from what I can tell, he has disowned these two early titles.