Book Collecting (DMR Books): As important to me as Abraham Grace Merritt (I prefer his byline – A. Merritt) is, it constantly surprises me that there 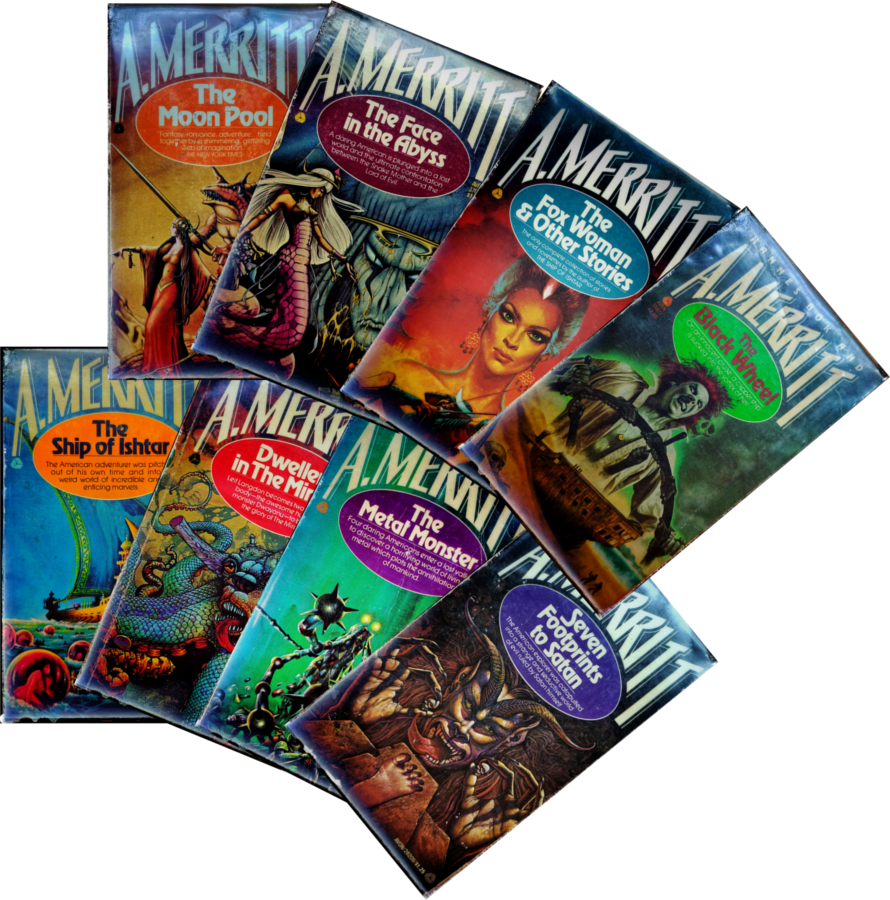 are still many today who have never heard of him.  Actually – let me walk that back a bit.  It used to surprise me.  I’ve seen that blank look so many times by now that the follow-up comment comes all-too automatically as I try to place Merritt in some context the rest of the world understands: “He was a famous pulp author who was admired by Lovecraft and Howard…”

And then it kind of trails off when some reply: “Howard?”  “Lovecraft?”  “Pulp what?”

What’s a pulp-story-loving guy to do?

Authors (DMR Books): The merits of Robert E. Howard’s fiction have long been overshadowed by public perception of him as a one-dimensional writer of simple-minded adventure and fantasy stories. This is particularly the case when recognition of him is conflated with the image of “Conan the Barbarian”: in some minds, the two are virtually indistinguishable. (I recall reading a reference to Howard some time ago in which he was referred to as “a Texas bodybuilder,” which is true as far as it goes but is on par with identifying the Pope as a bachelor—also literally true, as far as it goes, but not quite the whole story.)

History (Men of the West): The ancient Chapel of Cilliechriost, in the parish of Urray, in Ross-shire, was the scene of one of the bloodiest acts of ferocity and revenge that history has recorded. The original building has long since disappeared, but the lonely and beautifully situated burying-ground is still in use. The tragedy originated in the many quarrels which arose between two great chiefs of the North Highlands—Mackenzie of Kintail and Macdonell of Glengarry. As usual, the dispute was regarding land, but it is difficult to arrive at the degree of blame to which each party was entitled; enough that there was bad blood between these two paladins of the North. Of course, the quarrel was not allowed to go to sleep for lack of action on the part of their friends and clansmen. 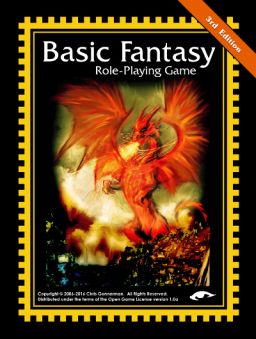 of the early 1980’s”, which is code for an Old School Revival (OSR) game based on the old D&D mechanics that Wizards of the Coast released under open license some twenty(!) or so years ago.

The thing about OSR games is you never quite know whether they are reviving the experience or just the rules of yesteryear’s roleplaying. The two are different because the world has changed.

Merle Constiner, Butler County author who lives in a 130-year-old house in Monroe finds that adding some Western lore to his writing activities brings variety into his profession. Constiner, who in the past has written historical short stories and novelettes for magazines, has recently finished his second Western novel. 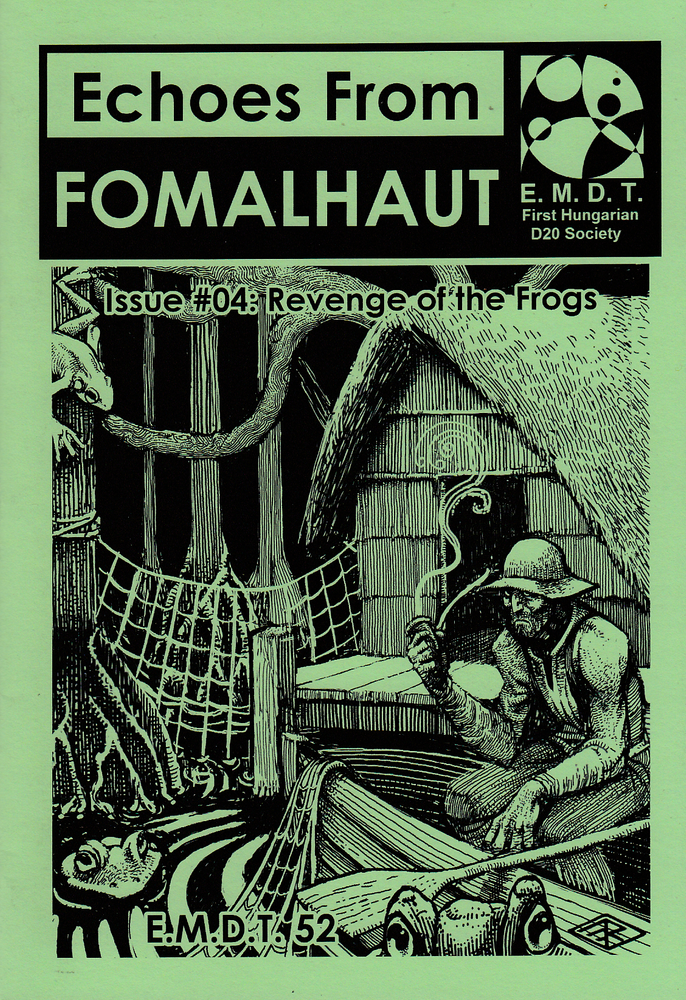 Available from the Publisher in Print/PDF combo for $8.00. (PDF forthcoming and will be available on DTRPG.) 40 pages.

Gaming (Old Skulling): I love the Adventure Title Generator in the Sharp Swords & Sinister Spells – Addendum book and the one in Solar Blades & Cosmic Spells. I think they are so inspiring. When I generate a name, they always come with visual imagens in my mind and immediate plots that could transpire with a story with that name.

But a friend of mine has come up with a cool way to start a game using the Adventure Title Generator and make the players do all the work. His name is Filipe “Pep” and he calls this the “I Know What You Did Last Adventure” method!

Gaming (Monsters and Manuals): Until last year, I did not know there was such a thing as “Age of Sigmar”. Currently, my knowledge of the setting extends to its wikipedia page. I ought to hate it. I do, happily, hate aspects of it. The names are horrendous – not just the druadin=dwarves, orruks=orcs nonsense, but the terrible unimaginative pseudo-exotic rubbish monolingual English speakers come up with when they try to think of a place name that sounds fantastical (“Ghur”, “Ghyran”, “Ulgu” – give me “Bretonnia” any day). The “Stormcast Eternals” concept is dreadful (you can just imagine the conversation in the board room: “People love Space Marines. We’ve got to find some way to get Space Marines into Warhammer”). 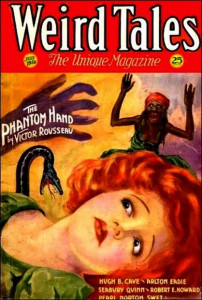 Homecoming” in this recent podcast.

My take on this…? The guy that acts like a T-800 terminator cast in multiple year(s) long Taken scenarios is going to continue soldiering away on the vengeance front until he drops.

More importantly, if you’re talking Solomon Kane, then you’ve got to have Howard’s pulp fantasy Africa. Africa, the Dark Continent, land of shadows and horror, of bewitchment and sorcery, into which all evil things had been banished before the growing light of the western world! (One more reason why the Solomon Kane movie isn’t a Solomon Kane movie, y’all!).

Amateur Press (Don Herron): First Brian alerts me to the fact that REHupa mailings from the estate of Carl Osman are on the block at eBay (some with deadlines today).

Now he sends at least tentative proof that Carl is in fact a goner, with an online obit.

When Carl was in REHupa he titled his zine The Burkburnett Papers — at the time he was living in 926 Cropper in the burg of Burkburnett, Texas. Since Carl Osman isn’t that uncommon a name, Leno needed to reconcile the info that Obit Carl was a resident of Baraboo, Wisconsin at the time of his death. He does so in classic deductive style:

As far as publications and other literary endeavors go, January 2019 has been the most successful month that I’ve had in a long time. Quite a lot of things have appeared. I figured it was worth a blog post. Helps me keep everything straight myself, so here they are—in no particular order.

Fiction (Too Much Horror Fiction): From a mind deranged springs this ludicrous, bat-shit bonkers sleaze-horror novel. This is the book that’s either 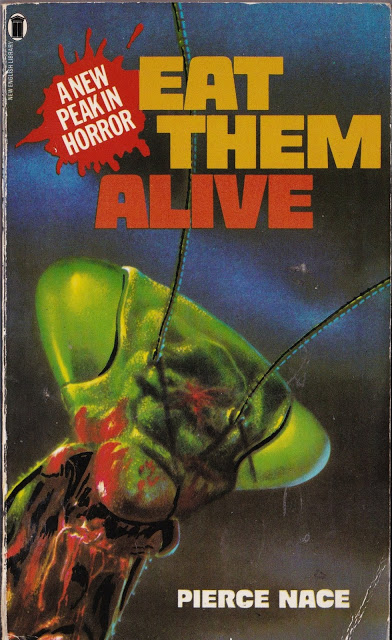 the zenith or the nadir of paperback pulp-horror fiction. In fact I feel guilty selling it as either because as of today, this book is impossible to obtain for less than $300, and it is not worth that no matter where it stands on the horror scale. Eat Them Alive—its title alone appealing to our basest fears, crude and simplistic as a tabloid headline, humanity reduced to food—is truly garbage. There’s no percentage in arguing otherwise. And yet…

RPG (Playing at the World): Back when D&D turned 40 in 2014, I put up a post about the date I favored for celebrating its anniversary: the last Sunday in January. Today, January 27, is the last Sunday in January 2019, and the day that I will be tipping a glass to Gary Gygax, Dave Arneson, and the many others who made D&D possible 45 years ago. Above is an excerpt from a letter that Gygax sent to Arneson — as it reads, just days away from the printing.

Gaming (Pulsipher Game Design): This is from a quora question: “James Simonse wants an answer to: What are some examples of badly balanced board games?”
Rather than list some unbalanced games, I want to talk about unbalance itself.
It isn’t always clear whether a game is unbalanced. Perhaps a group of players haven’t figured it out, and as a result one side or another enjoys a big advantage or disadvantage. Or “the jury may still be out”.
Take Scythe as an example. It’s a popular game, though released only recently.